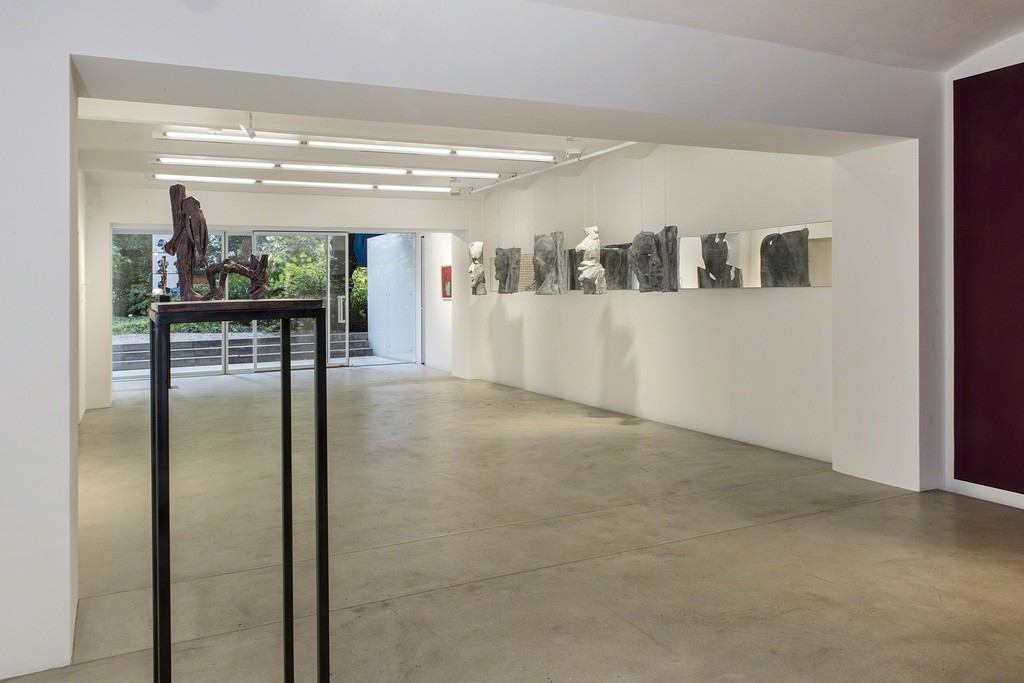 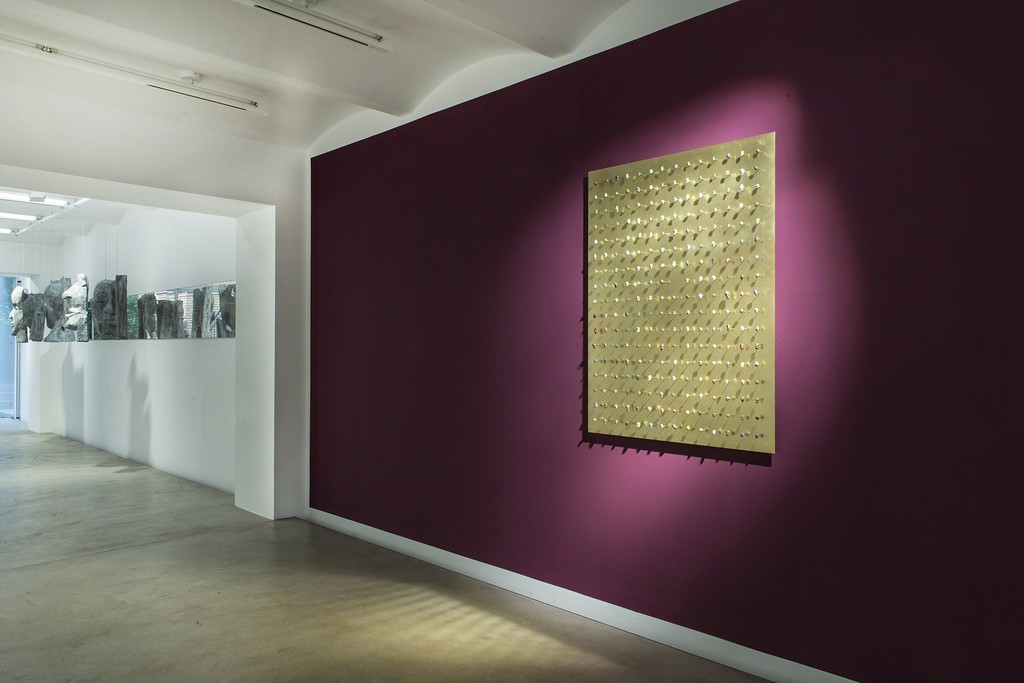 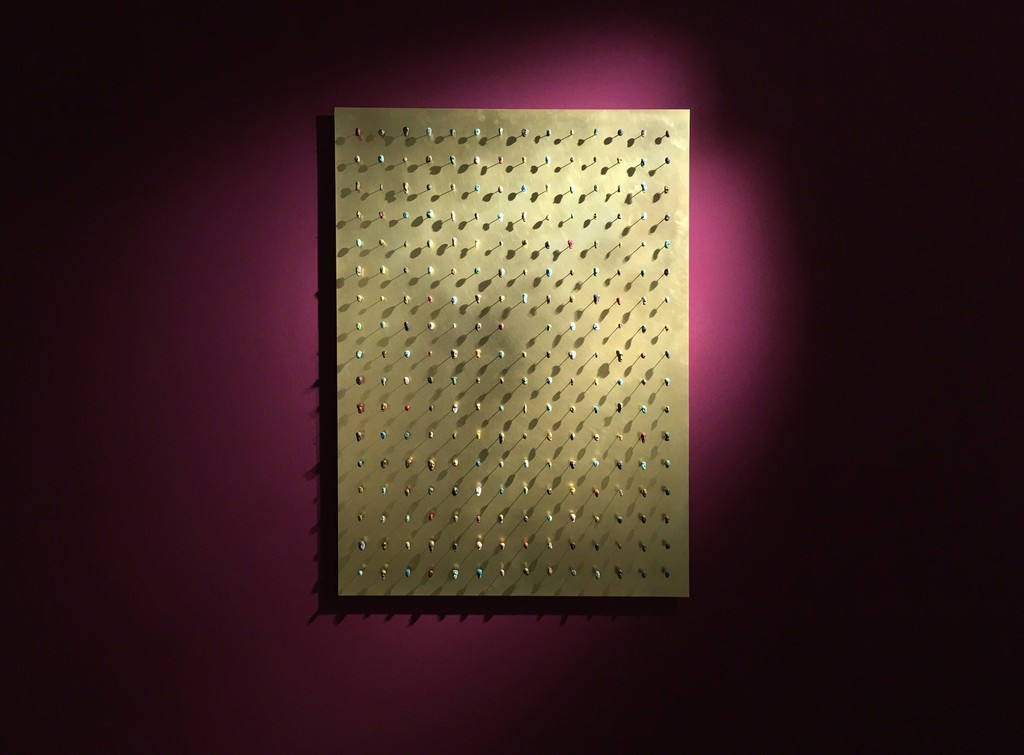 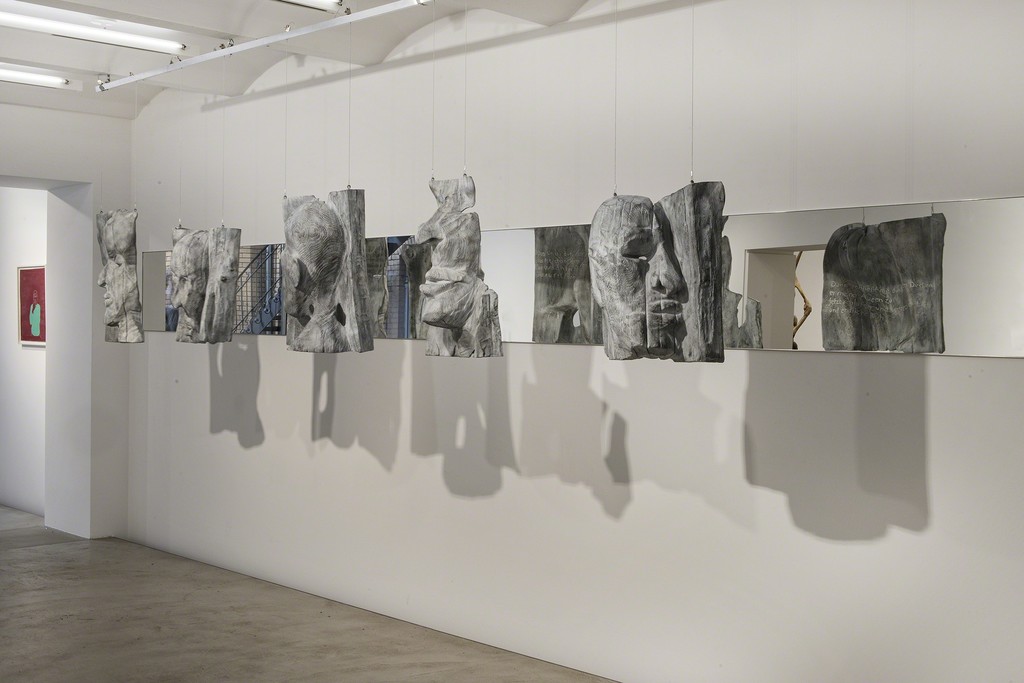 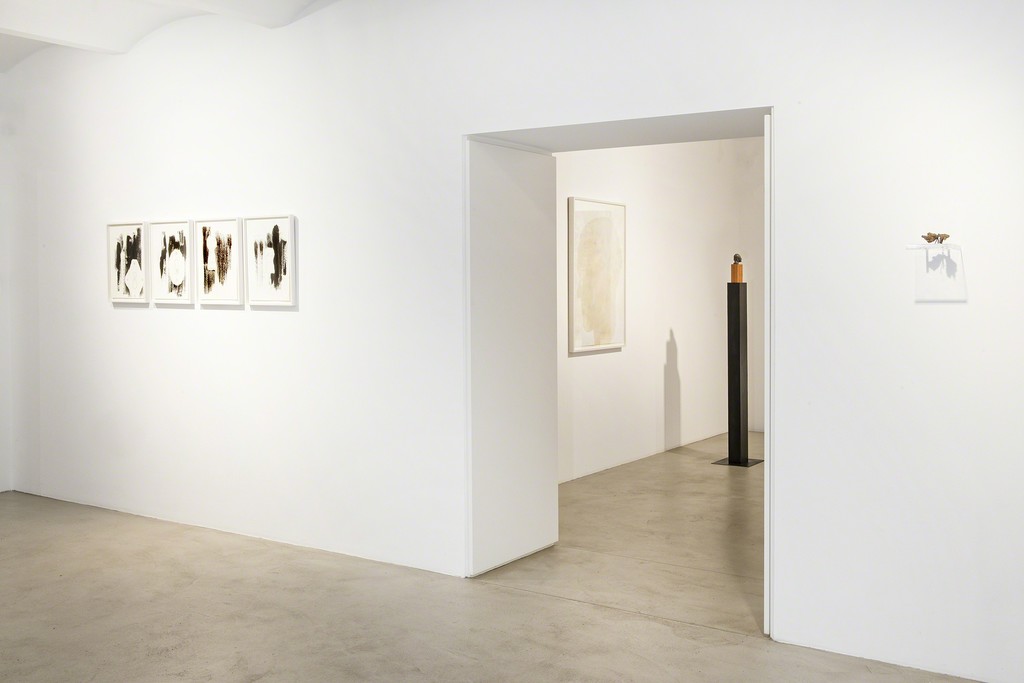 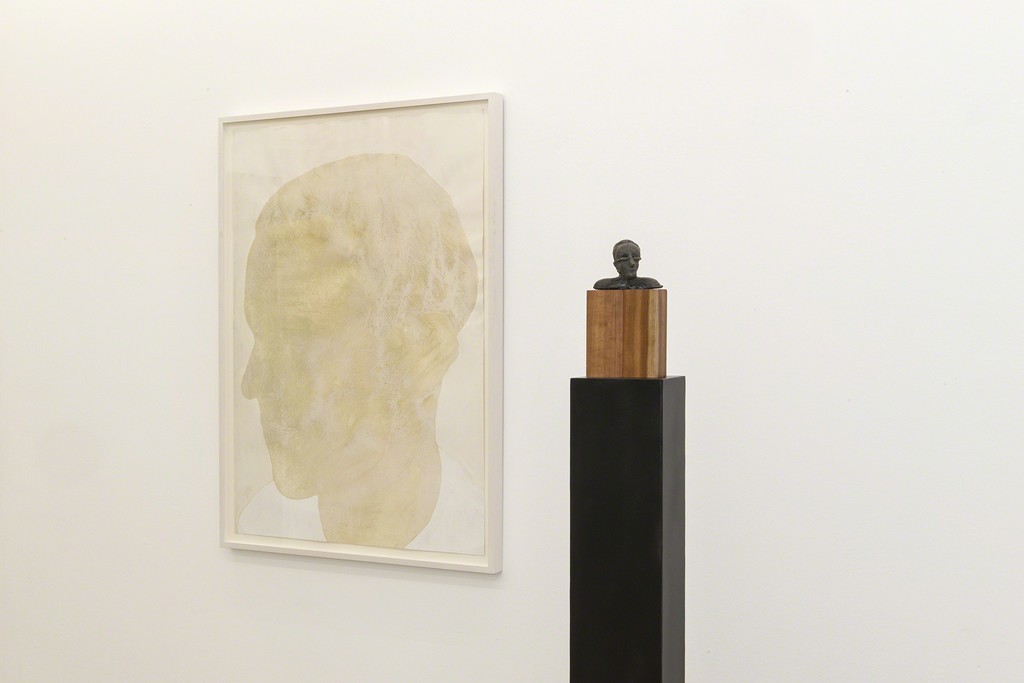 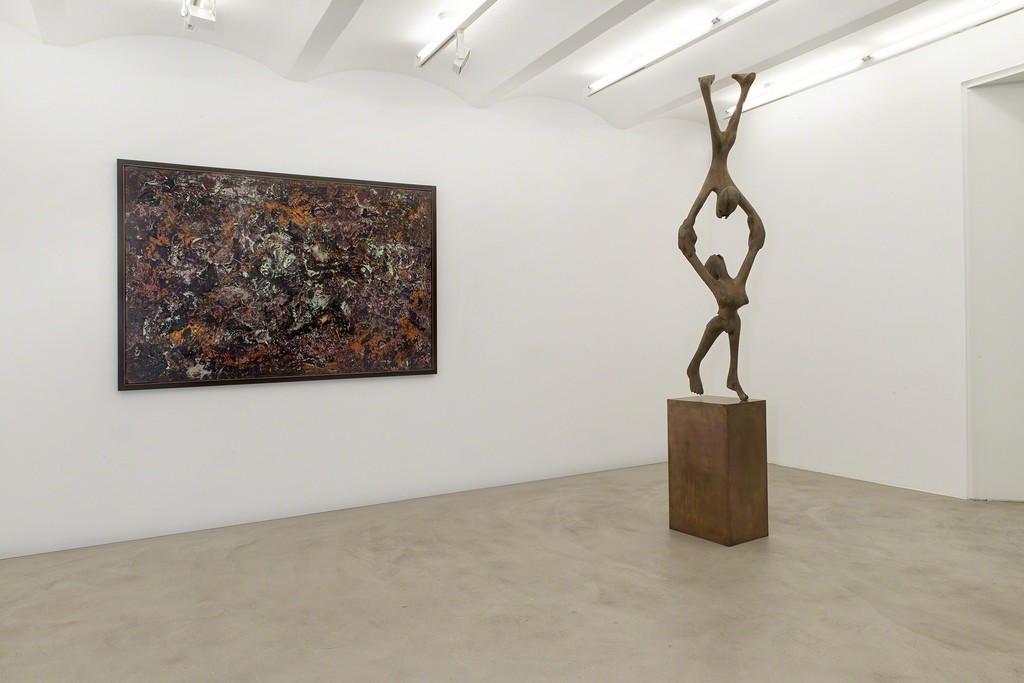 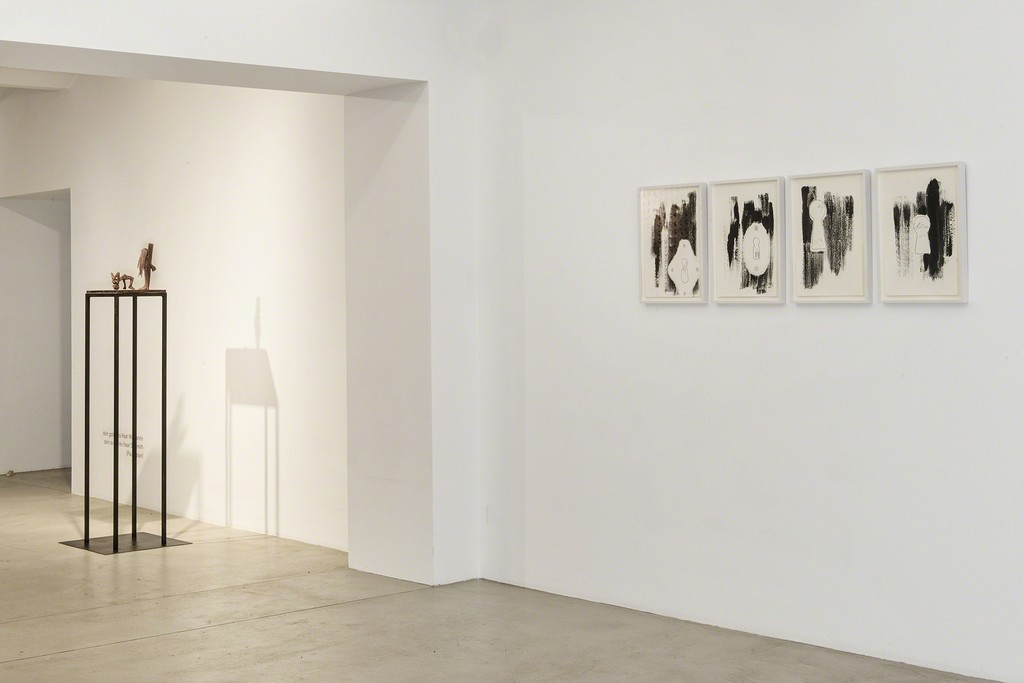 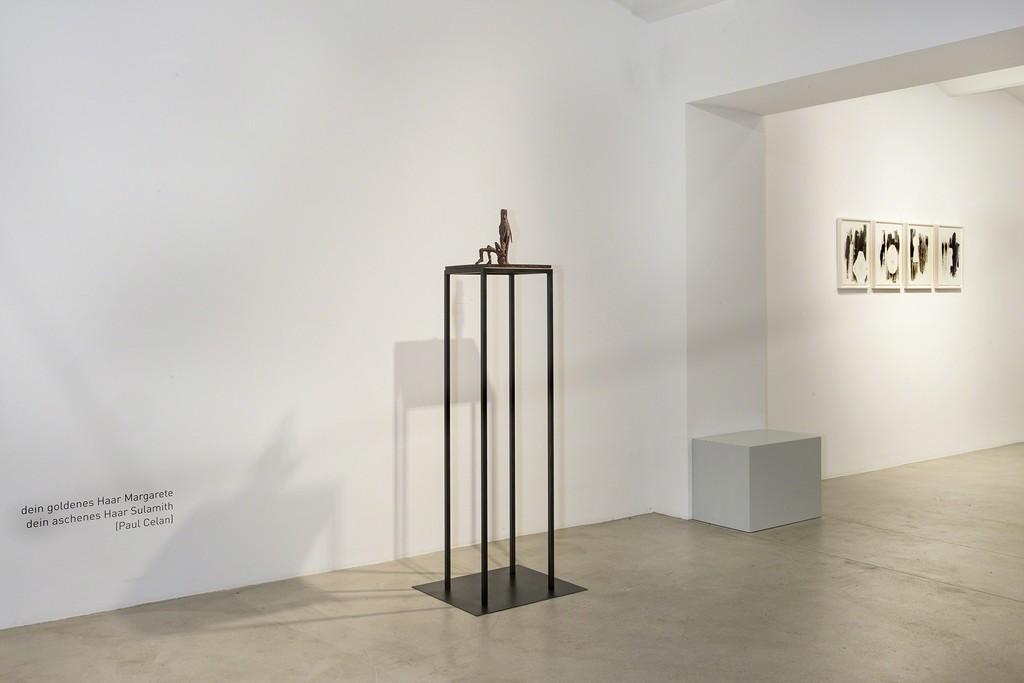 “Was bleibet aber, stiften die Dichter” (And poets establish/that which endures)– this quote from German poet Friedrich Hölderlin provides the title for a new exhibition of works by Alexander Polzin that will launch Galerie Kornfeld’s autumn season on 10 September.

For more than 17 years it had been one of Alexander Polzin’s most cherished dreams to create a monument in memory of the poet Paul Celan in the latter’s adopted city of Paris. On 31 May, this dream finally became a reality when the sculpture “Hommage à Paul Celan” was unveiled during a festive ceremony in the Anne Frank Garden in Paris, featuring prominent guests from the world of politics, culture and business.

To celebrate Alexander Polzin’s “Hommage à Paul Celan”, Galerie Kornfeld will show a selection of his sculptures, paintings and works on paper, all of which explore the art of poetry and its authors, the great writers of Western and European culture. This intensive exploration of literary and philosophical texts and ideas forms the essence of Alexander Polzin’s work. The artist has close personal and intellectual ties with many writers, philosophers and scientists: Thomas Brasch was a close friend and renowned authors such as Péter Nádas, Durs Grünbein, Péter Esterházy and Hungarian Nobel Prize winner Imre Kertész have all written illuminatingly and poetically on the artist and his work.

In addition to Alexander Polzin’s draft for “Monument for Paul Celan”, the exhibition assembles works inspired by the words and personalities of writers as varied as Dante Alighieri, Giordano Bruno, Bertolt Brecht, Heiner Müller and Thomas Brasch. Although the human figure is at the centre of his sculptural work, Alexander Polzin is not interested in a portrait-like reproduction of people. While the immediate, emotional corporeality and expressiveness of his sculptures call for a dialogic examination of the work in its physical presence, Alexander Polzin is mostly concerned with the ideas that take shape in his art. Like works of poetry, Alexander Polzin’s pieces primarily revolve around thoughts and ideas, concerning moral, social and societal questions. As evidenced by his monument to Paul Celan in Paris, he very consciously seeks out the public space as a stage, where he “takes the risk”, as the influential German art historian Hans Belting puts it, “of once again exploring themes through figurative sculpture”.

Even though sculpture is Alexander Polzin’s primary means of expression, the work of the trained stonemason also includes paintings, drawings, graphics, and even directorial works. His art is displayed in many important public spaces: the monument “Hommage à Paul Celan” in the Anne Frank Garden and the monumental sculpture “The Pair” in the foyer of the Opéra National de la Bastille, both in Paris, the monument “Giordano Bruno” in a prominent position on Potsdamer Platz in Berlin, and the sculpture “Socrates” on the campus of Tel Aviv University.

Alexander Polzin’s works have been exhibited in international galleries and museums, such as the Getty Center in Los Angeles, the Anna Achmatova Museum in St. Petersburg, the Kunstmuseum Ahrenshoop and, most recently, in the museums of the Vatican in Rome. In 1996 he was artist-in-residence at the International Artist House in Herzliya near Tel Aviv, Israel. Alexander Polzin has also been working as a stage designer for over a decade, collaborating with renowned composers, directors and artistic directors, in, amongst other places, Madrid, Salzburg and Geneva.

The exhibition will be accompanied by a literary evening with Durs Grünbein entitled “Zündkerzen” (“Spark Plugs”), which will take place on wednesdey, 14 September at 6.30 pm.

Thomas Brasch’s quote „Was soll eigentlich aus Mitteleuropa werden, wenn ich nicht mehr da bin?" (What should become of middle Europe, if I am not there anymore?“) serves as the headline for an evening on Thomas Brasch on Monday, 10 October at 6:30 pm with Joachim von Vietinghoff (producer) and Alexander Polzin, presented by Andreas Rötzer (Matthes & Seitz)

Attendance for both events is free, but registration is necessary ([email protected].)

We are happy to provide printable images or further material on request.

Should you have any questions or require further information, please do not hesitate to get in touch.
Best regards,