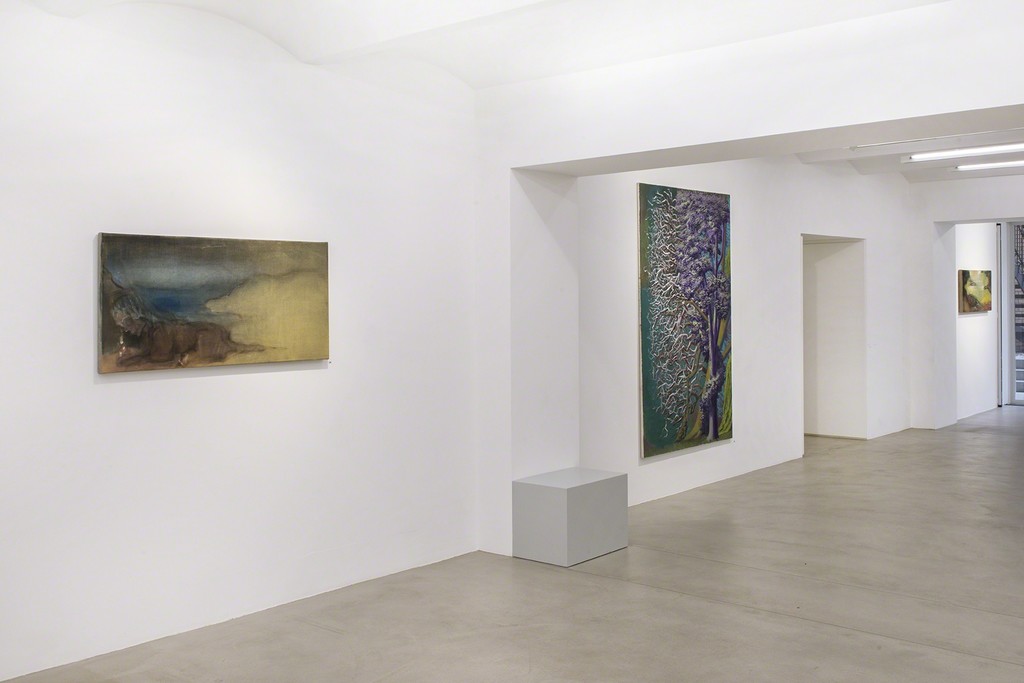 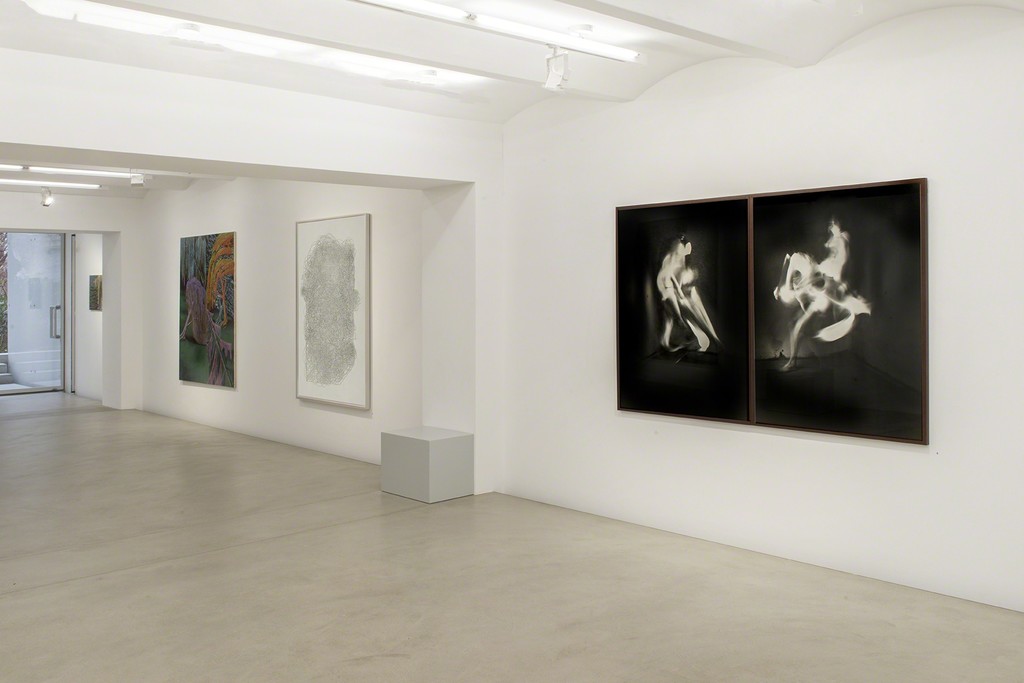 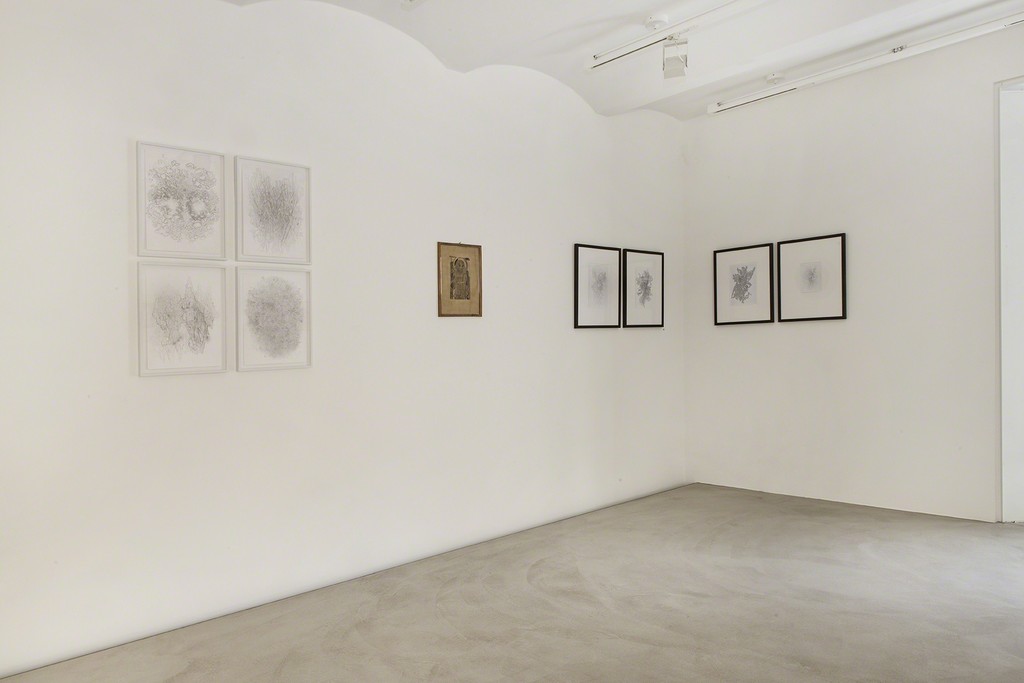 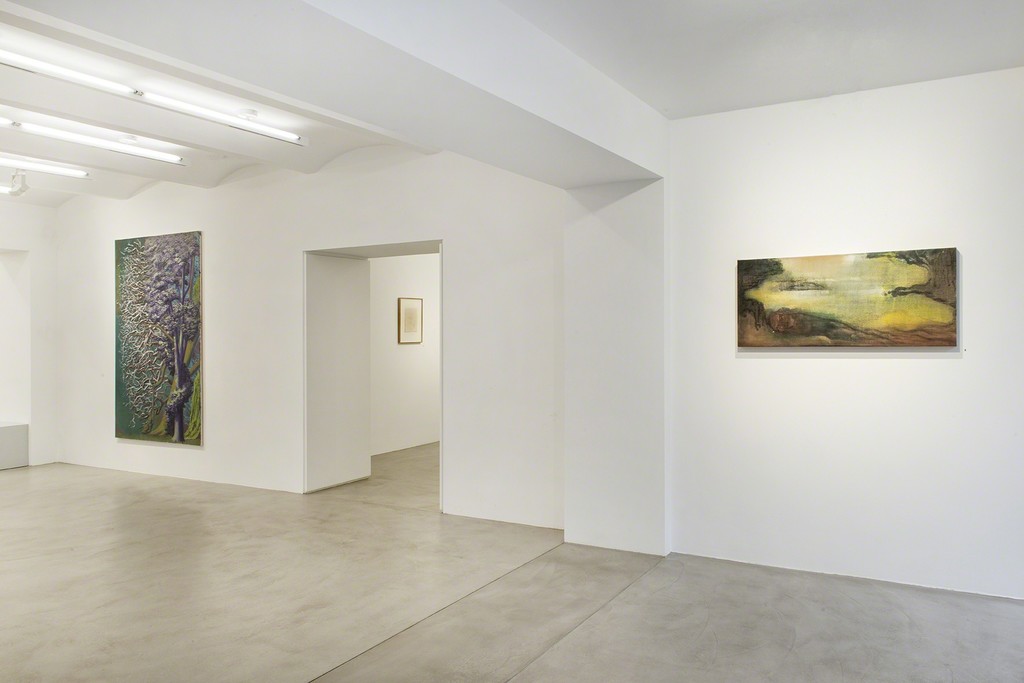 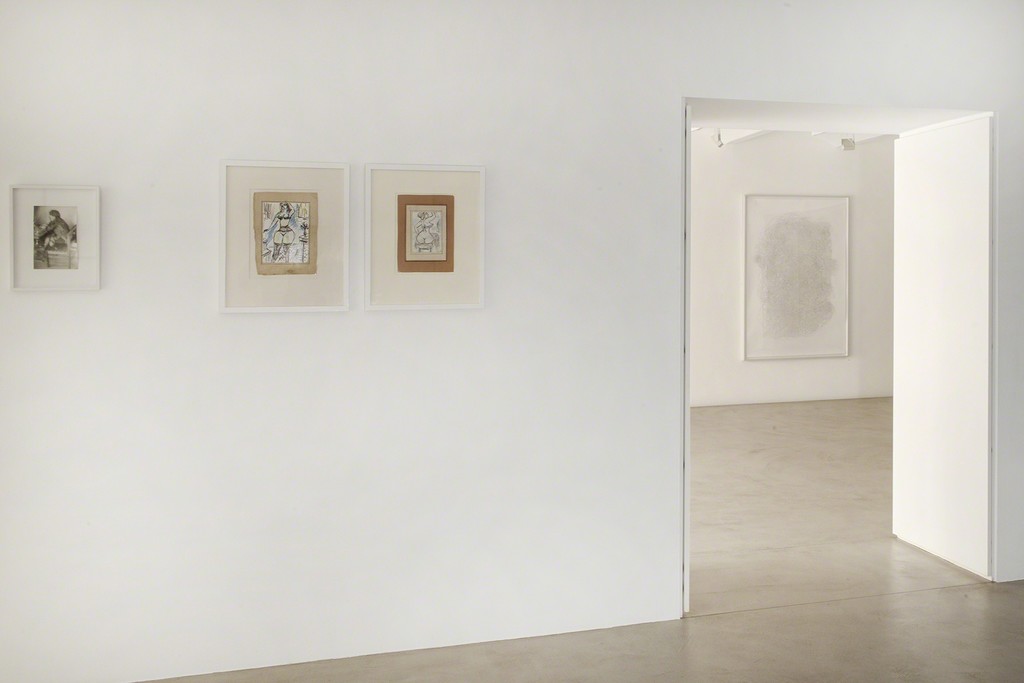 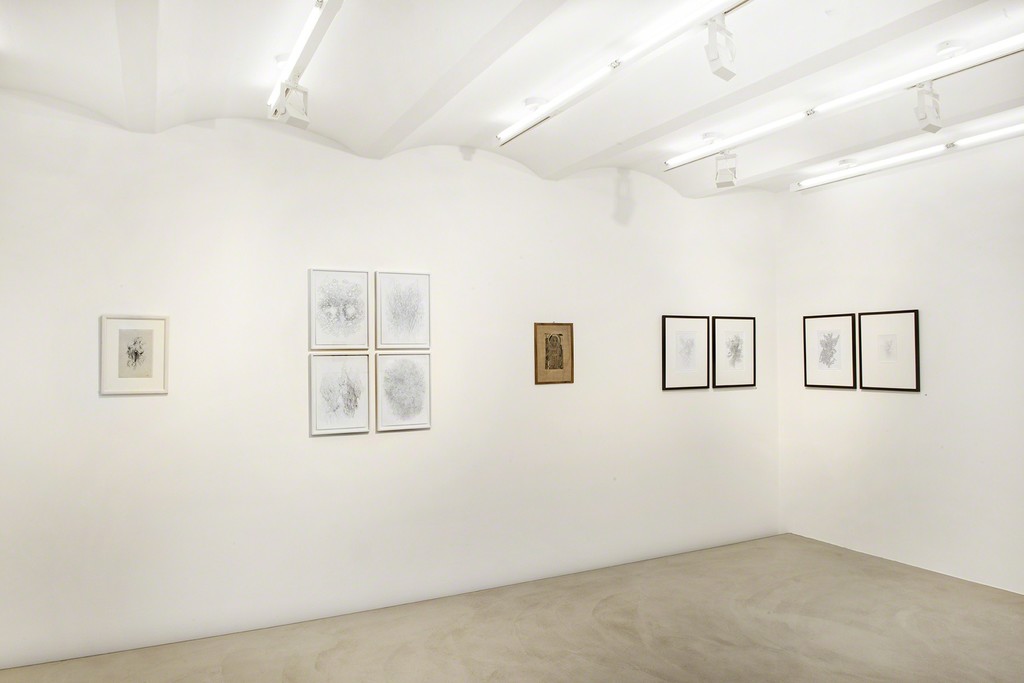 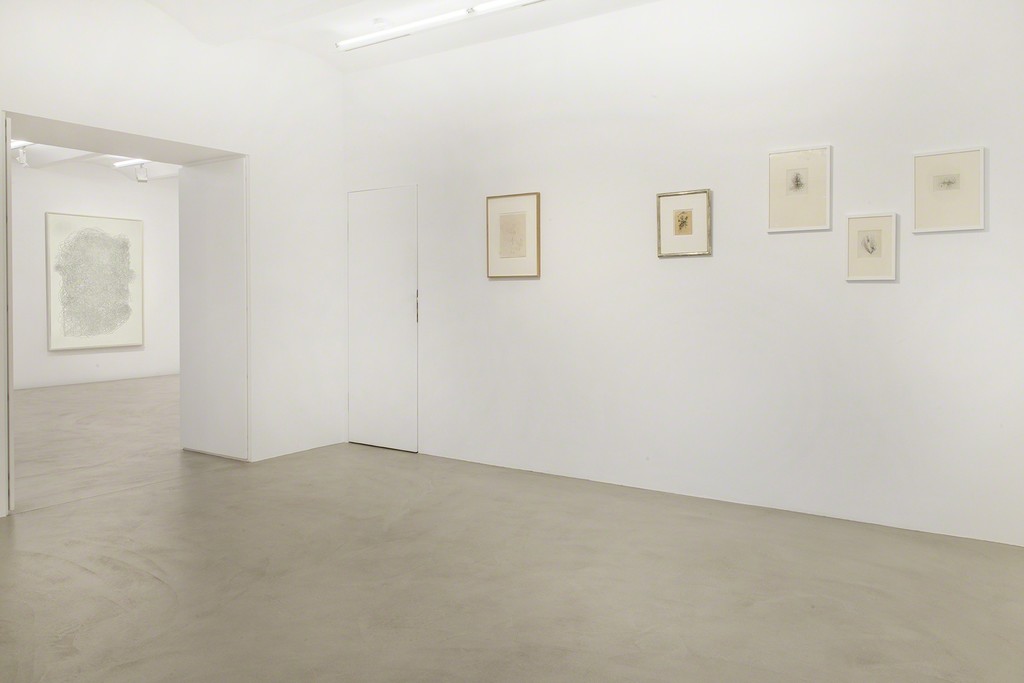 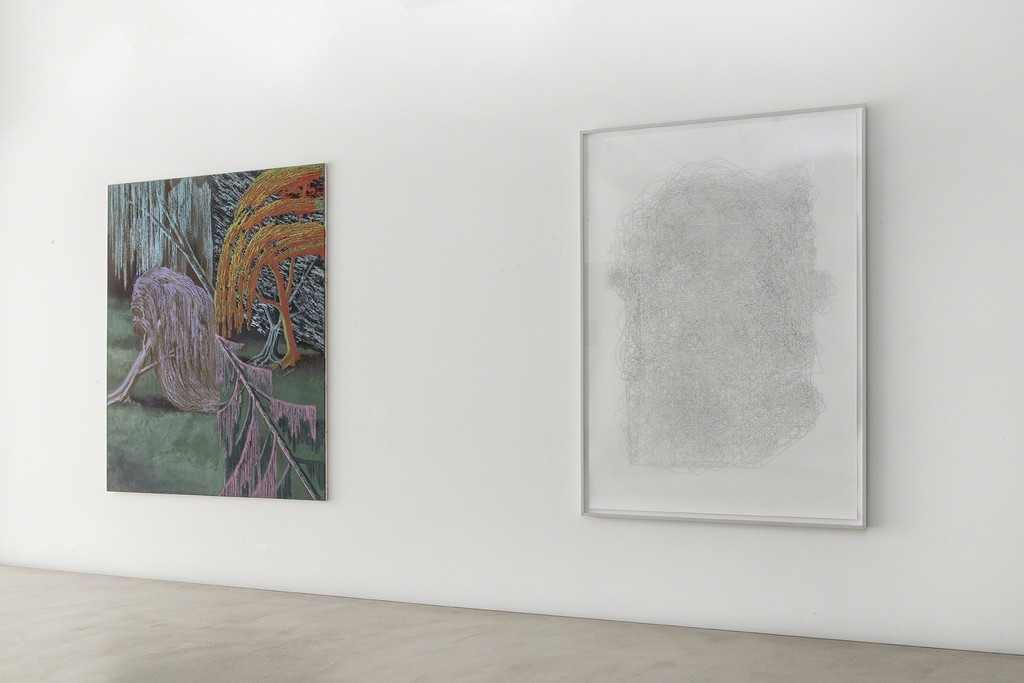 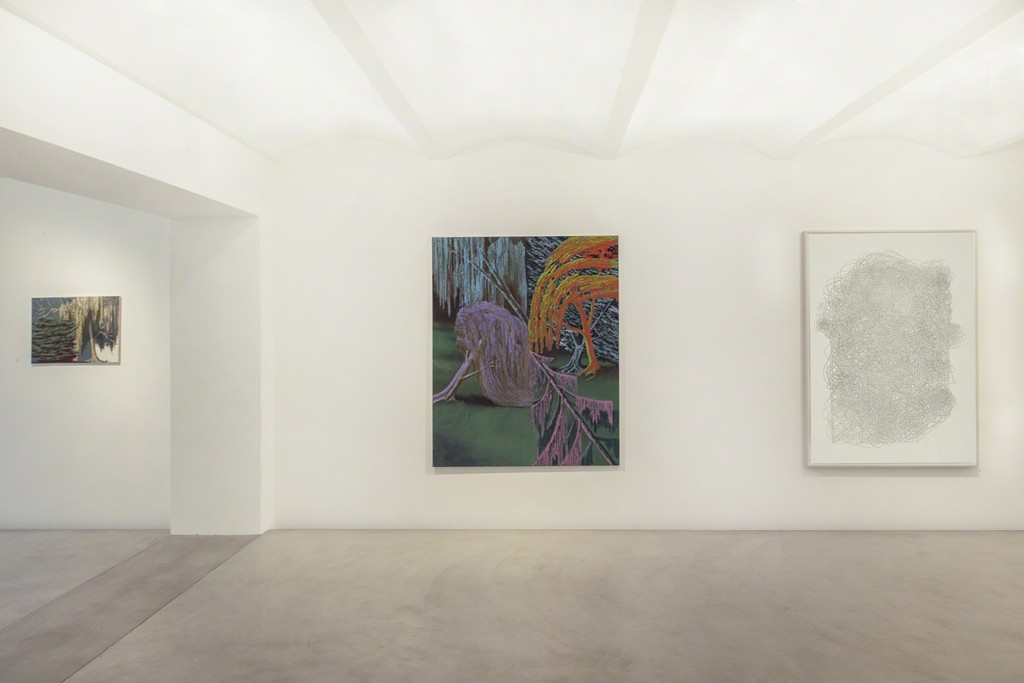 Under the title Body – Not For Sale, Leiko Ikemura, artist and professor at the University of Arts in Berlin, curates an exhibition of artistic positions from different generations and across nations.

The exhibition presents paintings, drawings and photographs, that have intentionally not been shown in a gallery context, or have, for various reasons, remained undiscovered in the landscape of the art market. These works are shown alongside unknown pieces by more established artists.

The selection of artists, works and the installation of the exhibition lies in the hands of Leiko Ikemura, who uses our space to present her very own perspective, motivated primarily by artistic questions.

Statement on the exhibition by Leiko Ikemura:

The focus of the exhibition are drawings, paintings and photographs by artists who intentionally do not appear in a gallery context or who have remained unnoticed in the landscape of the art market for different reasons. These works are shown alongside unknown pieces by more established artists.

My intention is to curate an exhibition showing the special quality of artists who are not visible in the mainstream.
What makes them special is that their originality and sensitivity has mainly been developed independently from the art market.
It is an interesting challenge for me, as an artist with my own position, to select artists and works and to determine the nature of the exhibition and the exhibition spaces.
Artists from various generations and nations have been researched, producing a range that should be a discovery for the viewer.

body - not for sale
The unsaleability of the spirit does not reject the economics of art. Much more, it displays an attitude towards the uncertainty that comes from an irrational market, which is exclusively profit-driven. The exhibition will show prisms of the complex inner life. It is the result of substantial research of special artistic positions, stirred by the belief in values that we create, patient and lucid at the same time.

The body is also a central topic. Housing mind and soul, it is a direct medium for the expression of transcendence.

The drawings by Christian Pilz (b. 1978) confront us with his enigmatic universe. He has long used drawing to study the possibilities of the own cosmos as a labyrinth of our thinking and feeling in our fast-paced times.
The level of detail that results from his lengthy period of development expands the micro world amidst a larger universe of the unknown.
Wols (1913-1951), one of the great and uncompromising artists of our era, became known for his paintings, drawings and photographs, yet the series of small drawings and etchings shown here has remained obscure. His sketch-like formations show a parallel with Pilz, whose structures contain the core of the eternally beginning.

The photographic work of Miroslav Tichy (1926-2011) is confronted with that of Gerd Bonfert (b. 1953). Both suggest obsessions: Tichy's desire for the opposite sex is contrasted with Bonfert's exploration of subjectivity, with one's self and one's own body. Tichy's photographs, taken with a hidden camera and which should be seen together with his drawings, are icons of his secret desires and the objects of his longing. In Bonfert's photos, however, the traces of light caused by a long exposure seem almost sculptural and at the same time they are also a reflection of the media, as the camera remains invisible as an instance.

Since the 1990s, Nikolaus List (b.1965) has been painting trees, which are corporeal, and thus creates a space that does not otherwise exist. This parallel world is aesthetic as well as enigmatic. The trees are portrayed from different perspectives, resulting in strange spatial sensations where the known tilts into the unknown.
The sculptures of Alina Szapocznikow (1926–1973) are milestones in the sculpture of the 20th century. Perhaps her experiences in concentration camps and the early onset of disease influenced her awareness of the body in a very particular way. Her sculptural works are an expression of a new, almost painful experience of fragmented female identity, similar to the work of Eva Hesse. Her drawings are equally surprising in their essential nature and the essence of the body as perceived from within.

Rona Kobel (b. 1982) reflects on media representations of iconographic role behavior in films and creates her own realities through digitized photography. Her intricately rearranged and staged photographs are deliberately manipulated in order to give them a sculptural appearance. Their surreal physicality gains a physical presence through depersonalization.

Anna Marie von Matt (1905-1967) retreated entirely with her partner and husband, also an artist, to their home in Central Switzerland after a conflict. Her poetry, objects and drawings are unique, and are just waiting to come to light because they are informed by real emotions and intelligence.