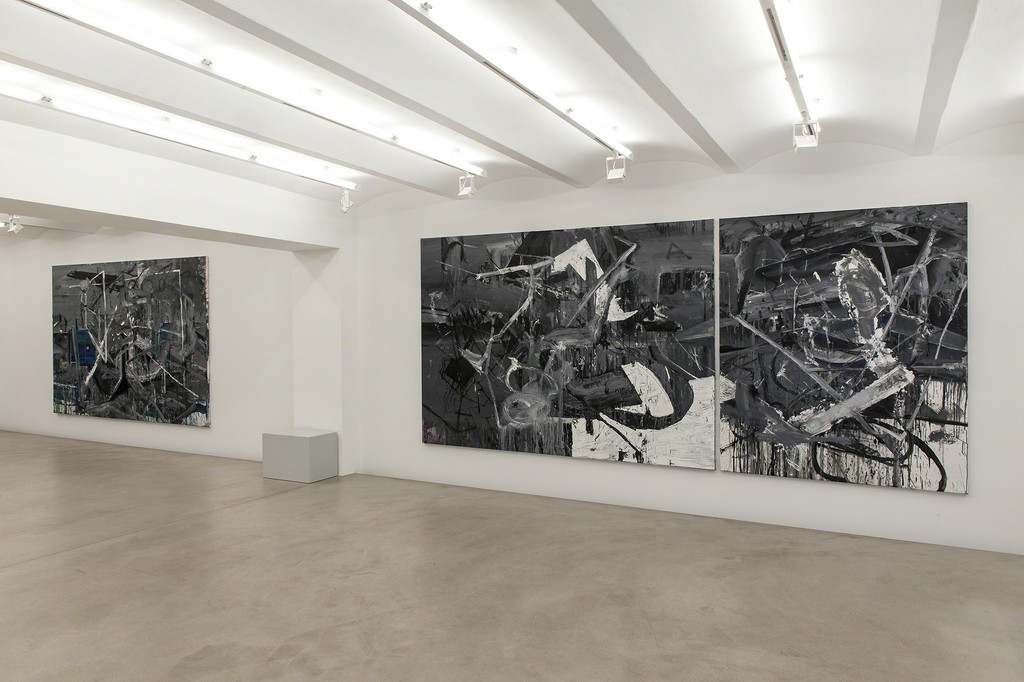 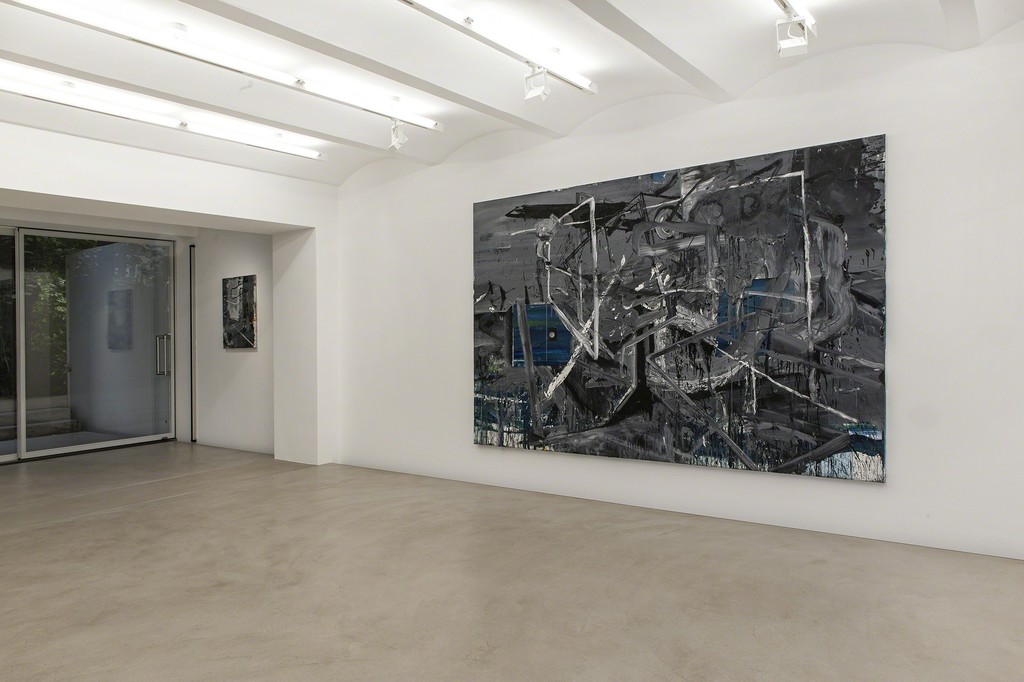 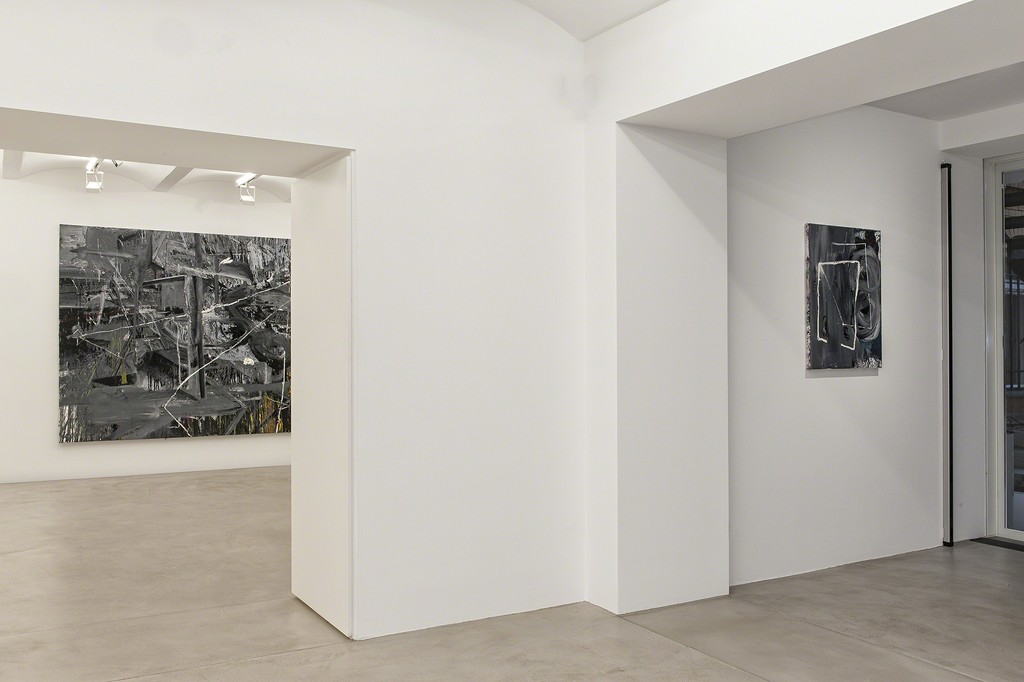 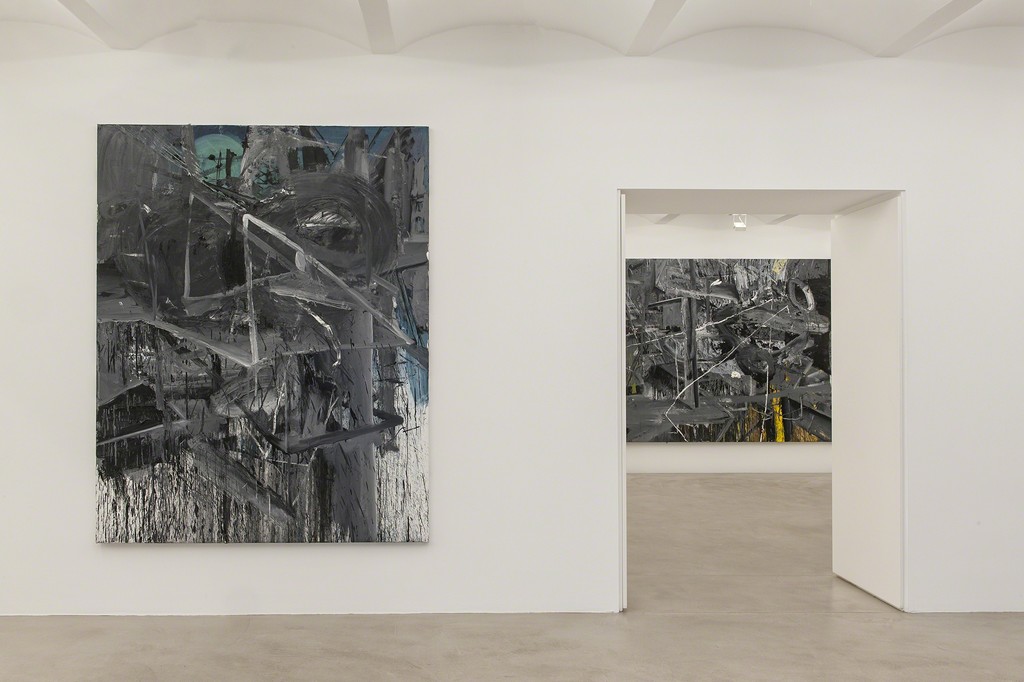 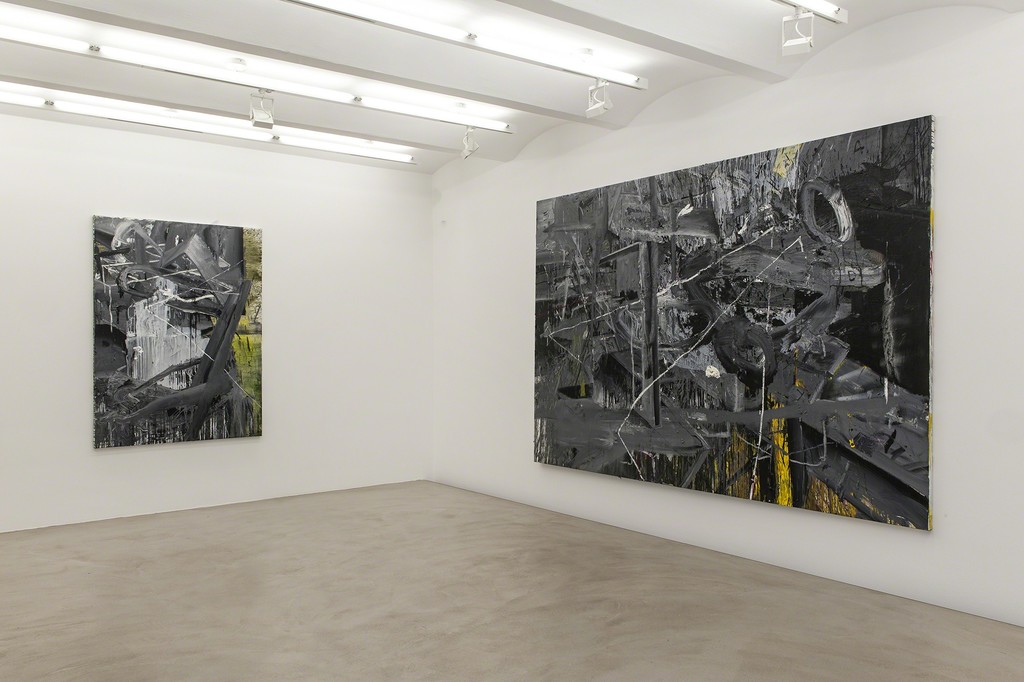 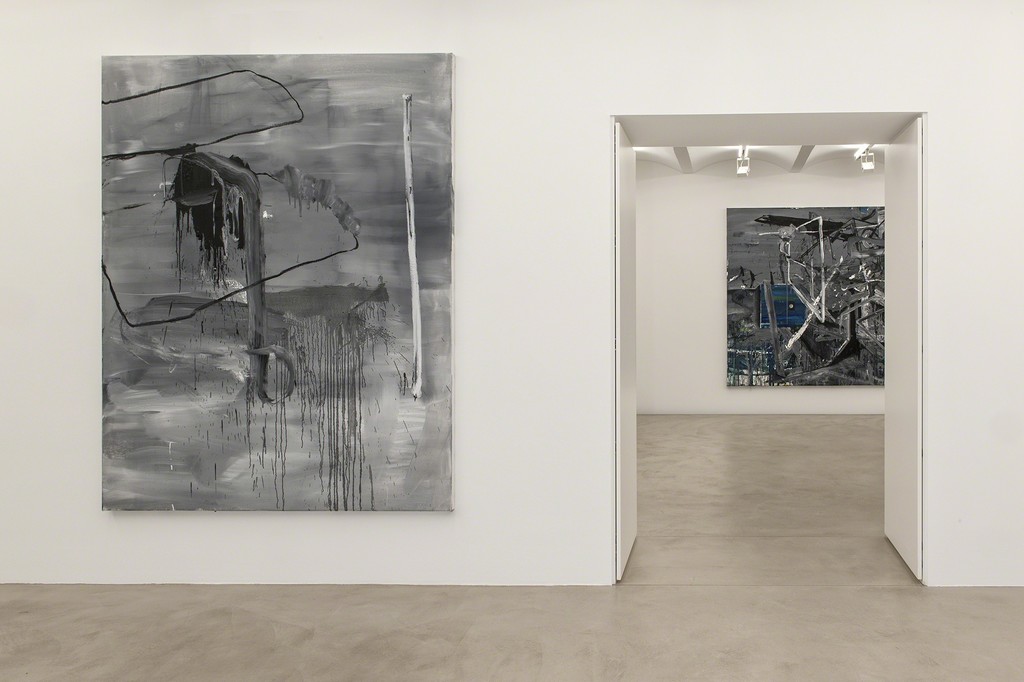 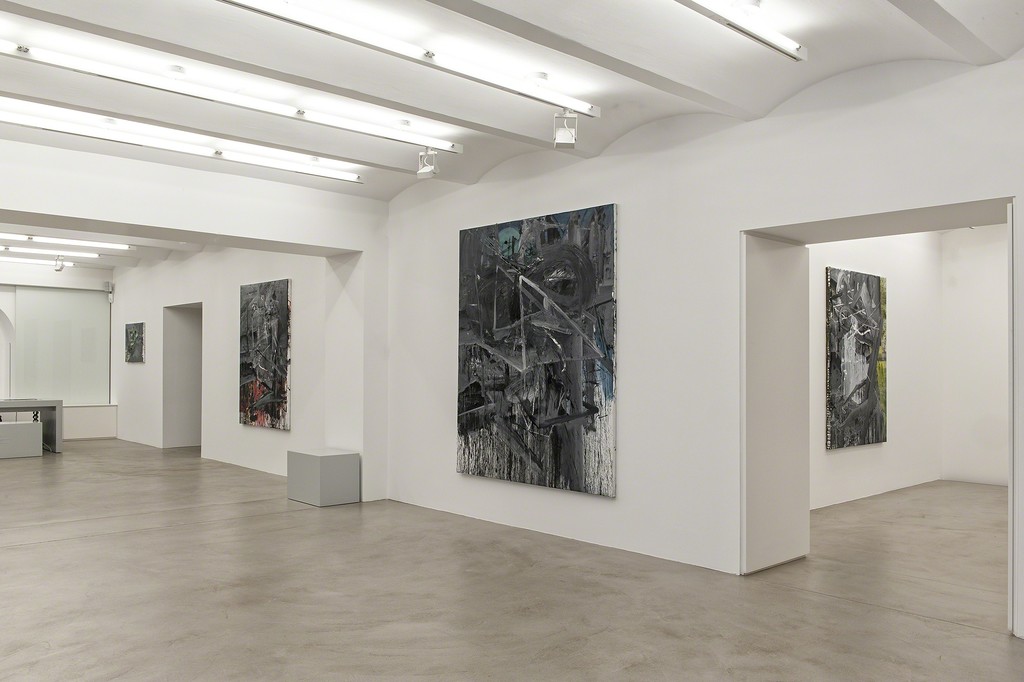 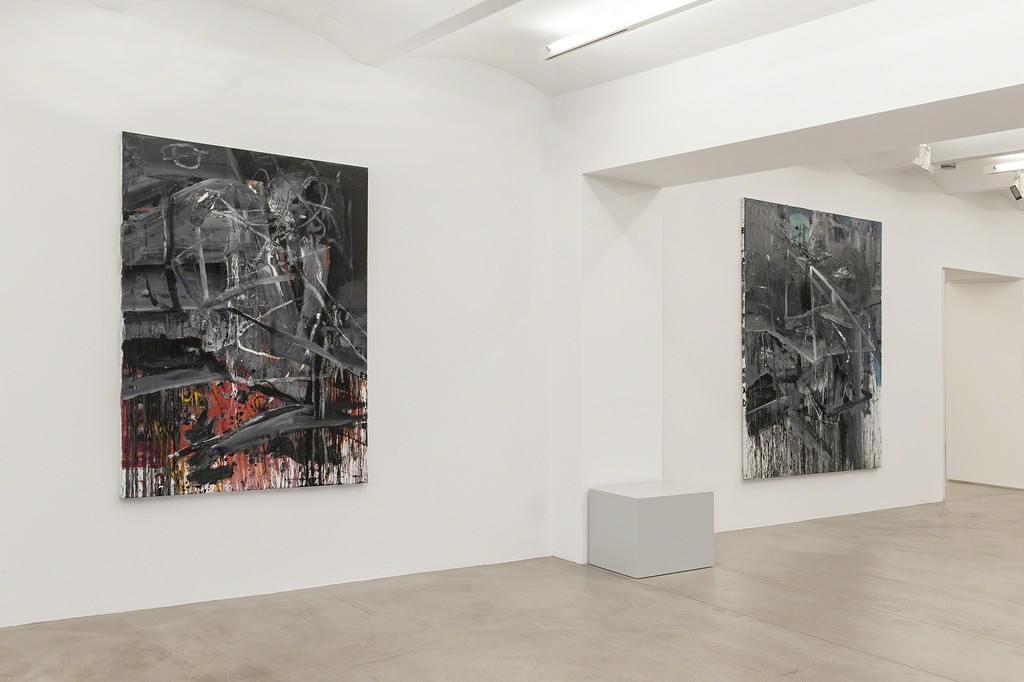 Seemingly abandoned factories and obsolete machinery have always been pivotal themes in Leonardo Silaghi’s paintings. His complex canvases depict industrial and visceral motifs in grey that are interspersed with jubilant sweeps of colour. His latest work has moved away from the figurative and into abstraction. However the feeling of machines and industrial spaces, though not painted in a figurative manner, is omnipresent in all his paintings. Starting out from photographs of factories, devices or tools in his environment, Silaghi explores the correlation of objects and architecture, as well as the boundaries of paint as a medium.

His paint process is physical and deliberate at the same time. Always starting with large areas of colour, running down in streaks, the artist later covers up most of the colour plains with different shades of grey. Colour it appears is too easy and pleasing for this ambitious, young artist, who, in the confines of his vast canvasses, sets impossible tasks for himself. Struggles such as how to paint geometric shapes with the least possible number of lines or how to create depth without using shadows, result in fascinating architectural exercises, allowing us to delve into the abstract yet familiar spaces Silaghi creates.The tension between the at times thick layers and at times washed out, opaque veils of paint, lends his work a tangible and tactile quality.

Now living and working in New York City, Leonardo Silaghi (*1987) graduated from the University of Art and Design in Cluj (RO). Since 2009, he has been featured with solo exhibitions at the Laika Gallery in Cluj (RO), the Hudson Valley Center for Contemporary Art in Peekskill (U.S.A.), Marc Straus Gallery in New York and Galerie Kornfeld in Berlin (2012). In 2010 he was artist in residence at the Hudson Valley Center for Contemporary Art. Recently his works have been shown at the exhibition "After the Fall" at the HVCCA in Peeksville and the Knoxville Museum of Art (USA). His work is included in prominent private and public collections.