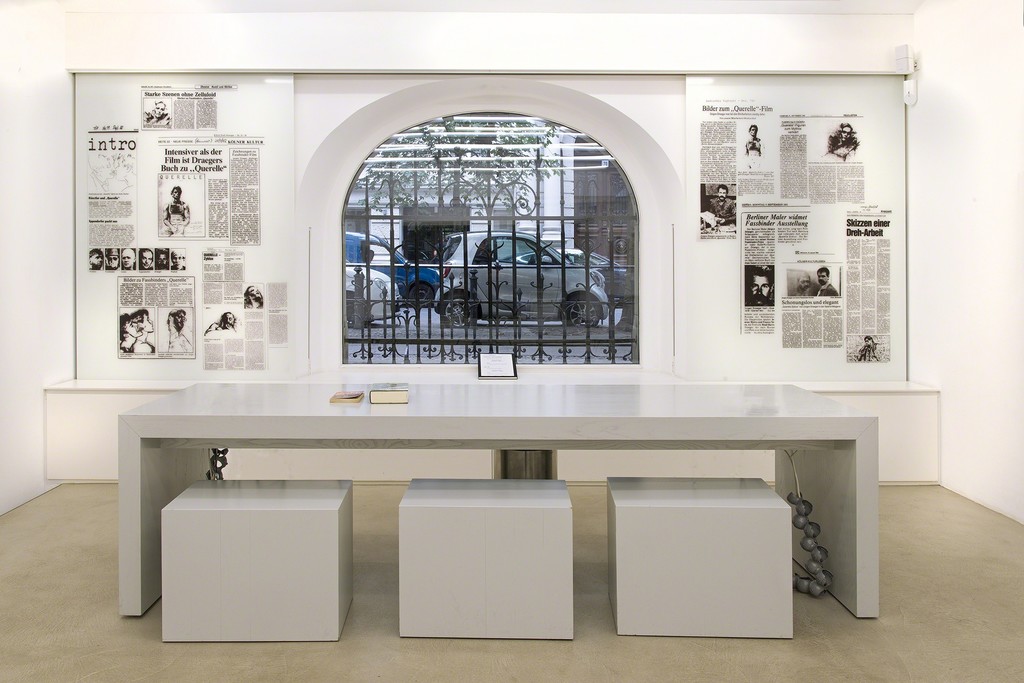 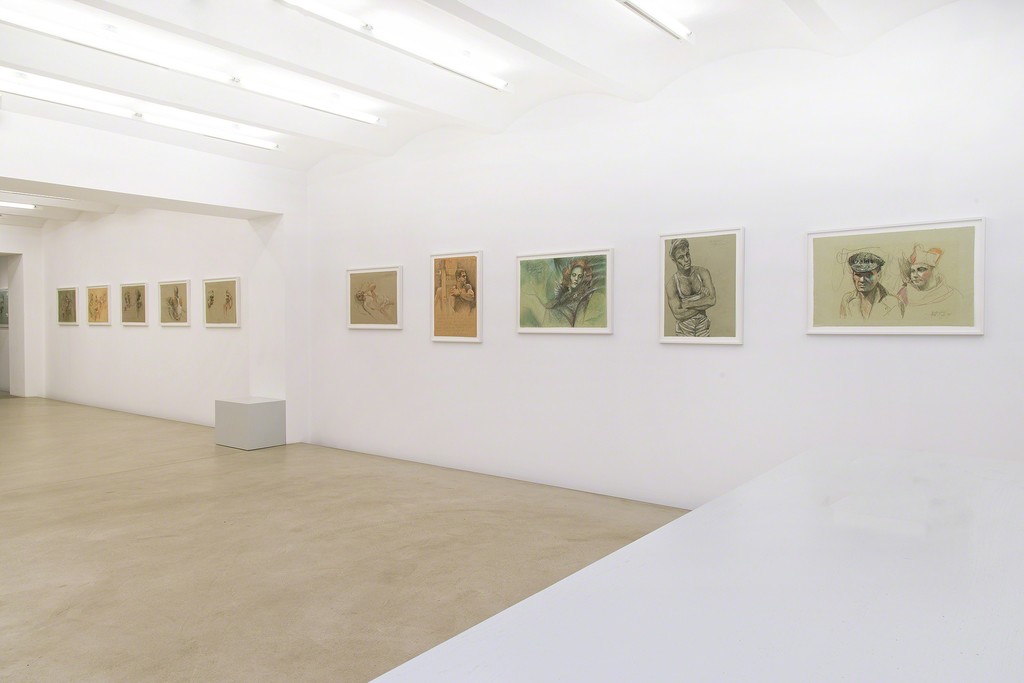 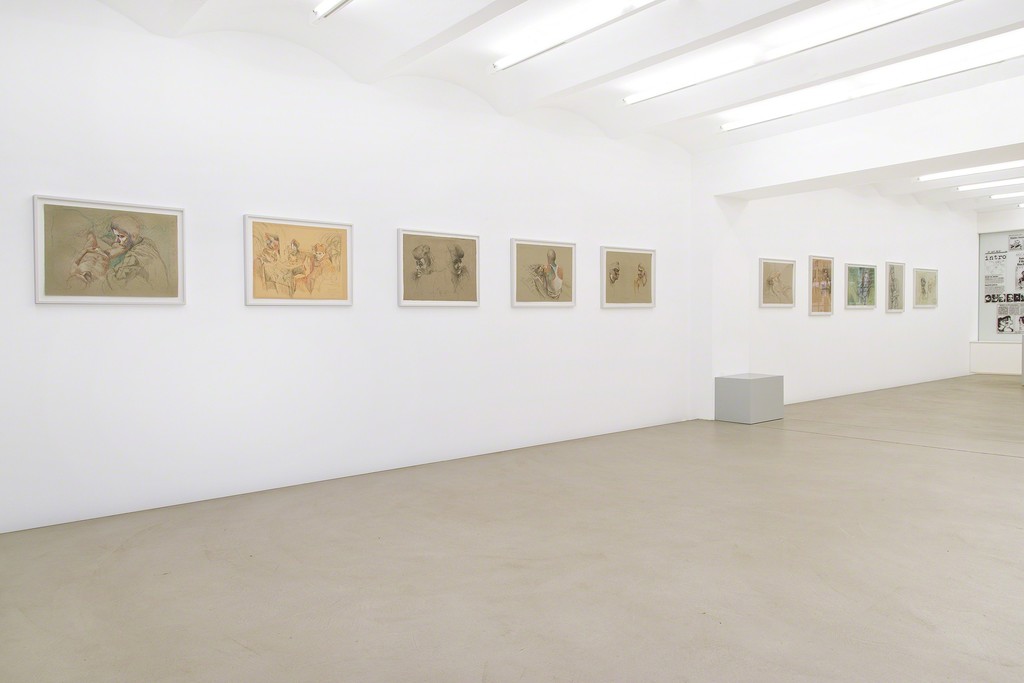 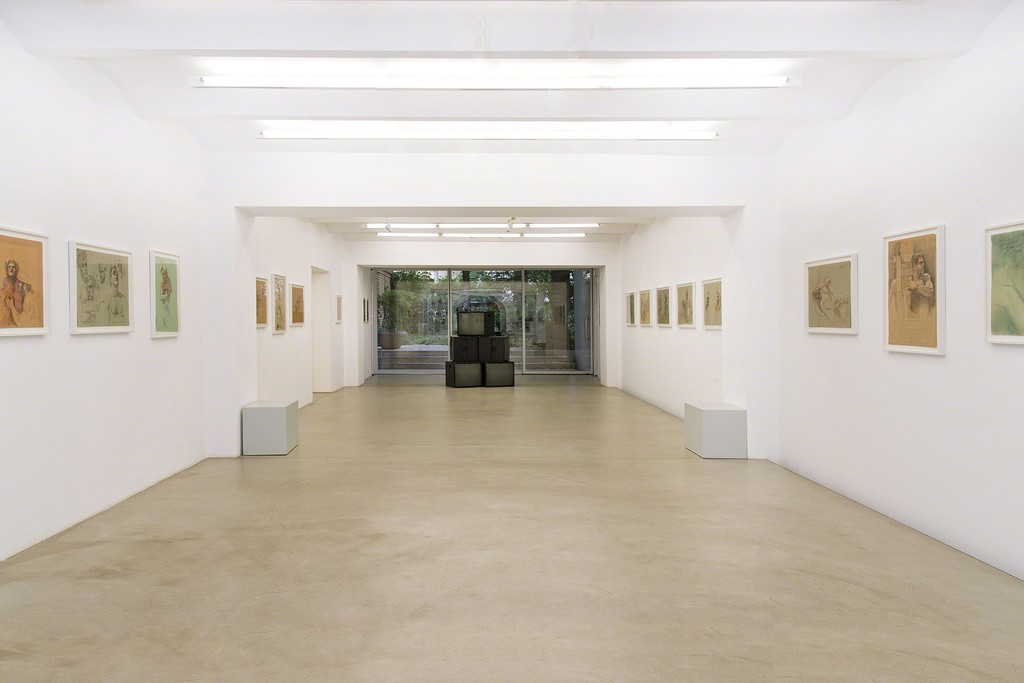 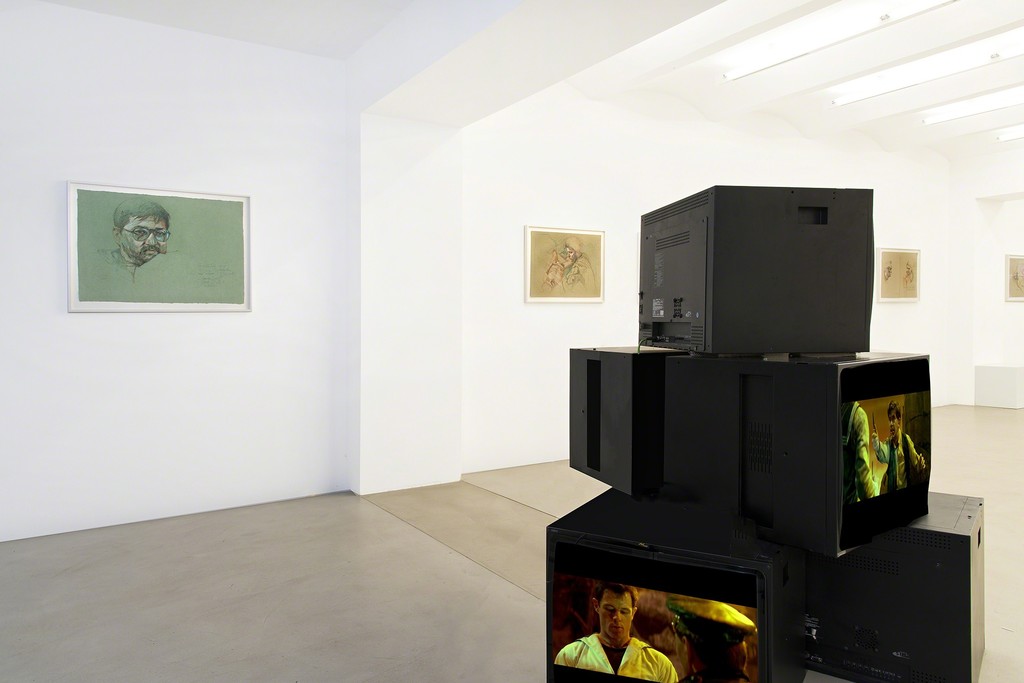 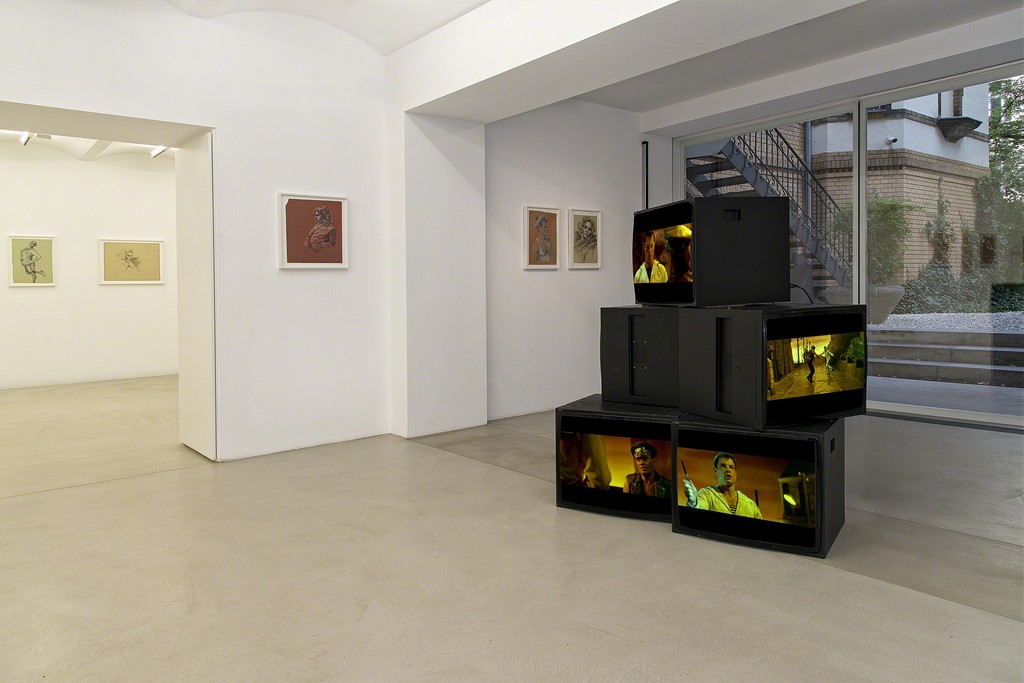 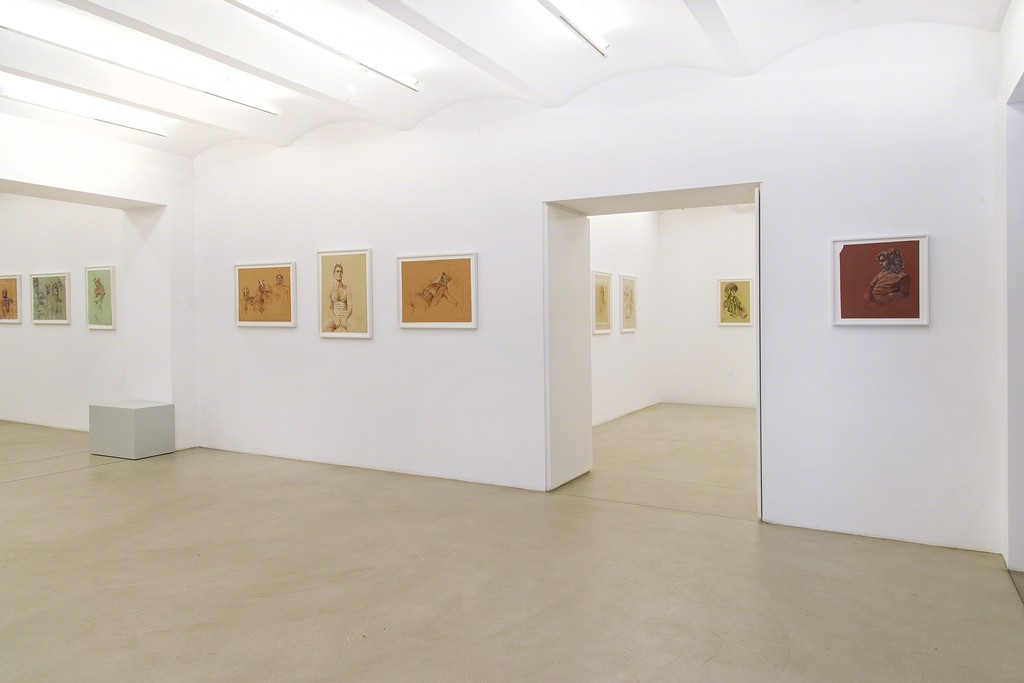 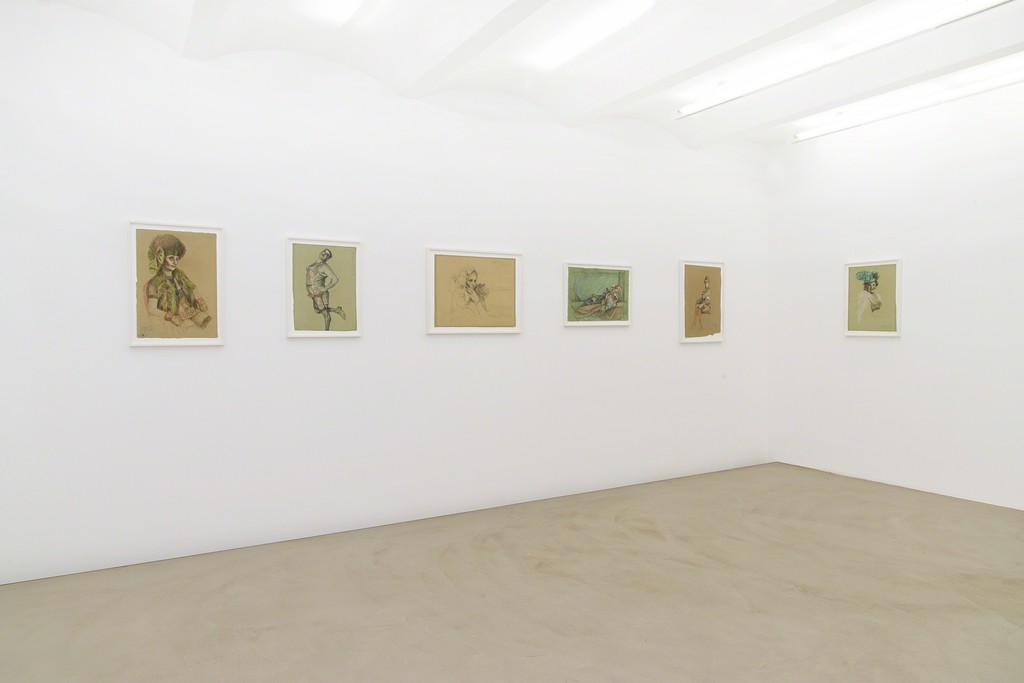 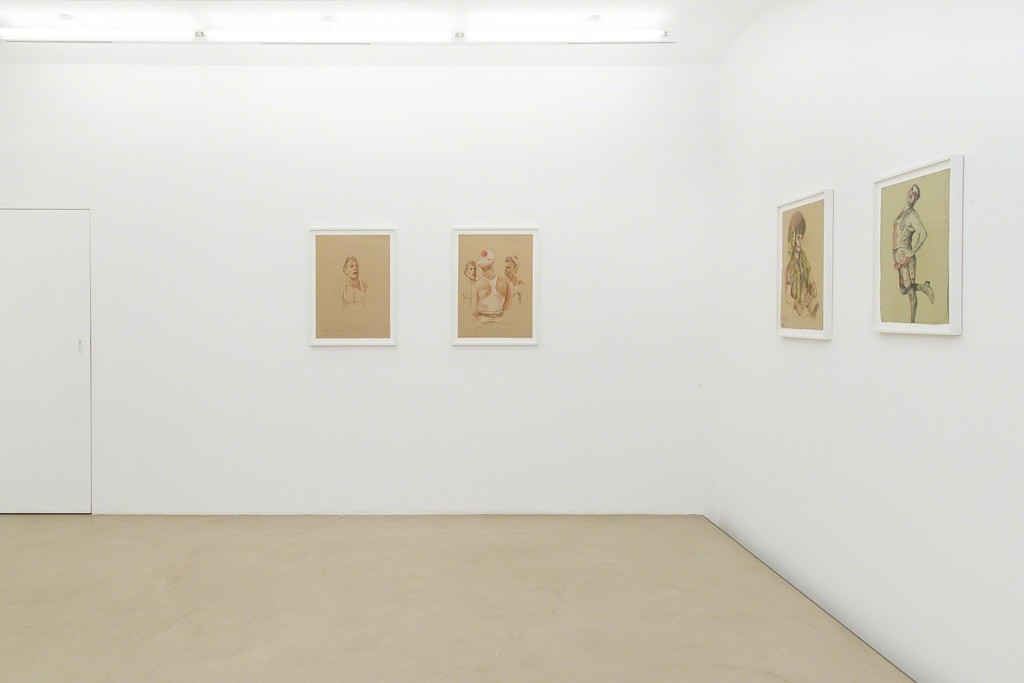 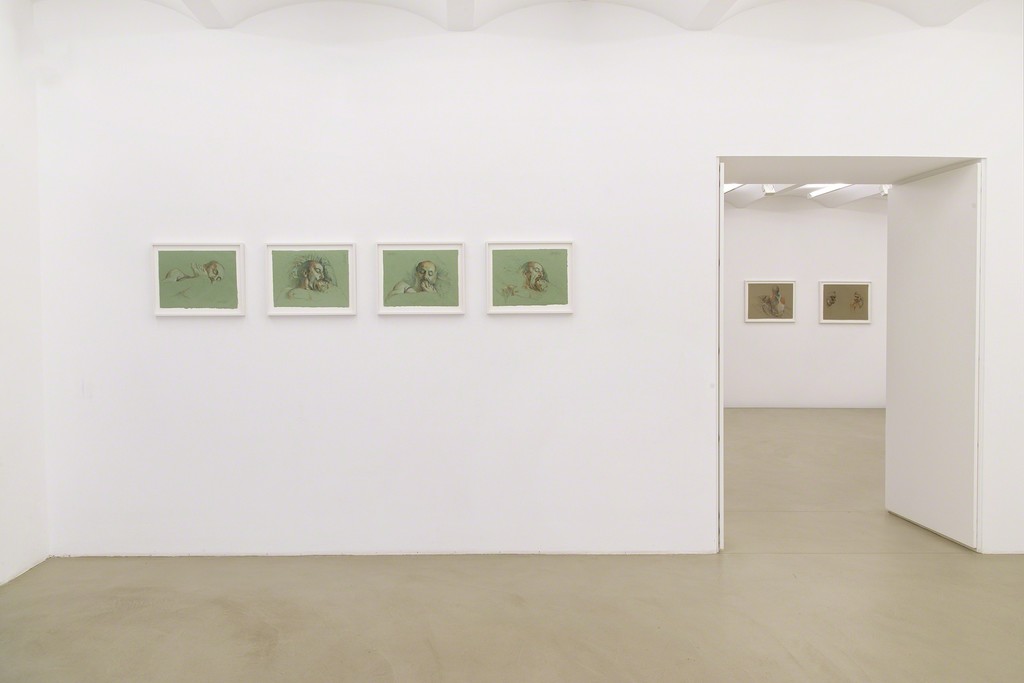 Galerie Kornfeld is glad to present works by German artist and actor Jürgen Draeger. On display are drawings, both masterly and sensual, created during the filming of Rainer Werner Fassbinder’s spectacular last film “Querelle”.

Born in Berlin in 1940, Draeger made a name for himself as a charismatic actor in the 1960s, quickly becoming a public favorite. But his true passion was, and continues to be, painting. At the young age of thirteen he was allowed to study at Berlin University of the Arts, publishing his first works in newspapers and magazines shortly afterwards. In 1960, Willy Brandt, then governing mayor of Berlin, presented him with the 1st Prize for Young Art at the Great Berlin Art Exhibition for his oil painting “Berliner Häuser”, which depicted a lonely apartment building, spared in the war, in the midst of ruins. This first encounter was the beginning of a lifelong friendship. In 1990, at Willy Brandt’s express request, a close collaboration was initiated – Draeger accompanied the politician on a tour through the new German states, which he captured in his drawings.

The collaboration with cinematic genius Rainer Werner Fassbinder came about after the director had seen Draeger’s cycle “Sucht und Drogen” (Addiction and Drugs), a relentless depiction of human self-destruction, which received the 1981 Grand Prix International d’Art Contemporain de Monte-Carlo. Fassbinder had seemingly recognized a congenial spirit, asking Jürgen Draeger to document the shooting of “Querelle” through painting. Based on Jean Genet’s 1947 novel “Querelle de Brest”, the film intended to tell the disturbing story of a sailor who acts out his homosexuality without restraint, becoming increasingly entangled in a web of love, violence and betrayal. Draeger soon set up an artist’s workshop in the Berlin film studios, where he lived and worked with the film crew. Among others, he portrayed the movie icons Brad Davies, Franco Nero and Jeanne Moreau, as well as Fassbinder himself, who, already marked by his addictions, was sometimes choleric, sometimes affectionate. He trusted Draeger so unreservedly that he gave the artist intimate insights into the making of his last film, even beyond the spotlight.

In every drawing, one senses the intensity of a state of creative emergency. They are documents of an almost manic creative process, in front of and behind the camera, even during phases of exhaustion and absent-minded contemplation. Thus, the “Querelle”-cycle offers a fascinating glimpse behind the scenes of a now legendary production: meticulously observed gestures and mental states, psychogrammes that illuminate people in all their facets, beyond simple representation. With his subtle drawings, Jürgen Draeger follows the tradition of Henri de Toulouse-Lautrec, who, with comparable audacity, also turned a subcultural sphere into a worthy artistic subject. This method is evident throughout Draeger's work, from “Sucht and Drogen” to the “Querelle”-cycle to his series for Circus Roncalli (1983) and “La cage aux folles” (1986).

Soon after Fassbinder’s death, in 1982 and 1983, the “Querelle”-cycle was exhibited all over Europe. Bruno Balz, Draeger’s life-long companion, and one of the greatest German-language lyricists of the 20th century (“Ich weiß, es wird einmal ein Wunder gescheh’n”), prophesied at the time: “If you show these drawings to the public, your career is over”. The opposite was the case. The exhibition was an unprecedented success. More than half a million people flocked to see the touring exhibition, which, through artistic means, created an alternative to the conservative social climate: a social and political vision of a sexually liberated life beyond regulated normality, inspired by Fassbinder’s uncompromising aesthetics. But Draeger’s works continue to scandalize to this day. They provoke and shock, they unnerve and raise questions, in the spirit of Jean Genet, who said: “The only way to escape horror, is to bury yourself in it”.