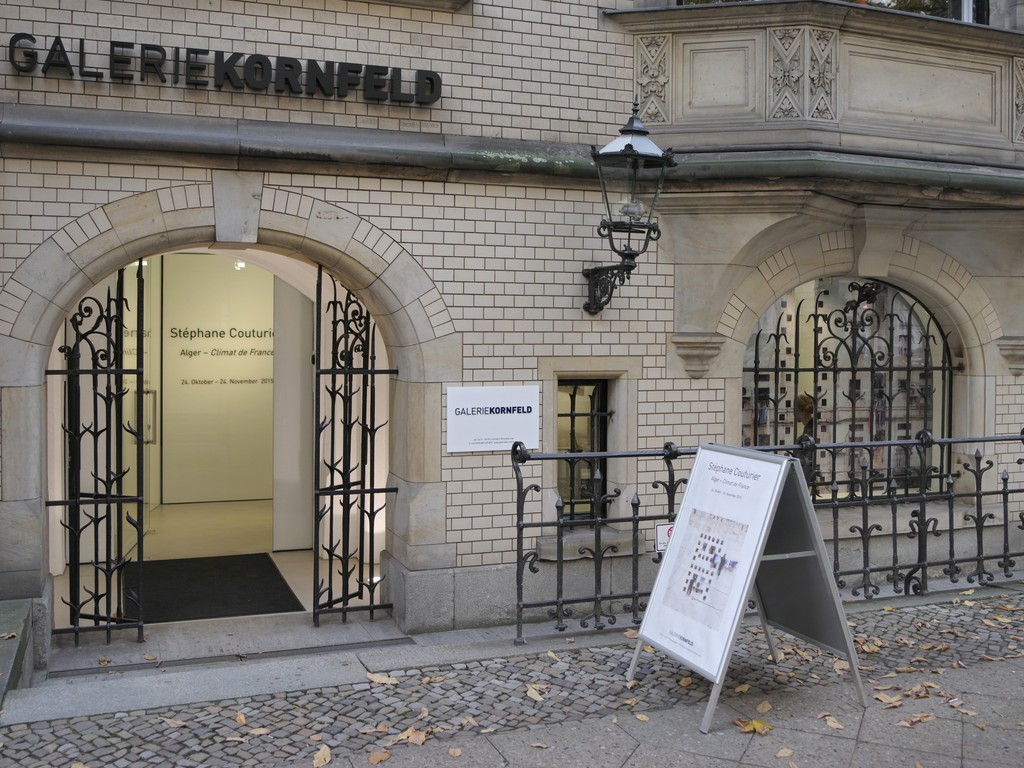 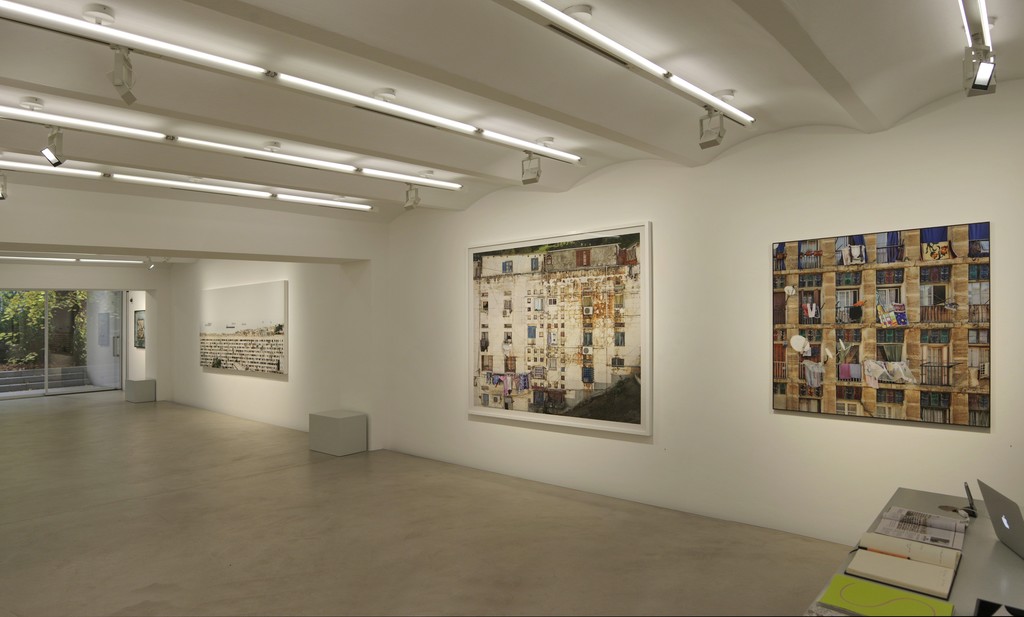 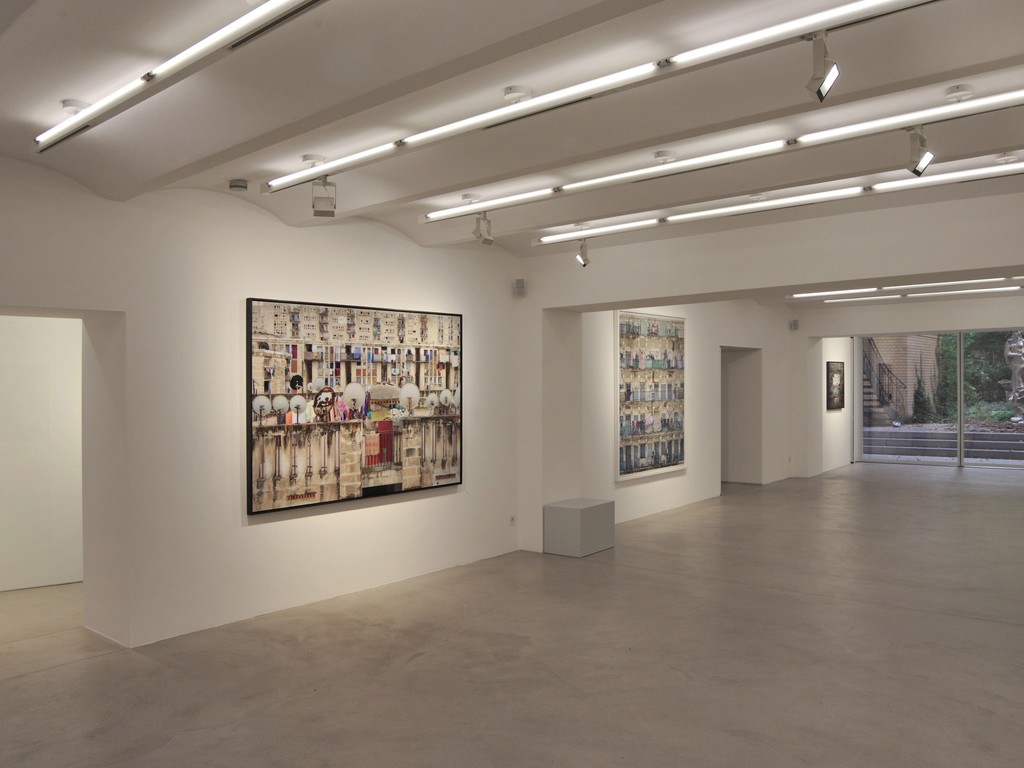 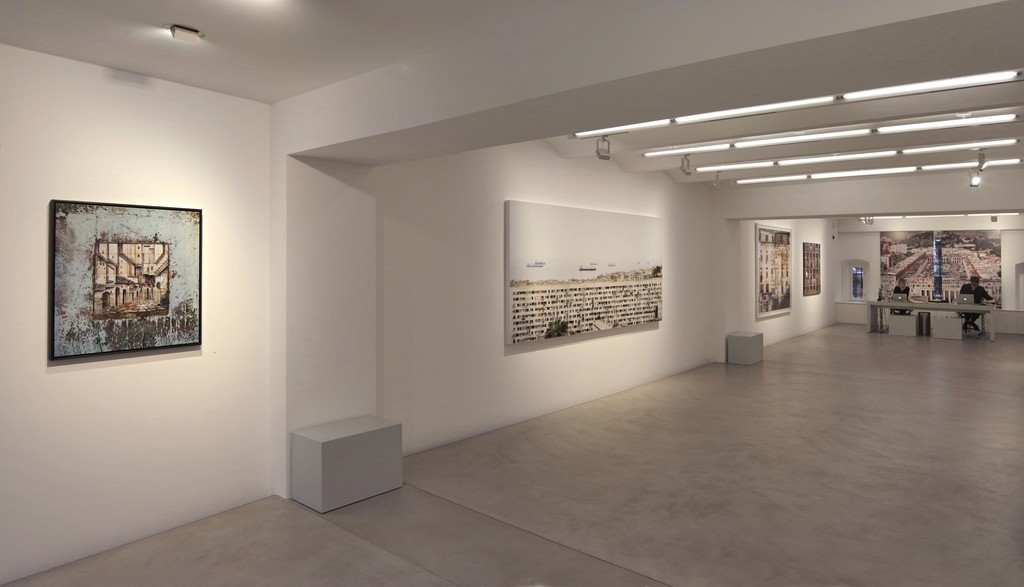 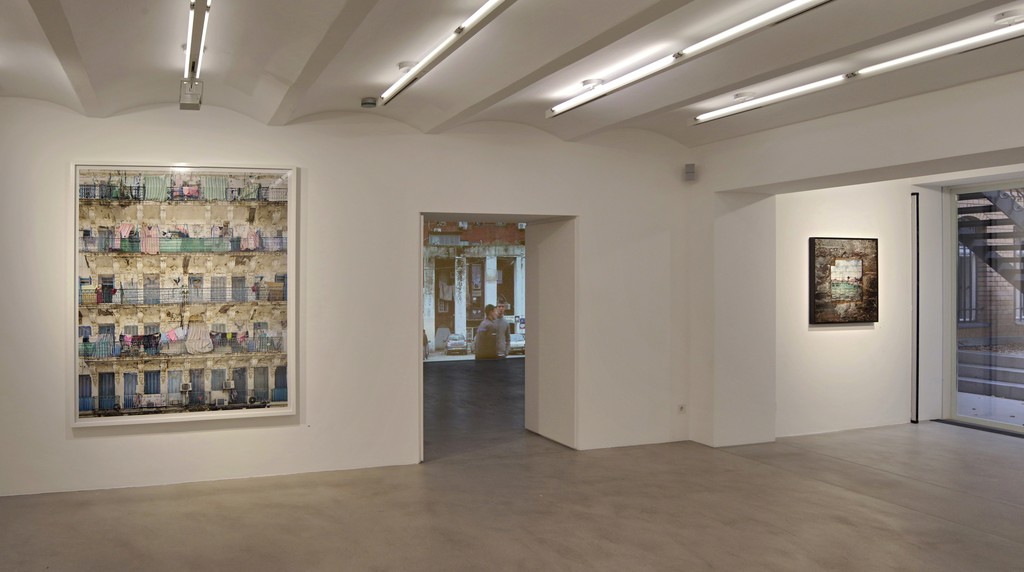 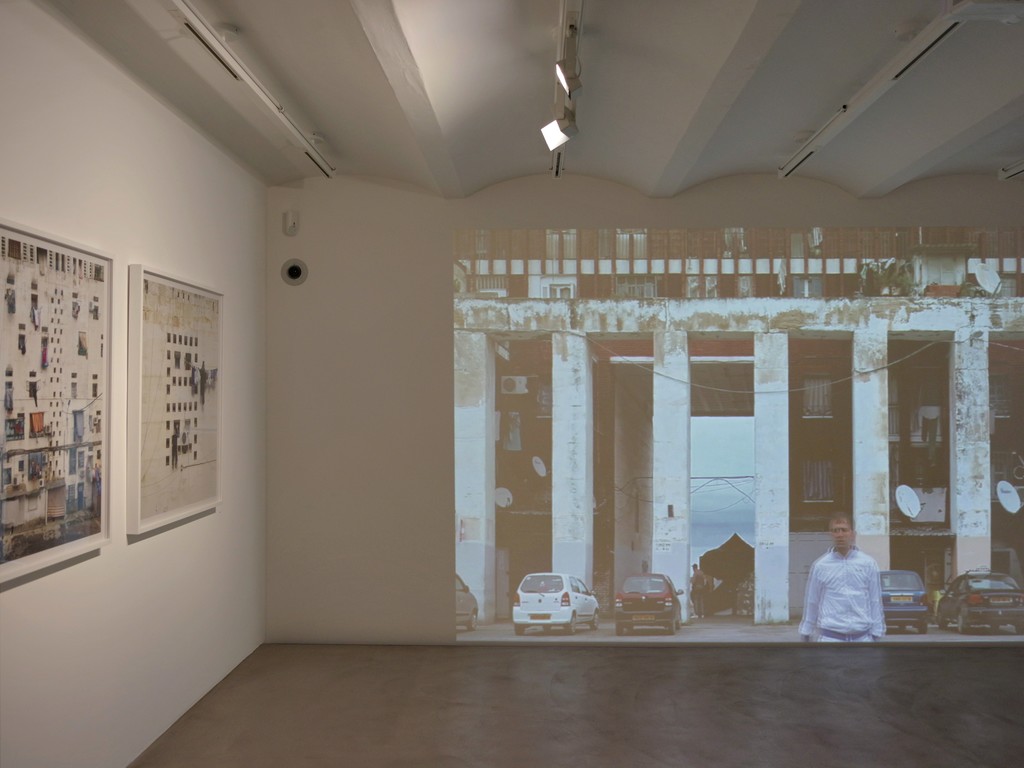 An autodidact, Stéphane Couturier was never influenced by any art movement. His mostly large- scale photographs are more than just a reflection of the merely factual. With a precise gaze, the artist identifies structures in the real world, which he then translates into works that border on the abstract.

In his latest series, which was created over a period of more than three years, Stéphane Couturier explores, in highly aesthetic and, at the same time, socially ambitious photos and videos, the “Climat de France” housing project – today called Oued Koriche – in Algier. Built in the International Style in the 1950s and based on a design by French architect Fernand Pouillon, theambitious project is now the centre of the Bab-El-Oued district. Today the housing project is a city within a city, forgotten by politicians and avoided by the police.

While his previous work had been focussed mainly on the formal aspects of modern architecture, his newest pieces also explore the people, who bring life to these architectures, designed at the drawing board, and who thereby adapt these ideal structures to their own ideas and needs. The buildings’ strict forms and regular structures encounter the accidental occurrences of everyday life. Stéphane Couturier’s photos and videos derive their force and vivacity precisely from this tension: from the collision of the constructed ideal with lived reality.

In light of the developments of the past weeks and months, and in addition to their aesthetic quality, Stéphane Couturier’s works from Algier acquire an almost topical relevance. The works subtly address the consequences of colonialism in North Africa, which are still felt today, and thus also probe one of the roots of current global political and social developments, especially in this region.

In the Francophone world and in the US, Stéphane Couturier (*1957) is regarded as one of the most important contemporary French photographers. His works have been exhibited at the Art institute of Chicago, the National Library of France, the Centre Pompidou, as well as at the MAXXI in Rome and the Israel Museum in Jerusalem. In the summer of 2014, he presented his latest series with pictures from Algeria at the Hôtel des Art de la Ville de Toulon, where, for the first time, he combined photography with videos and installations. In November 2015, a large solo exhibition of the artist’s work will open at the Musée Européenne de la Photographie in Paris.