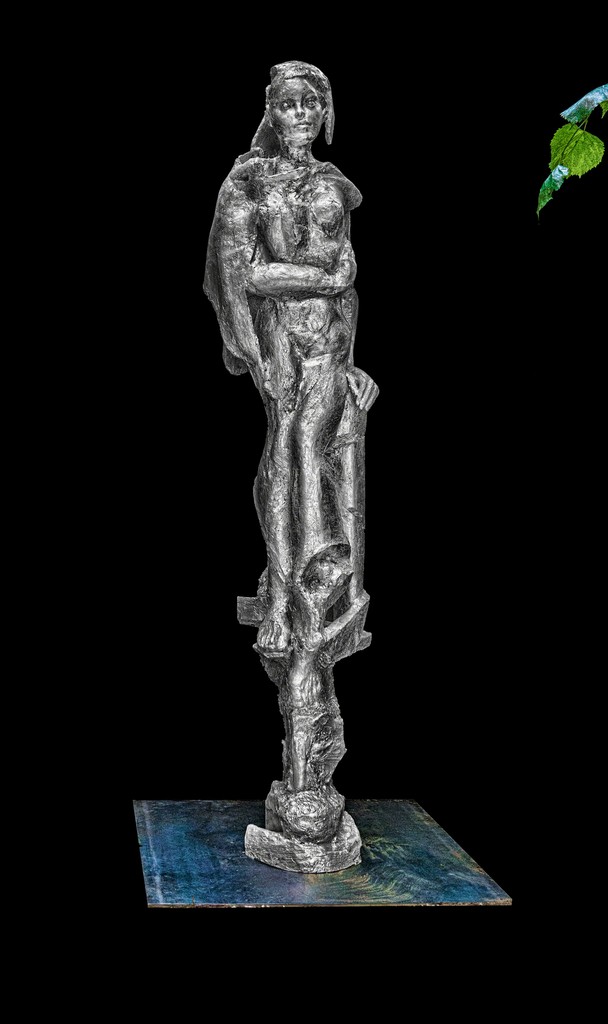 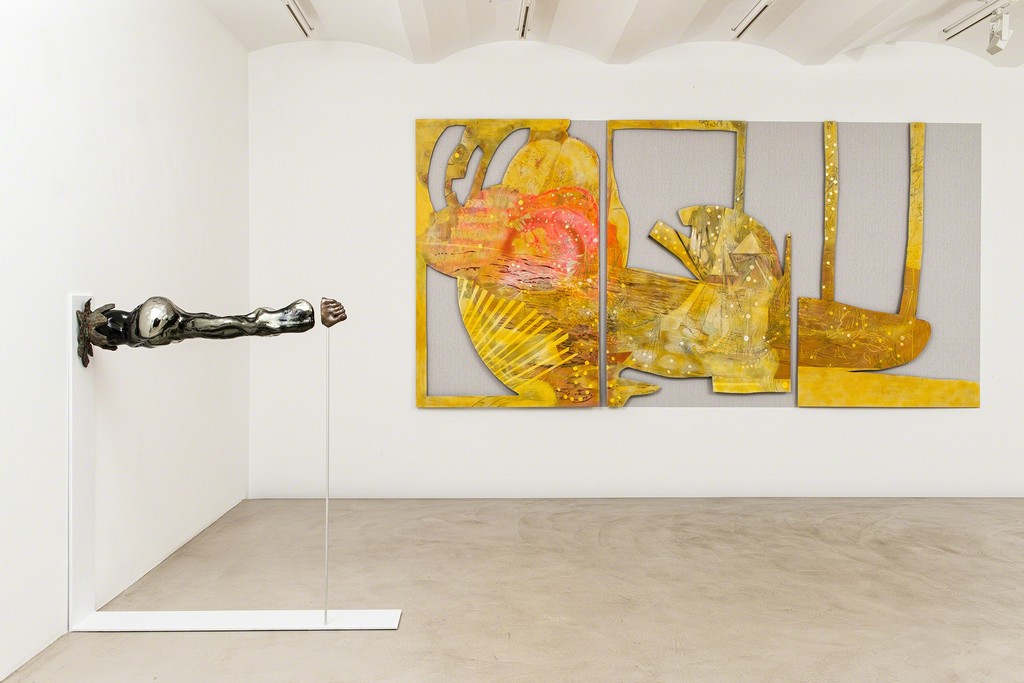 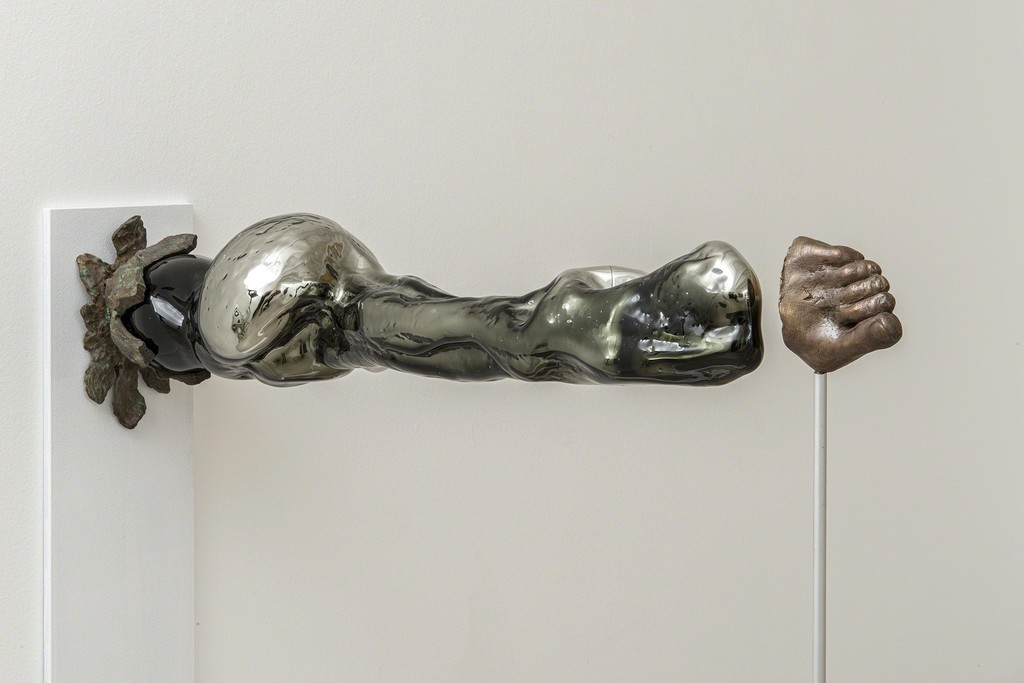 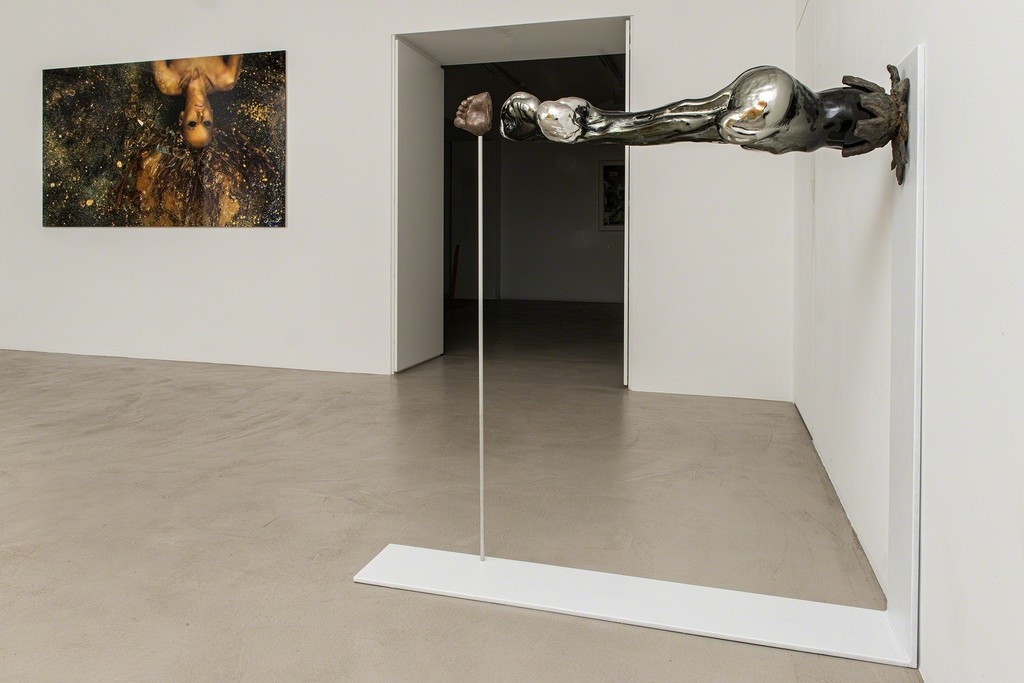 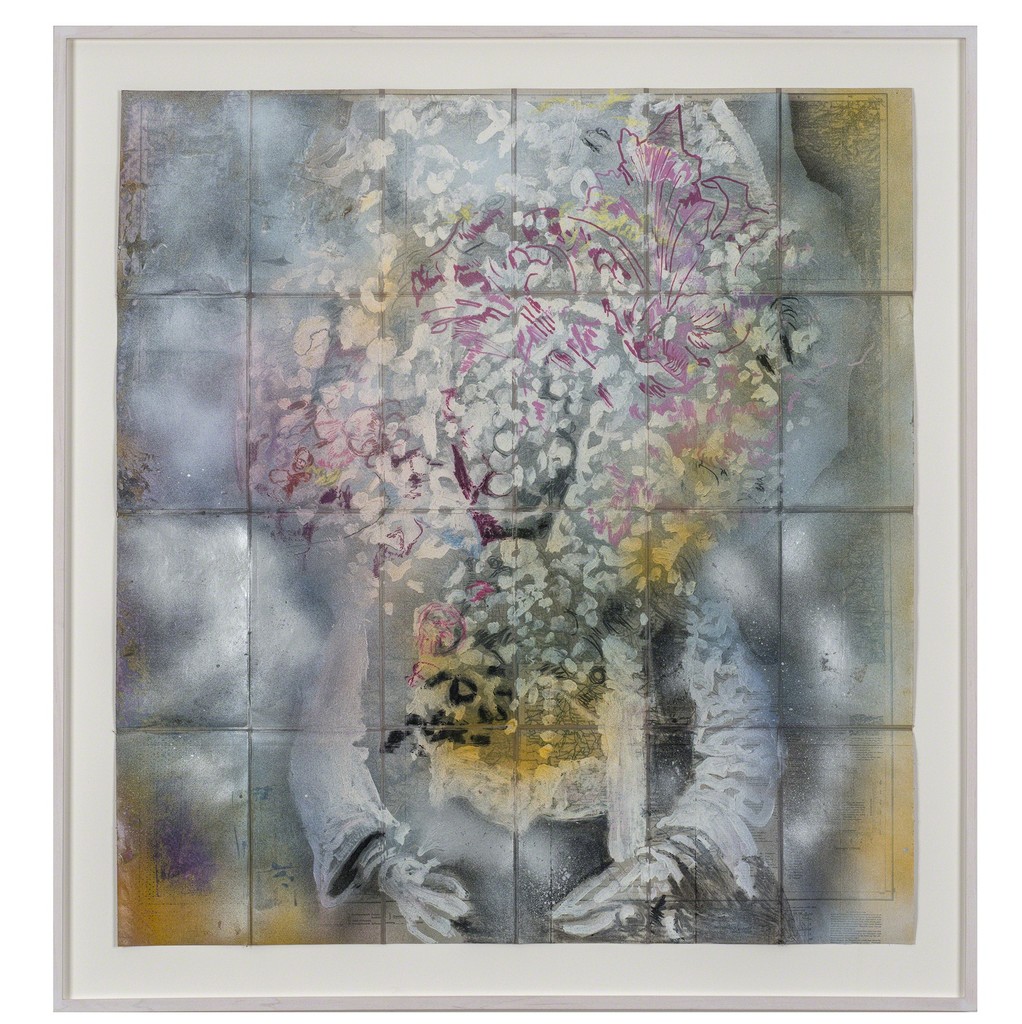 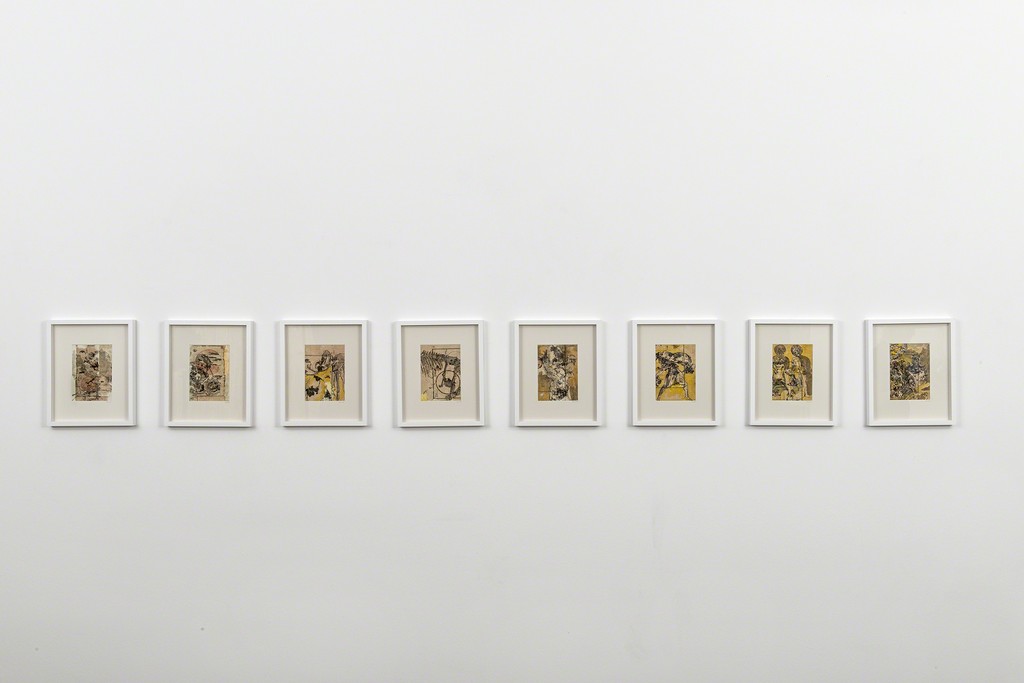 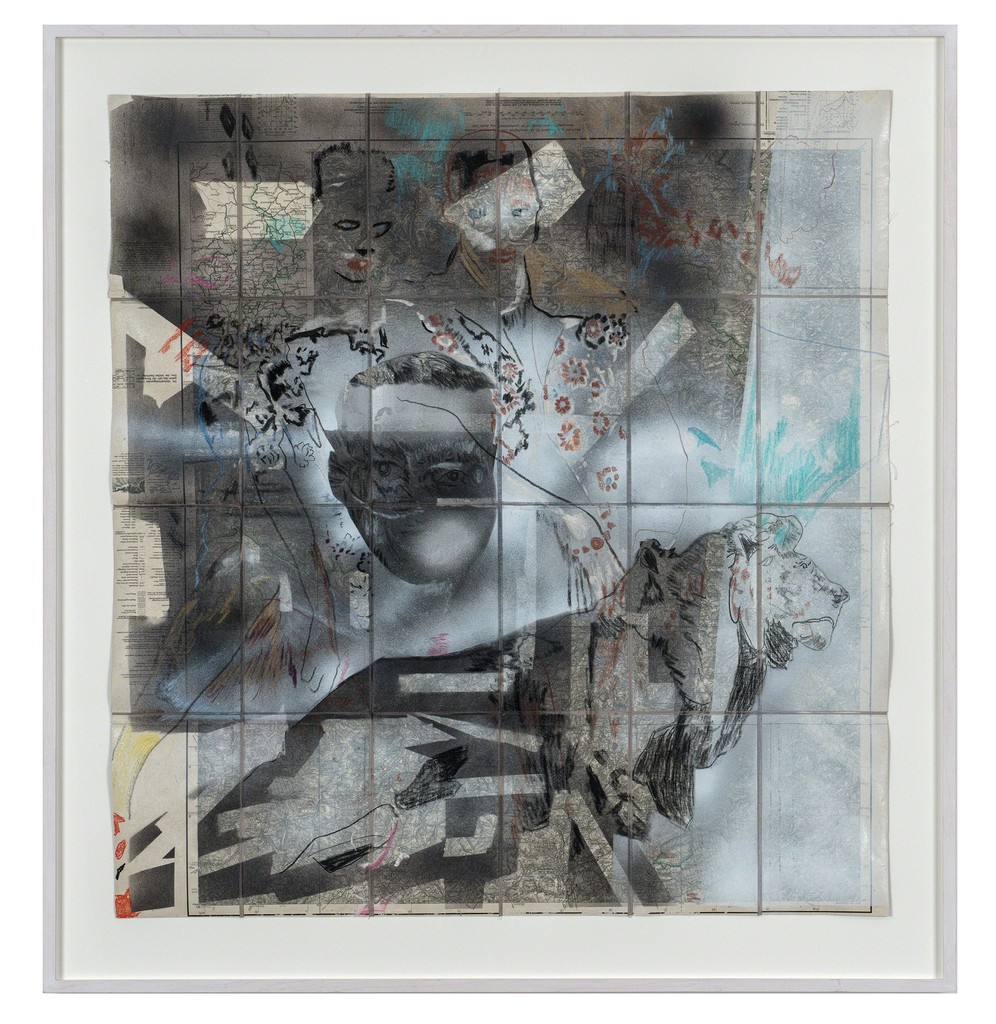 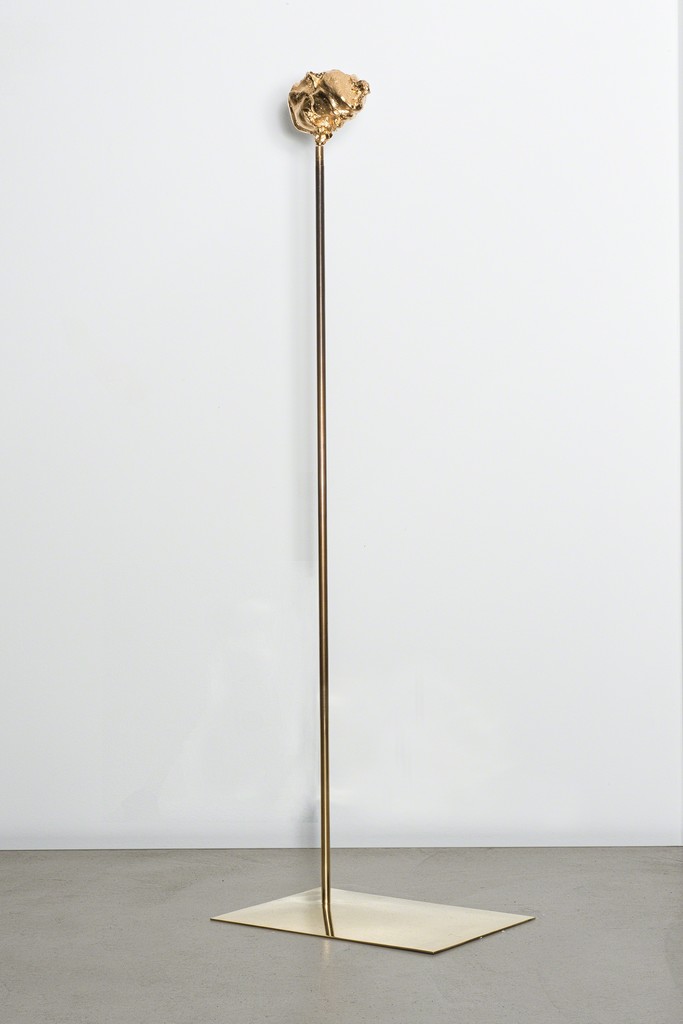 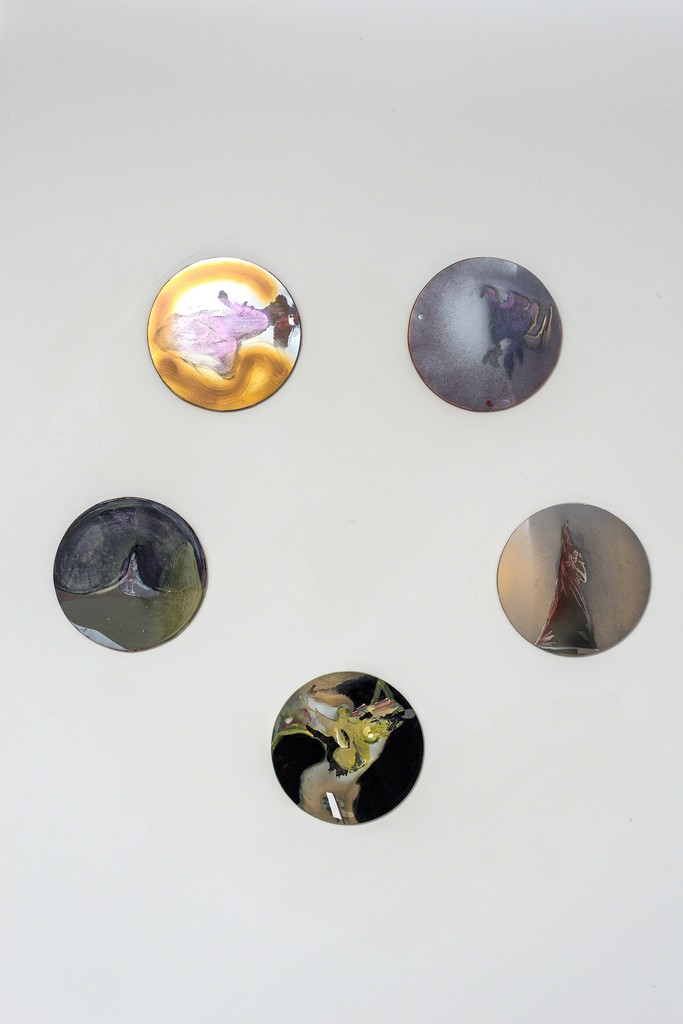 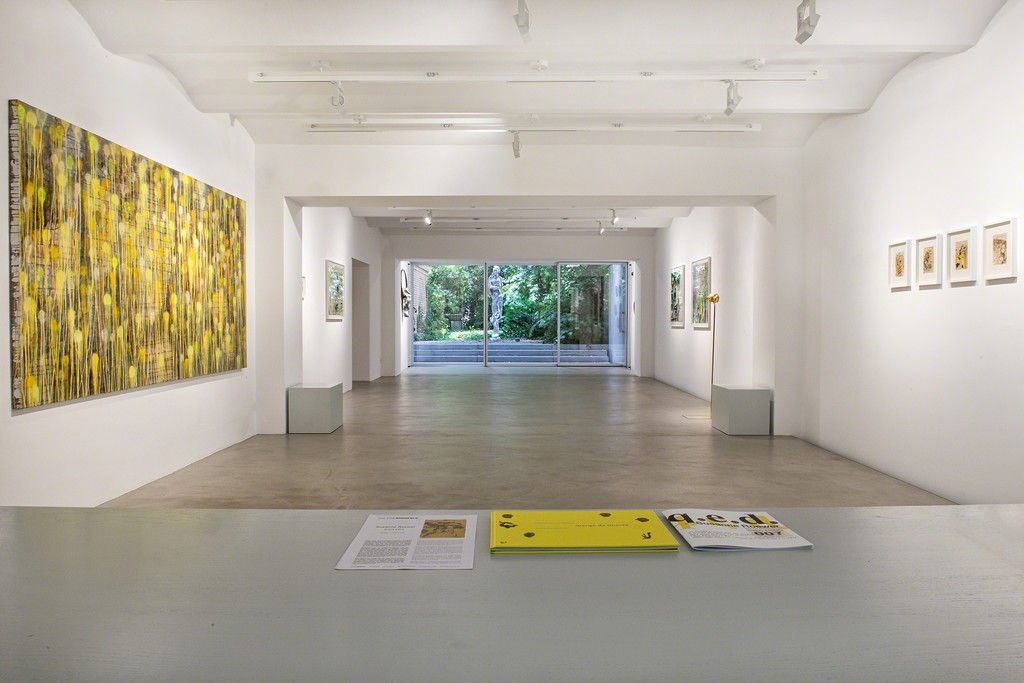 The title of the exhibition Acqua d’Oro, meaning gold water, refers to the strive for glory and brilliance and challenges the perception of Europe as a privileged and superior continent.

Whereas the drawings of stately rulers and grand lions on antique maps point to the old, expansive Europe, pieces such as “Navigating In The Waters of Reasons” draw attention to the current tragedy of refugees in the Mediterranean sea. Far from having a moral agenda, the artist questions the contradictions inherent in the construct that is Europe. How can we consolidate our liberal cultural heritage with the enforcement of tougher border politics, and what meaning have historic alliances in a rapidly changing world order?

The staged photographs, showing Gala magazine editor in chief Anna Meyer-Minnemann as a golden species, driven by a liquid galaxy of golden stars, form a perfect combination of form and content. Photography still being the best medium to convey glitz and glamour as perfected by magazines such as Gala.

Susanne Roewers sculptures seduce with their tactility and materiality. At first glance they appear to have entirely fallen for the allure of gold, however, titles such as “Hans im Glück” (Hans in Luck) undermine these notions and bring out the humour in her work.

In the name of artistic inclusion and a comment on the growing importance of the solo exhibition in the art world, Susanne Roewer has invited the established, South American painter Daniel Ybarra to be part of the show. Daniel Ybarra’s abstract painting “Golden Shower”, marks the starting point of the exhibition and right from the beginning prompts the question of fame and fortune.

Susanne Roewer, born 1971 in Bad Schlema, received her Meisterschüler in sculpture from the Universität der Künste in Berlin in 1999. Following that, alongside ar­tists Gregor Hildebrand and Marc Pätzold she founded the G7 Berlin Network Galerie, before moving to Switzer­land to collaborate with various collectors and funding programs. Her works were shown in different instituti­ons, such as most recently the Salon der Gegenwart in Hamburg (2014), the Skulpturenpark Cologne (2013), the Kunstverein Schallstadt (2011) and currently at the Fondacion Abanico in Geneva (2015). in June one of her sculptures has been shown at the renowned “Giardino di Daniel Spoerri”, in 2016 another sculpture will be presented in the sculpture park Alfred in New York (USA). In October 2015 the Fort Wayne Museum of Art (Indiana, USA) will show a solo exhibition by Susanne Roewer.