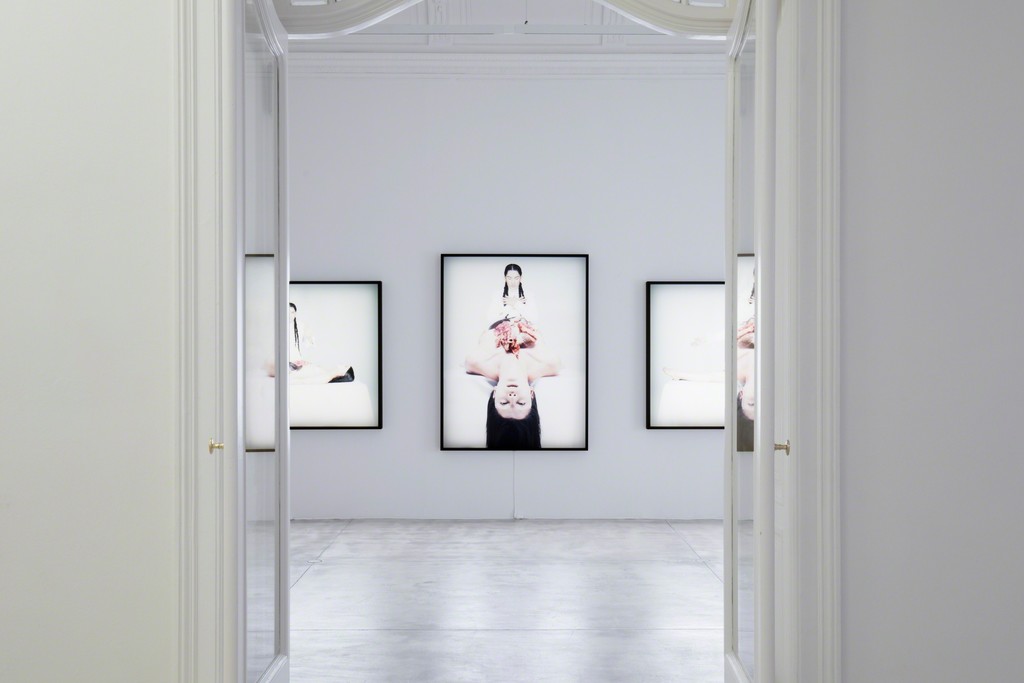 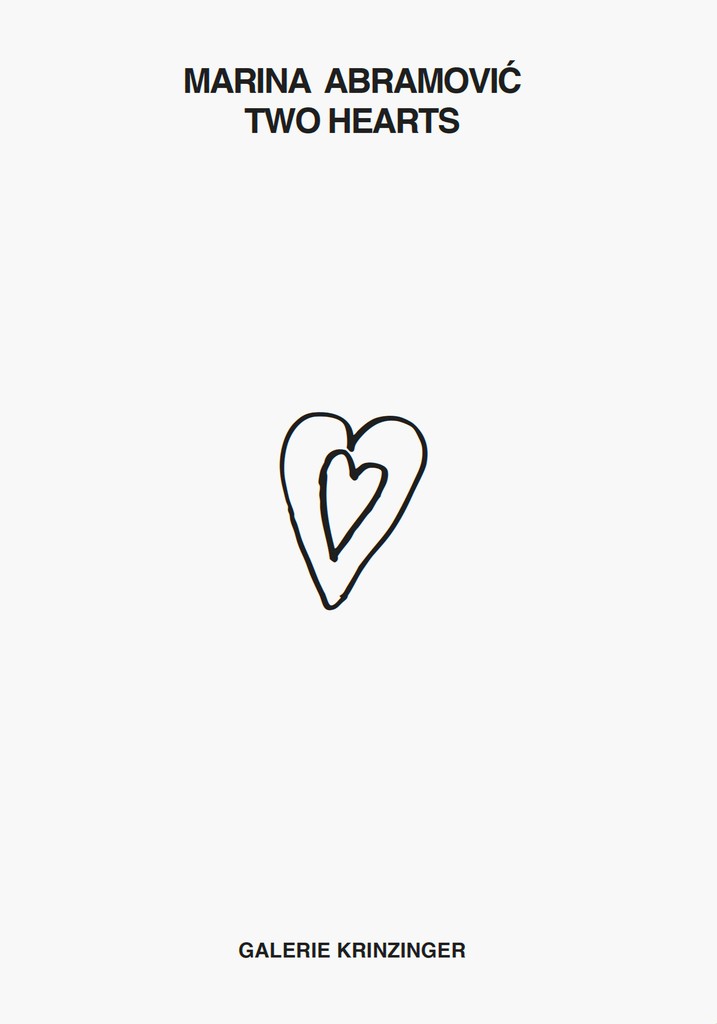 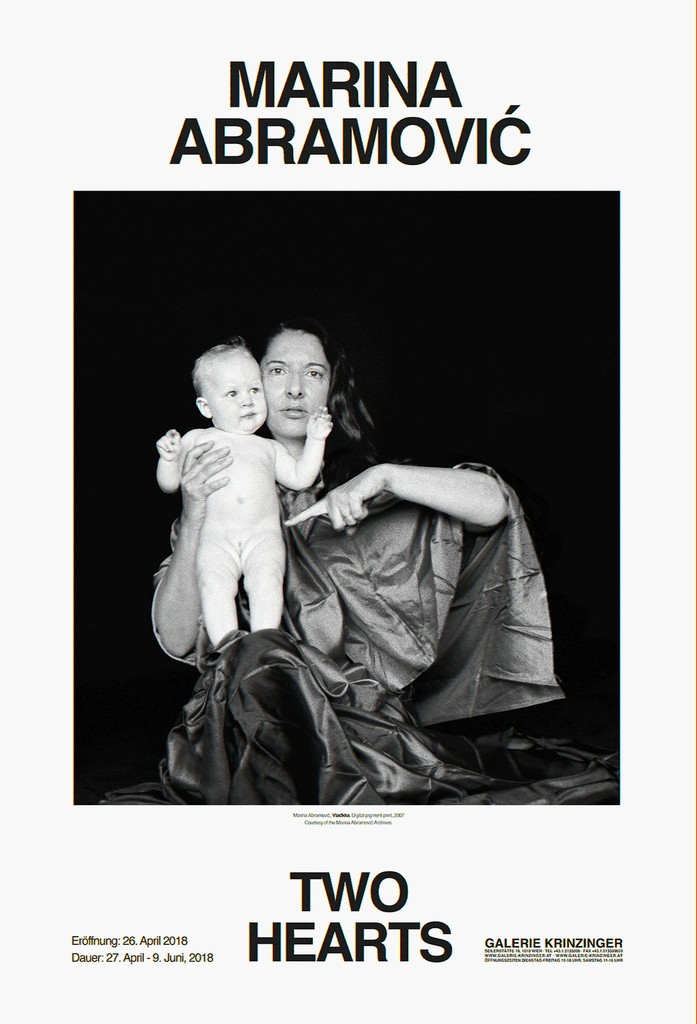 MARINA ABRAMOVIĆ
TWO HEARTS
Opening: April 26, 2018, 7pm
Duration: April 27 – June 9, 2018
Alanna Heiss, founder and director Clocktower Productions, founder and former director MoMA PS1 is speaking. Marina Abramović will be present at the opening.
„We can have so many hearts inside ourselves. In my lifetime, I have discovered two hearts.This show is about my reflections on duality, the power of female energy, and temporality.“ Marina Abramović
(Vienna, March 26, 2018) Marina Abramović is a pioneer of performance as a visual art form. Since the 1970s, she has used her body as a subject and as a medium in her grueling longterm performances to exhaust her physical, mental and emotional boundaries – often even risking her life in search of enhanced awareness, transcendence and self-transformation. For the Serbian artist, the concept of time is an important aspect in her work as well as the inclusion of the public. The significance of this dimension of her work could be seen in her performances Thomas Lips (1975) at the Galerie Krinzinger and in her performances Seven Easy Pieces (2005) at the Guggenheim Museum, New York, The Artist is Present (2010) as part of her eponymous retrospective at MoMA, New York or 512 Hours (2014) at the London Serpentine Gallery. Two Hearts deals with the heart as the seat of the soul, moral identity and personhood. Having two or more hearts means that different versions of the self are existing in one being.
Marina Abramović's exhibition brings together a group of works that deal with dualities and themes such as the self-portrait, feminine energy and feminine identity that were part of Marina Abramović's artistic creation from the beginning. The solo exhibition features the main rooms, the showroom and the kabinett of Galerie Krinzinger. On display are large-format photographic works and light boxes that deal with life and death, the spiritual and physical, the light side and the dark side, existence and emptiness and the theme of the virgin as a warrior – the embodiment of the human history of morality. Among others, the light boxes Carrying Elvira (2006) and Virgin Warrior (2006), the Portrait with Maracas (2006), Me and Me II, a photograph from 2008 – and current works, including five new light boxes Untitled (2018), a sculpture from the series Communicator (2012 – 2018). The series Study for A Monument (a, b, c, d) (2018) and the revised film version of Dragon Heads (1990 – 1992, 2018) will also be presented.