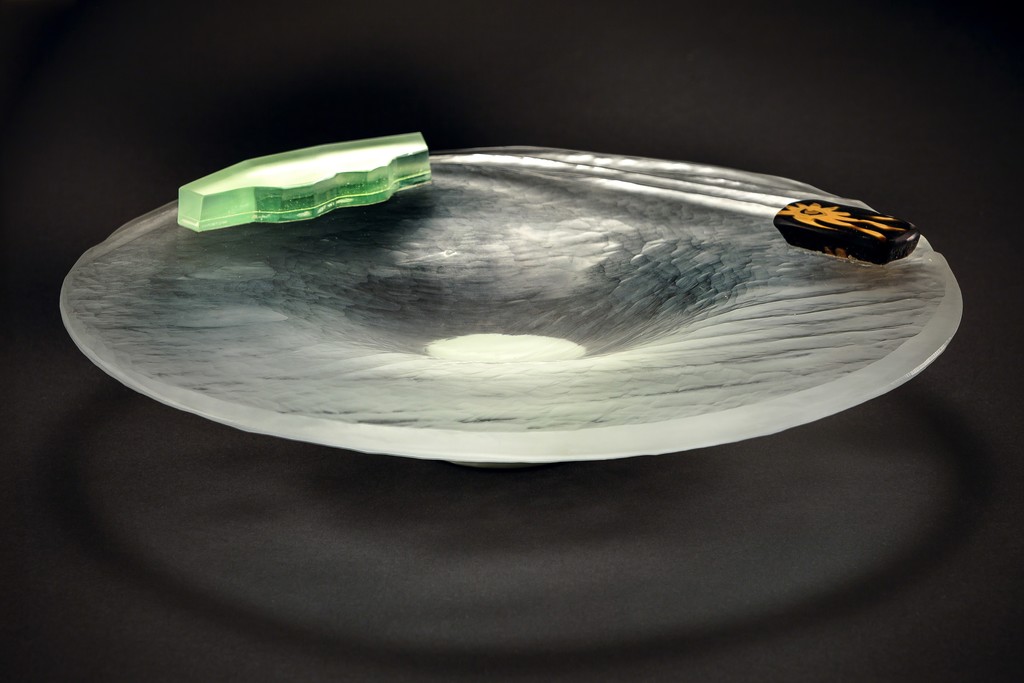 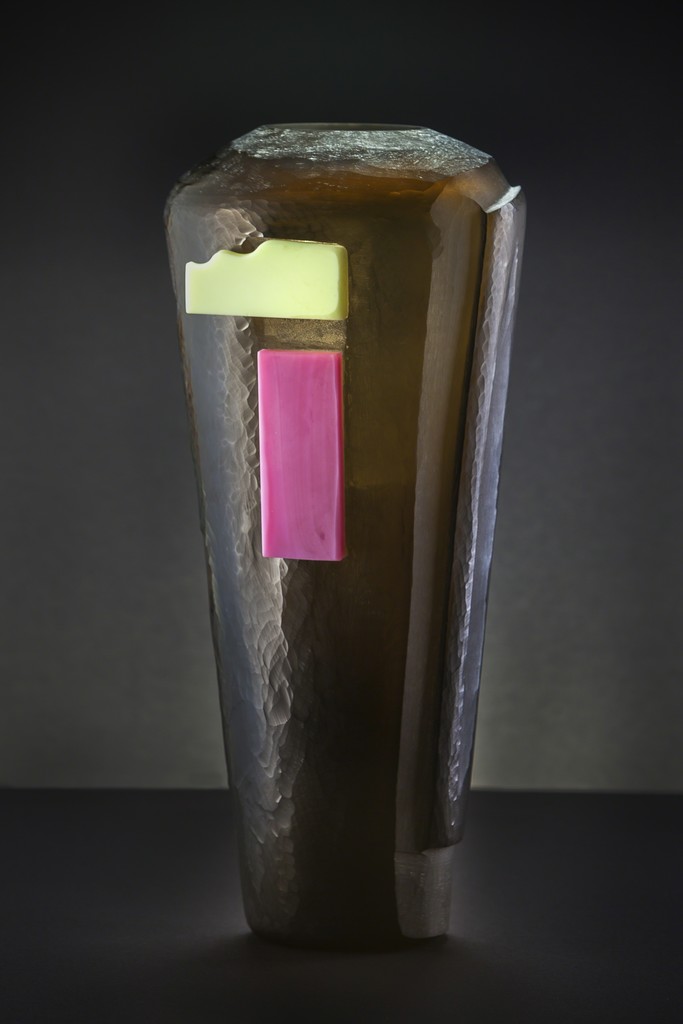 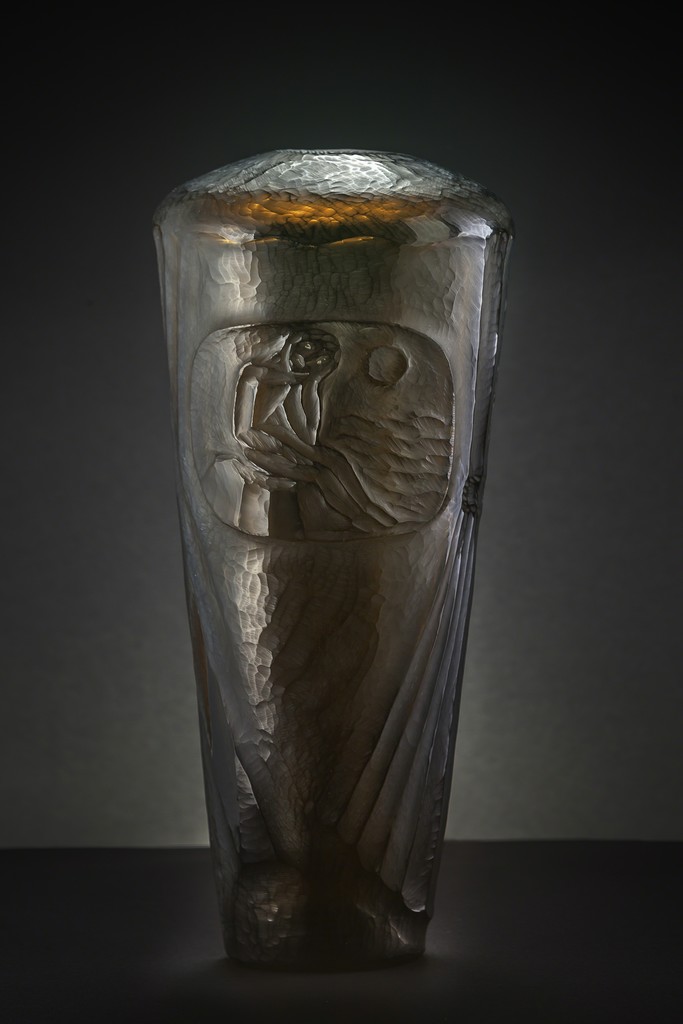 Glass is a highly desirable material for artists thanks to its optical-aesthetic properties and its sheer variety of form. But this material also offers vast opportunities in terms of refining and customising its surface. Such interventions in the surface structure of glass can yield a large number of dazzling artistic features, which can either harmonise or increase the dynamic nature of a given glass art object. Mirroring the geological process of tectonics, through which the layers of the Earth’s crust interact and evolve, the grinding and polishing of glass also represents the deformation of a surface through the addition of unique relief features, albeit in this case via a deliberate and exacting intervention by human hands. And such a description is certainly applicable in the case of the cut glass objects of artist Anna Polanská. Her items feature bold etching deep into the surface of the glass. Together, these create a blend which both evokes the archetypal features of the natural world, and also fleeting touches of the aesthetics of ancient gem cutters, as well as the architecture of the 1930s era.

Anna Polanská was born in 1973 in the Czech town of Mladá Boleslav. She graduated in the field of glass engraving from the Secondary School of Glassmaking in Kamenický Šenov. This was followed by university studies at the Academy of Arts, Architecture and Design in Prague (UMPRUM), first at the studio of Professor Kurt Gebauer (sculpture), and subsequently under Professor Marian Karel (glass in architecture). Polanská has spent the last eighteen years heading the glass engraving department at the High School of Applied Arts for Glassmaking in Železný Brod. Not only does she design her own glass objects, but Polanská also takes a hand-on approach to cutting, gluing and a variety of other techniques. Her initial education, followed by a career as an artist and teacher, can be viewed as an ongoing quest to fully explore the expressive possibilities of glass. Polanská’s works can be interpreted as the figurative pages of a diary, regularly updated with riveting experiences and the results of an ever-expanding knowledge of her craft.

Taken together, the glass objects created by Anna Polanská over the course of the last year serve to illustrate an ever-developing artistic vision centred around notions of exploring the outer limits of the techniques of glass cutting and engraving. Polanská’s work comes across not as artificial or predictable, but rather as naturalistic, organic, and spontaneous. And depending on the perspective of the observer it is possible to ascertain not only variations in form, but also in character. And this interaction with observers means that Polanská’s objects ultimately become a kind of living entity; their unique surfacing serves not just as decoration, but as an expression of essential character. Like the contours of the Earth’s surface, or the wrinkles on the aged faces of humans, Polanská’s engraved glass surfaces offer a tantalising story of the very nature and possibilities of a unique material.