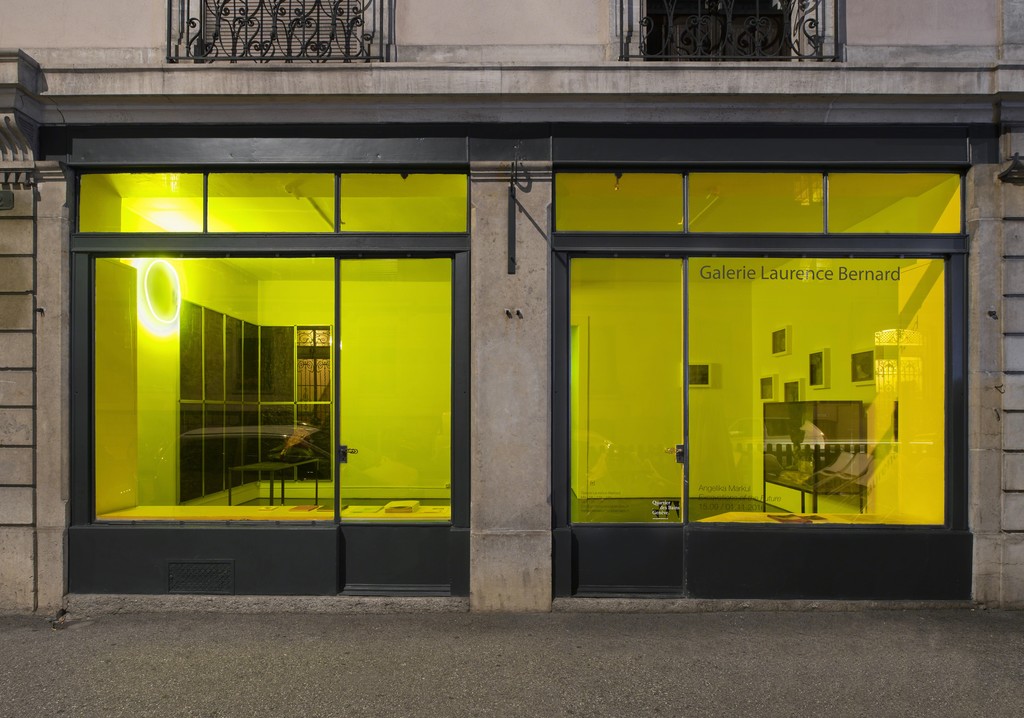 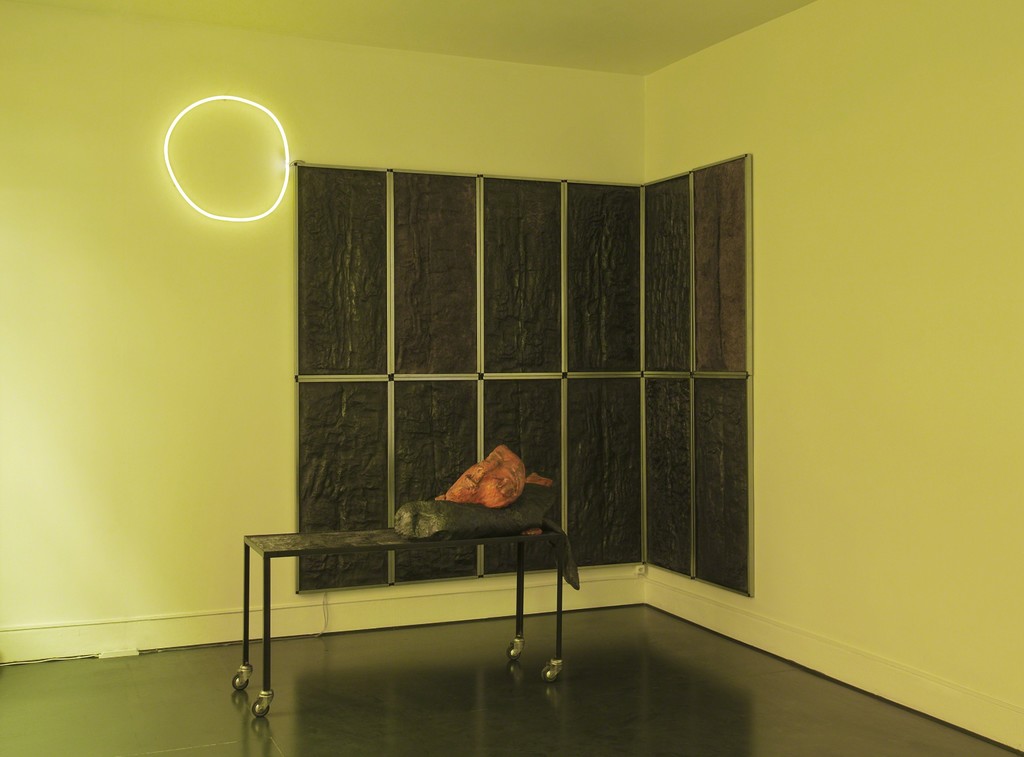 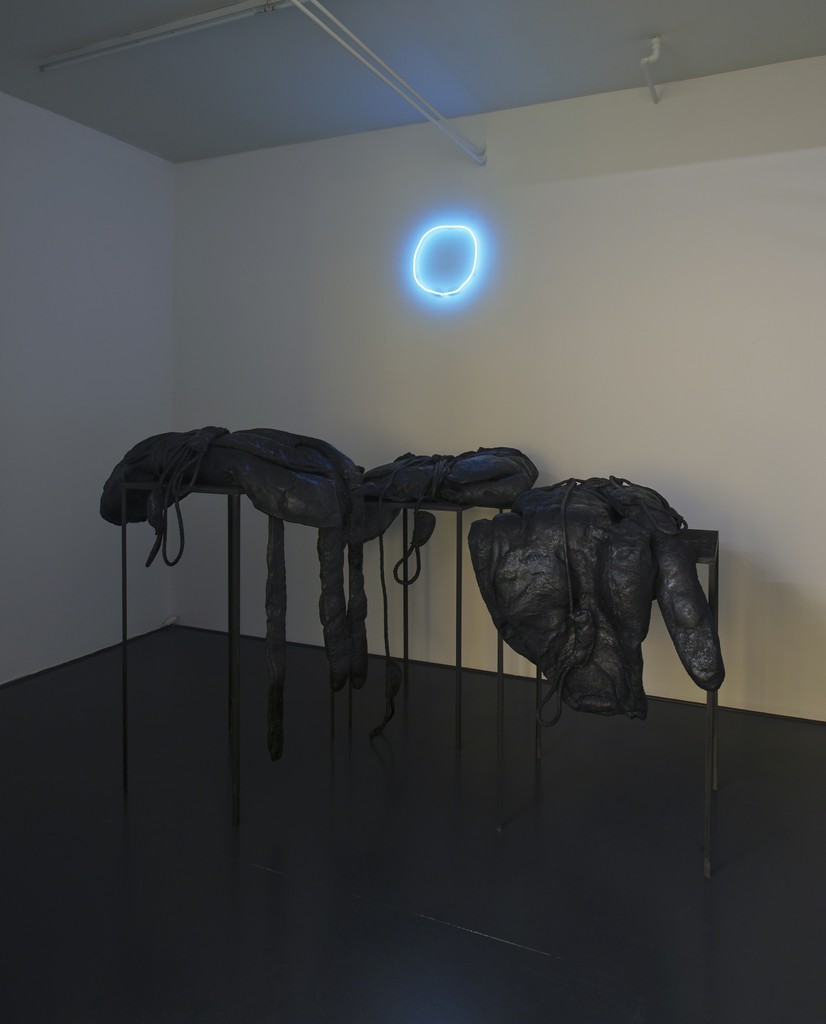 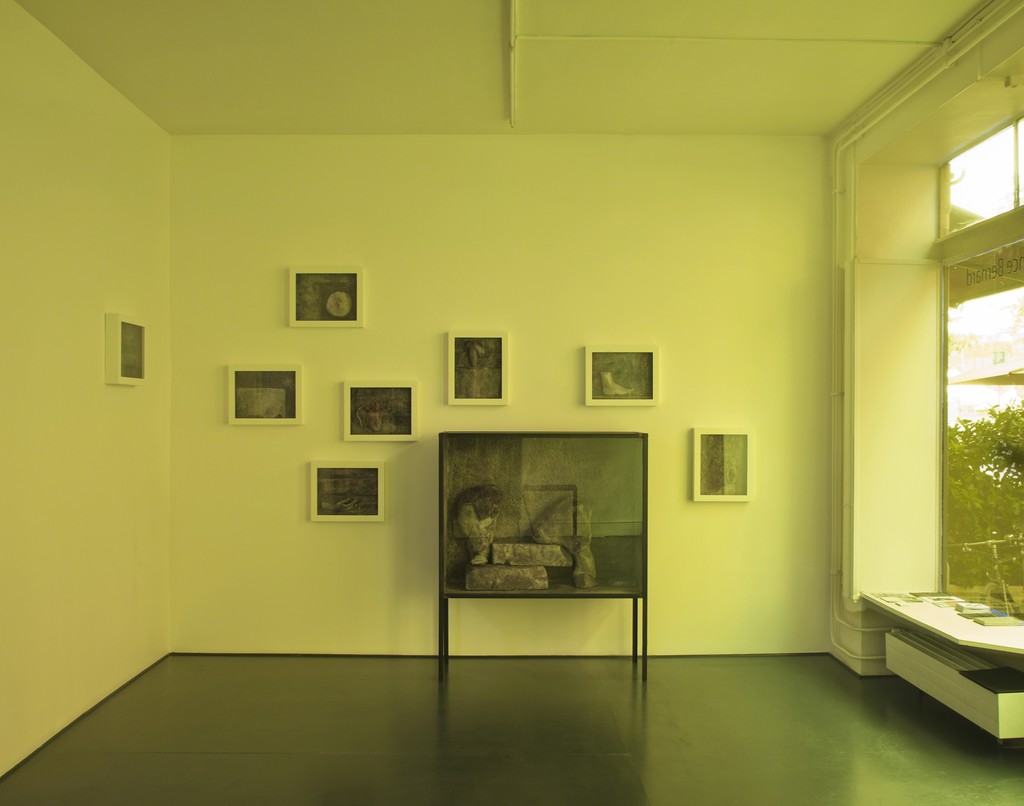 Laurence Bernard Gallery is pleased to present the artist Angelika Markul’s first solo exhibition in Geneva: Excavations of the Future.

The artist proposes a journey into two “chambers” inspired by the ceremonial architecture of Mesoamerica, especially that of Teotihuacan. Rather than a replication of exterior forms, these sites are evoked by symbols of the sun and the moon, a spatial layout according to cosmic balance, and the disposition of objects as excerpts of an excavation. The alignment of the pieces alludes in particular to the discovery of a long, winding tunnel under the Temple of the Feathered Serpent, considered to be a macroscopic and metaphorical representation of the underworld traveled by the dead.

Here, however, the religious dimension is erased in favor of a quasi-clinical approach, closely combining two temporal strata: the spread of a civilization, and its excavation. The superposition of the ritual, in its formal aspect, and of its analysis, takes on the appearance of the discovery of disparate elements held to be the lone traces of an extinct being. Like the assessment of a person’s accumulation of objects throughout the course of his or her life, archaeological excavations reveal an ensemble of fragments that are senseless a priori, and necessitate specific tools, a codified mode of operation to interpret them, to discover their use. If one considers the sculptures of the funeral chambers of Teotihuacan, tasked with accompanying the deceased in tales of the great beyond, the contemporary body has only its earthly goods, which are not preserved with the dead being, who is himself subject to destructive treatments. In this way, apart from images of excavation activities, the two-part space confronts an ensemble of existential questions, notably evoked by skeletal, mummified beings: questions of organic becoming. Angelika Markul’s artistic practices will encounter, for the first time in this space, a sketch of the human figure.

The soil samples in the second space, tinted blue under the auspices of the moon, are a different aspect of the excavation. White wax preserves the spectral softness of these more “documentary” pieces, where precisely positioned frames compose a geometrical sun. The passing from organic forms to telluric layers leaves out the corporeal factor, and reminds the viewer of Angelika Markul’s recurring relationship with acts of nature, geological movements, past catastrophes, and, powerfully, perhaps explains the suggested extinction in the first chamber.

Rather than a mute space, an archaeological dig frozen in mid movement, the site as exhibition evokes transformations that nature herself takes charge of, making use of the temporal factor. If the artist tasks herself with the manipulation of levels of earth and time, she reveals and confronts the great forces at work by the hand of man and nature. These ongoing mutations are what the artist observes under the guise of a cold research protocol: transformations of use, of consistency, of form, in a space bathed in glimmers of a vision that is first solar, then lunar, then solar again, a round trip course through genuine revelations.