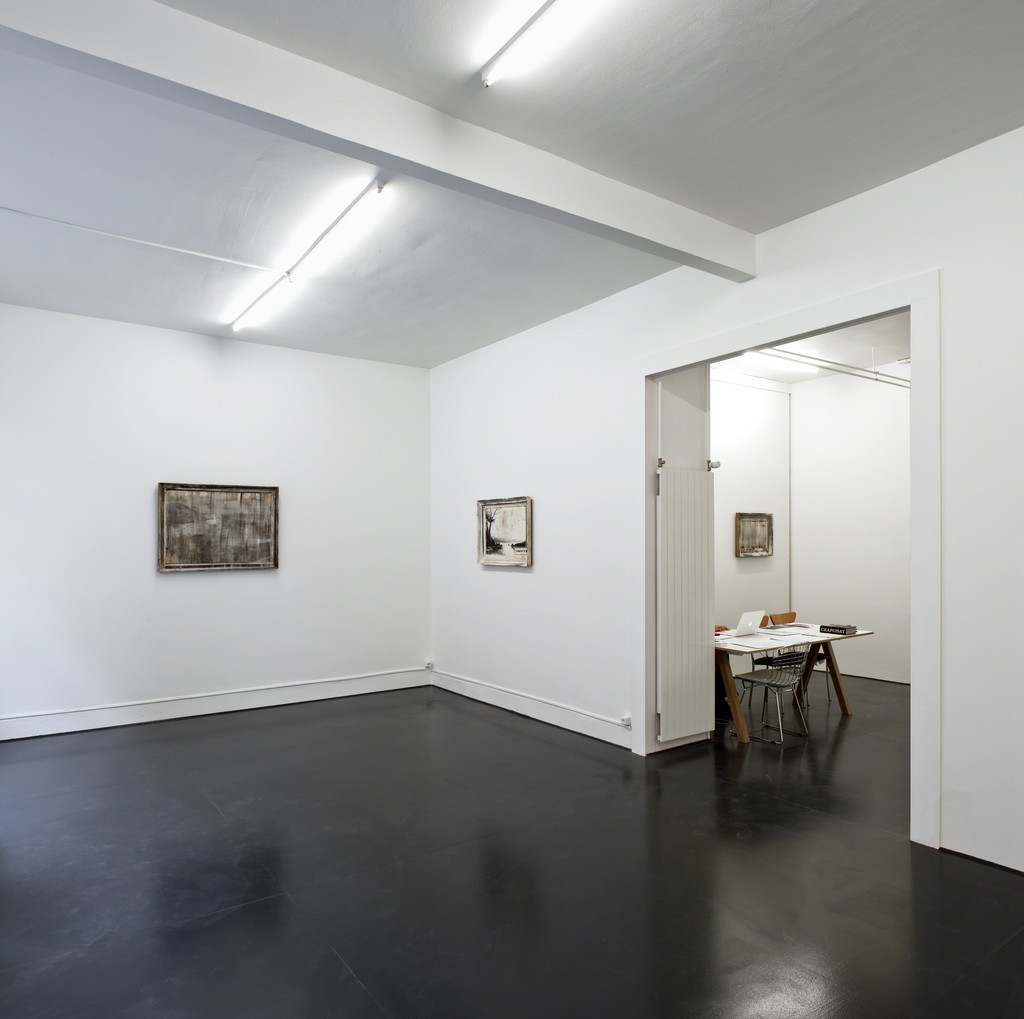 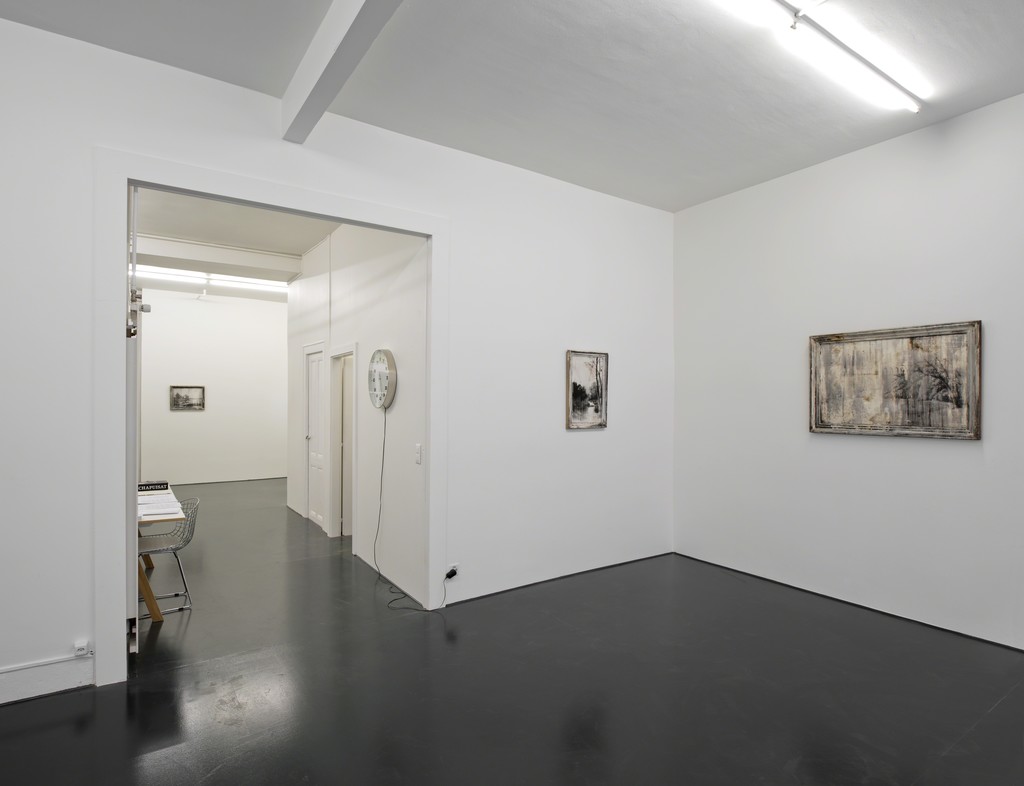 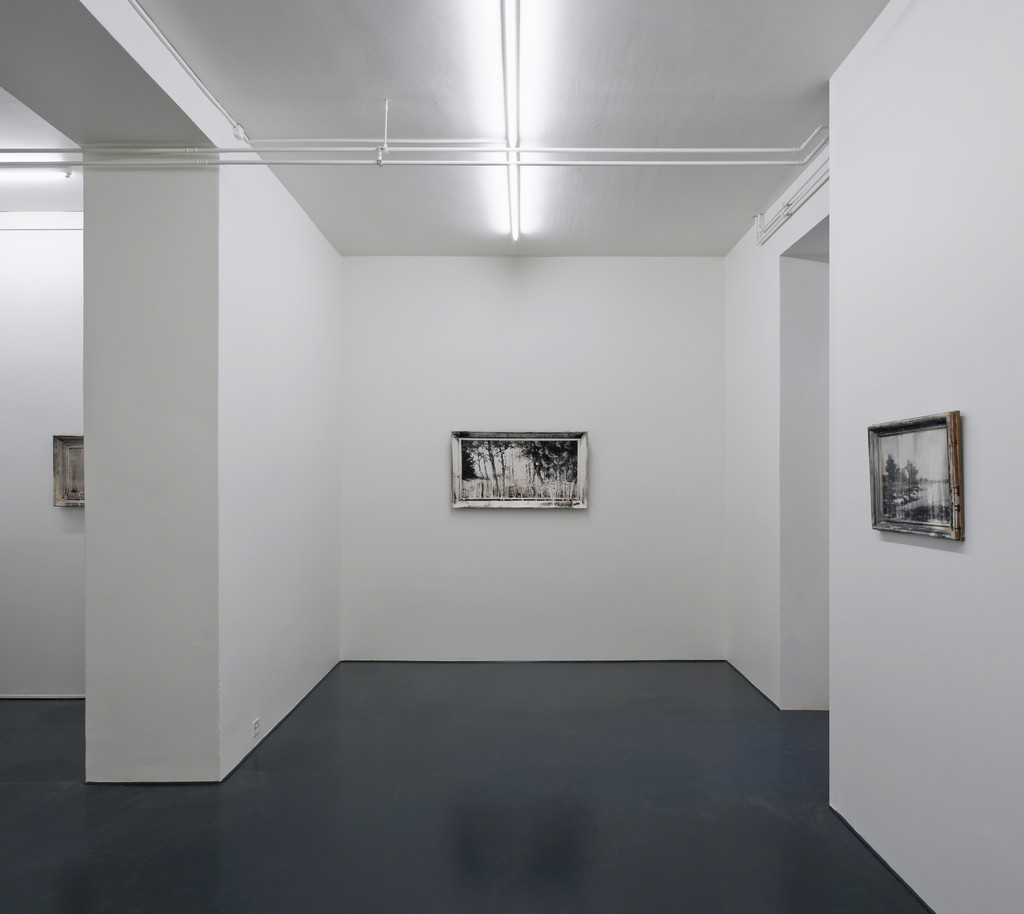 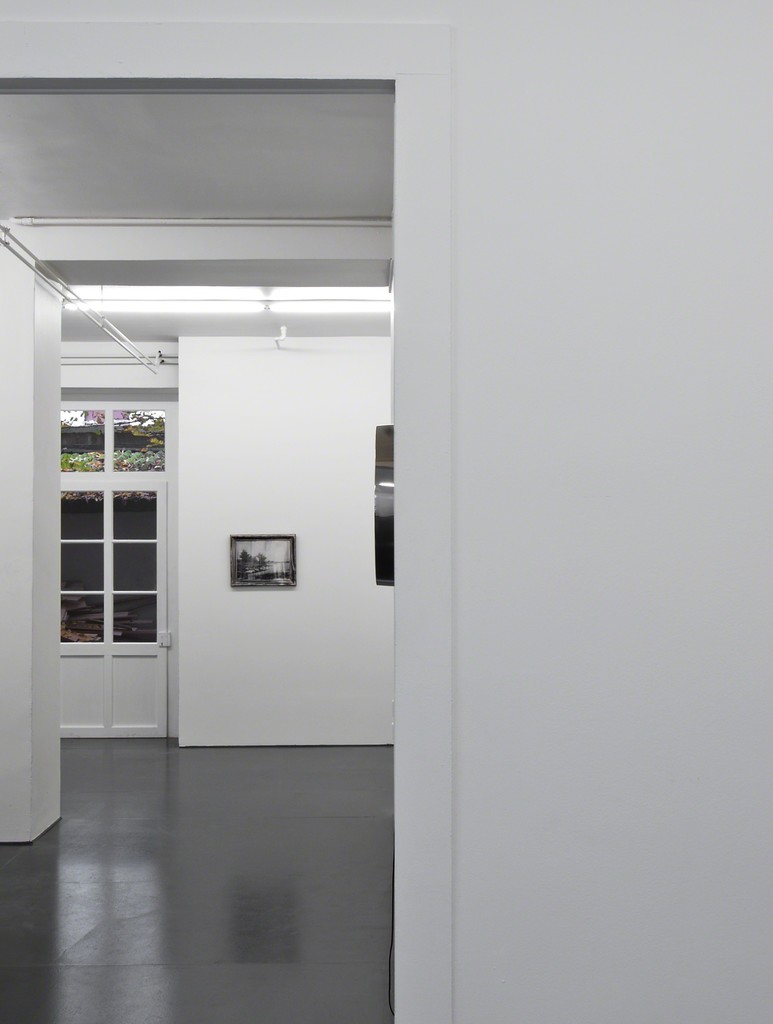 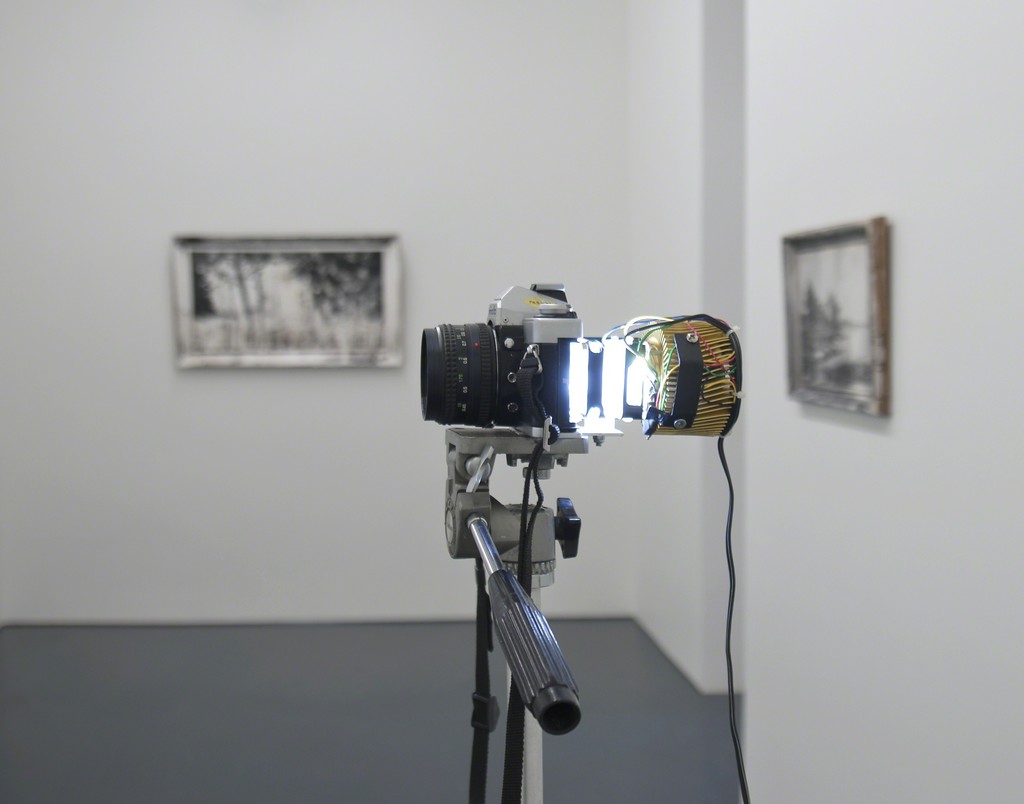 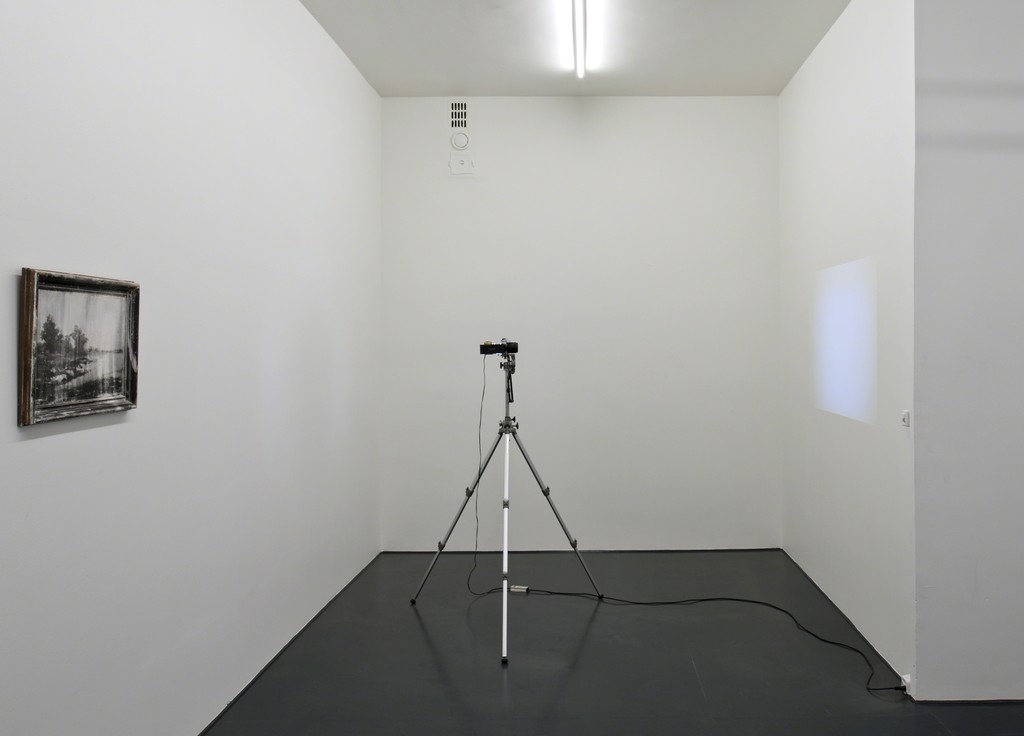 Used in both mathematics and philosophy, the notion of hyperreality invokes an extension of the real as well as a reality different from objective reality, which leads to an inability to tell the difference between the two. In choosing to title his exhibition at the Laurence Bernard Gallery “Hyper Real,” Bertrand Planes develops a discourse on the representation of landscapes that reflects the ontology of art and the status of the copy, but also the multiplication of the means to reproduce the real.

The landscapes which Bertrand Planes exhibits are situated within the confines of pictorial creation. Their origin transgresses values as well as the habitual modes of production of the genre. Indeed, in turning away from outdoor landscape and motif painting to bring the gaze toward marginalized objects, which is the case of the canvases he recuperated from garage sales, Bertrand Planes introduces a sensitive reflection on the consumption of images.

By intervening in paintings created by authors who've since disappeared, the artist breaks with several conventions: First, he seizes upon objects ignored by the art market in order to reignite interest. Second, by summoning painting, photography, and video projection in one medium, he overdetermines his subject and in this way questions our relationship with modes of production and with Walter Benjamin's introduction of this concept. (…)

At the end of the process, poetry introduced by the accidents inherent in creation leads to a new breath of life. Reproduced and subjected to successive transformations by photography and computer imaging, the image of the primitive landscape little by little takes back its entitlements. Where Walter Benjamin accused the technical reproducibility of images of altering the aura of the original work, Bertrand Planes shows that reproducibility can also reinstate its essence.

With a dizziness more real than natural, and the enchantment of the mise en abyme of the real, Bertrand Planes finishes by creating not a copy, but rather a new original, a hyper real whose aura has been restored. An autoreferential and paradoxical object that abolishes all rapport with time in order to better bring about the rebirth of the work of art's essentialist dimension.