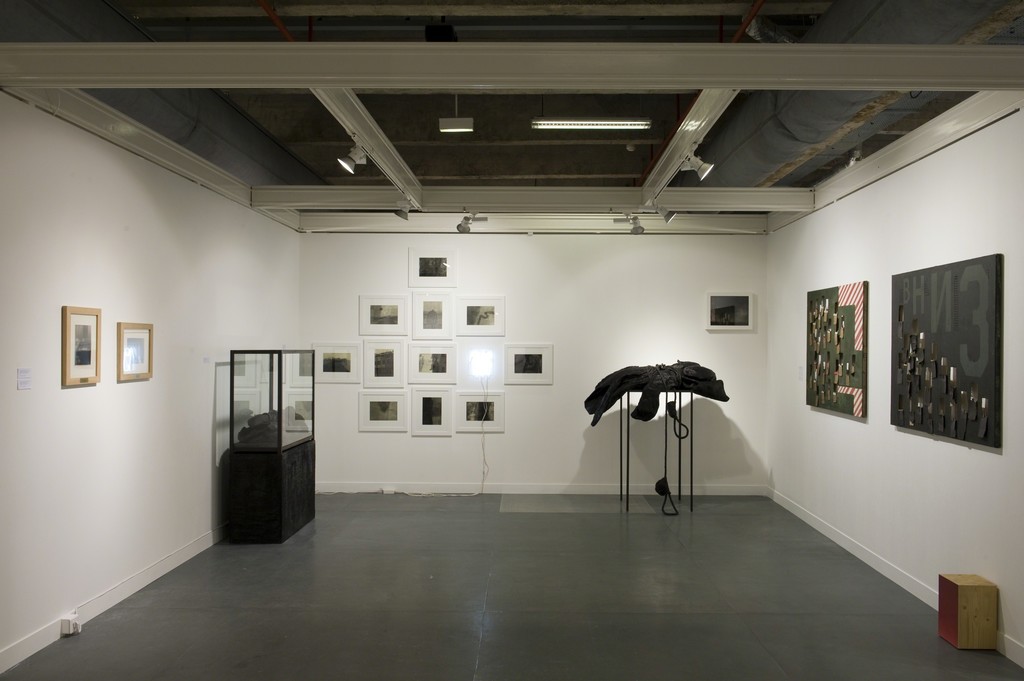 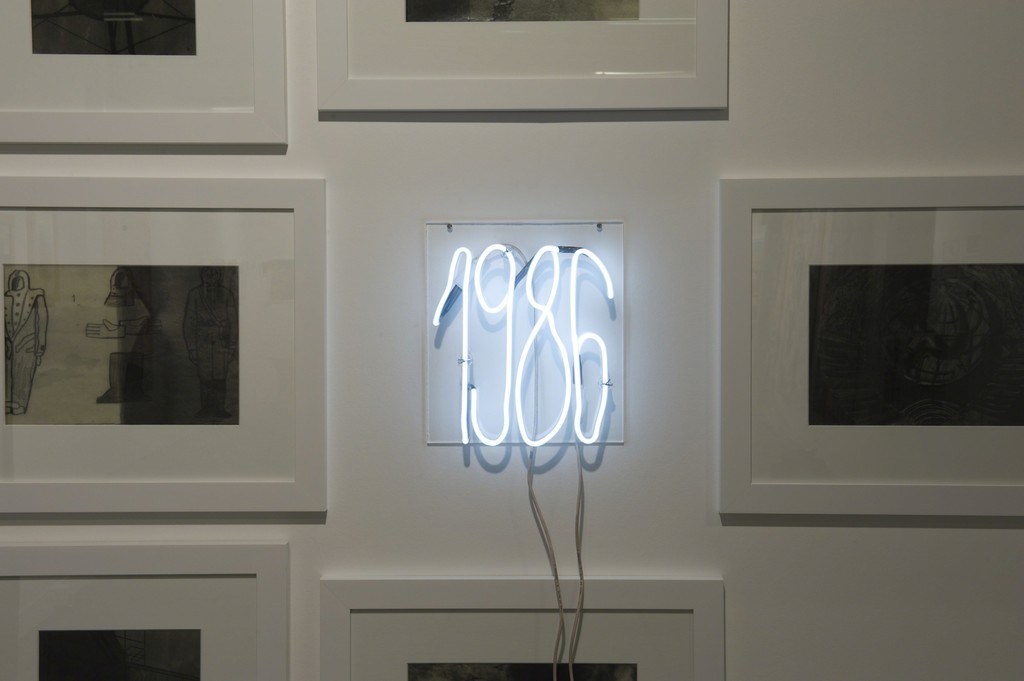 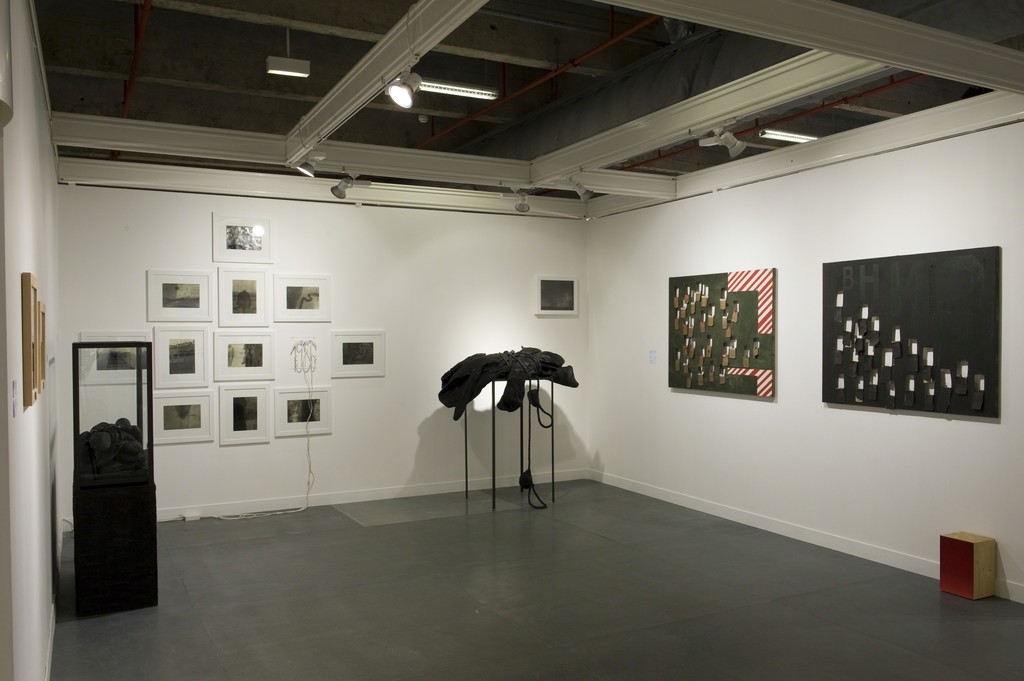 A first, frontal, group is a composition of new works by Angelika Markul: Bambi à Tchernobyl, created in liaison with the eponymous video (2012 SAM prize for contemporary art).

A set of drawings is “commented on” by a 1986 in neon: the year of the nuclear disaster. These are broken-up images of a journey made in forbidden territory, with great danger of contamination. Placed on a base, seven sculptures – animal skins or vegetation covered by black wax – transform the wall system into a monument.

Placed on a base, a sculpture made of felt fabric covered by black wax transforms the wall system into a monument.

Combining flat surfaces and relief in this way places the spectator at the center of historical challenges, evoked by relics transformed in the same way as taxidermy: in order to turn memory into an artistic work. The wax applied on all the materials – a recurring feature in Angelika Markul – signs this determination to perpetuate what is only an event.

Just like the video – a powerful variation of the work, this series of pieces almost systematically omits the human factor, if not by its absence. The same result of an uncontrolled manipulation of natural forces, the disaster and its carnage appear like an interplay of underground forces, annihilating the possibility of a recreation of this fragmented territory that Pripyat became. Its isolation from the rest of the world is like a sentence of exclusion after the disaster and evokes a successive movement of expansion and contraction, inverted tensions, that the sliding from medium to medium infuses.

Work on underlying forces also appears in Koka Ramshvili’s works. Two paintings from the late 1980s, a rare account of one of his most famous production periods, four photographs and a group of new sculptures created in 2015 will be presented.

Around the Georgian Pavilion of the 2009 Venice Biennale, this artist, whose works are rarely seen in France, is continuing his meticulous research on the challenges of the form.

These challenges are in line with artists haunted by the question of the stretcher, the canvas as support, surface, window. Two paintings undertake a reflection on this materiality, and its possible circumvention by the opening of frames in the frame. The conquest of the three-dimensional – overflowing from the front, hollowing out toward the void, finds a stripped-down counterpoint in the Lost Landscapes, sculptures and paintings level with or on the ground. Monochromes and abstraction go hand in hand with the classicism of the technique, inherited from the Flemish painters.

Koka Ramishvili: The questions of “blocks,” of fragmenting, fully plays in the volume or the hollowing-out. It is the challenge of the representation – of horizon, of radiation – that these works discuss, and that a series of photographs, the Ectoplasm Phenomena, continue to explore. These falsifications of images, superimposing layers of retouches, broach this question, which unites Koka Ramishvili’s entire body of work: “What invisible is favored by what visible?” (Joerg Bader).