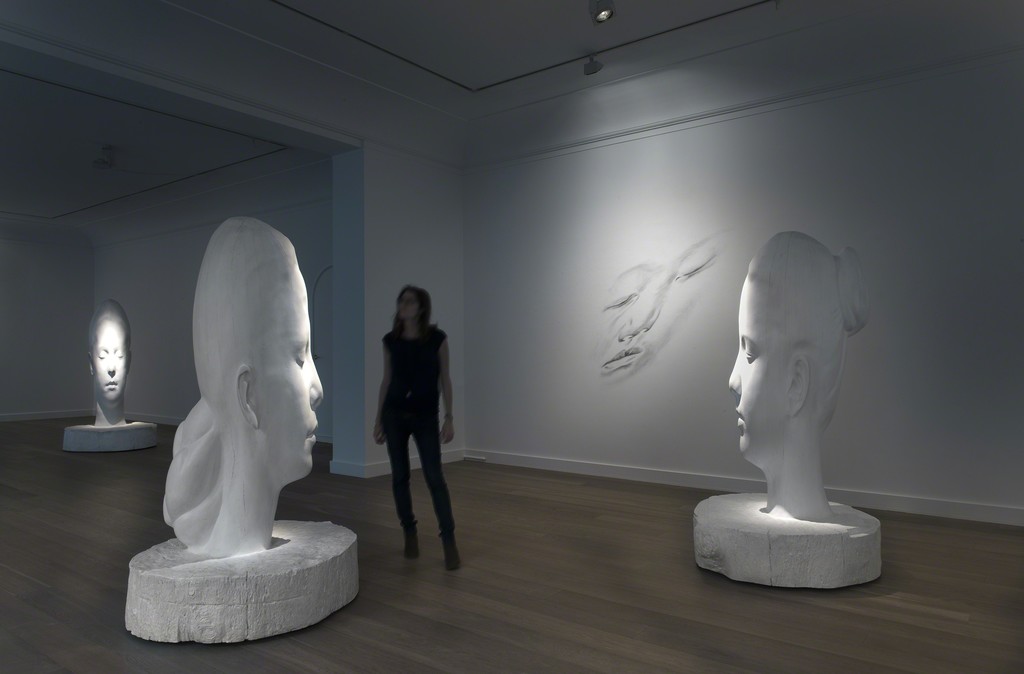 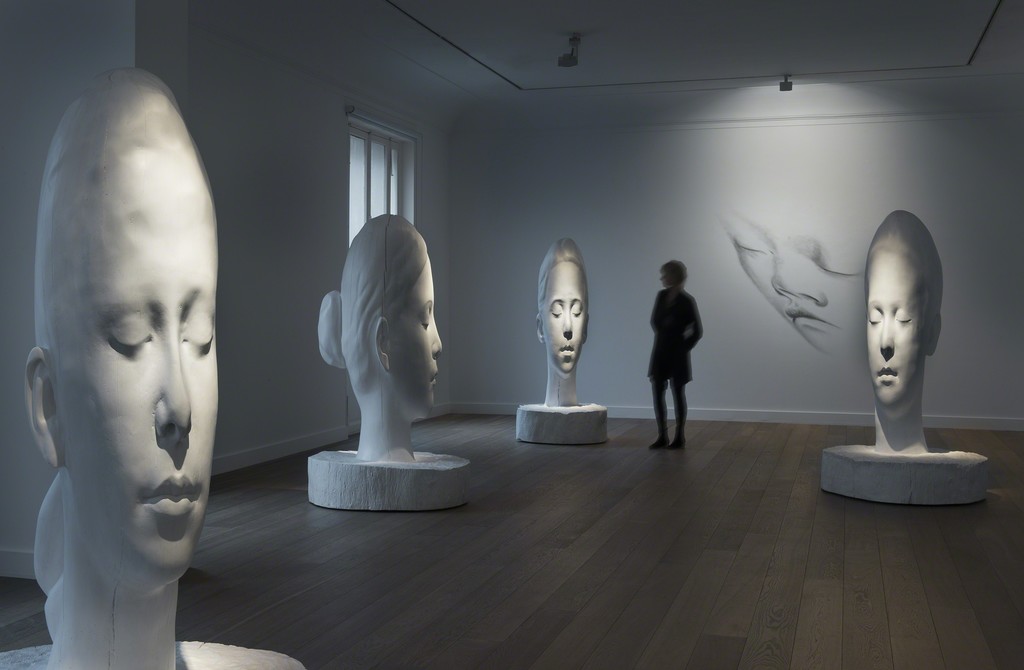 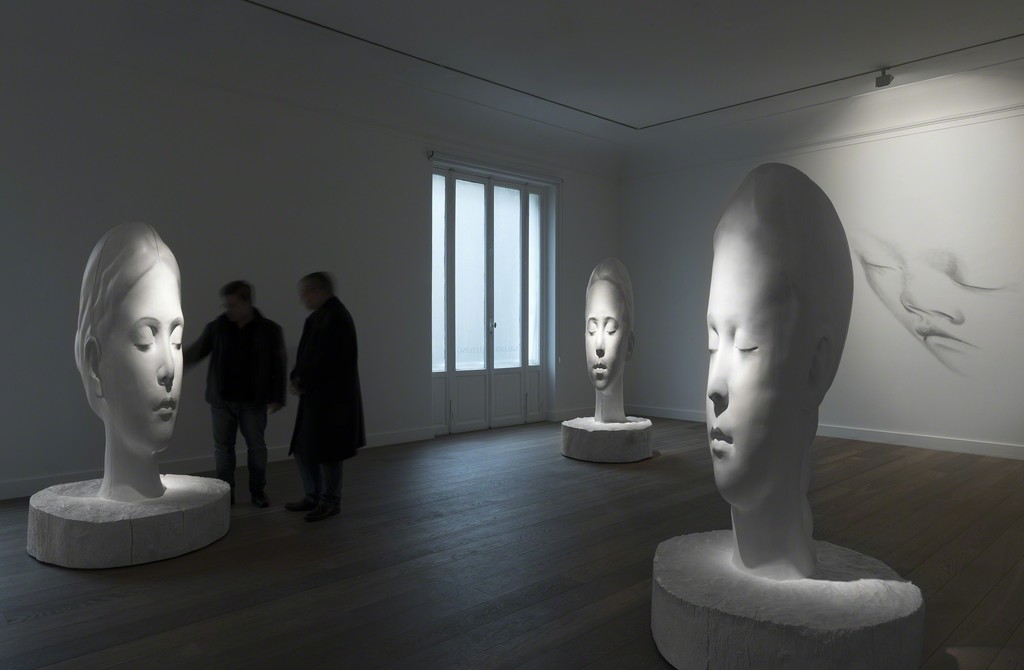 Since Jaume Plensa (born in Barcelona in 1955) was last exhibited at Galerie Lelong, he has been very active internationally. His anamorphic heads of young girls made from cast iron, standing some 7m high, were displayed for the first time in a vast exhibition in the streets of Bordeaux, in 2013, along with other well-known Plensa sculptures: huge human silhouettes made up of letters and symbols in stainless steel, similar to Nomade, installed in Antibes, and seated illuminated figures on poles like the ones that dominate Place Masséna in Nice.

Another exhibition was organized at Millennium Park in Chicago for the celebration of the 10th anniversary of the Crown Fountain, created by the artist in 2004. More recently, the works of Jaume Plensa have been seen in museums in Augsburg and the Musée de Céret. Special mention must be made of the exhibition in the San Giorgio Maggiore Basilica in Venice in a collateral event of the Biennale between May and November 2015. This exhibition was widely appreciated and received a Global Fine Art Award in the “public art” category.

“Clearly, sculpture is not a question of material, size or weight, it is a question of energy,” says Jaume Plensa in one of the interviews Galerie Lelong will publish in 2016 in an edition that is part of a wider collection of artists writings that already includes Donald Judd, Richard Serra, Jannis Kounellis, Louise Bourgeois, Antoni Tàpies and Sean Scully.

For his new exhibition at Galerie Lelong, “La Forêt blanche”, the artist has used the faces of young girls to create figures in lightly-cracked wood that are then transposed into bronze. A matt white patina covers them bringing softness and serenity. “If the eyes are closed, it is to better underline the inner voice, the soul that resides within the darkness of our bodies,” Plensa tells us.