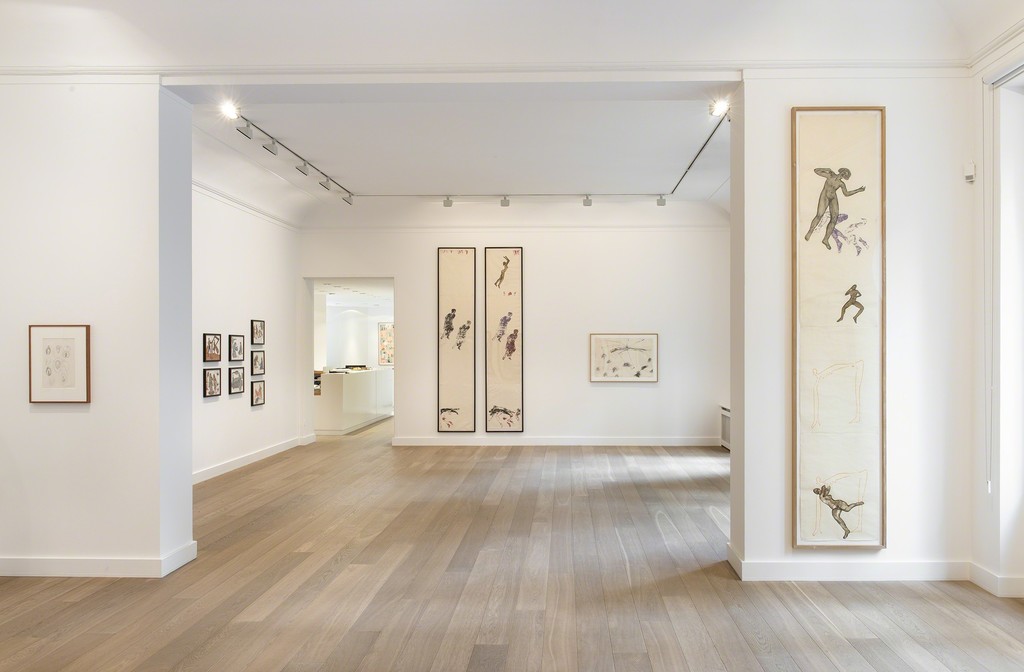 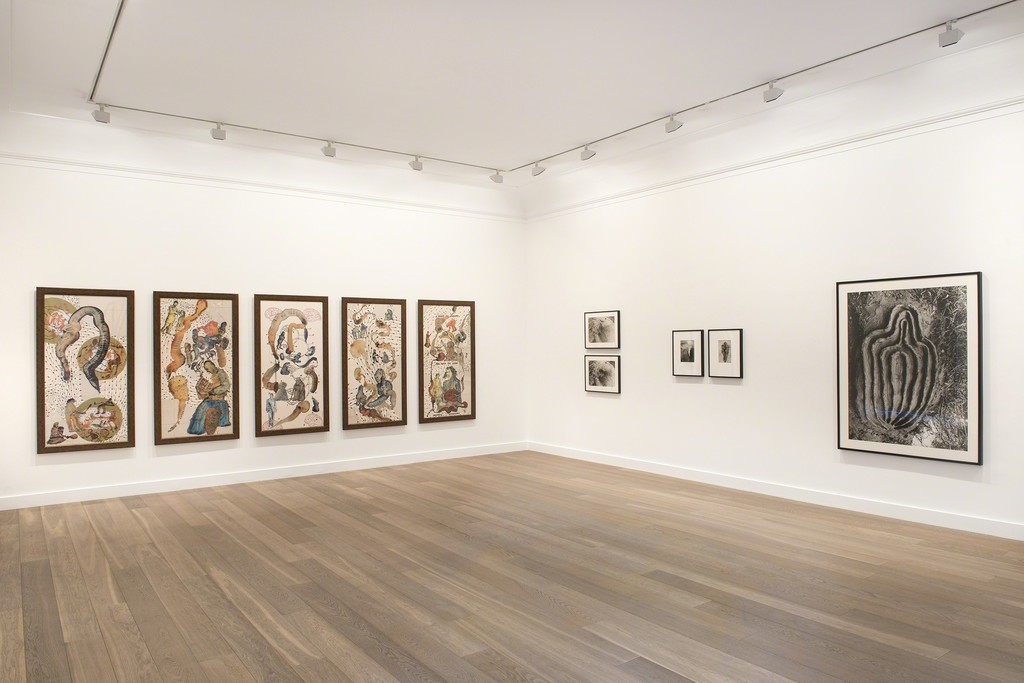 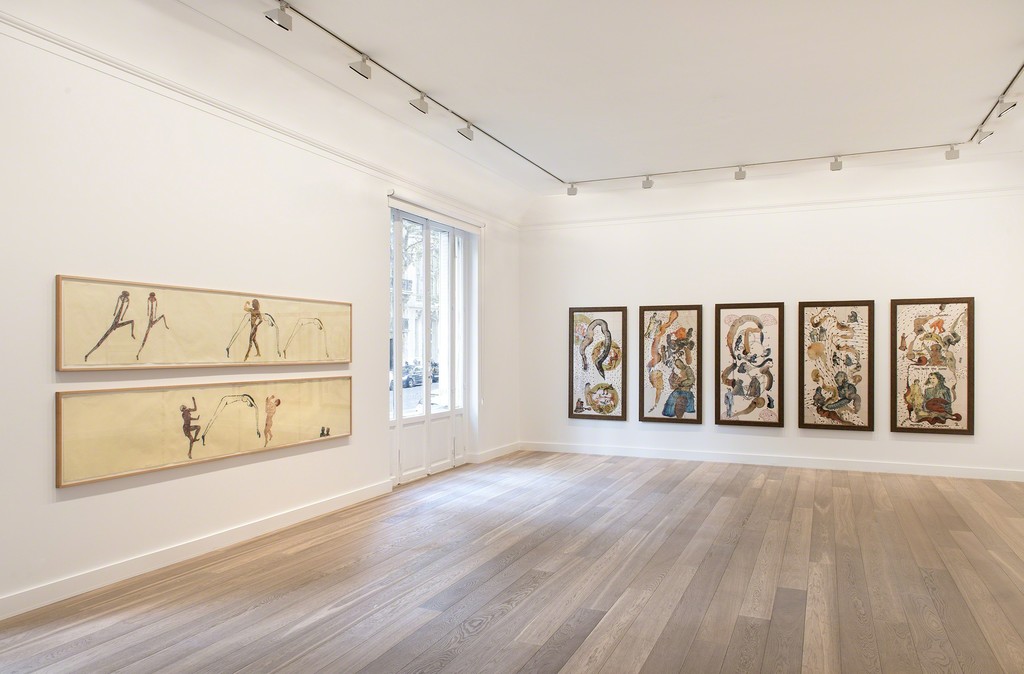 Nancy Spero (1926-2009), Ana Mendieta (1948-1985), Nalini Malani (born in 1946): three women who, over time, have each earned a reputation as major figures of the contemporary art world. While they did not always get the chance to meet and discuss their works in person, there are undeniable echoes in their respective outputs.

Although they were born in different countries and each has a very singular life story, their works have regularly come together during important group exhibitions organised throughout the world. At the heart of all their work is the same essential feature: the female form and the story of its representation across the ages. This most often appears as a body (and even her own body in the case of Ana Mendieta) visible on a sheet of paper or a canvas; far from being simply an allegory, it asks us to think about our place within our society. It is the very nature of their approach, a blend of modesty, sensuality and provocation, which unites these three artists. Their works manifest a political and feminist agenda, sometimes obliquely, sometimes very explicitly. Their careers are filled with travel, exile and encounters and have generated a body of work that is sensitive and feminine (more than it is feminist), imbued with a significant affective and personal dimension.

Mid-way between a homage and a citation, Trio is more than an exhibition; it is a reconstituted conversation between these three artists. Nalini Malani, who will have a solo museum exhibition in 2017 in Paris, will thus use her latest paintings to engage in a dialogue with the photographs and drawings of Ana Mendieta and the large works by Nancy Spero.

In parallel, a series of recent prints by Nalini Malani, published by Lelong Editions, will be presented in the bookshop.