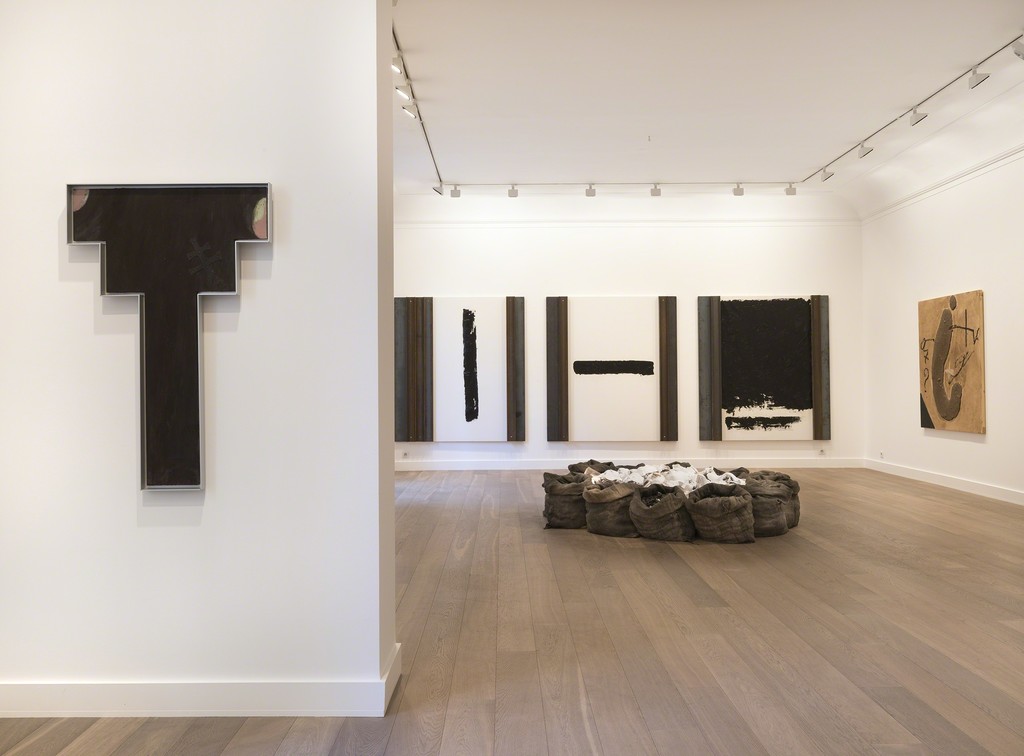 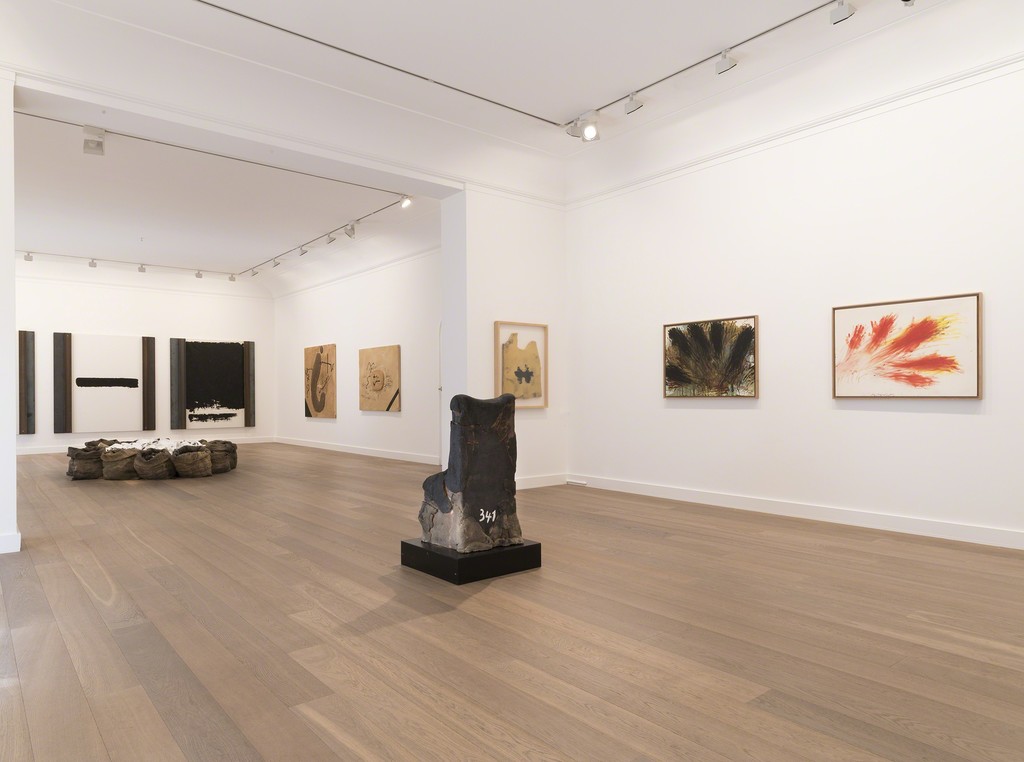 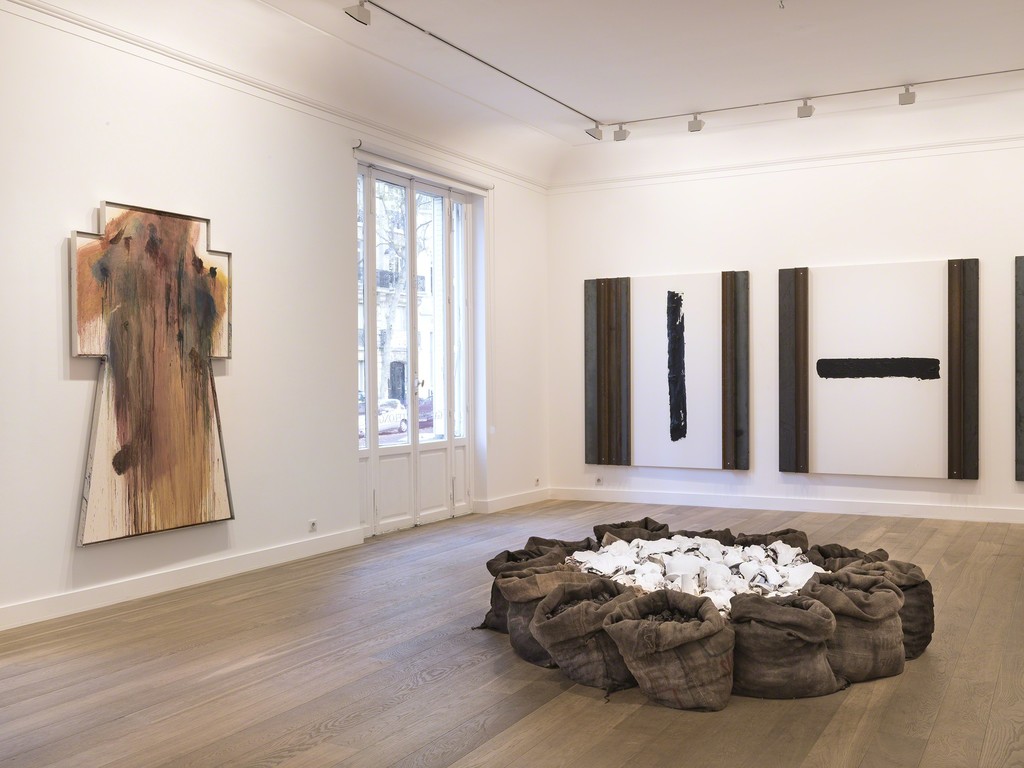 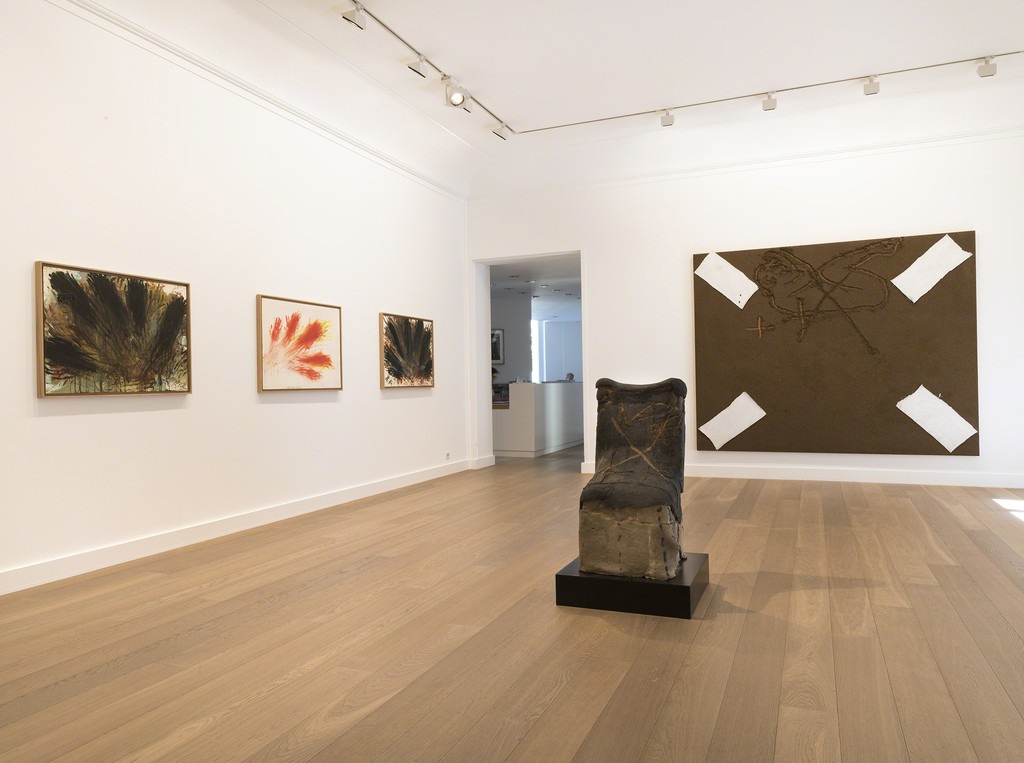 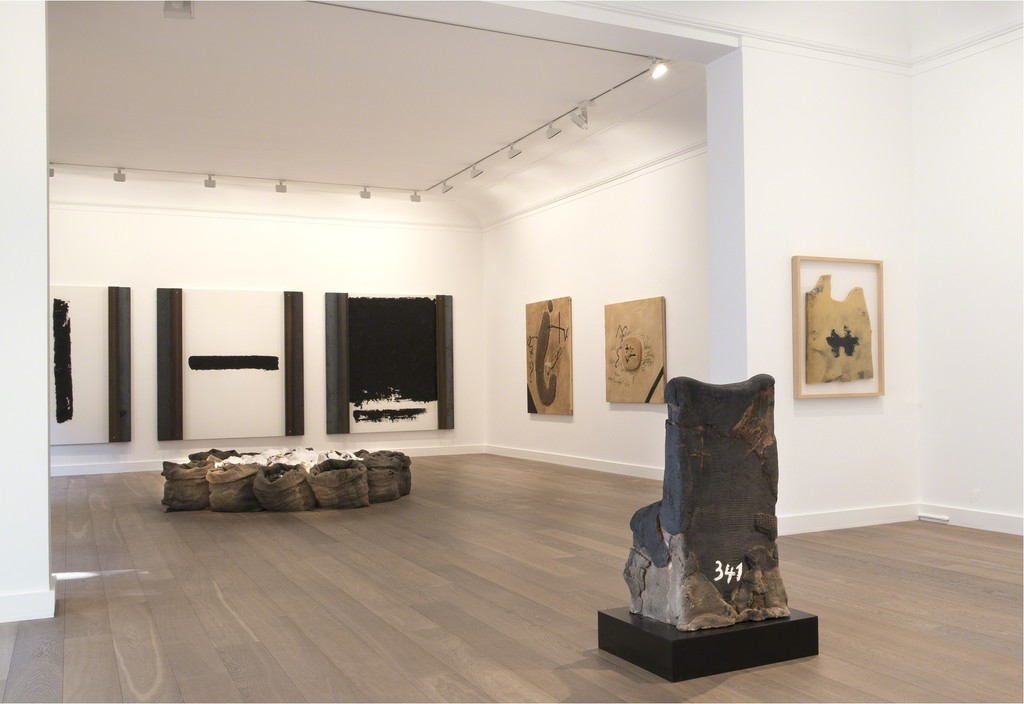 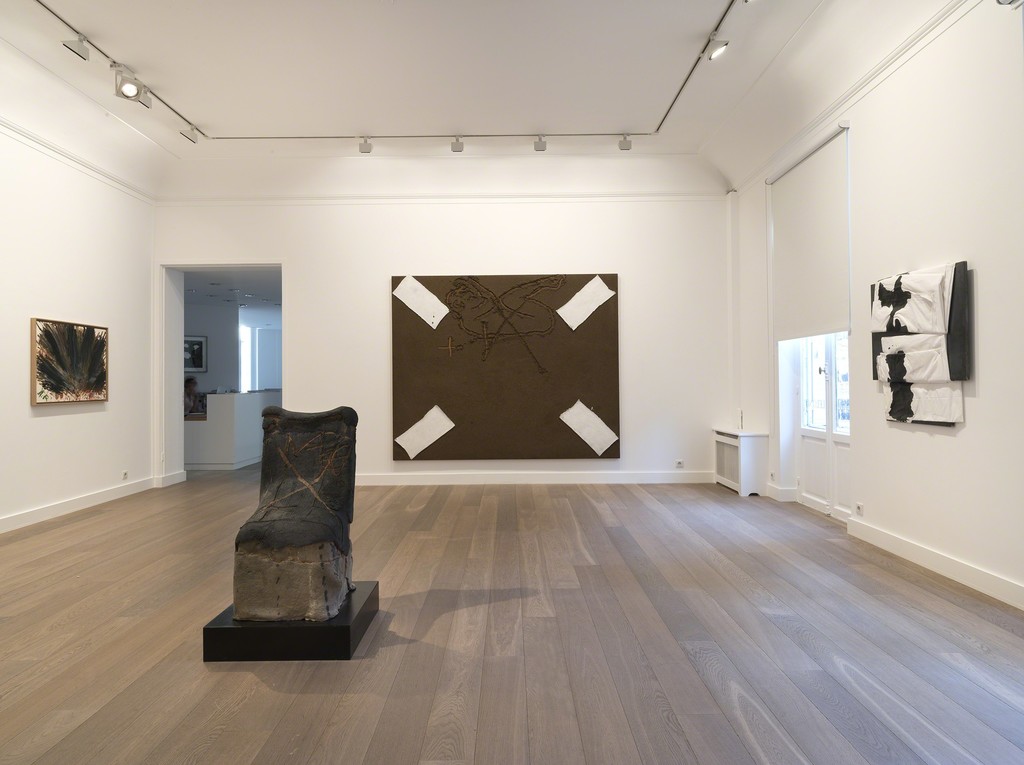 For this new Trio, Galerie Lelong brings together the works of three artists who placed the rawness of the material and the energy of the gesture at the heart of their production. Born in the interwar period, Tàpies (1923-2012), Rainer (1929) and Kounellis (1936) were part of that new generation who experienced the dramas of the 20th Century at a very young age but then also the boom period of scientific and technical discoveries as well as intellectual, artistic and material emancipation. They were the pioneers, in Barcelona, Vienna and Rome, of an art that moved beyond its traditional framework and freed itself from the idea of “schools”; they created an original artistic language that questioned the sacred character of art through a series of profane codes. Tàpies with his exploration of material and the inclusion in his works of signs and objects from daily life. Kounellis by his use of raw materials, and his pared-down and dramatic scenography. Rainer by his obsessional “overpaintings” and his ferocious self-portraits.
Over the years, they have been exhibited in the world’s greatest museums and have earned an international reputation. The “Parla, Parla” exhibition of Tàpies’ work in the Abattoirs de Toulouse has just closed, and was the continuation of two other major exhibitions, one in Venice at Palazzo Fortuny in 2013 during the Biennale and the other at the Perez Art Museum in Miami in 2015. Since 2009, Rainer’s works have been regularly exhibited in dialogue with other artists at Baden in Austria in a museum dedicated to him. Last year, the Albertina in Vienna presented an important retrospective and in France, Maison Victor Hugo dedicated an exhibition to him in 2012. Kounellis was at the centre of the Italian pavilion at the Venice Biennale 2015, and this spring, his work was the focus of two major exhibitions at the Monnaie de Paris and the Museo Espacio in Mexico.