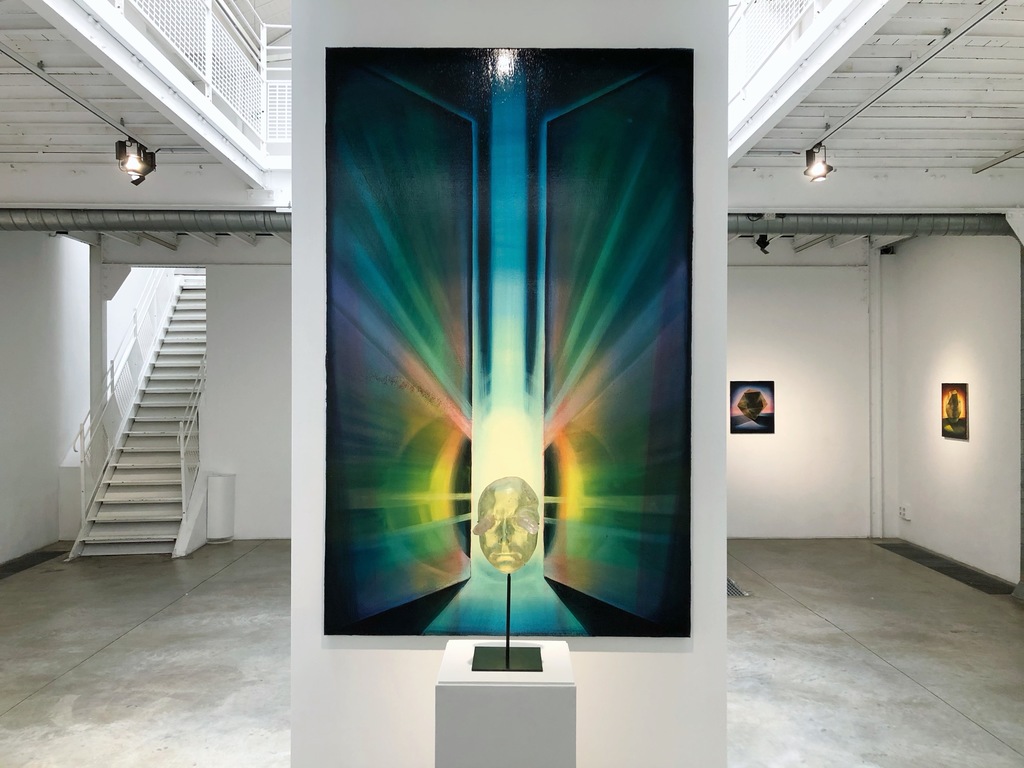 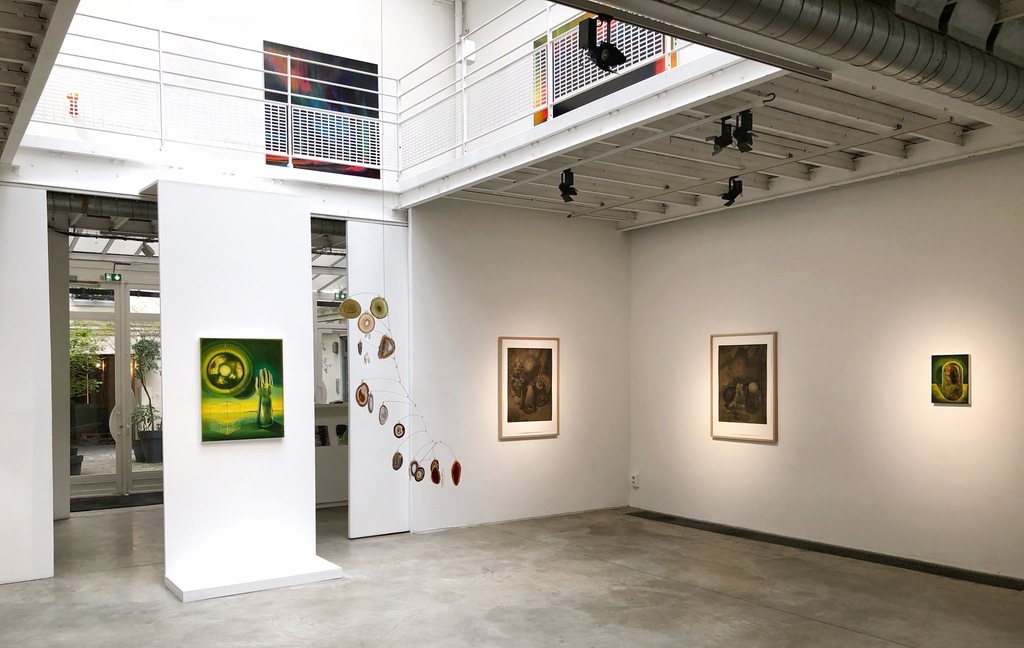 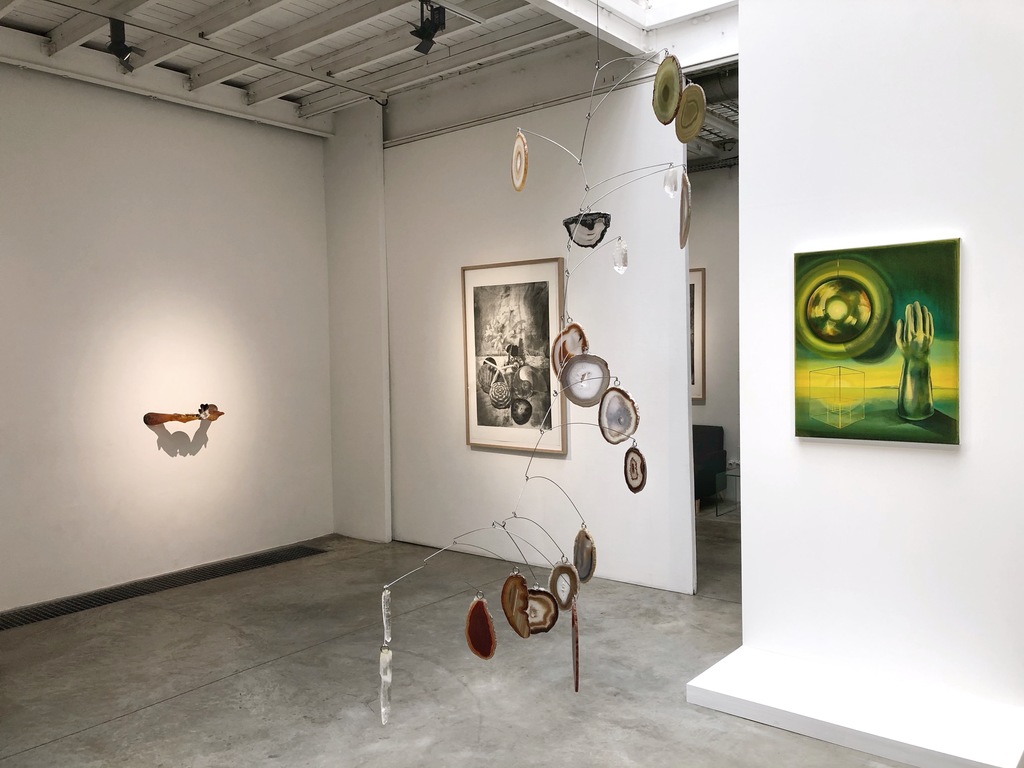 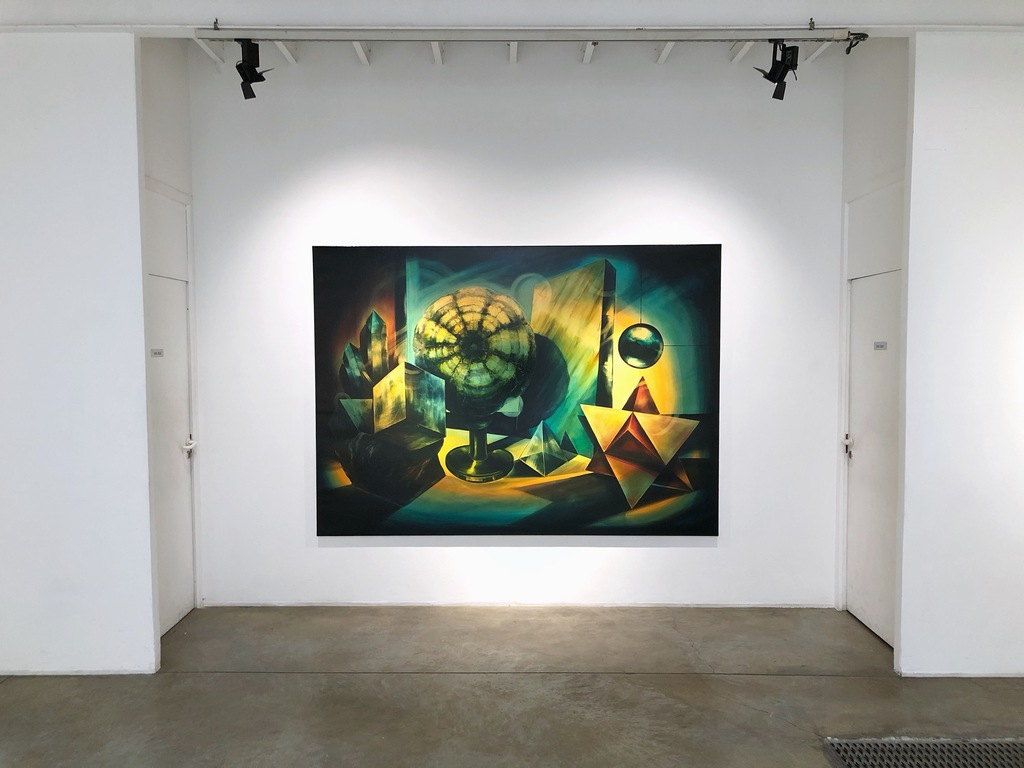 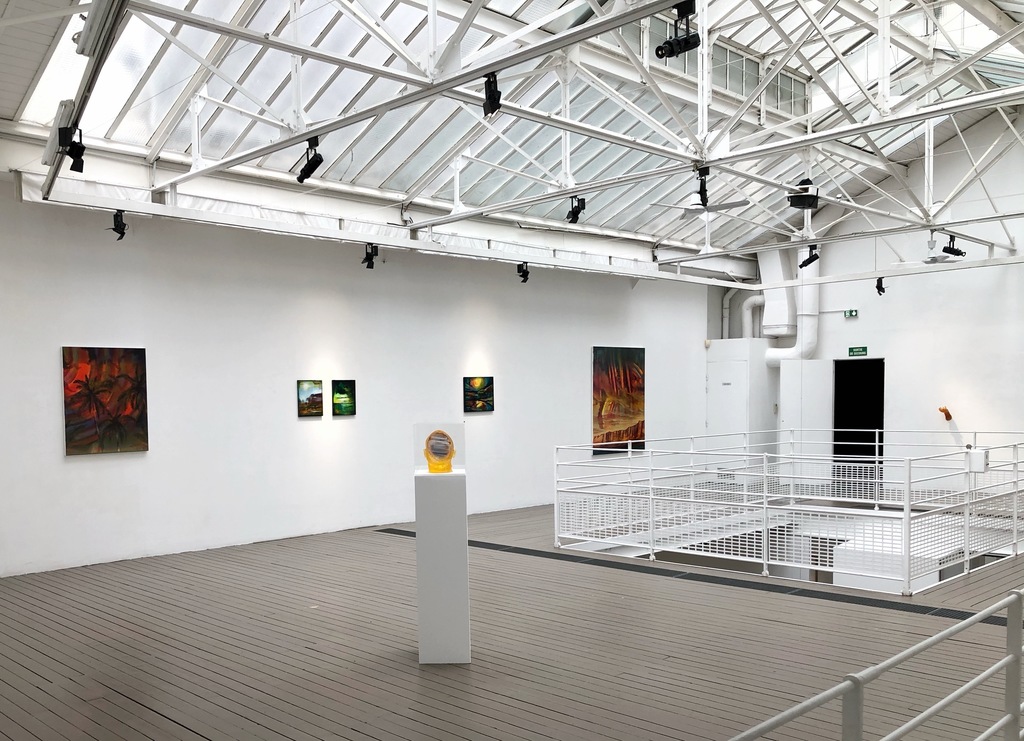 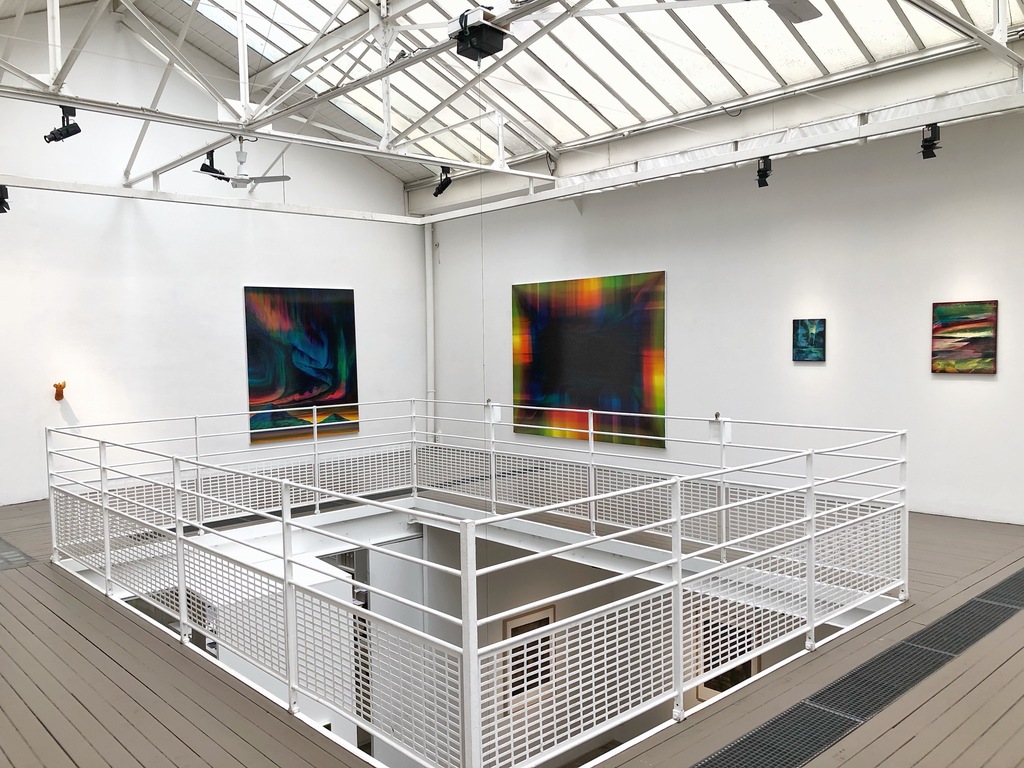 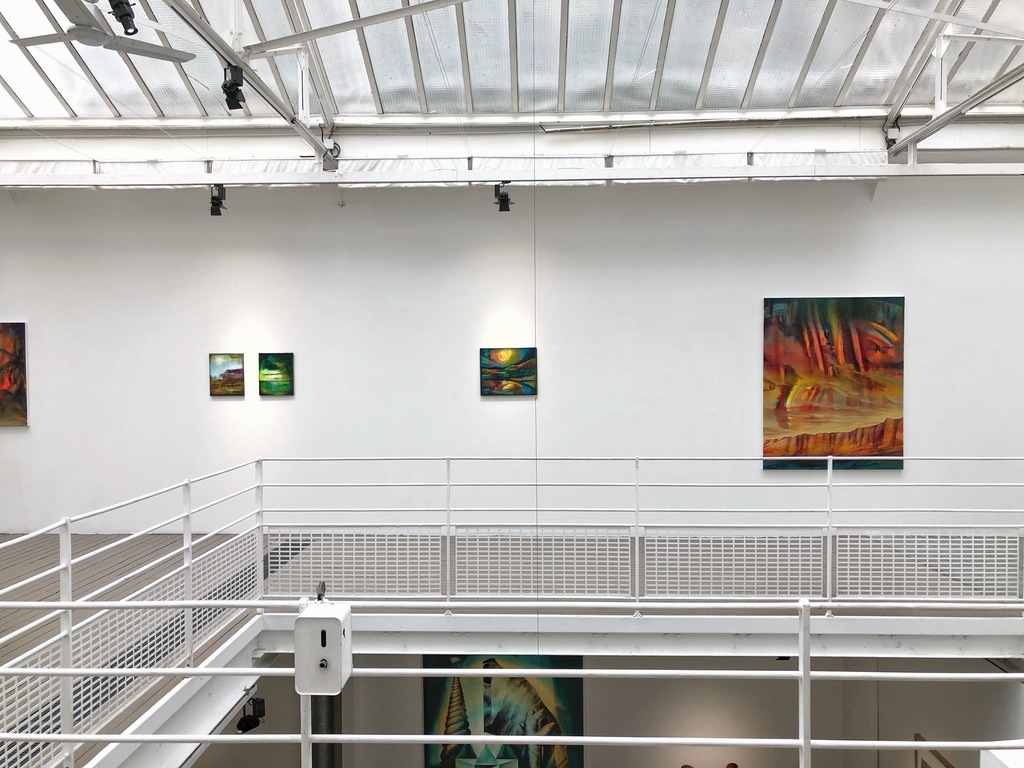 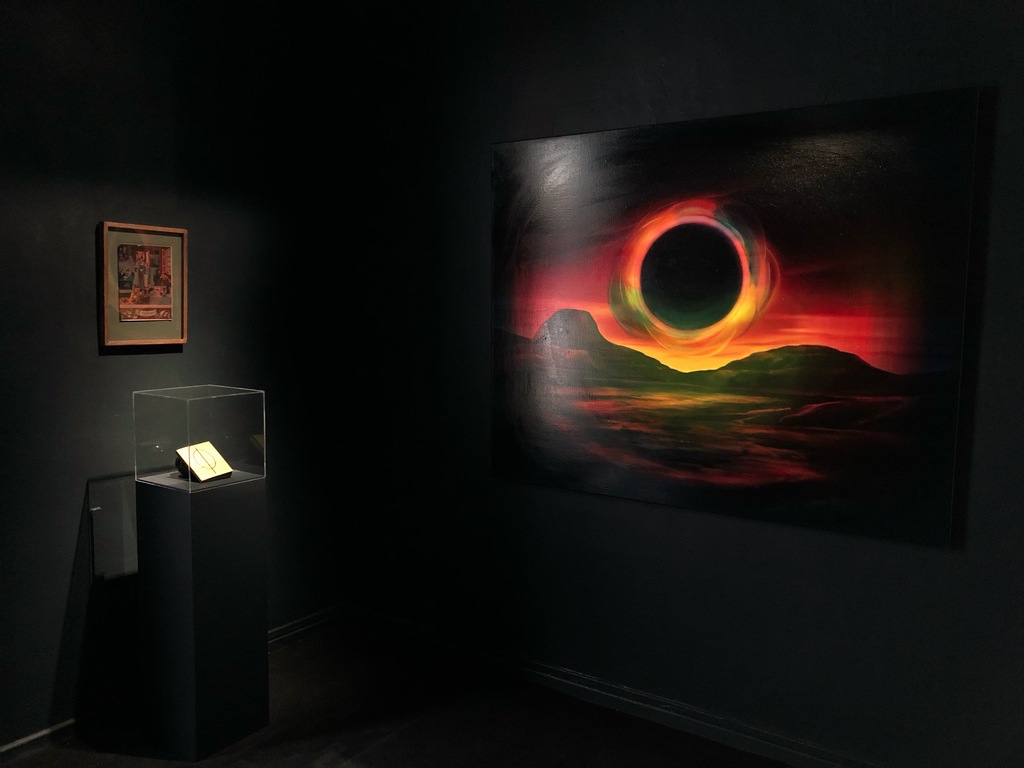 Thought as a total space, Ultima Thule can be seen as a mental journey into the limits of perception and the rational world. The title refers to a mythological island described by the explorer Pythéas in the 4th century BC and presented as the last of the British archipelago, the most northerly point. Source of fantasies, Thule appears as an invitation to travel which, by its extreme mythical position, symbolizes an unsurpassable absolute, close to the idea of the end of the Earth. These metaphorical limits impose themselves on Wolton’s work as many possible orientations. He sets up his own algorithm of shapes, materials, colors, and proportions – and by extension ensures his artistic freedom.
From studies on mathematical forms inspired by the golden ratio (divine proportion), through alchemy or science fiction, Edouard Wolton gives us hallucinated visions of allegorical landscapes. It offers a crossing of iconographic universes with multiple sources, where rationalist and naturalist traditions coexist. Like an odyssey of look and thought, the spectator is invited to project himself into a space where the sciences fade away in favor of the imagination and poetry. Reality then slowly seems to slide towards the dream, like the possibility of crossing Alice’s mirror.
During the opening of Ultima Thule, « Φ », an artist’s book produced in collaboration with Léa Bismuth, will be presented. Published in serigraphy by the artist, this book conceived as a 4 hands work, offers a dialogue between Bismuth and Wolton around source images and unpublished texts which accompany the reader on a new initiatory journey.