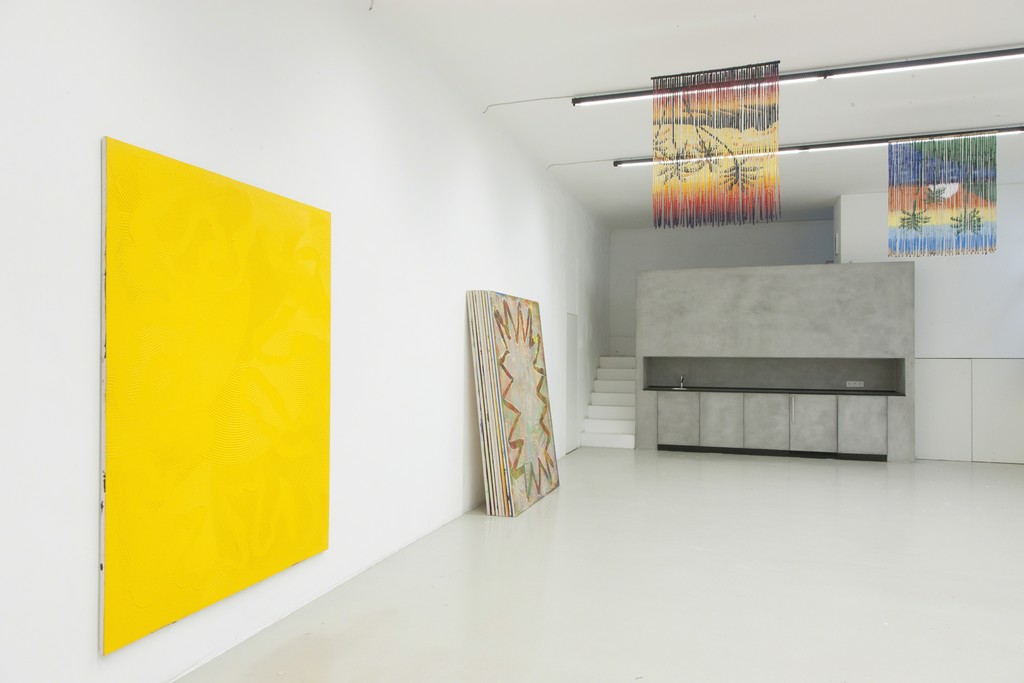 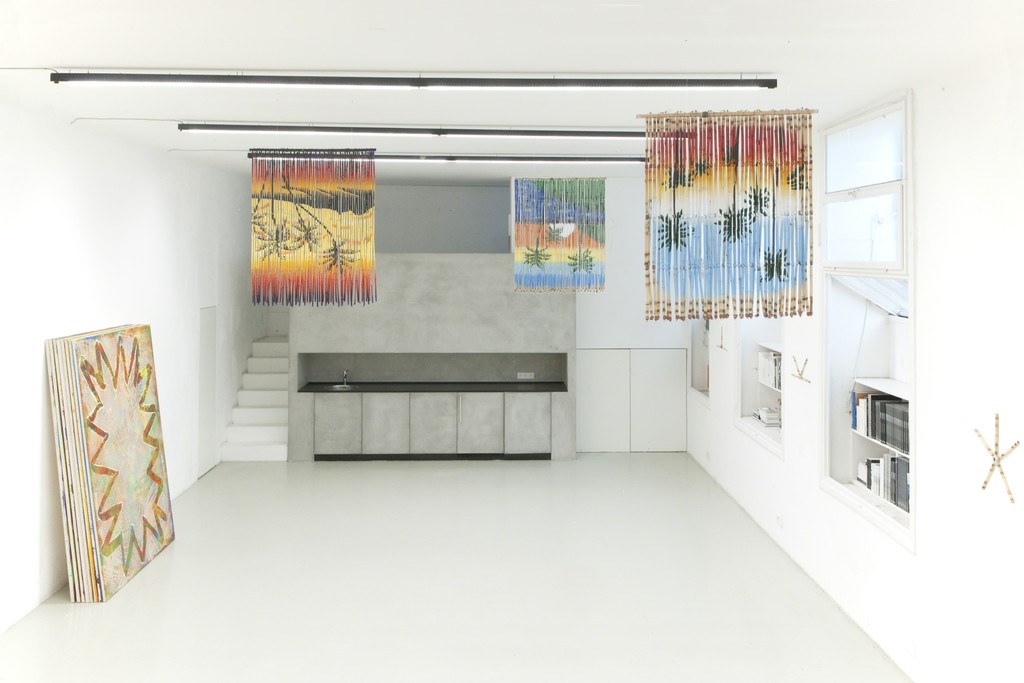 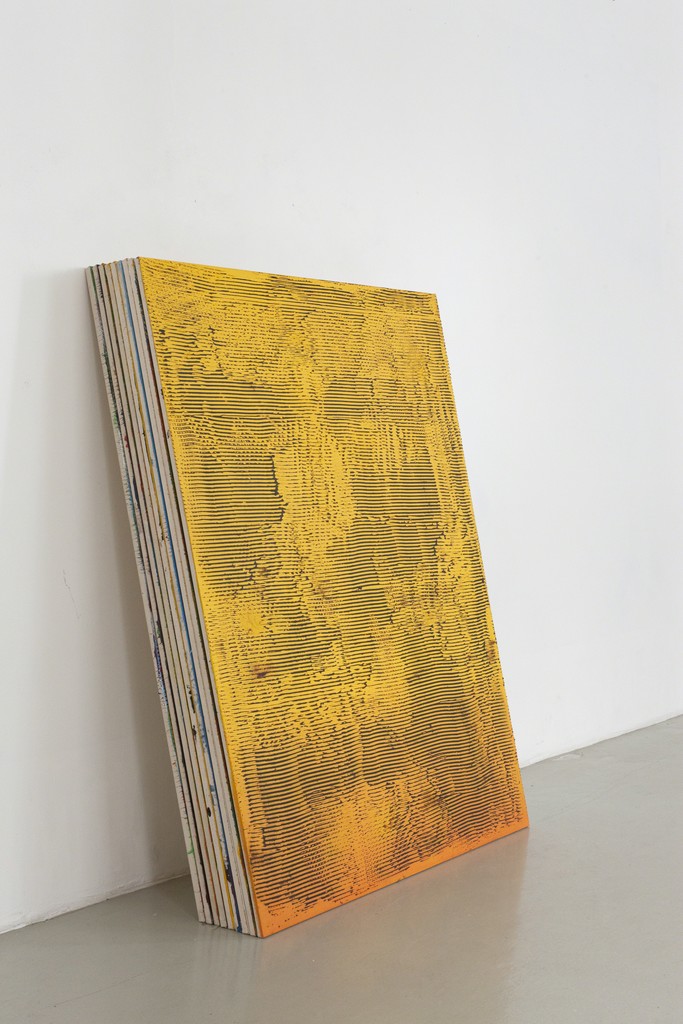 Tiago Tebet´s (b.1986 São Paulo) show is the outcome of the artist´s summer residency at Galerie Lisa Kandlhofer.

Through the two bodies of work in Tebet’s solo show, we are faced, if not confronted by a frustration. The textural paints are composed of strong gestures and go through an aggressive process of scratching away the paint. Through the energy of sanding layers of paint and decisions, we are left a very graceful image. The second, the bamboo curtains - which are a regular architectural object in Brazil - have been turned upside down, a silent but clear message.

Brazil is in a state of turmoil. Whilst currently experiencing the height of a socio-economic crisis they have also lost their largest historical collection. Tiago Tebet living amongst 20 million others in Sao Paulo is one of many artists that are frustrated by this situation.

The decision to only show one painting at a time is to evoke a grave atmosphere. This is not a celebration, this is a sombre statement that regardless of the situation, Brazilian artists will continue to have accomplishments. That even during frustrating times, artists will always show impressive imagery.

Tebet received his Bachelor of Visual Arts from the Fundação Armando Álvares Penteado.
He co-participated at the Biennial of Art of São Paulo, 2008 and at the Biennials of Rio de Janeiro and Mercosul in Porto Alegre, 2015.
Tebet has exhibited his works in Casa Vazia, in São Paulo, 2008, the Museum of Art of Ribeirão Preto, MARP, 2011 and the Institute Tomie Ohtake, Sao Paulo, 2017.