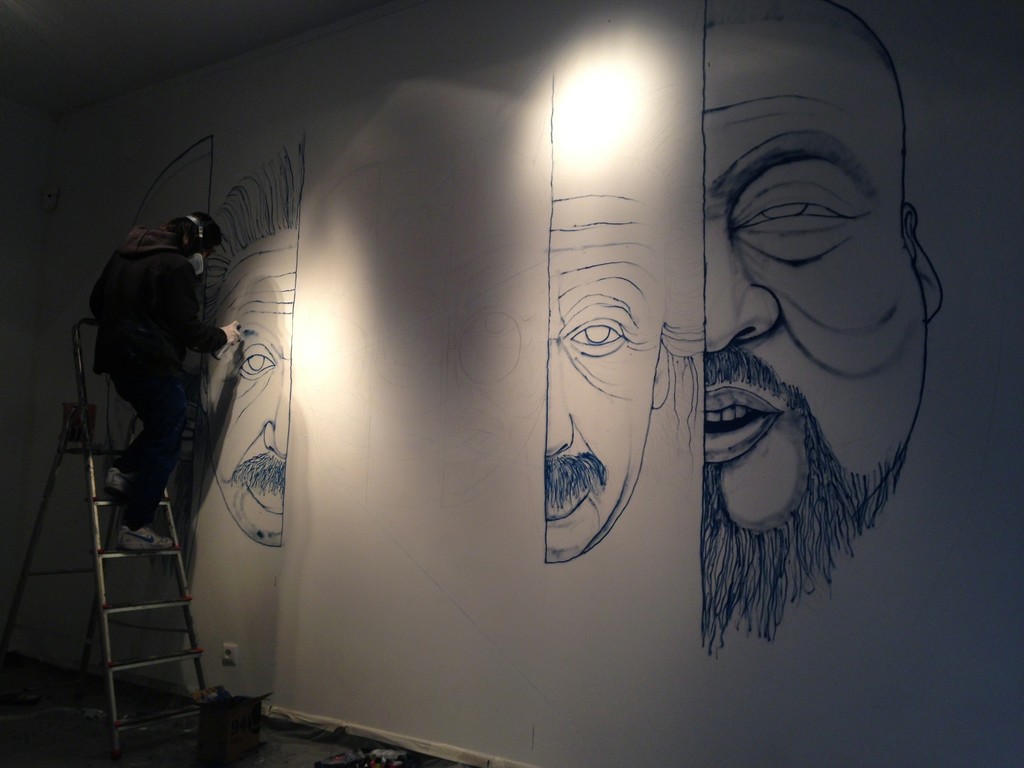 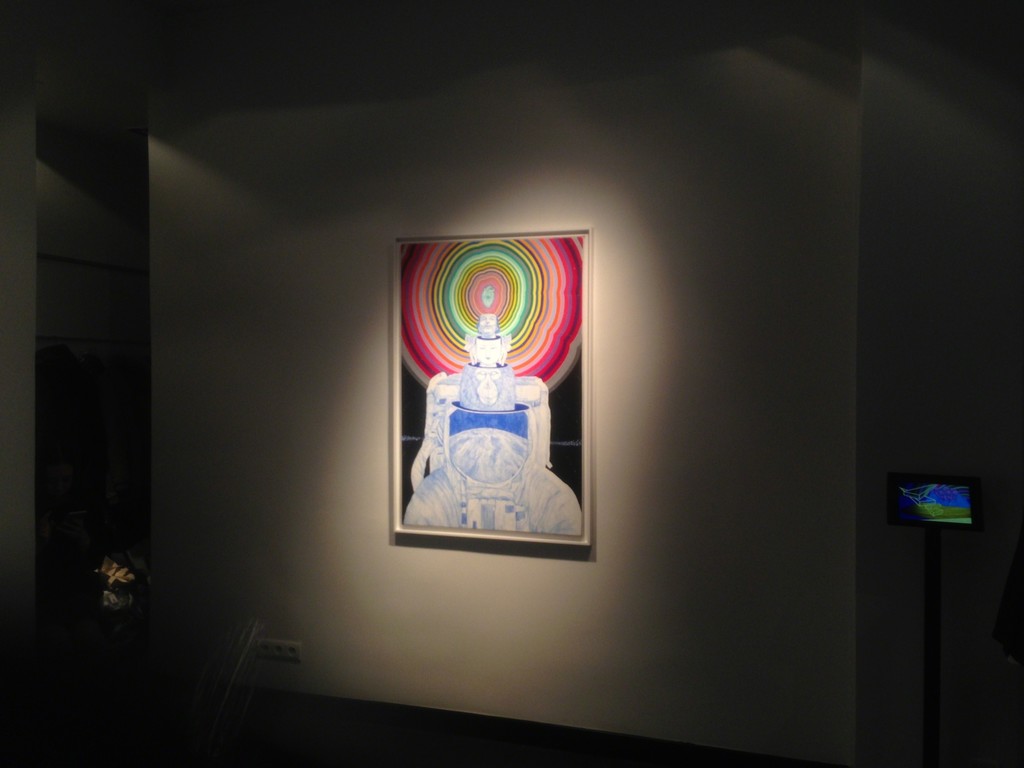 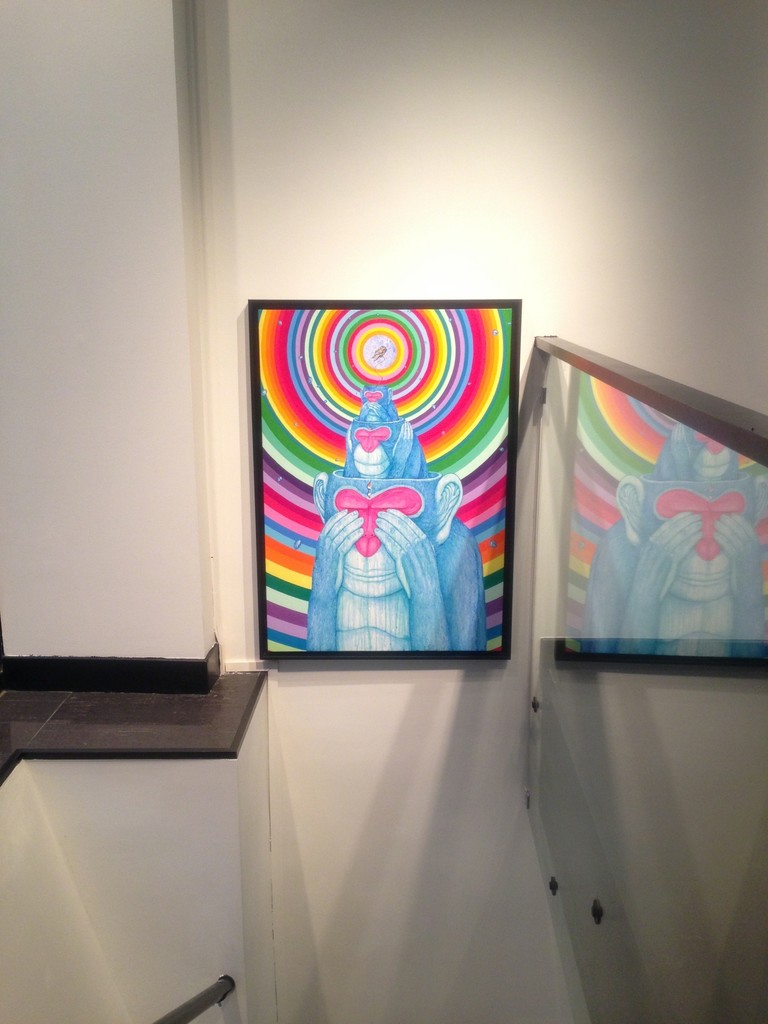 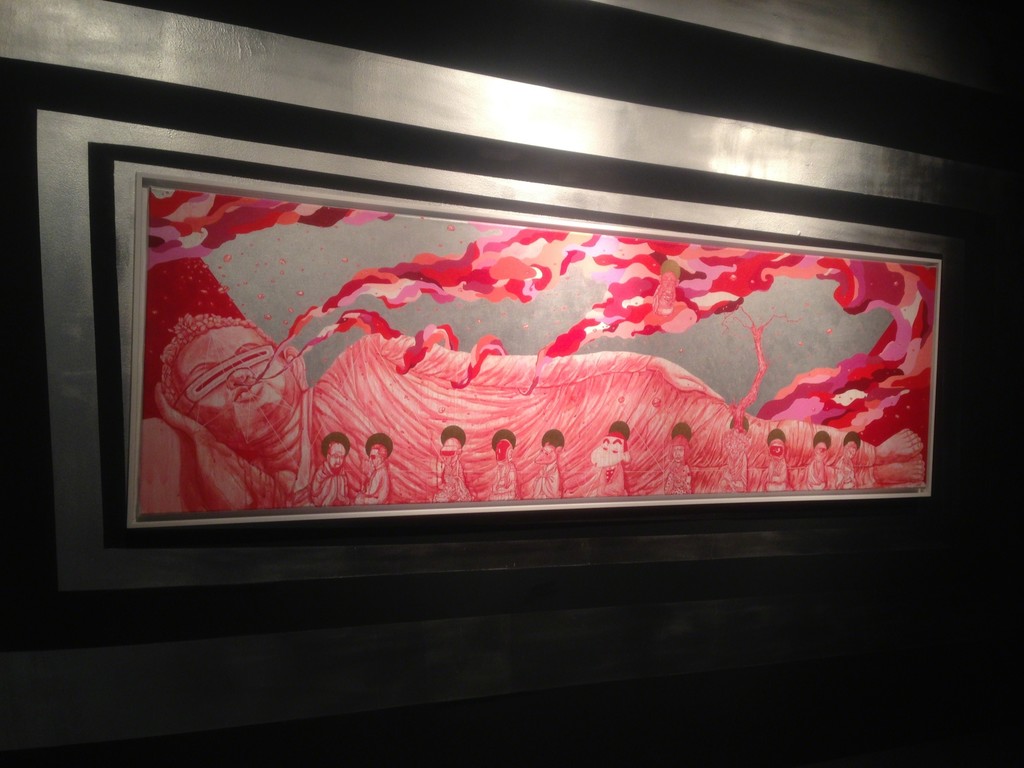 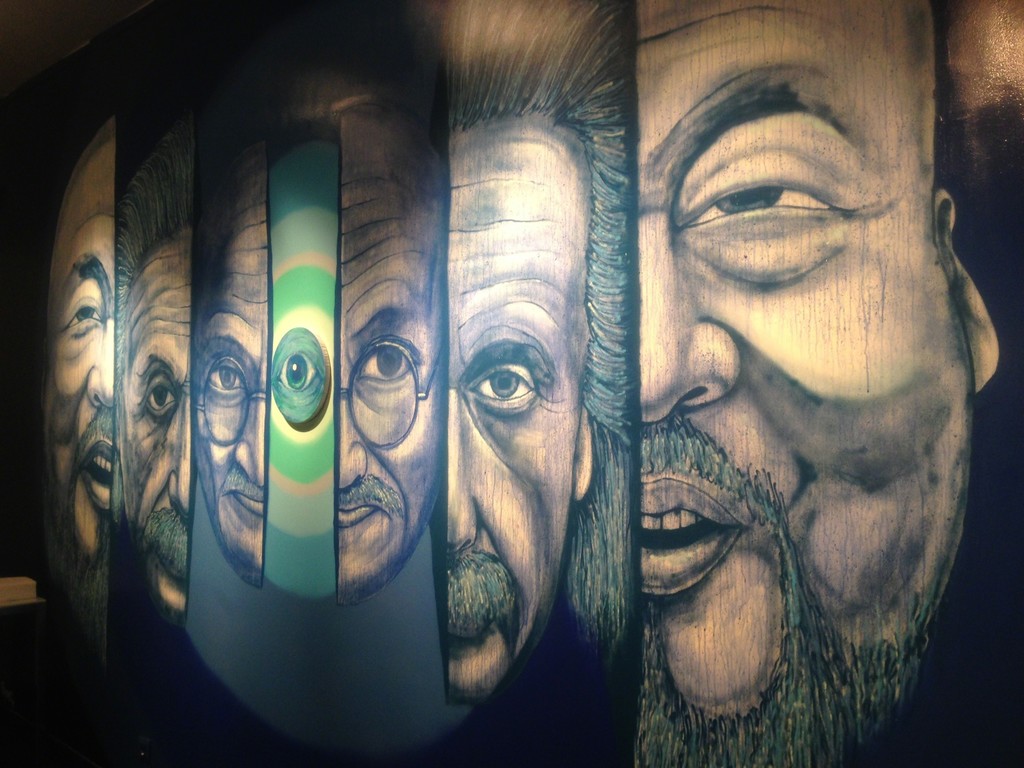 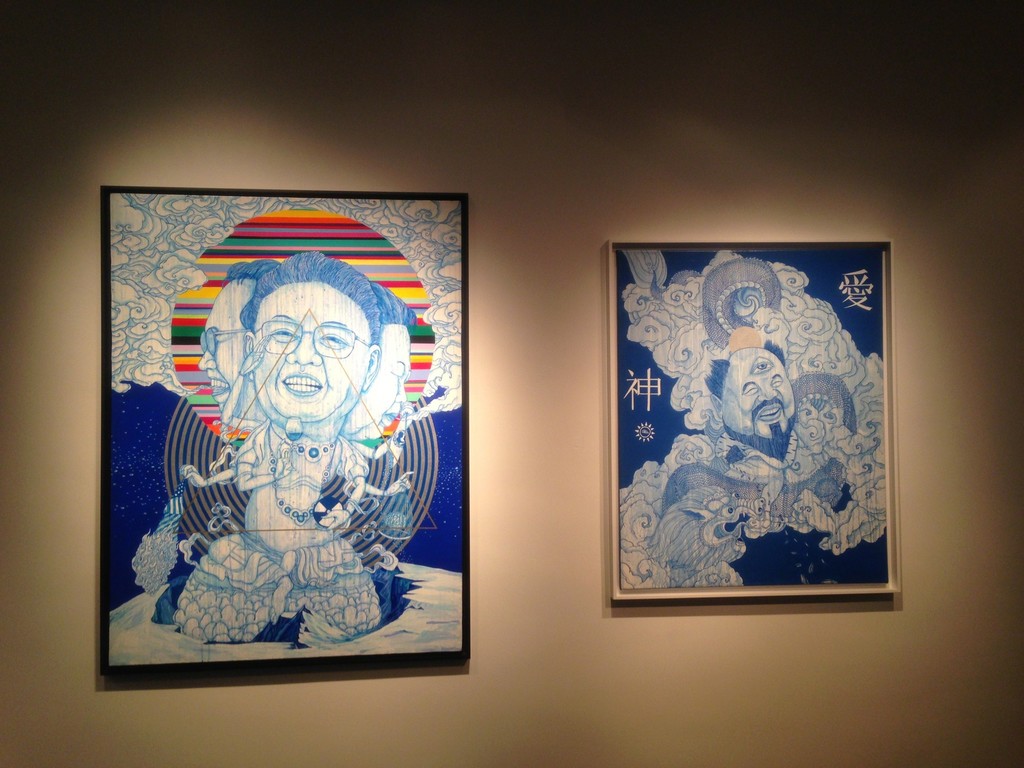 Fansack, famous young graffiti artist, was born in Chengdu in 1988. He began to paint on the street of numerous cities in China with other rare street artists from the year 2003. In 2008, Fansack arrived in France to continue his study of statuary art, and is now living and working in Paris.

In 1957, the most influential, prominent and controversial French artist – Yves Klein succeeded in experimenting a new substance, which according to him, is “blurring out the edge between the earth and the sky, eliminating horizon, as a pure meditating blue”, with the assistance of a chemical technician – Édouard Adam. He exhibited this substance in Milan, and received great responses, after that this color is named as International Klein Blue (IKB). The invention of IKB is a revolution of pigments. The bold, edgy spirit behind it is corresponding perfectly with extravagant graffiti art.

Fansack not only loves “blue”, but also is skillful to use “blue”. He paints the characters into blue in order to express a sense of calming and generosity, which became his unique art language. With years of experience painting on public walls, the artist has a stable ability to control the arrangement of colors and image orders on large-scale paintings, there are not many interior artists who can create paintings that have greater atmosphere than Fansacks’.

Same as other city artists, Fansack has a keen and intense painting perspective. He devotes himself to art expression, meanwhile inserts his views about sensitive topics such as politics, economy, philosophy, religion, and etc. within the process of blue evolution, Fansack wishes to discuss about the evolution of “worship” in human development.

In ancient world, most of the general public were struggling in poverty and despair, therefore, they attach their hope to the next cycle of life or Heaven, and thus believe in gods. After a period, religions were made use by rulers to strengthen their ruling power. Recent centuries, the personality cult appeared to be gradually common in the world. Just like worshiping people among them who preserved great “god – given” potential, it was spread by mass media; they idealize, heroize, or even deify rulers’ public images, for political purposes. For instance, Joseph Stalin from Soviet Union Raúl Castro from Cuba, the King’s Family in North Korea, etc.

Current times, the high level of technology gives human great sense of security, thus technology also became a sort of religion to be worshiped; meanwhile, with the development of globalization, the theory that “money is above all” took more and more people, they worship wealth to an extreme level. The “golden combination” of technology and wealth continually exist as an unbreakable group.

The artist drew from the most topical the Kings’ family to the shinny worship of wealth; from the silent Buddhism to the boundless universe. He intends to have conversation about the worship habit in ideology and the related God images. At the end of exhibition, audience will remind calm and satisfy in the artist hand-write Buddhism classic – The heart Sutra. Casting off the anxiety of lust and blind worship, going back to the true “me”, perhaps only in this way, can we earn the clear mind eventually.