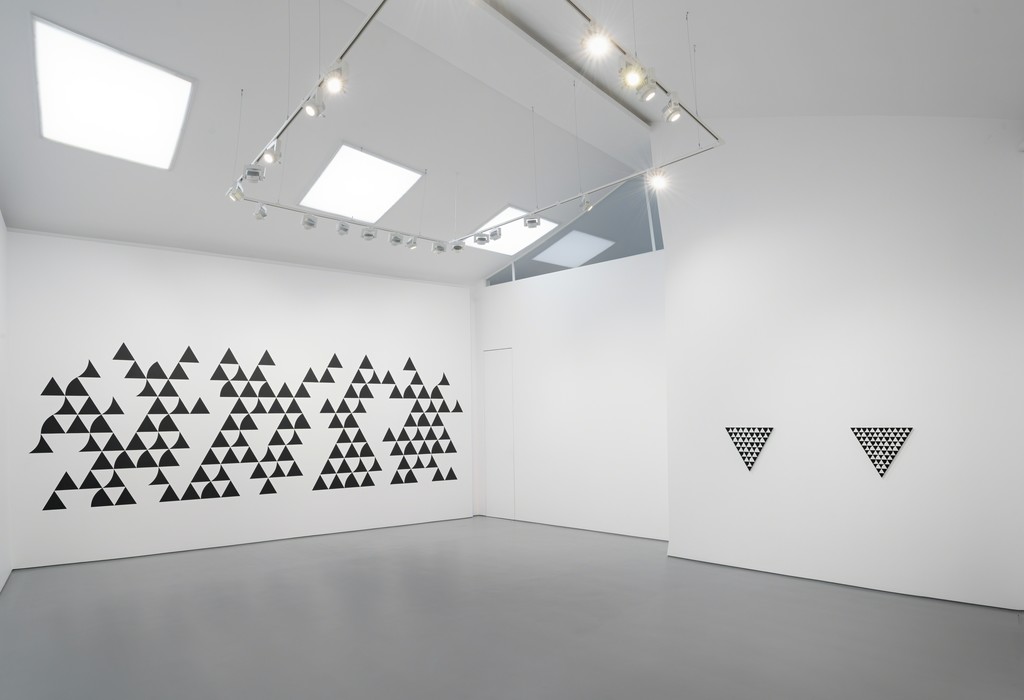 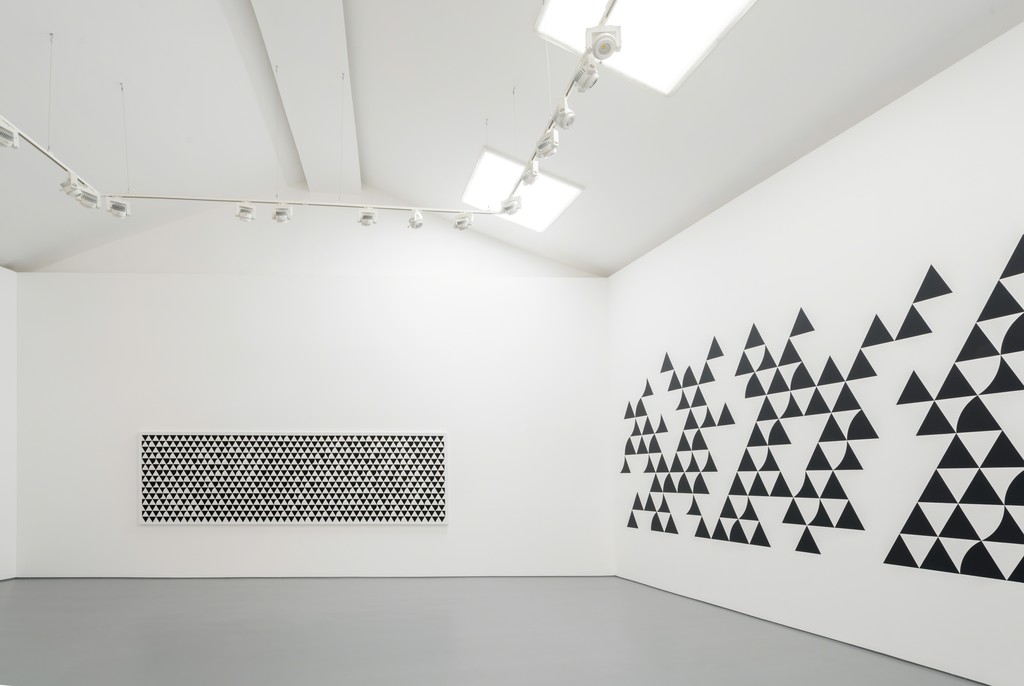 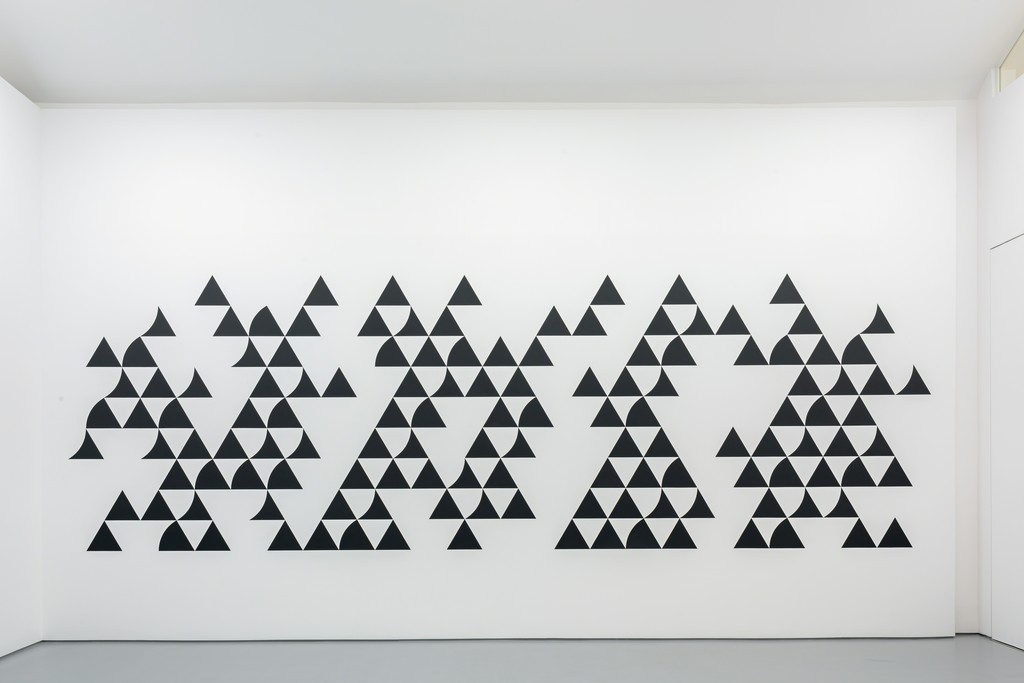 Bridget Riley's debut is marked by her famous optical black and white paintings, now synonymous with the 1960s. However, she later focused more specifically on the effects produced by the juxtaposition of colour, believing that “the challenge of colour had to be met on its own terms.”

The exhibition The Responsive Eye in 1965 at the Museum of Modern Art, New York underscored Bridget Riley’s optical calculation. Investigating sight, she developed illusions through optical calculation and with regularities of lines, surfaces, and colour combinations. As in Cézanne’s and Seurat’s paintings, the pictorial space serves for natural scientific studies. Riley examines the perception of nature by means of colour and forms.

The recent black and white works, which will be featured for the first time, include a wall painting, a very large canvas, two triangular paintings and a square one. The paintings somehow echo her very early work. They are incisive examples of Riley’s reorientation in terms of structure and colour since the rigorous black and white paintings of the 60s.

Throughout her writings, Riley emphasises the importance of 'looking' when in front of paintings or in nature. Yet, as Adrian Searle points out: “You don’t so much look at her paintings as watch them […] The colours, the shapes, the negative spaces constantly shift before your eyes” Another way to describe her work would be to state that everything is in motion, the «powers of nature» literally vibrating. Independent units of forms and colour break the borders and dissolve.

Three years ago, Bridget Riley was invited by the Museum für Gegenwartskunst in Siegen (Germany) to install a permanent wall painting in their lobby. Riley used her painting Tremor, 1962, as a starting point for a new work, the outcome being Quiver 1, 2013. Ever since Riley has been working on further black and white works, including another wall painting and a series of canvases made of new shapes. Whilst these works definitely hawk back to her work from the early 1960s, they are very much informed by her subsequent paintings. The scale has been transformed, as these are very large works. Furthermore, if the early paintings were ‘fast’ images, the new work displays a different, more majestic pace. They show a painter at the top of her game.

Besides her artistic practice, her theoretical writings had a considerable influence on a younger generation of artists: "The surprise of the first encounter with one of her paintings is owing to an astonishment that an inanimate object has apparently come to life and – more than that – is in communion with the viewer. The viewer’s surprise is, we recognise, a self-created surprise. Perception is the medium just as much as the canvas and the paint – more so, in that a painting, the artist acknowledges, ‘only comes to life when looked at from a certain distance.’ In a way, it doesn’t exist factually at all; only in the viewer’s perception."

A catalogue featuring an essay by Eric de Chassey will accompany the exhibition.

Bridget Riley (1931) lives and works in London, Cornwall and Provence. In 2012, she was awarded the Rubens Prize of the City of Siegen and the Sikkens Prize of the Sikkens Foundation, Amsterdam, as well as the Goslar Award for Modern Art in 2009 and the Praemium Imperiale of the Japan Art Association in 2003. Her works are represented in the collections of major international museums including Museum of Modern Art (MoMA), New York; Metropolitan Museum, New York; Tate Gallery, London; Musée d’Art Moderne de la Ville de Paris; Centre Pompidou, Paris; Museum für Gegenwartskunst, Siegen and Staatsgalerie Stuttgart; National Museum of Modern Art, Tokyo.

The Courtauld Institute, London will present the exhibition Bridget Riley learns from Seurat in September 2015.