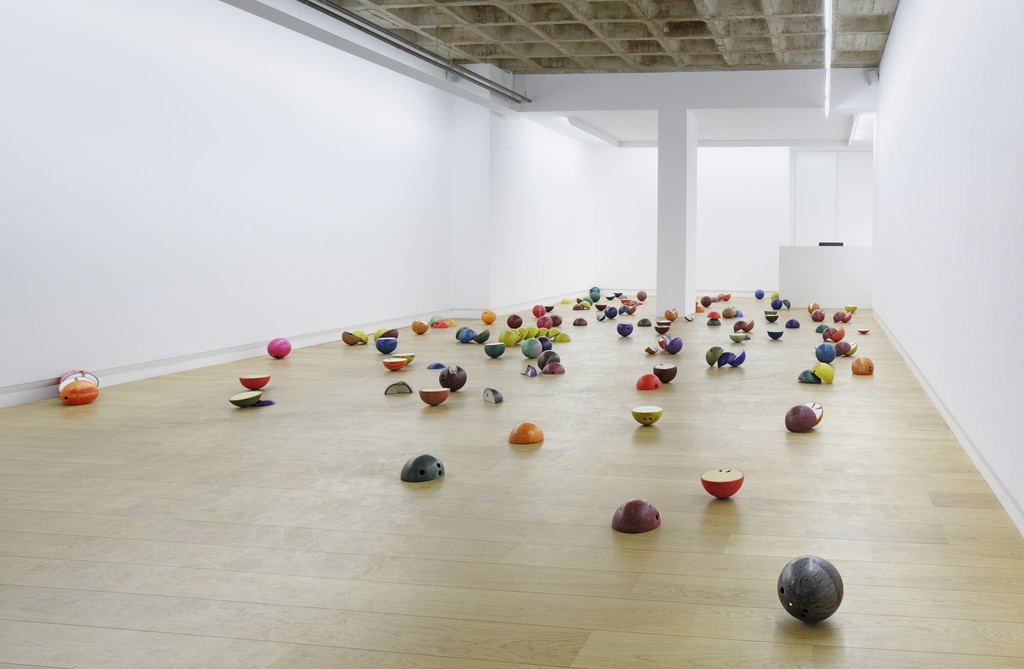 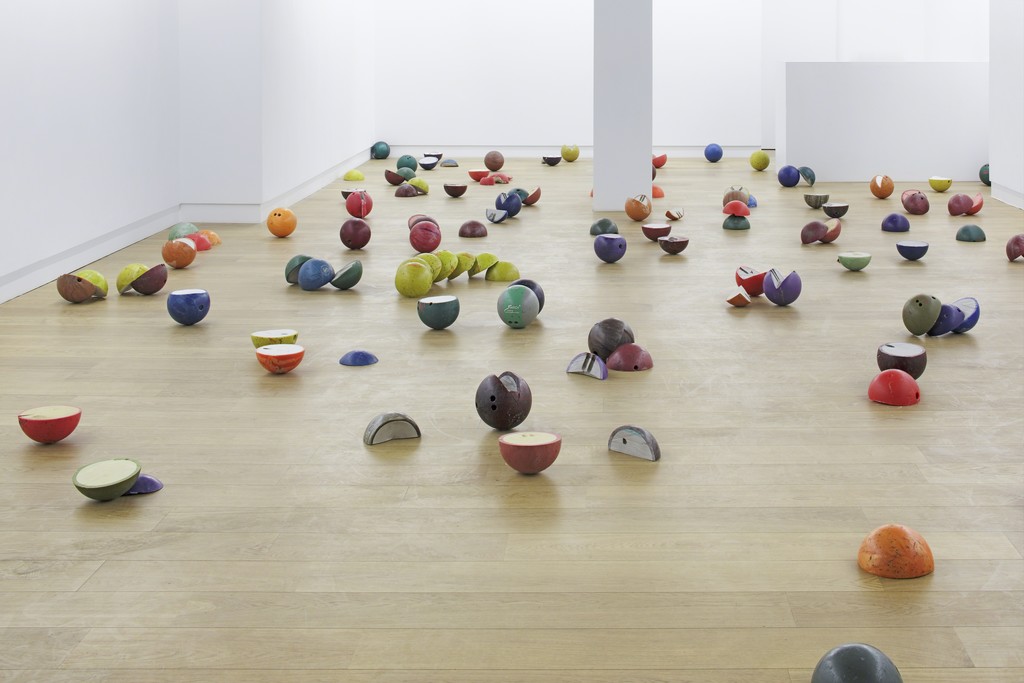 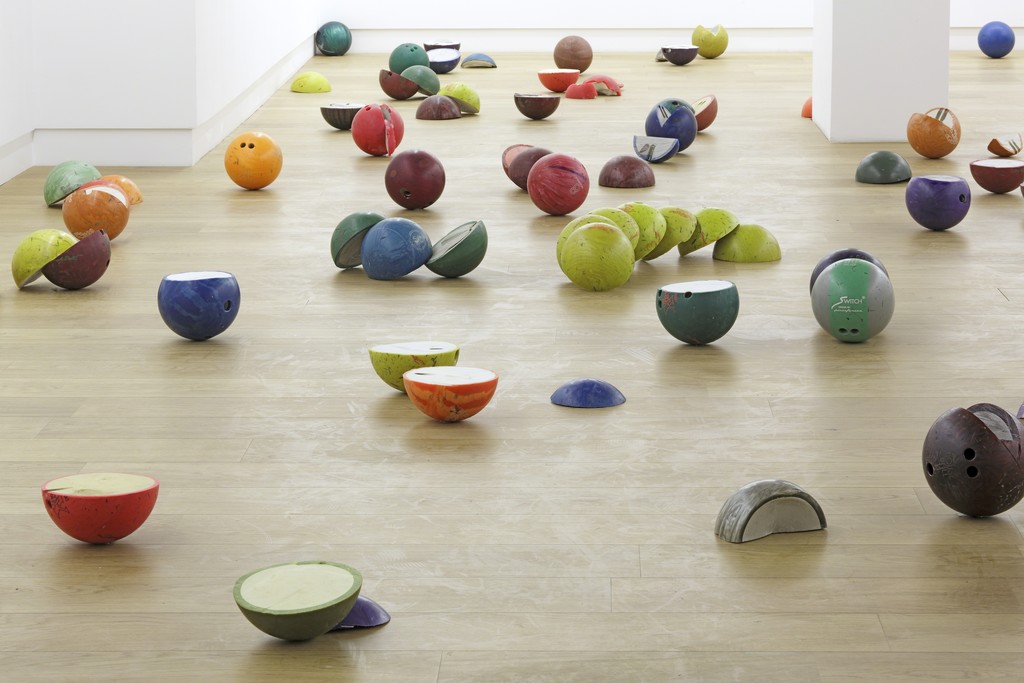 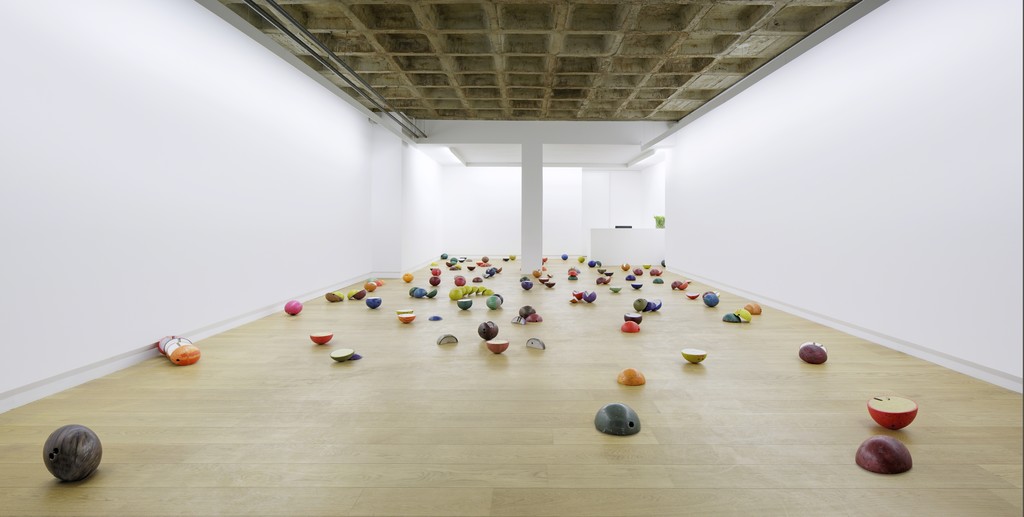 A golden-age American cultural trope synonymous with the leisure time of the blue-collar, the bowling ball features repeatedly in Gruber's work. Curious of their content Gruber sawed and dissected the bowling balls in a brutal act of serial sculptural intervention. From afar the result looks like split-open bubblegum and coloruful fruits; or broken eggshells after their chicks have already hatched. For the exhibition they have been scattered around the entire gallery space creating a maze. Complementing the installation the sound from Gruber's Study in Scultpure #14 (2006, 1:22 mins) from the film Superman 3 (1983, directed by Richard Lester) is heard in loop in English and German.

Exploring materiality through the tension between the mythic and the epic, the subjective and the universal, Assaf Gruber's spatial configurations deconstruct a diversity of formal vocabularies. Through his sculptures, installations and videos, he has developed an individual approach to aesthetics and production values of intercultural communication. His works are an analysis of the conflicts of modern civilization, an attempt to understand the sense of the absurd, which is located in the flesh and intensity of human activities.