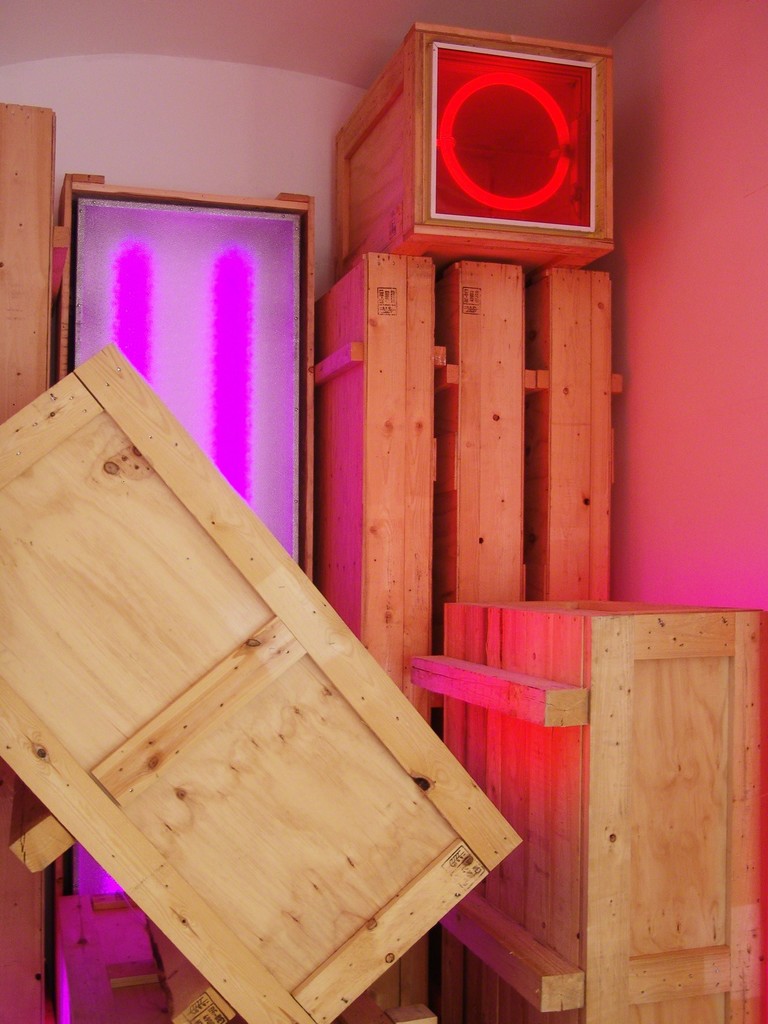 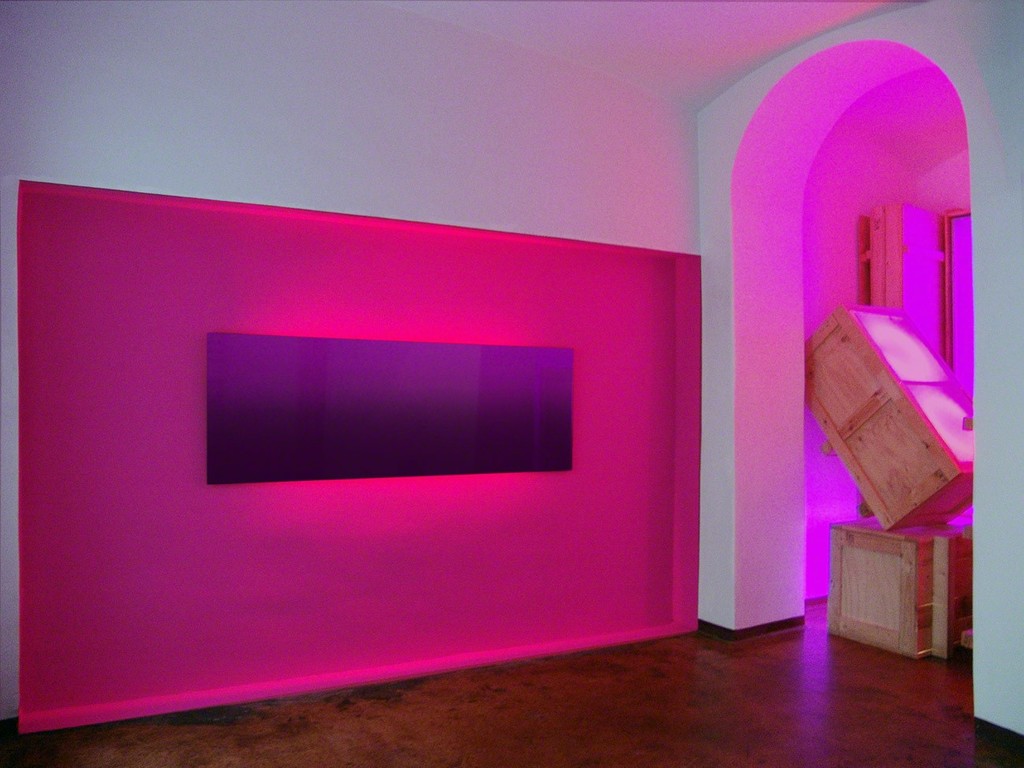 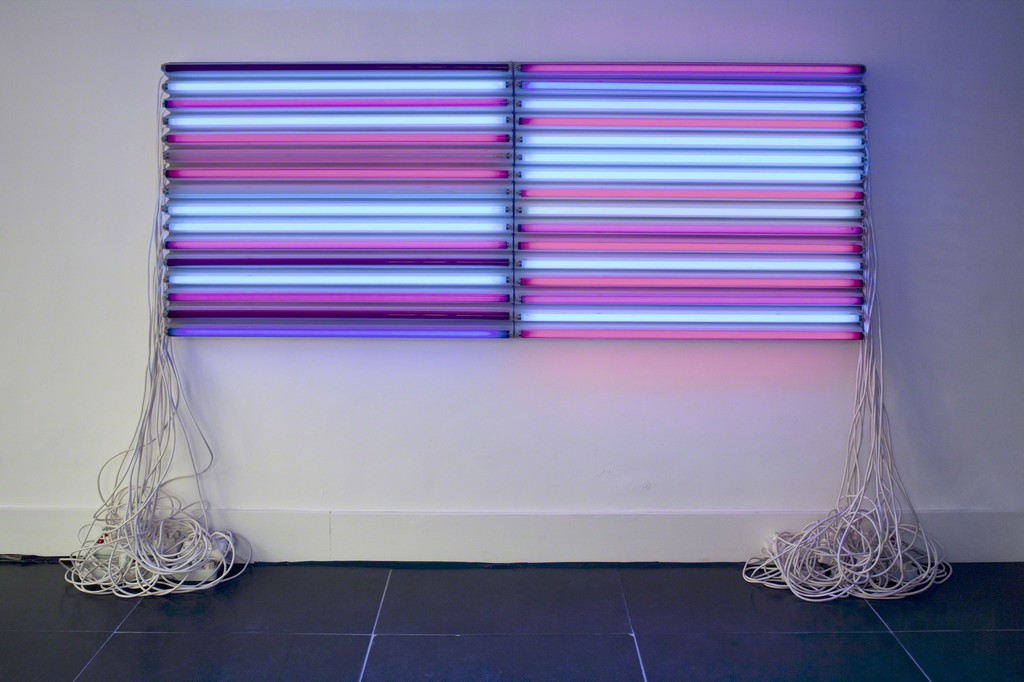 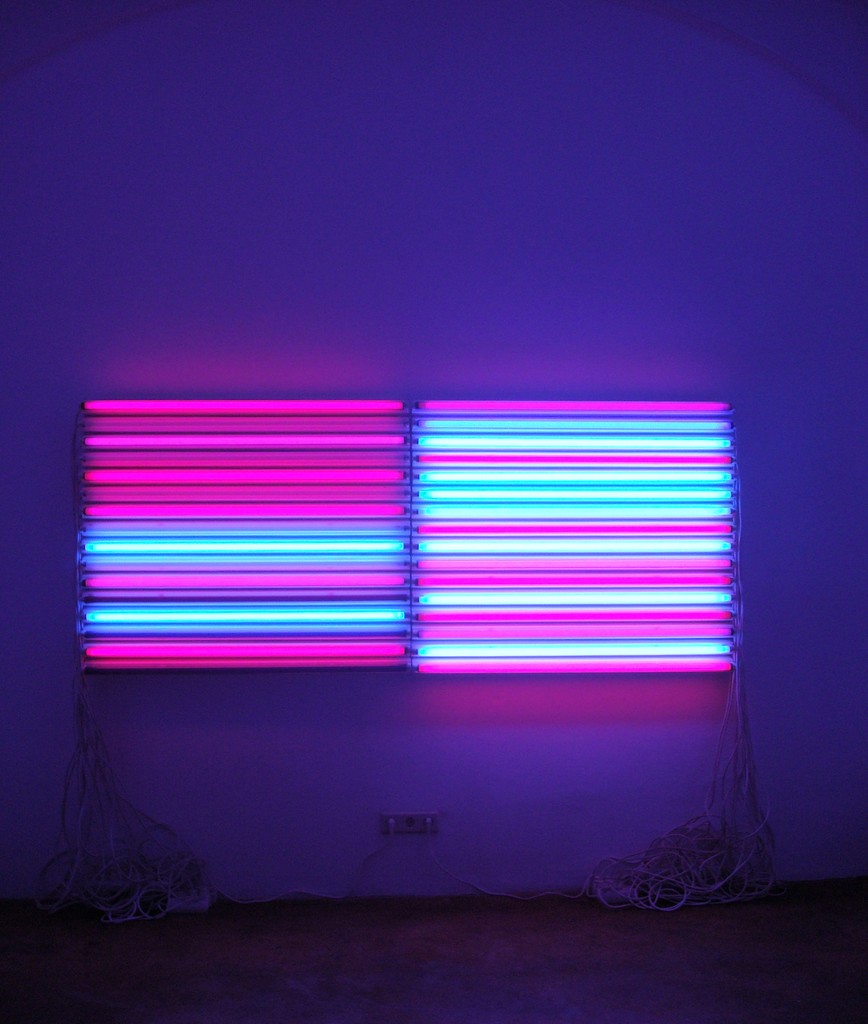 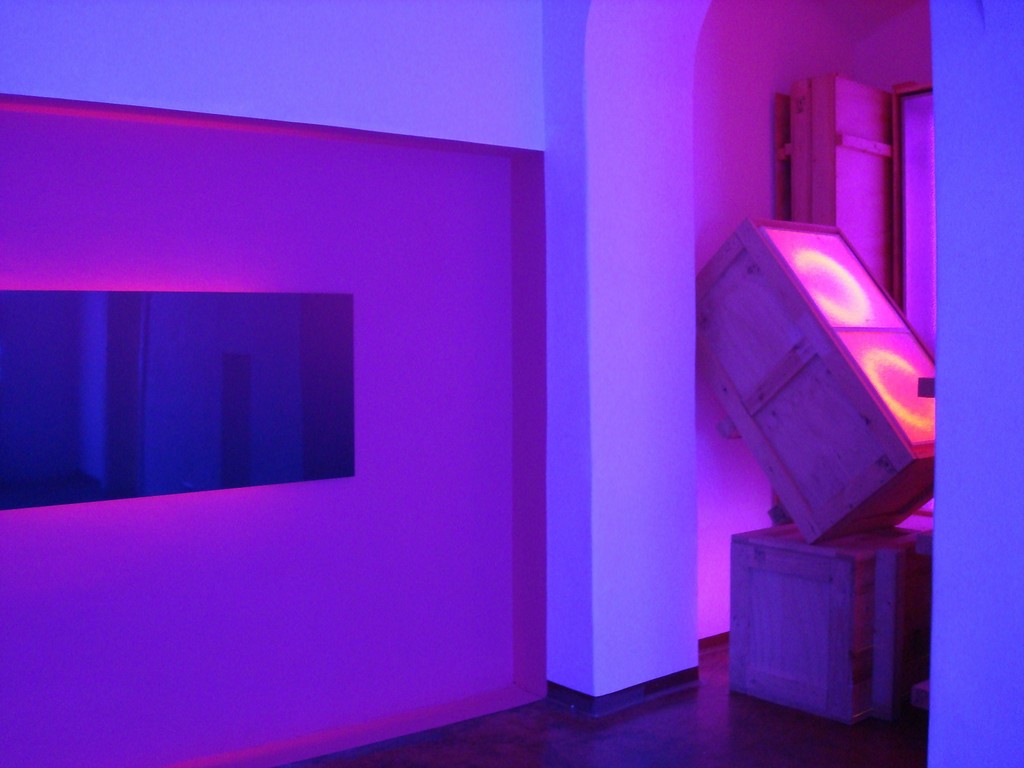 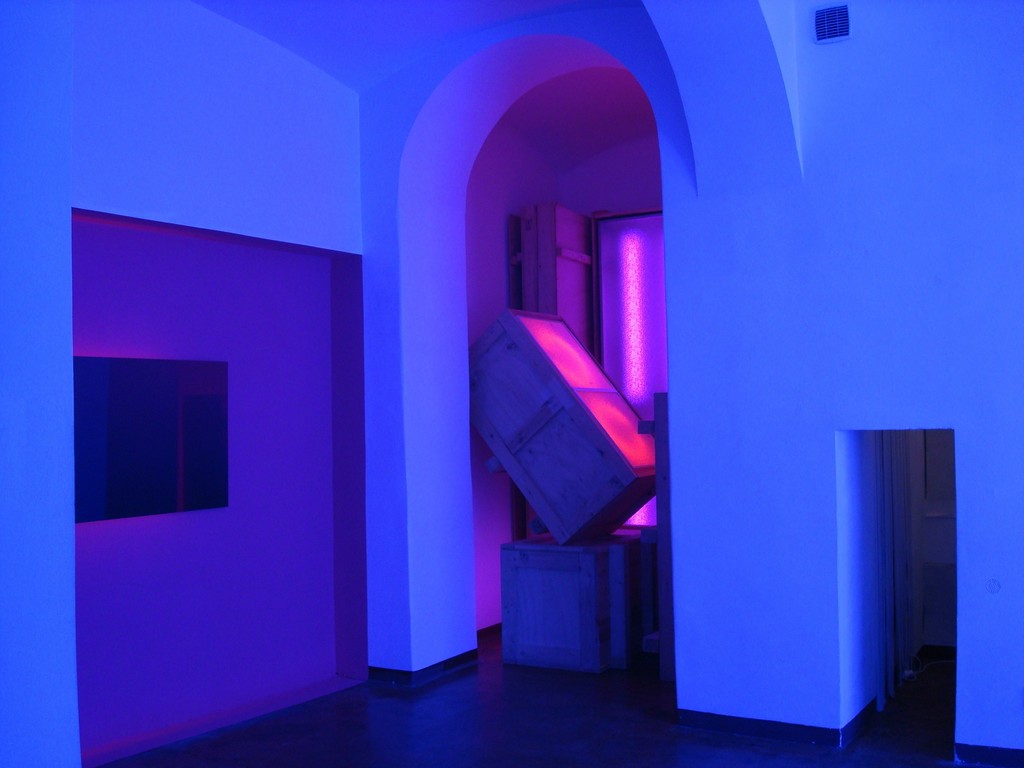 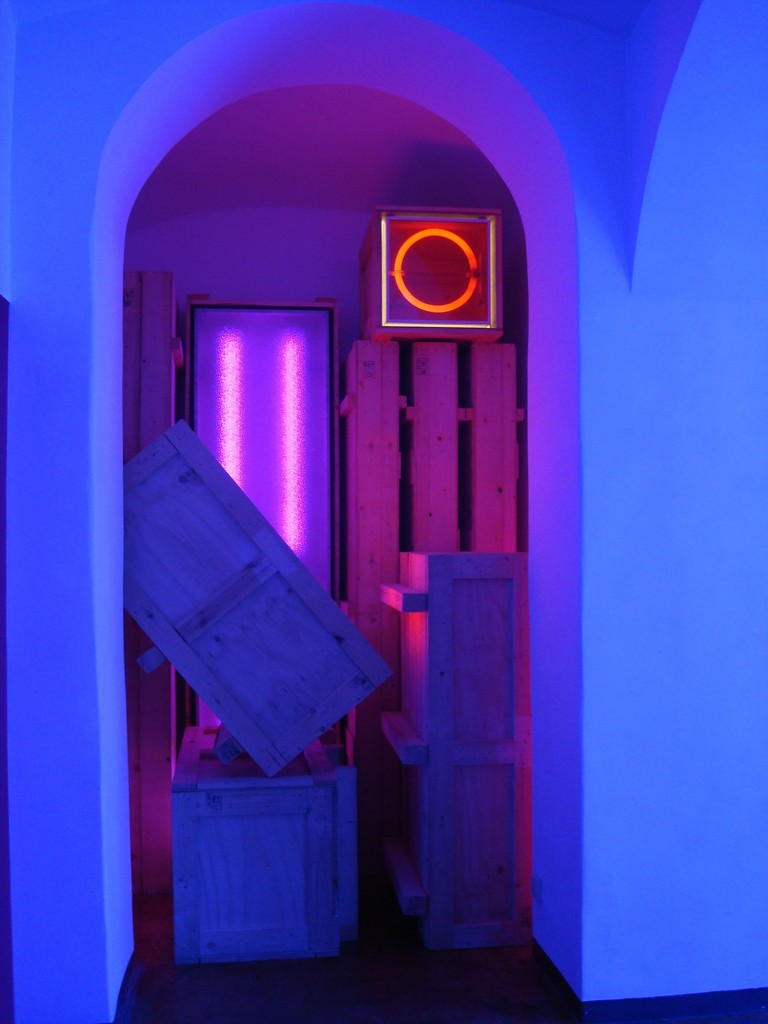 replaced
In the 19th century, chemist Michel Eugène Chevreul already studied the optical phenomenon of the contrast of complements . His findings had a significant influence on modern painting, and Bauhaus professor Johannes Itten later included this phenomenon in his “seven color contrasts” . In Hans Kotter’s light installation “replaced,” it plays a significant role as well. Galerie Michaela Stock, Vienna, and Patrick Heide Contemporary Art, London, are simultaneously showing a selection from this new group of works.
In „replaced,“ Hans Kotter essentially uses the colors white, purple, and blue. Among others, the contrast of complements phenomenon accounts for the fact that color perception varies against different backgrounds, even against a white background – especially in the case of unmixed colors. The installation consists of three well-orchestrated elements that enter into a dialog with each other: An object to which two rows of fluorescent tubes are mounted and which variously come on, controlled by a well-tuned computer system („replaced I“). Across from the fluorescent tubes hangs—or rather “floats”—a dark purple aluminum sheet in front of a pink colored niche (“replaced II”). Hidden behind it, there is another light source. These two objects are complemented by several wooden boxes with curved fluorescent tubes mounted to them, in part behind structured Plexiglas. One of them appears almost orange, others tend to look more pinkish—in fact, they are all of the exact same color. Against their respective background, however, their appearance seems to be ever changing—due to the contrast of complements („replaced III“).
The installation as a whole is permanently subject to change: Depending on which fluorescent tubes come on, the room continually iridesces between the poles of red and blue. This not only changes the color atmosphere in the room itself but also two further elements: The three parts of „replaced“ not only enter into communication with each other on a spatial level but also via colors and lighting situations; thus, they form a tightly connected triangle.
Noteworthy as well is the fact that the installation’s sculptural appearance is less clean, less sterile than is the case with other „light artists“ such as Olafur Eliasson or James Turrell. Kotter has used second-hand parts or ones he happened upon; accordingly, this work can also be understood as an allusion to the sculptural aspects of the art of light.
„Replaced“ puts our sense of color to the test; however, it certainly is much more than a mere illustration of color theories. This installation provides a demonstration of the relativity of our perception but it also puts us into various moods by means of different lighting situations. And that makes it fascinating.
(essay by: Nina Schedelmayer, 2009)