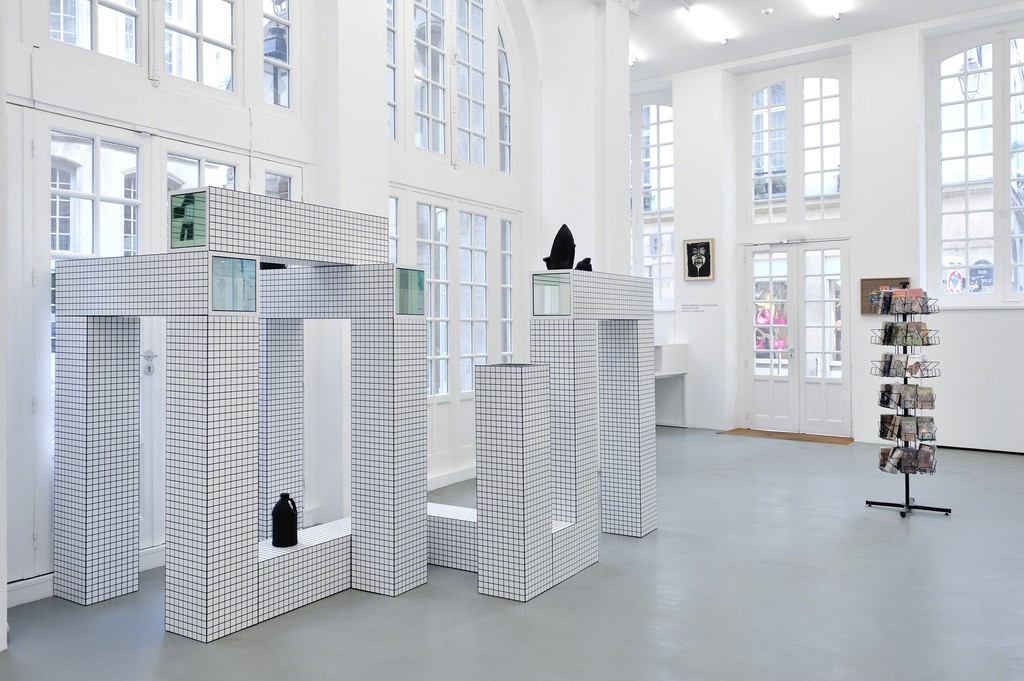 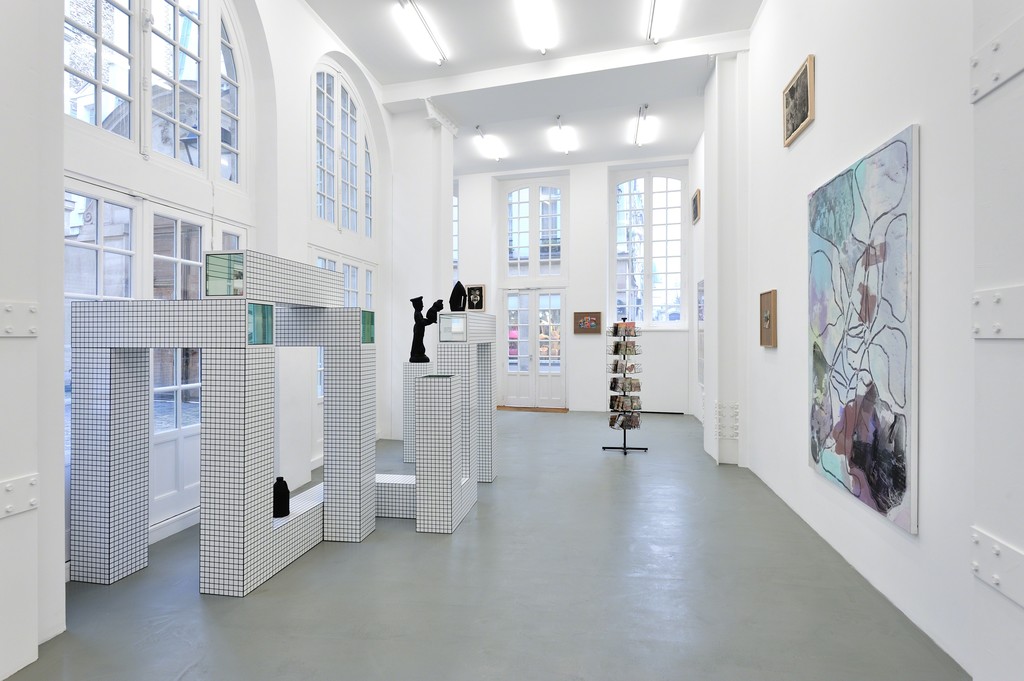 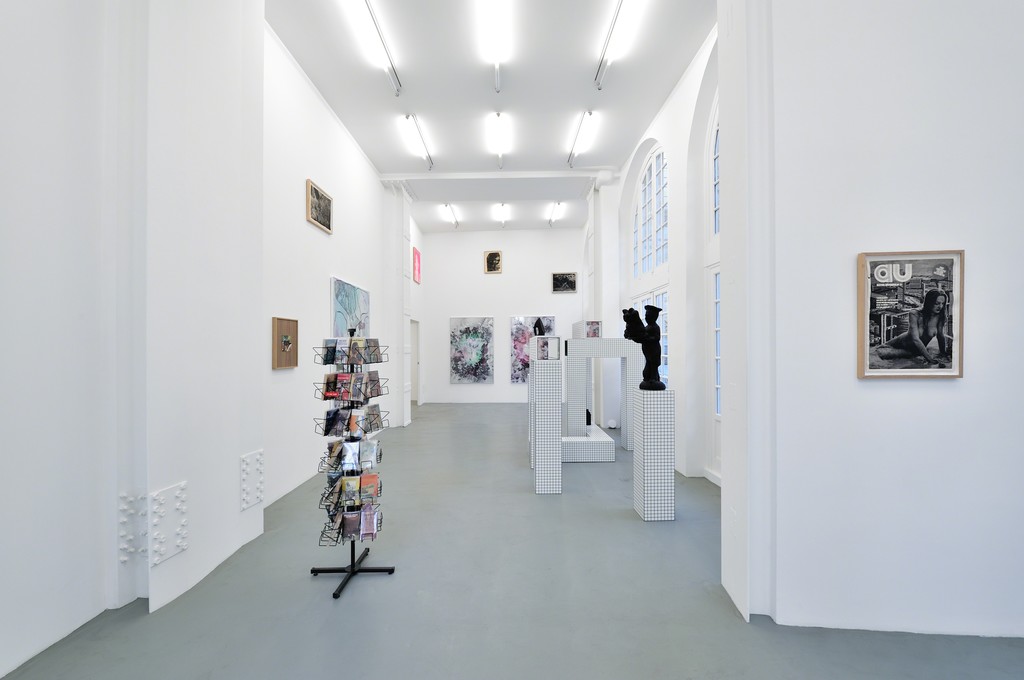 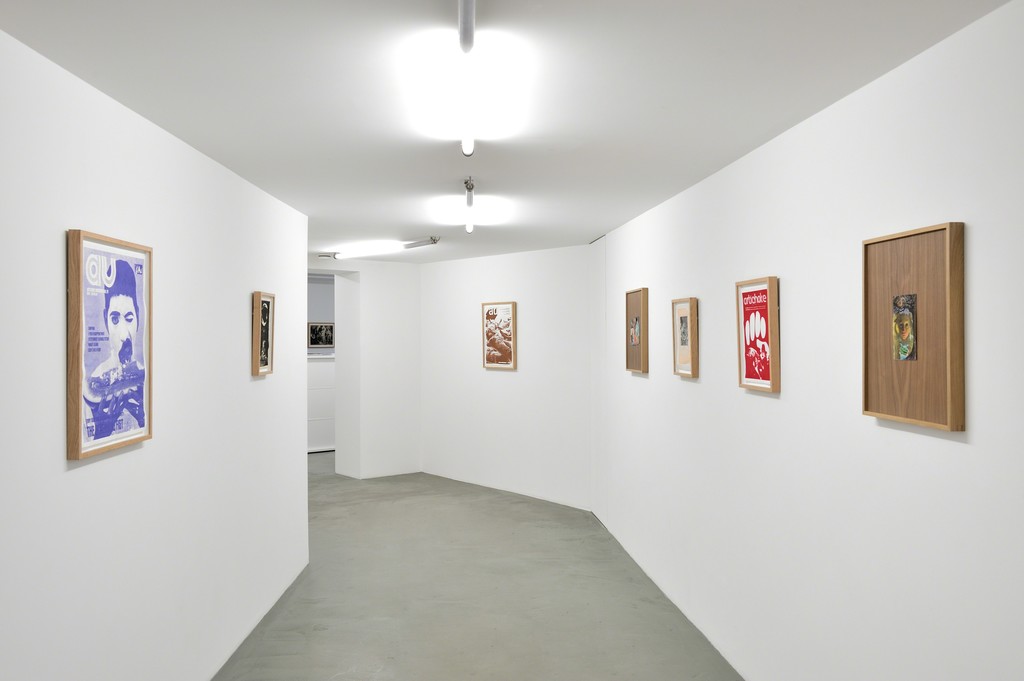 Hello Meth Lab in the Sun (2008) is the first shared work that Jonah Freeman and Justin Lowe (along with Alexandre Singh) produced at Ballroom Marfa (Texas). In this installation, the visitor moves from a dark and cluttered clandestine meth laboratory to a burnt-out kitchen, and then, brutally to an exhibition space with its immaculate walls. These unexpected changes from one space to another appertain as much to the effects of a dream or a hallucination, as they do to the technique of smash cut, as if one were passing, in an instant, from one cinematographic sequence to another. Indeed, the realism of these recreated spaces, the quality and attention to detail of the decor and the accessories, resemble an abandoned film set. Freeman and Lowe?s installations therefore plunge the spectator into a fiction where time and space are completely distorted. This fictional dimension is amplified through the presence of objects and documents which refer to recurring characters and a narrative: Dr Arthur Cook (pychedelia archetype), Raoul Arcade and Amanda Winter (founders of the fictional fanzine, Artichoke Underground) are the protagonists of this universe that sways between counterculture, consumerism and the art world.

For their exhibition, Minutes to Go, at the Galerie Mitterrand, Freeman and Lowe present an ensemble of pieces taken from their recent installations. The artists self-cite, referring to their former projects and the narrative that they have been developing together since 2007. For instance, the rice sculptures like Bowery Cat (Black I) were a result of their participation in Art Basel Unlimited in 2013 for which they had recreated for example, the interior of the Punjabi Kitchen, a cheap New York fast food restaurant serving a menu of rice-based dishes. The sculptures/pedestals are a reference to Superstudio?s Monumento Continuo, a negative utopia created by a group of Florentine architects in the 1960s and 70s as a response the standardization of architectural forms. Finally, numerous archival documents (magazine covers, photographs, etc.), taken from the fanzine Artichoke Underground complete this exhibition.

Jonah Freeman was born in Santa Fe (New Mexico) in 1975. He graduated from the Tisch School of the Arts (New York University) where he studied cinema production and dramatic writing. Justin Lowe was born in Dayton (Ohio) in 1976. He holds a Master of Fine Arts from Colombia University (New York). Together, they have already had numerous monographic exhibitions in various venues all over the world, including the Taipei Biennale (2014), Art Basel Unlimited (2013), Winfield House in London (2013), Istanbul '74 Art Centre (2012), and MOCA, Los Angeles (2011).