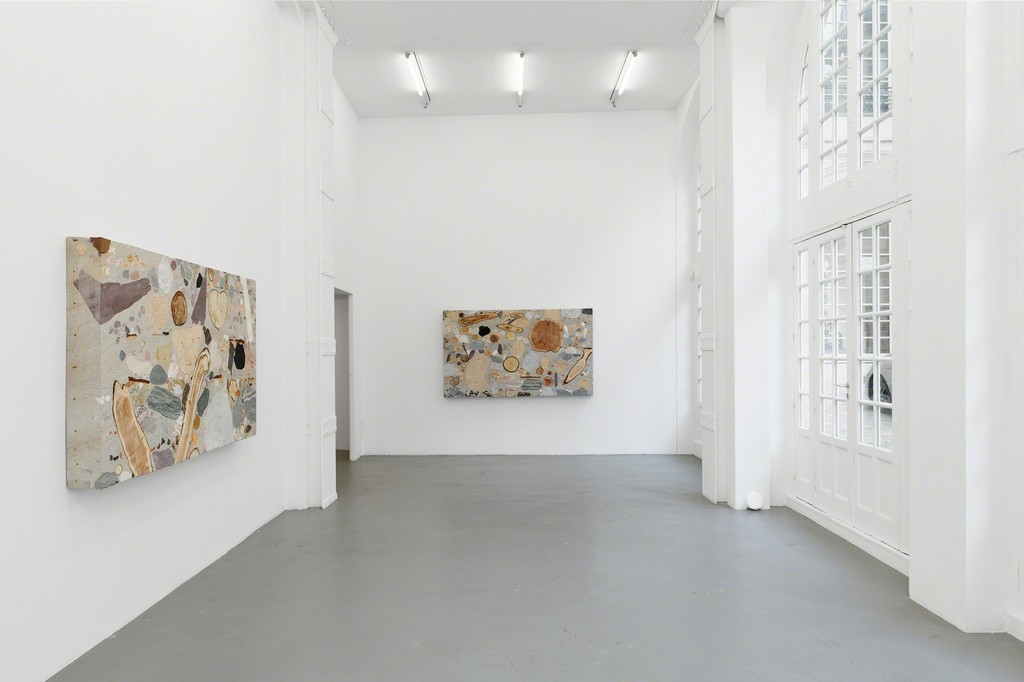 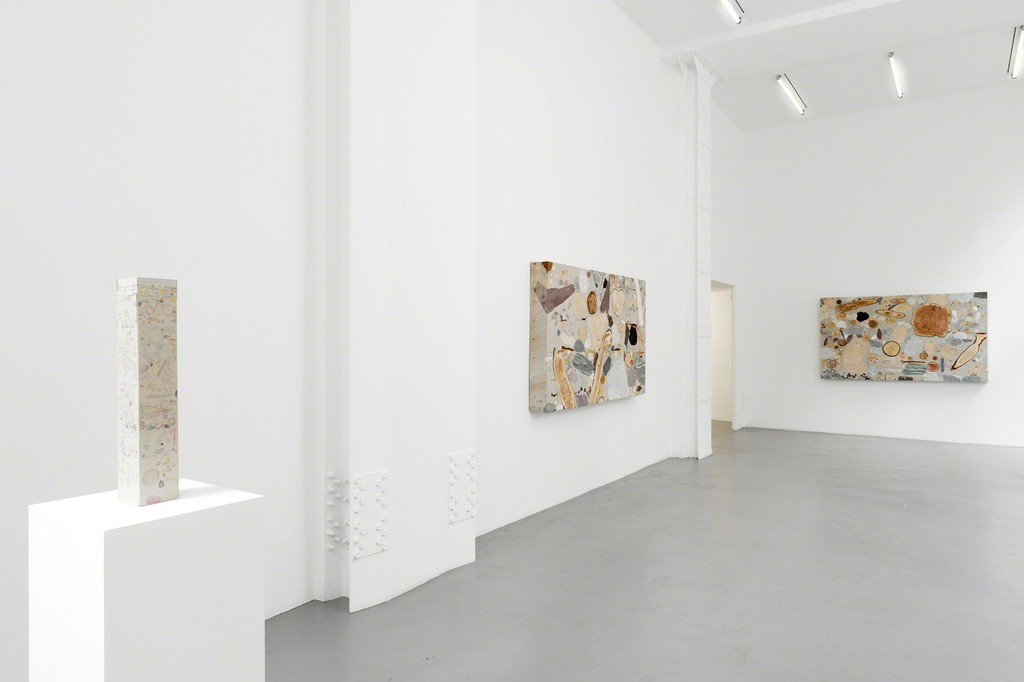 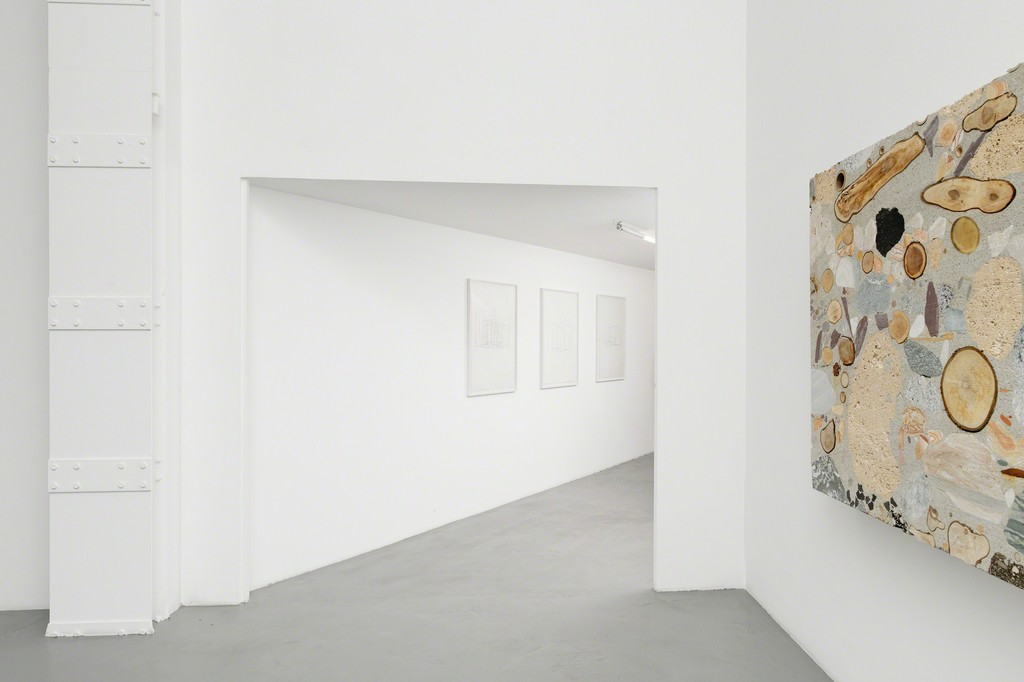 Since the 1990s, Katja Schenker has been developing work that combines performance and sculpture, using drawing, photography, and video to deepen and document the successive stages of her creative process. During her performances, the artist creates different physical actions that transform materials or objects. During the moll performance presented at the Jinji Lake Museum in Suzhou, China, the artist spread a huge white sheet of paper over the entire floor of the exhibition space. This action may be said to demonstrate the physical and spatial dimension of her work. For her veröffnen performance, Schenker cut a bundle of ropes deploying orange tulle curtains around the audience, fully incorporating them in a sensory and poetic experience. These performances are complex processes which often originate with an emotional intent, then transcribe to drawing, then to stage, before culminating in sculptures that preserve the traces of the creative act, at times even becoming ?objects of record?.

For her new exhibition at Galerie Mitterrand, Ms. Schenker presents part of the monumental work she created especially for the new FHNW University of Applied Sciences and Arts Northwestern Switzerland in Muttenz. The artist spent months in situ patiently creating a sculpture 11 meters tall and over 100 tons to adorn the centre of the school?s patio, currently under construction. The concrete monolith, resembling a large totem extracted from the earth, was completed using a technique that the artist has been perfecting over the course of the last decade. After excavating a form (or, in this case, building a casing), Katja Schenker fills the cavity with various natural materials and then covers them entirely in concrete. Once set, the solidified block is stripped bare and its sides carved away, revealing the process that led to the work: like a core sample revealing that which has taken place over time. For this project, her most spectacular yet, Ms. Schenker collected materials of various colours from all across Switzerland: wooden stumps, pieces of asphalt, rock, iron, stones and pebbles. At a rate of 30cm a day, on a 2.4m by 2.4m foundation, the sculpture gradually grew and eventually exceeded the expected height of 10 meters. The exhibition at Galerie Mitterrand presents two Cuts taken from the Muttenz work. Although these sculptures are linked artistically to the monolith from which they were cut, as a result of their relocation they have become works of art in their own right: a kind of synthesis of the original piece. The exhibition comes full circle with a photo of Dreamer, as well as the object that served as a protocol throughout the making of the project.

Katja Schenker was born in Saint-Gall, Switzerland in 1968. She lives and works in Zurich. Before studying art at the Hochschule der Künste in Zurich, Ms. Schenker studied comparative literature, art history, and philosophy at the University of Zurich and at the EHESS in Paris. She has had numerous exhibitions of her work, including a solo exhibition at the Jinji Lake Art Museum in Suzhou and the group exhibition I am the space where I am at the He Xiangning Art Museum in Shenzhen, China. In 2015, videos of her performances were shown at the Kochi Biennale in India and also included in the 30-year anniversary exhibition (PerformanceProcess) at the Centre Culturel Suisse in Paris. She is the recipient of many awards, including three successive Swiss Art Awards (2003-2005), the Swiss Performance Award, and the 2015 Prix Visarte.