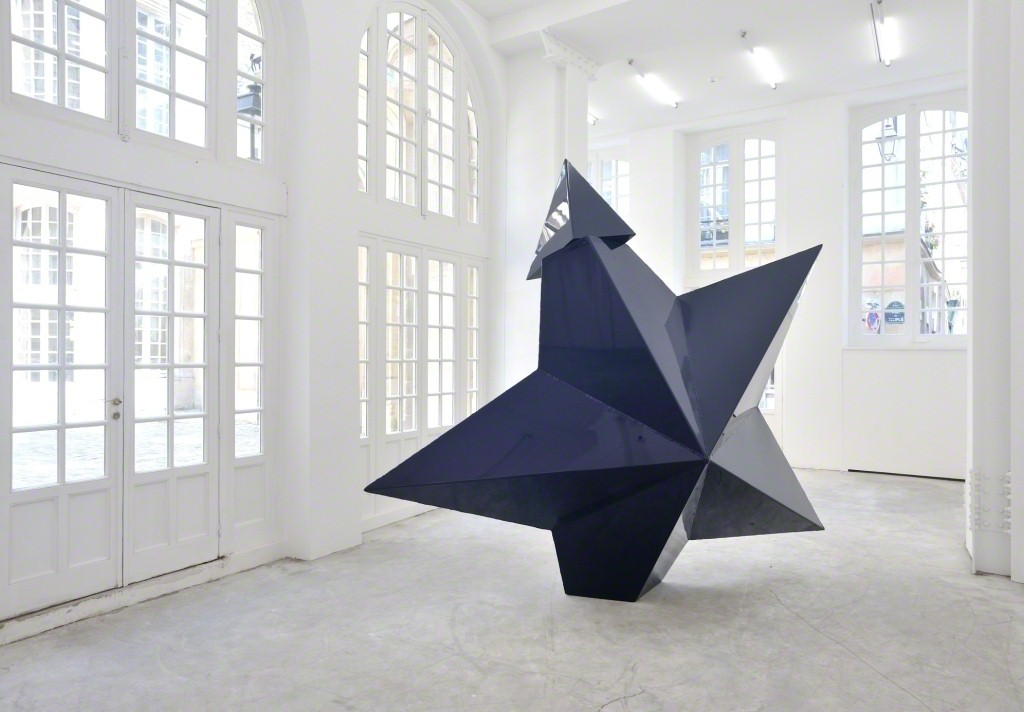 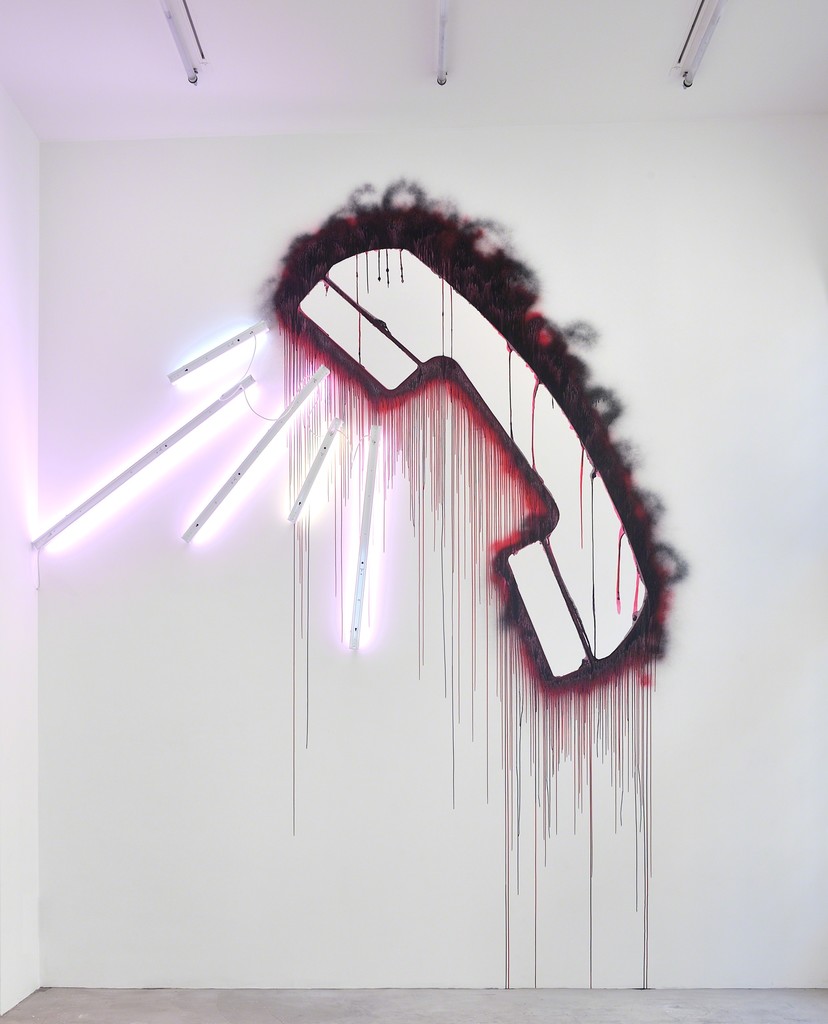 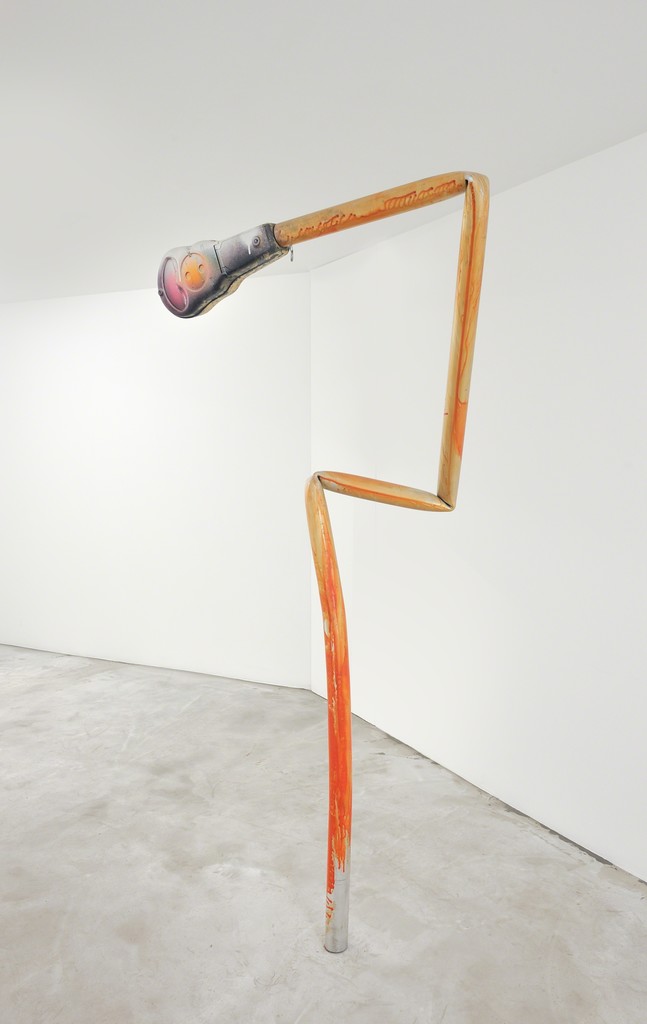 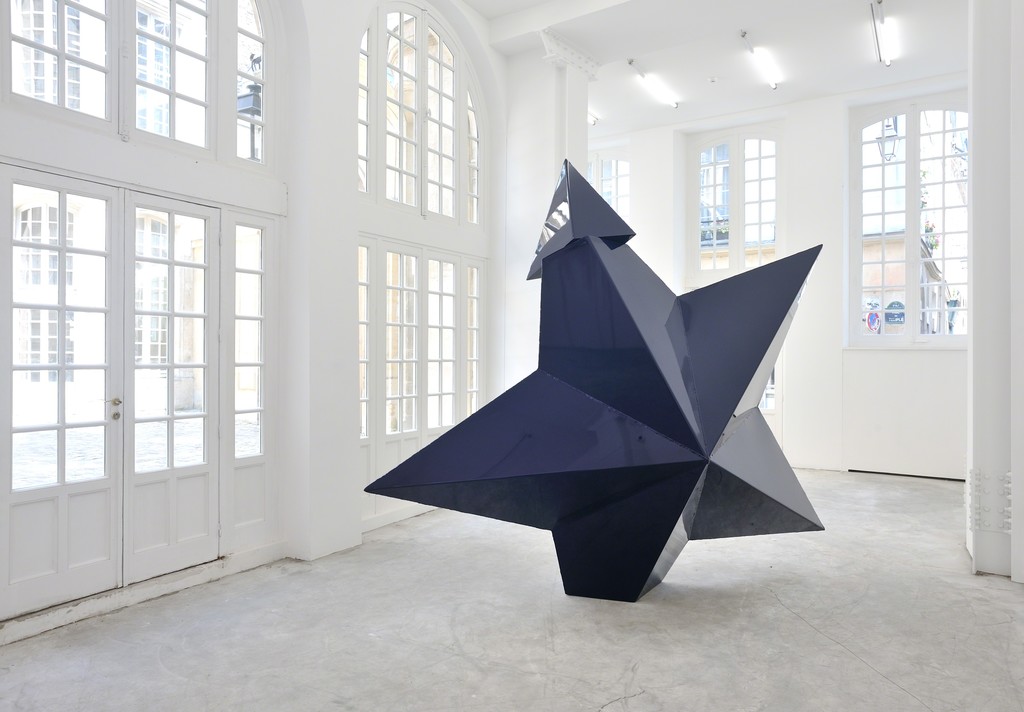 Based in Miami for over 20 years, Mark Handforth is profoundly tied to the legacy of the 20th-century American avant-garde. He freely makes use of a formal vocabulary borrowed from Ready-Made, Minimalist or Pop Art, which he confronts with an iconography often derived from the urban environment. Handforth willingly adopts a casual attitude with regard to the practices of 1960s New York artists such as Rauschenberg, Warhol or Flavin. In his work, fluorescent tubes become eclipses (Eclipse, 2003) or rising suns (Rising Sun, 2003), and urban furniture or fixtures, like street lamps, traffic signs or fire hydrants, are bent, twisted and distorted, not without humour. Finally, the icons of American culture, and in particular the star, carry traces of inexplicable collisions (Yellow Star, 2011).

For his exhibition at the Galerie Mitterrand, Mark Handforth has created a new sculpture entitled Deep Violet. This enormous, sparkling star with dented branches or tips is accompanied by a large wall installation composed of luminous tubes, depicting in a naive and almost childlike fashion, an eclipse or a sunrise. This symbolic landscape created by Mark Handforth oscillates between violence and gentleness, disenchantment and rapture.

Mark Handforth was born in Hong Kong in 1969 and grew up in England. Since 1992 he has lived in Miami, in the United States. He graduated from the Academy of Fine Art in Frankfurt and the Slade School of Fine Art in London. He is internationally acclaimed for his installations in the public spaces. His large-scale sculptures have been displayed in Central Park in New York, the Dallas Museum of Art, and the MCA in Chicago and during the FIAC offsite event in Paris. Mark Handforth has also received public commissions from the cities of Paris (Porte de Bagnolet) and Zurich (Tessinerplatz).