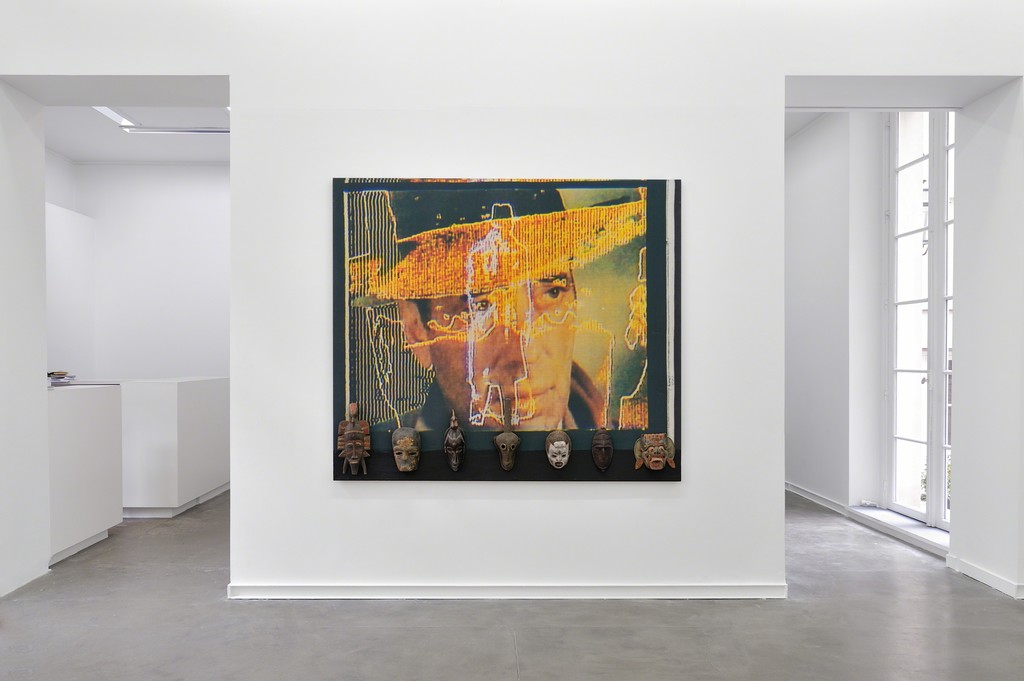 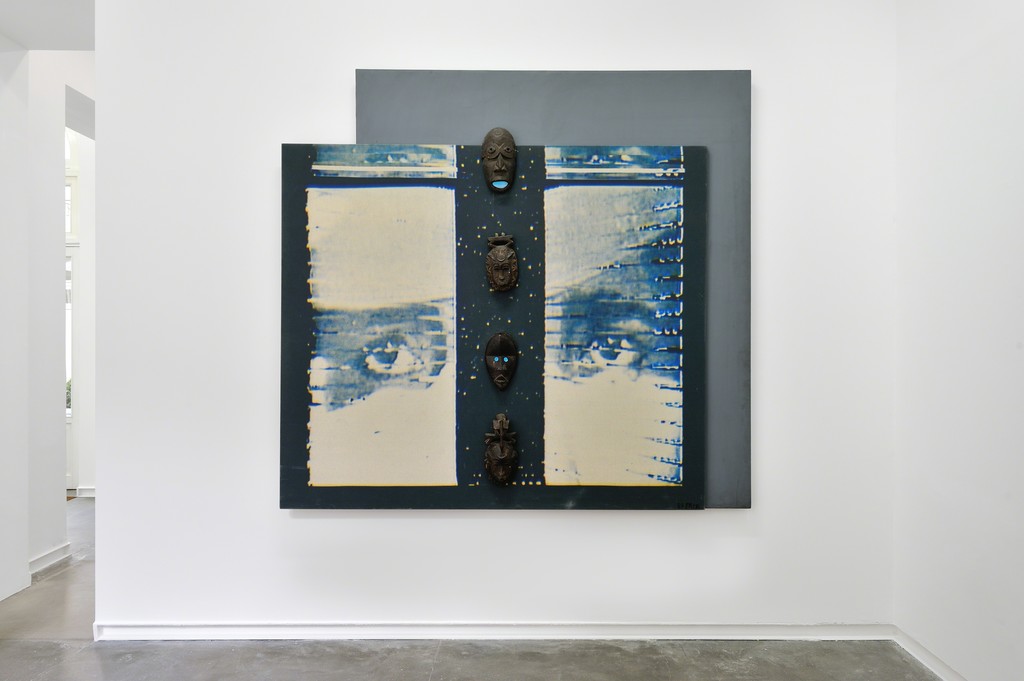 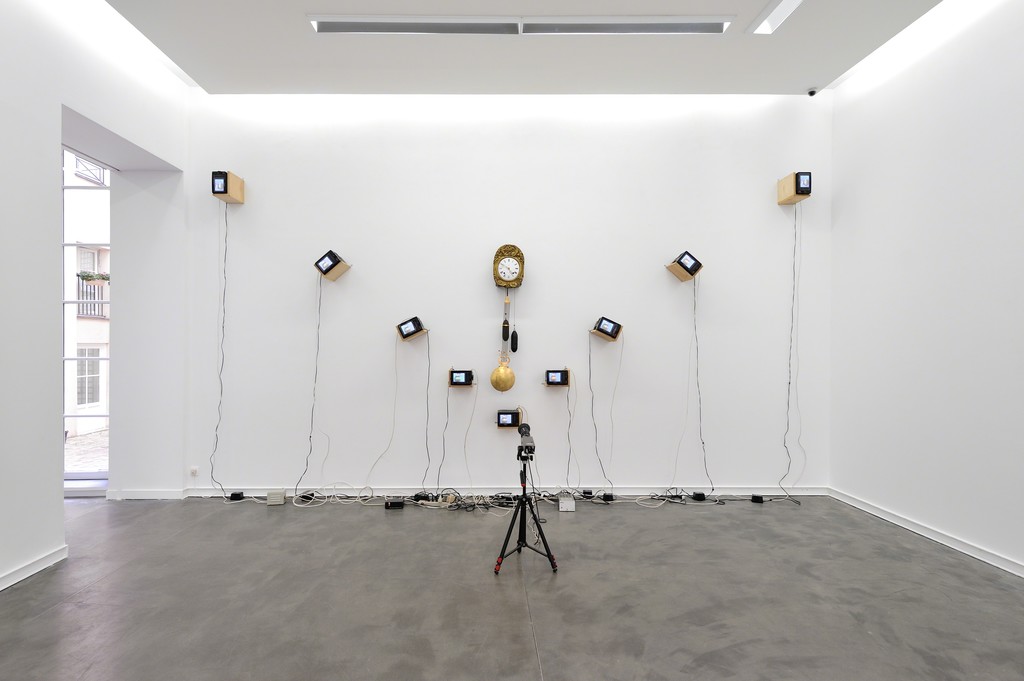 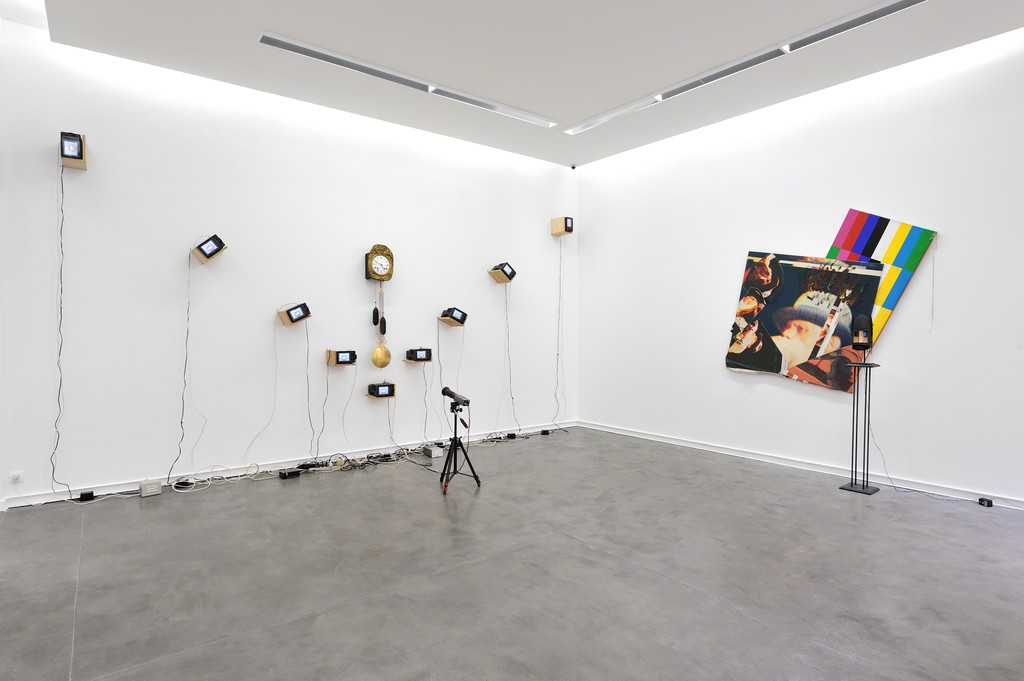 Of Korean origin, Nam June Paik is considered to be the father of video art. Following music studies in Korea and later Japan, Nam June Paik left for Europe in 1956 to complete his university education. It was here that he crossed paths with the avant-garde artists of the day, notably Joseph Beuys, John Cage, Merce Cunningham ... In the late 1950s, he became a member of the Fluxus movement and authored concert-performances. His first composition in 1959, One for Violin Solo, Sonata, consisted in smashing a violin on a lectern before the audience. In 1963, Paik presented Music/Electronic Television as part of the Fluxus exhibition at the Galerie Parnass in Wuppertal. This installation was composed of 13 televisions placed on the ground. Using magnets, the artist distorted the images so that the screens were filled with lines and static. This is widely regarded as the first work of video art. Nam June Paik's installations attract the viewer's attention, both through their visual cacophony and their sound arrangements, making them "total" works of art. The notion of time is essential to understanding these artworks, just as a sense of humour or indeed, derision is required.

For this exhibition, the Galerie Mitterand presents an ensemble of works from the late 80s, regrouping mainly a series of works based around the film Casablanca, directed by Michael Curtiz in 1942, and featuring Humphrey Bogart and Ingrid Bergman in the starring roles. Alongside works such as Casablanca (1989), which screens the original film in a continuous loop, African Queen (1989) and Ingrid Bergman (1989), representing the main actors, are works like Musical Clock (1989) and Beuys as Indian Chief and TV eyes (1989), two installation artworks described below.

This work can be considered one of the anthropomorphic altars which Paik's visionary gifts enabled him to bring into being. In the centre of the installation a clock, both head and heart, beats time with its pendulum. This beat is filmed in real time by a camera placed opposite, and broadcast on the television screens that cover the walls. Beginning with the clock, this vast network spreads out, evoking now two large arms open in a comic gesture, now a network of veins with blood circulating through them. This work can be understood as a metaphor of the western city whose entropic, narcissistic and productive energy never really stops. The clock, as it beats time, is like the conductor of an orchestra, its beat audible within everyone's head. Everyone must bend to it whilst carrying out their activities, living through their days. The combination of the antique clock and the more recent invention of the television is a way of highlighting the discrepancies which arise in a society that is based both on ancient resources and propelled in a crazy race towards technological metamorphosis, towards progress.

Another charismatic figure whom Paik celebrates in his work is Joseph Beuys, who bursts forth like a devil from a box in this installation. Beuys, who declared himself to be an artist shaman, is another figure whose preoccupations strongly resonated with those of Paik, one of his closest friends. As an artist he was deeply concerned with politics, the environment, teaching. He not only tried to free himself of the associations that tend to be assigned to the artist in society, but he also and above all emphasised the mystical, almost occult, nature of art, which a rationalist society prefers to ignore. Paik was equally sensitive to this spiritual dimension. The animated, cinematic nature of his work gives them almost a ritualistic quality. There is something of the quality of an offering, a fetish object, in his sculptures. In this piece Beuys is shown alongside the coloured striations of a television set, in front of which is an African mask, imbued with a deep, silent spiritual charge

Nam June Paik was born in Seoul, South Korea in 1932 and died in Miami in 2006. The numerous retrospectives organized in honour of his work highlight the importance of Paik in the evolution of contemporary art. These include shows at the Musée d'Art Moderne de la Ville de Paris in 1978-1979, the Whitney Museum and Chicago Museum of Contemporary Art in 1982, and at the Guggenheim, New York in 2000. Nam June Paik was the recipient of numerous prizes, including awards from the Guggenheim, the Rockefeller Foundation, the American Film Institute, and the UNESCO Picasso medal in 1993. He also received the Lion d'or at the 45thVenice Biennale. More recent exhibitions were held at the Tate Liverpool in 2010 and the Smithsonian Museum, Washington in 2012.