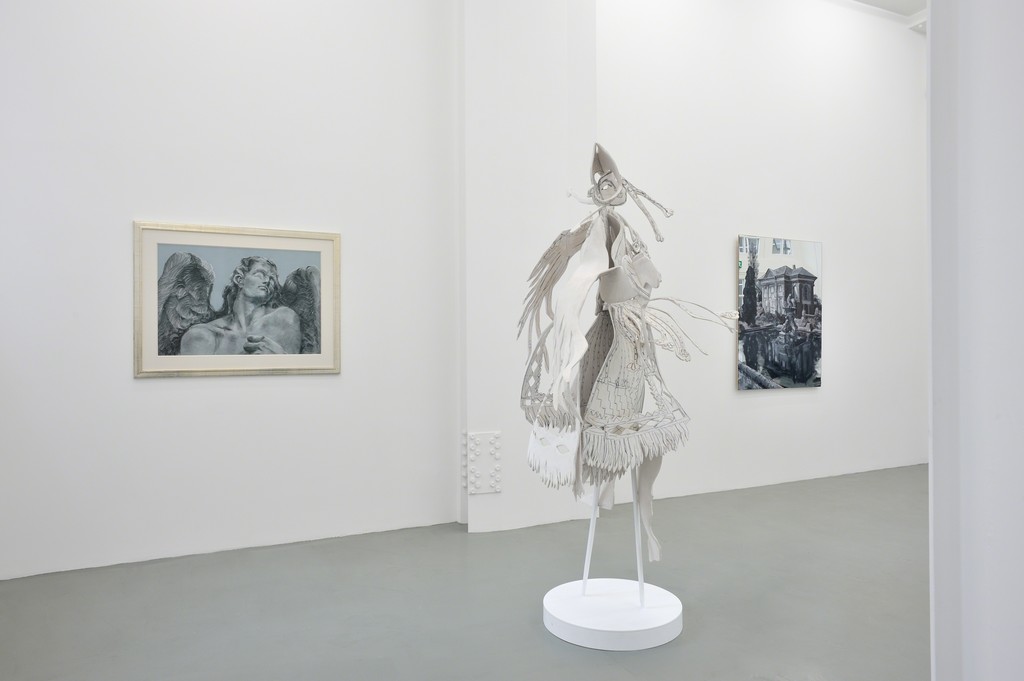 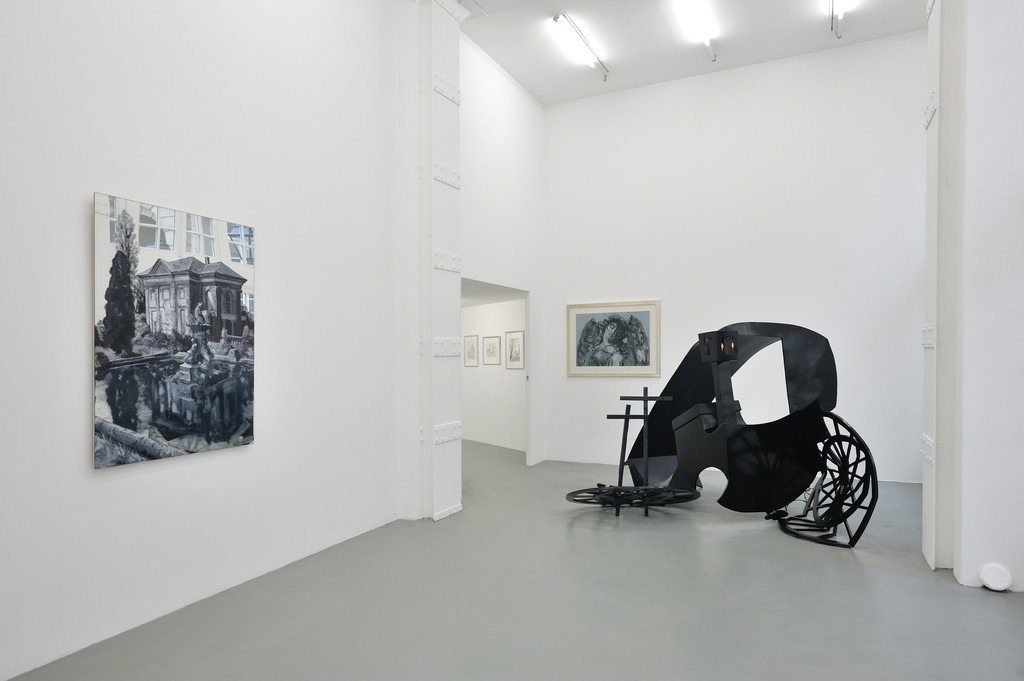 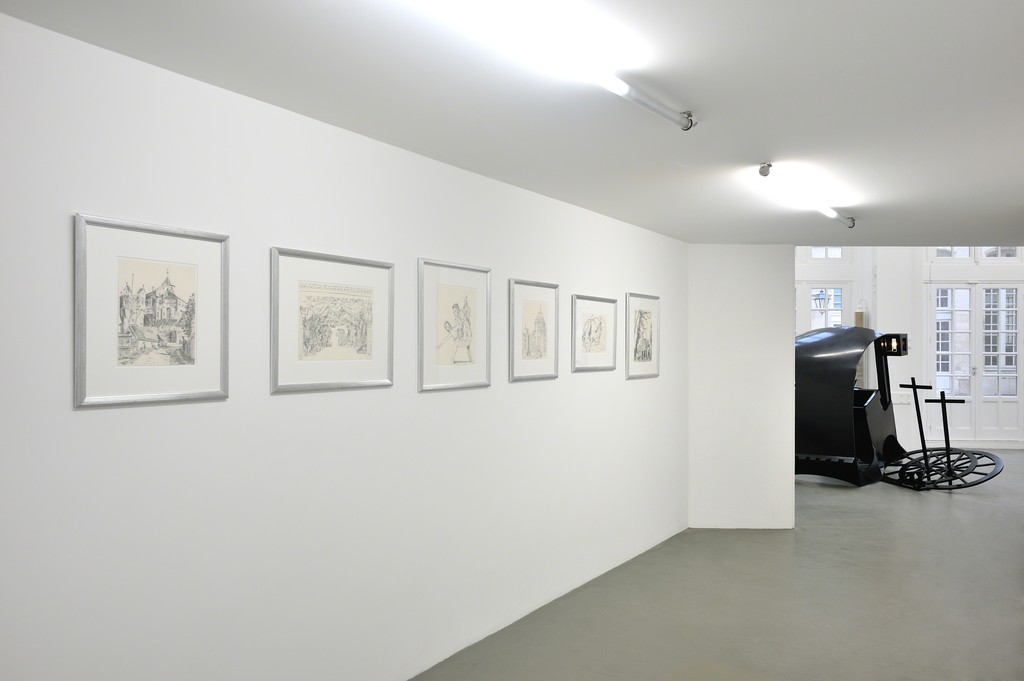 Since the early 2000s, Rachel Feinstein has primarily developed a sculptural work which nevertheless, leaves an important place for painting and drawing. To create her works, mostly figurative, Rachel Feinstein constantly draws upon the iconography of European art and culture from the sixteenth, seventeenth and eighteenth centuries, her main references being the baroque and rococo styles. However, her work may be said to overplay the search for beauty, refinement and sophistication, characteristic of these periods. This deliberate emphasis betrays a critical dimension that is expressed through an intentionally caricatural or parodic style. For example, the royal horses (Wagenburg, 2001), the angels (Army of God, 2008) or biblical scenes (Crucifixion, 2003) create works that combine the grandeur and prestige of European history with the decadence and decline of the aristocracy and royalism. The artist's sumptuous paintings on mirrors (Rhoda, Marie, Eva, 2005) depict exaggeratedly unattractive women or the old-fashioned castles of the former European courts (Kasteel de Haar, 2010, Castle Pernstejn, 2012), subverted or misappropriated by the kitsch aesthetics of a Cinderella's castle. Rachel Feinstein's plaster or flat propped sculptures also refer to the notion of artificiality. They often resemble objects or decorative environments (The Sorbet Room, 2001; Satinstein, 2002), or decorative elements (from film or theatre) in which we can see the hidden meaning and understand the devices. All of her works reveal the artist's interest in the fantastical aesthetics of Hollywood fairy tales, halfway between Walt Disney and Sofia Coppola's Marie-Antoinette. Rachel Feinstein's work can be seen as a distortion of the legacy of European monarchies by American popular culture, a historical reinterpretation or indeed, a combination of different eras which she explains as follows: "Rococo to Americans is Liberace, but it's also Disney World, it's "Sleeping Beauty" this Grimms' fairy tale, Black Forest aspect of stuff".

For her exhibition at the Galerie Mitterrand, Rachel Feinstein presents a sculpture of a buckled large black carriage called Puritan's Delight (2008), inspired by the Austrian royal carriages of the nineteenth century. This work with its clean lines creates a dramatic atmosphere which evokes the drawings of cemetery angels in Zurich and Manchester (pastel drawings from 2012). This lugubrious mise en scène includes an aqua-resin sculpture, painted white, entitled The Hun Girl (2014). Presented for the first time in the Schwartz Gallery of the Metropolitan Opera in New York, this piece is an imaginary portrait of the character Kontchakovna, a key figure of the opera Prince Igor by Alexander Borodin.

Rachel Feinstein was born in 1971 in Arizona (USA). She lives and works in New York. Her work has been the subject of several solo shows, including her first exhibition in France at the Consortium Art Centre in 2006 (Tropical Rodeo), the exhibition The Snow Queen at the Lever House Art Collection in New York in 2011, or more recently Folly (2014) at Madison Square Park, where she presented several monumental sculptures.