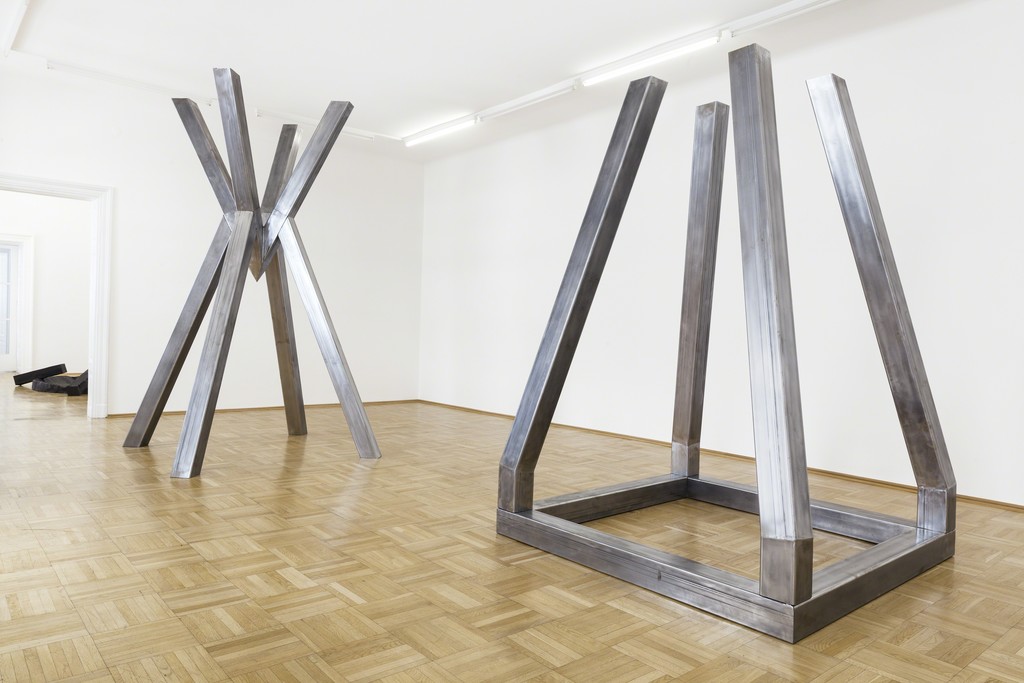 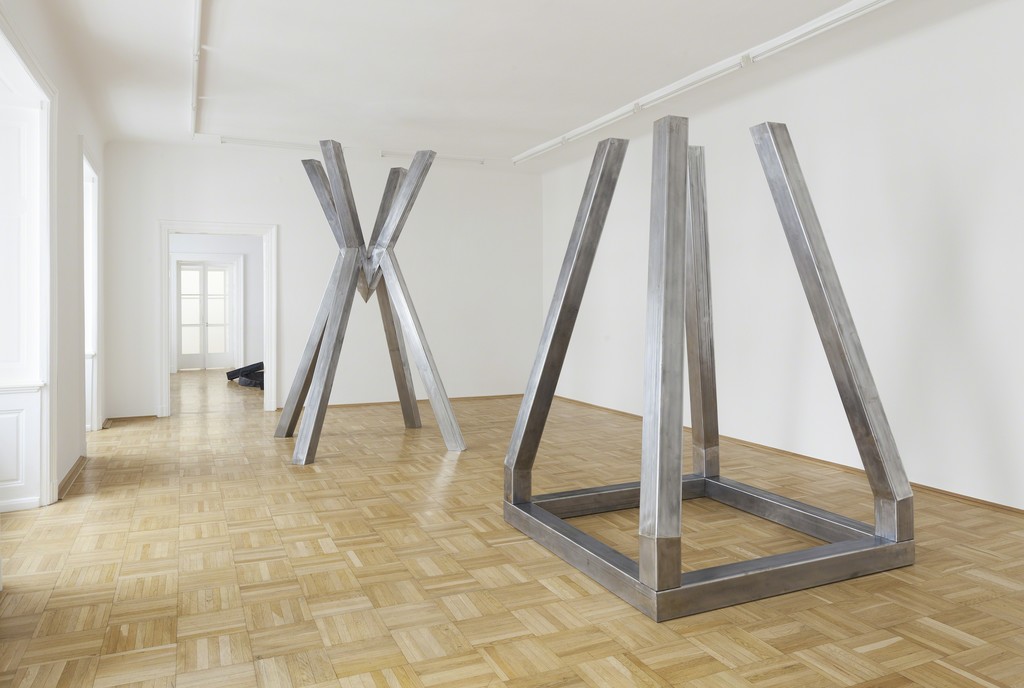 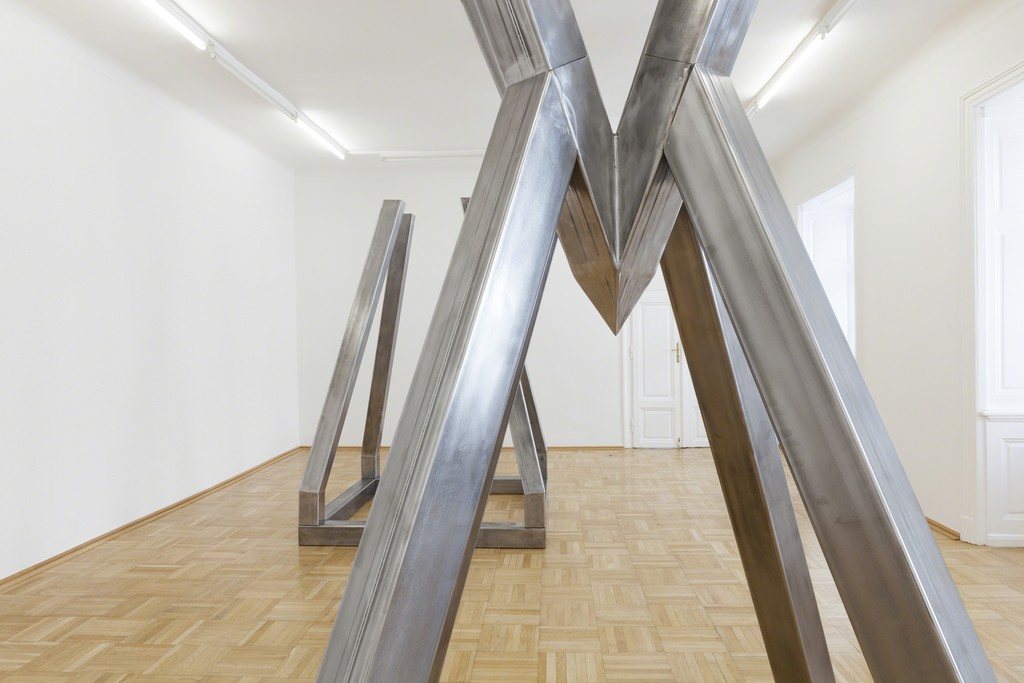 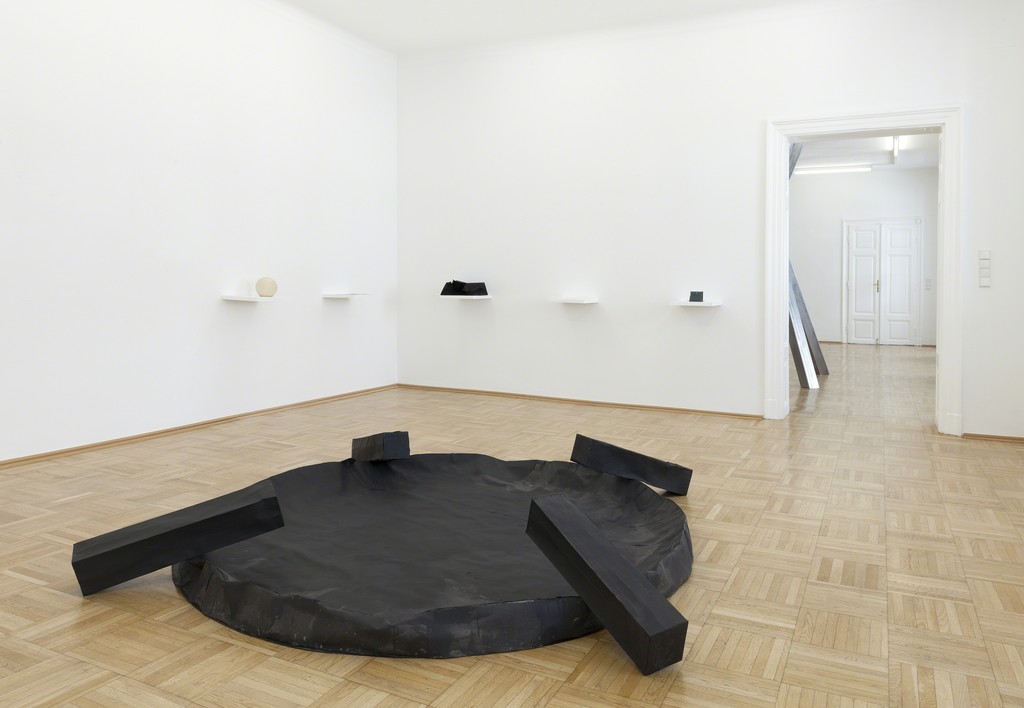 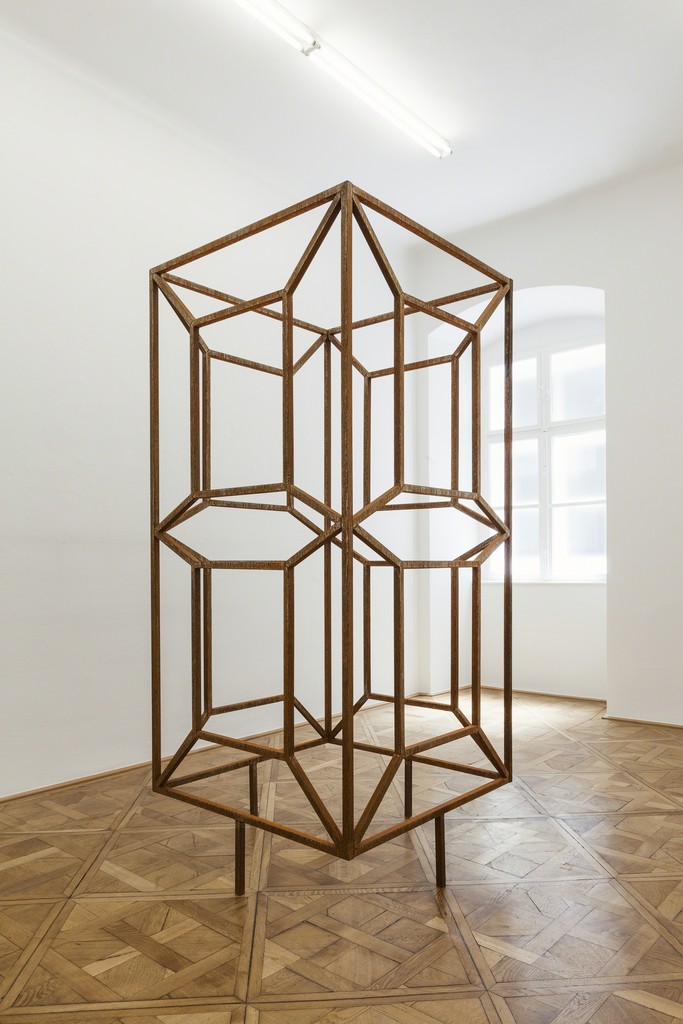 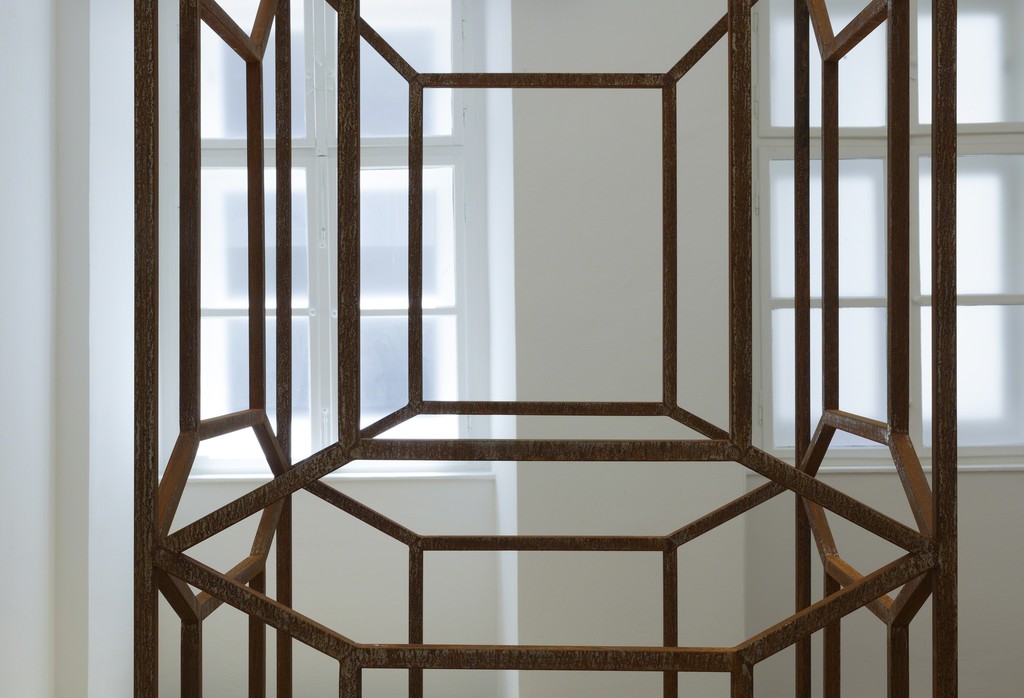 MICHAŁ BUDNY
The Song of Skull

We are pleased to present Michał Budny’s latest works in The Song of Skull, his fifth solo exhibition at the Galerie nächst St. Stephan Rosemarie Schwarzwälder.

One can think of a skull as a home, a place of isolation. How interesting it would be to inhabit somebody's head, to find a shelter for our own head in the head of somebody else.
Michał Budny

For Michał Budny, the skull is a resonator – a kind of tuning fork, or a storage device or receiver for different vibrations. As with an empty shell, there is always a swooshing sound to be heard. Because the eyes are missing, it must rely on other senses – primarily rhythms and sounds that form different layers in its interior, where they create an impalpable image before the eyes of the soul.

Budny’s works present not just new possibilities of perception, but also fleeting transparencies and unstable processes of sensation. They can take the shape of pictures or spatial installations, and they can incorporate shifting light and shadows. For his latest exhibition, the rooms have been given the names “Hymne auf den Weg” (Hymn to the Path), “Hymne auf das Zuhause” (Hymn to the Home), “Hymne auf den Anfang” (Hymn to the Beginning), indicating that his works are tonal arrangements offering praise. However, the object of this praise remains just out of reach and in a permanent state of transition within the resonance chamber of the skull. The abstract objects – regardless of whether they are made of paper, cardboard, wood, or metal – serve as mere clues and refuse all clarity. With their seductive ease and formal austerity, they induct inner oscillations, their sparse, seemingly unexpressive materiality essentially defining their presence.

In The Song of Skull, Budny’s works are organisms with mutually connected parts with a delicate, half-material existence, seeming to lead their own inaccessible lives. When relating to the beholder in the room, however, they act as a potential spark that can activate loops of memories, both familiar and strange.

Michał Budny was born 1976 in Leszno, Poland. He lives and works in Prague. He participated in the 10th Fellbach Small Sculpture Triennial in 2007 and the Manifesta 7 in Trentino in 2008. This was followed by solo exhibitions in the South London Gallery in 2010, Kunstverein für die Rheinlande und Westfalen in Düsseldorf and Kunstmuseum Stuttgart in 2011, the National Gallery of Art in Vilnius, Lithuania, in 2012, and Saarlandmuseum in Saarbrücken in 2015. His works are currently on view in the group exhibition Late Polishness. Forms of National Identity After 1989 in the Ujazdowski Castle Centre for Contemporary Art in Warsaw.

Budny’s works can be found in many private collections and institutions all over the world, such as the Kunsthaus Zurich, Kunstmuseum Stuttgart, Museum of Modern Art in Warsaw, Berezdivin Collection in Puerto Rico, FNAC in Paris, Saarlandmuseum in Saarbrücken, Vehbi Koç Foundation in Istanbul, KiCo Collection in Bonn, and Ege Kunst- und Kulturstiftung in Freiburg.