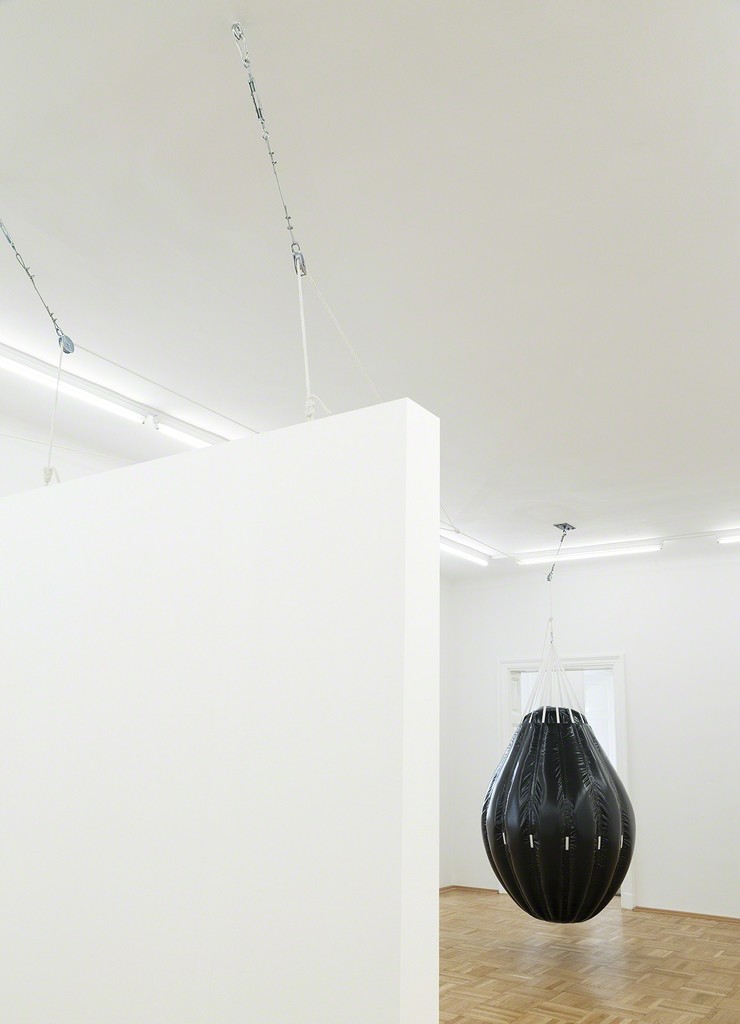 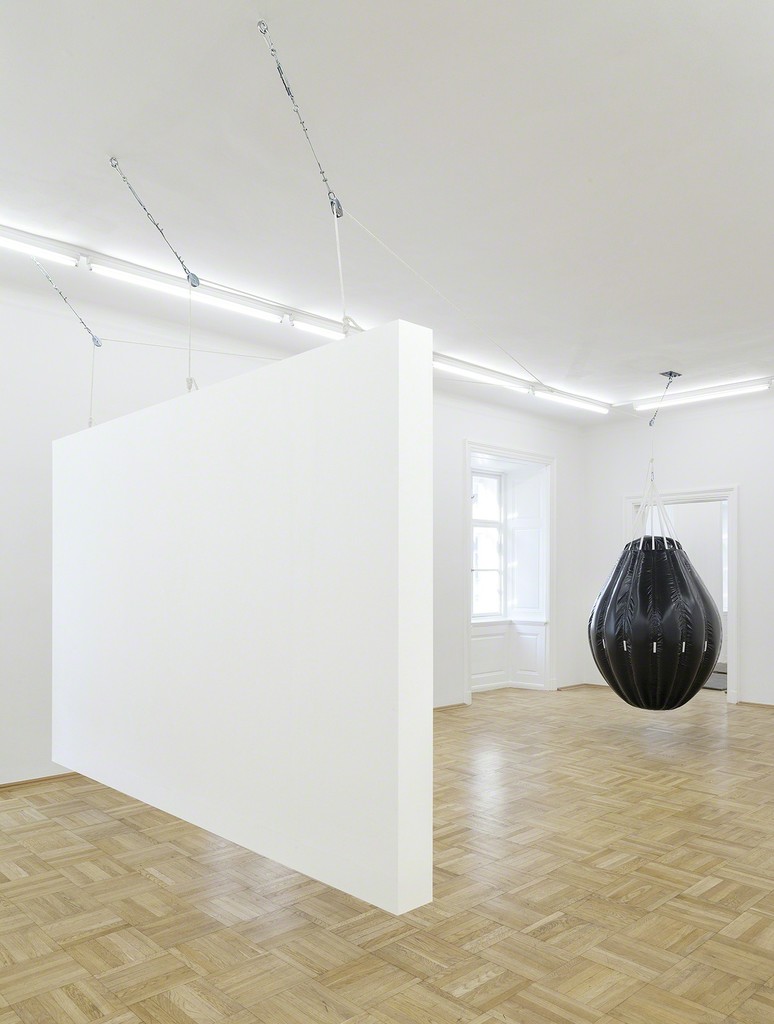 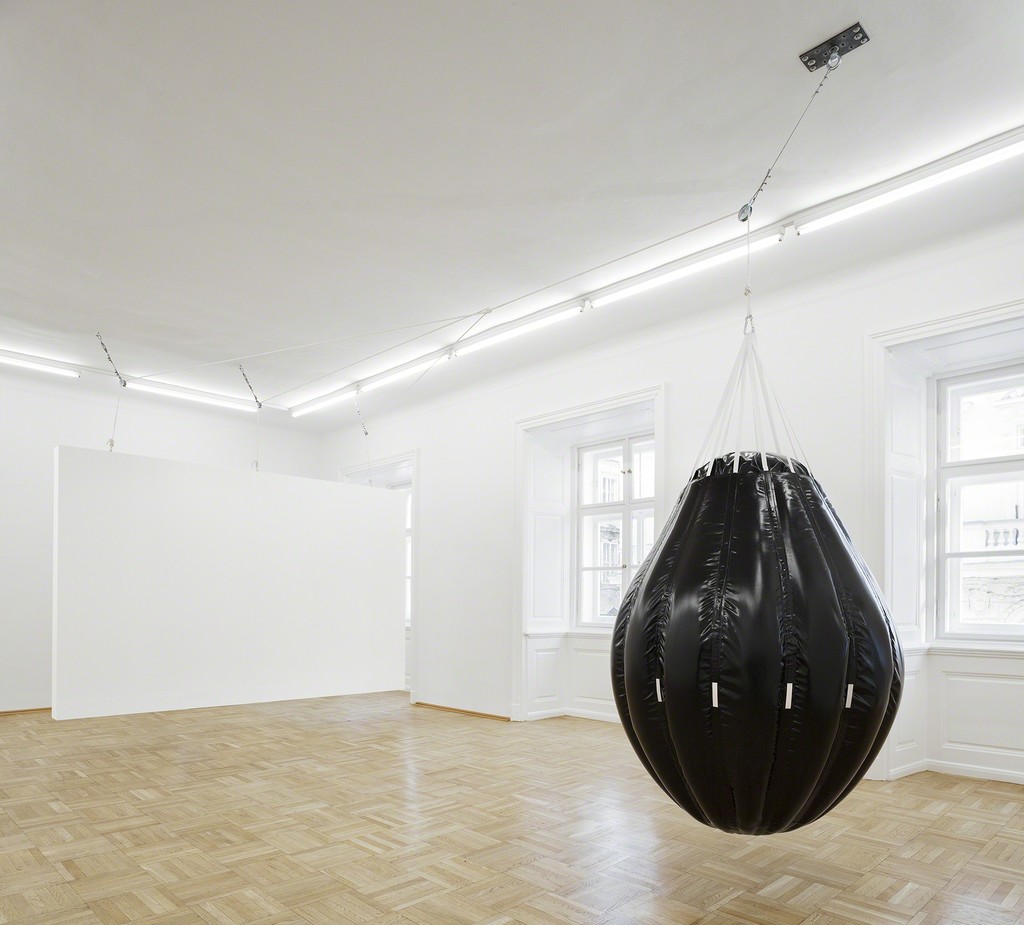 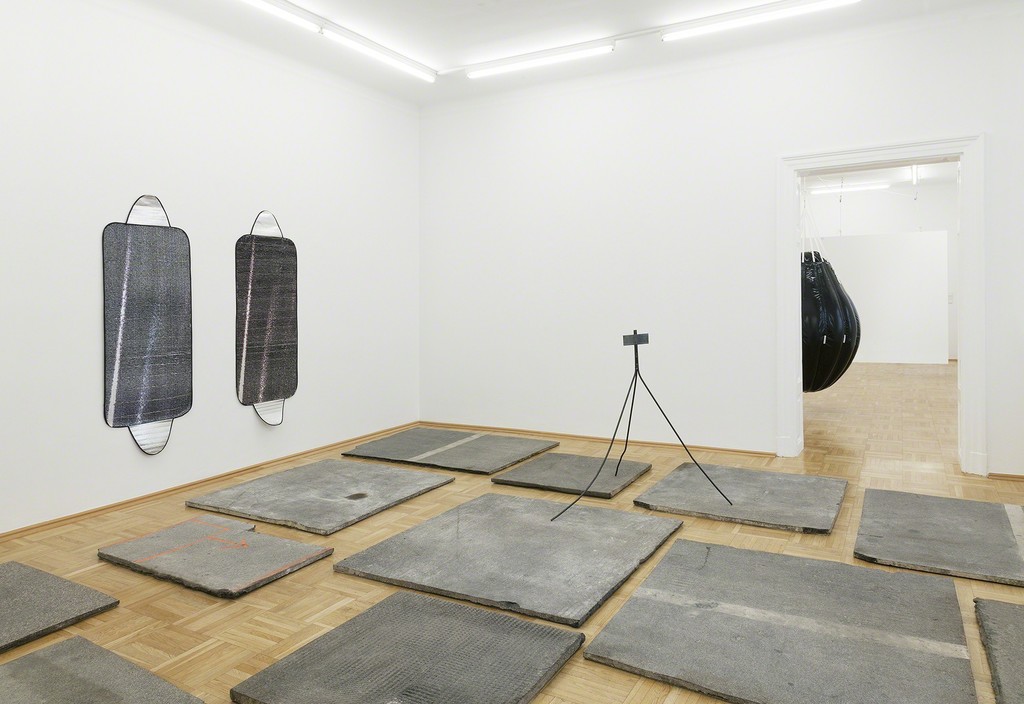 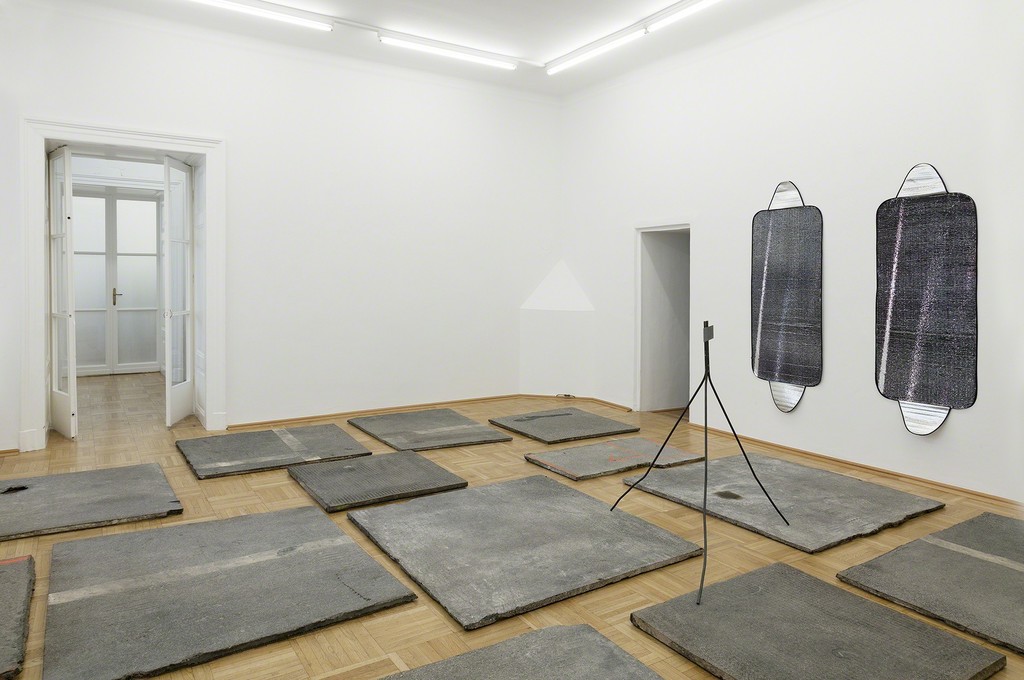 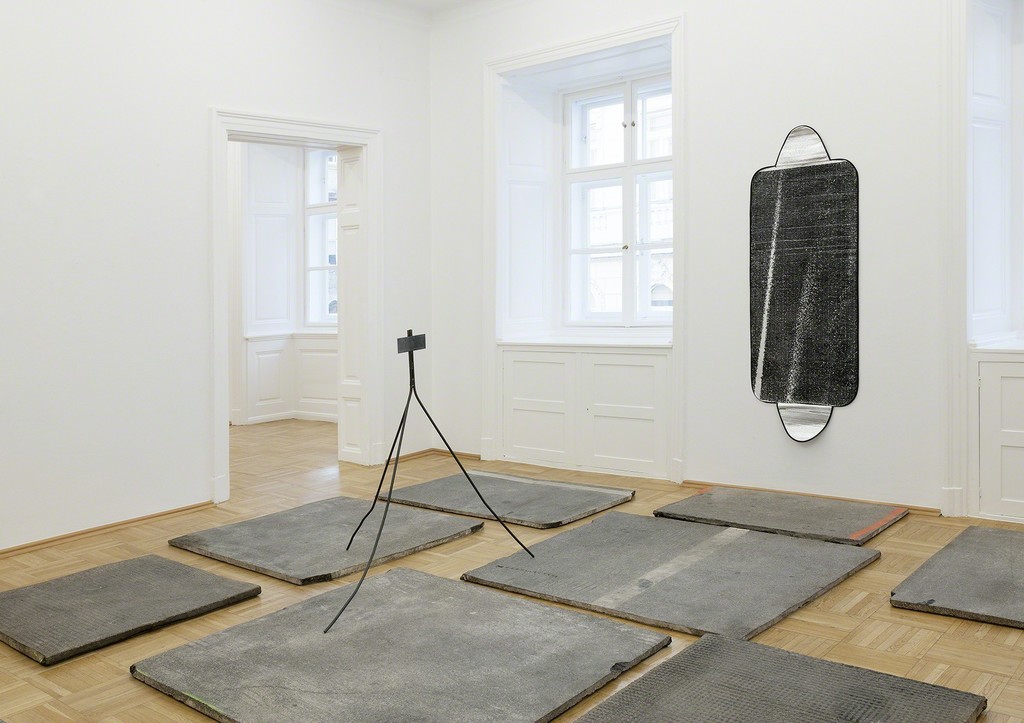 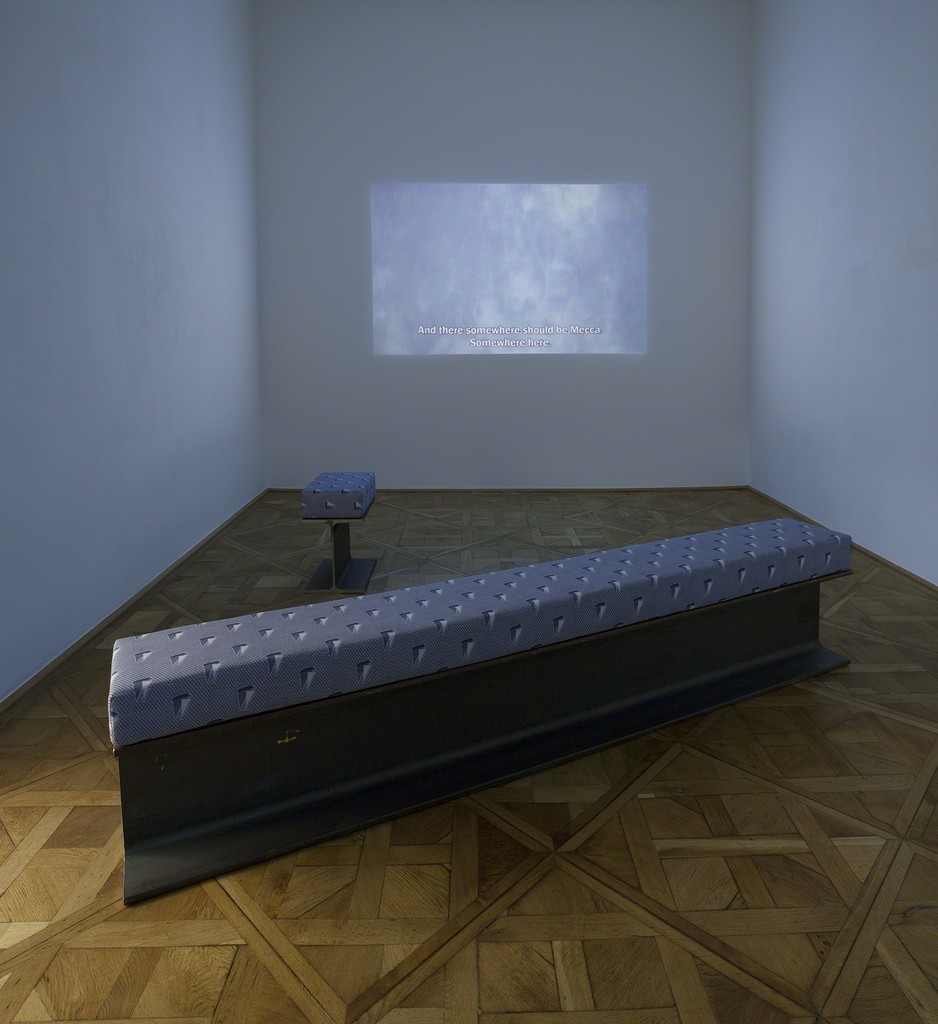 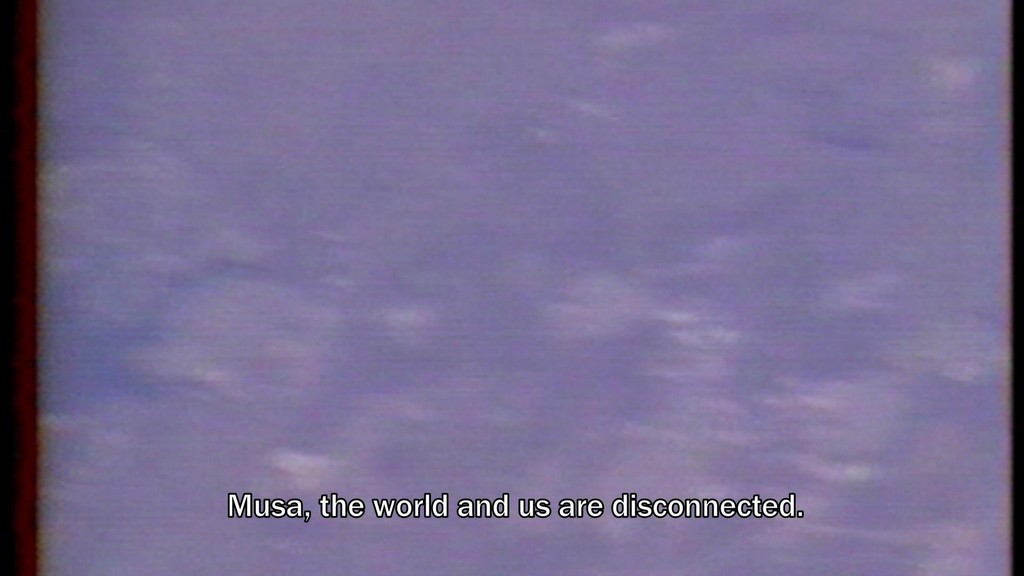 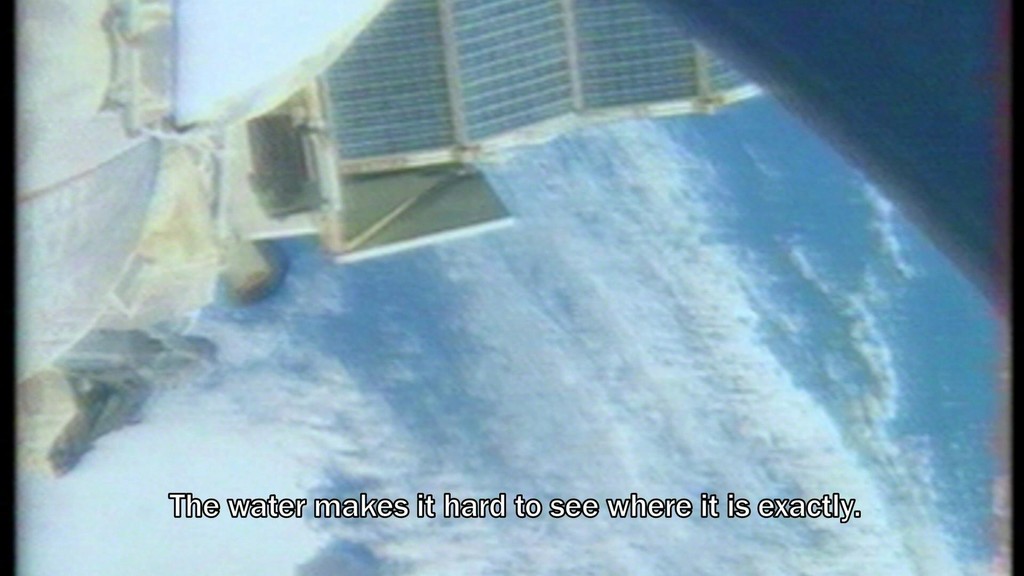 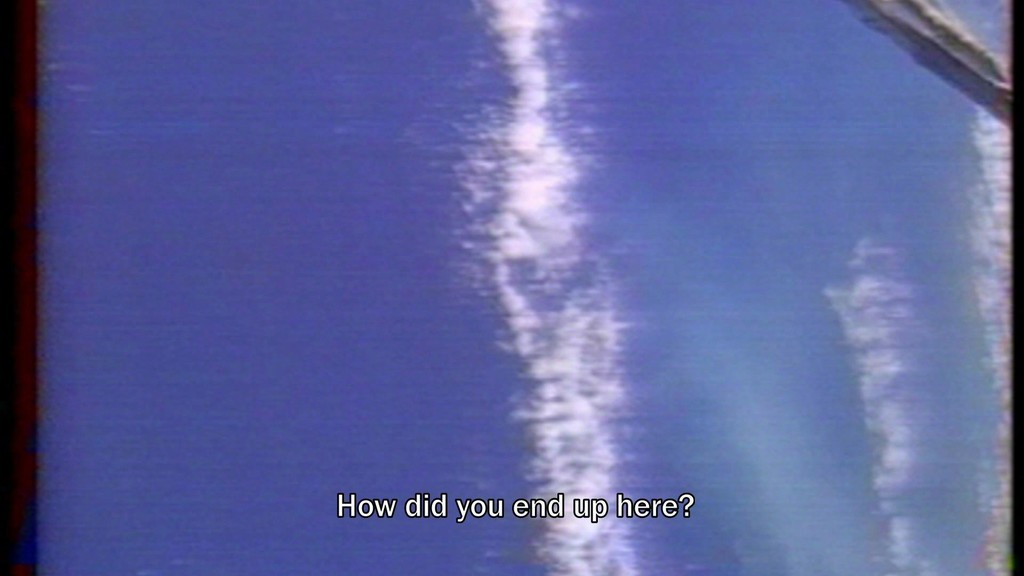 In her installations, Sonia Leimer explores our perceptual foundations, which are formed on the basis of individual, historical, and media-related patterns of experience. As products of concrete historical contexts, rooms and objects undergo a transformation in which history and societal changes become palpable.

The exhibition title Above the crocodiles refers to a video that Sonia Leimer compiled using archive material from a Russian TV channel. We see the searching of the camera of two Russian astronauts filming different territories on earth from the ISS space station and talking about what they see. Sonia Leimer added a female astronaut to the audio track who contributes her own observations, thoughts, and questions to the conversation; hence, the interplay between political reality and personal desire emerges as the main theme. The video is showing in a room in which several I-beams have been transformed into seats with upholstery, the fabric of which was produced by a company from the former Soviet Union. Sonia Leimer’s installation thus not only brings political change to the fore, it also highlights the increase in global interconnectedness.

The idea of stability in a political and architectural sense is also visible in another room-encompassing installation. Here, an entire wall is suspended using a water counterweight, the upward lift of the wall illustrating the gallery room’s revolt against gravity. The underlying, sensitive system of dependencies creates a temporarily stable situation that could topple at any moment.

Also from a stable system but now removed are the pieces of asphalt – fragments of the city – which Sonia Leimer has spread out over the floor of another room, forcing visitors to step over the individual pieces. In the gallery space within this centuries-old Viennese building, they challenge us for a moment, pointing out the temporality of all human attempts to create something lasting.
The printed window films for cars establish a link between the pieces of road and our distanced view from above – something that is also addressed in the video. The screen print shows a photograph taken by the space probe Voyager in 1990. From a distance of about 6 billion kilometers, earth appears only as a pale blue dot.