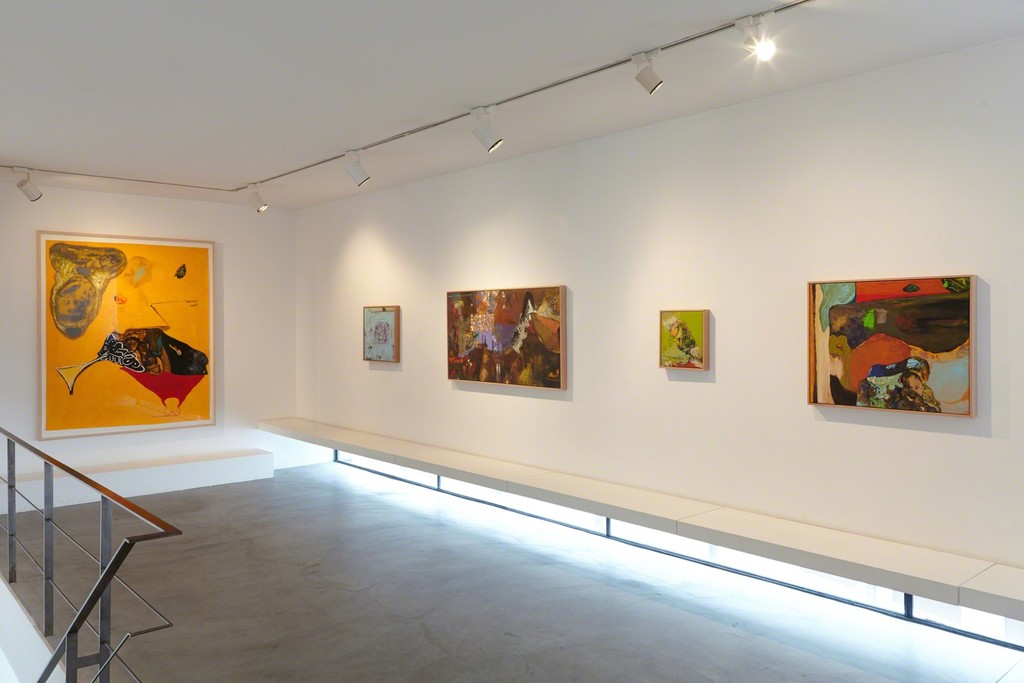 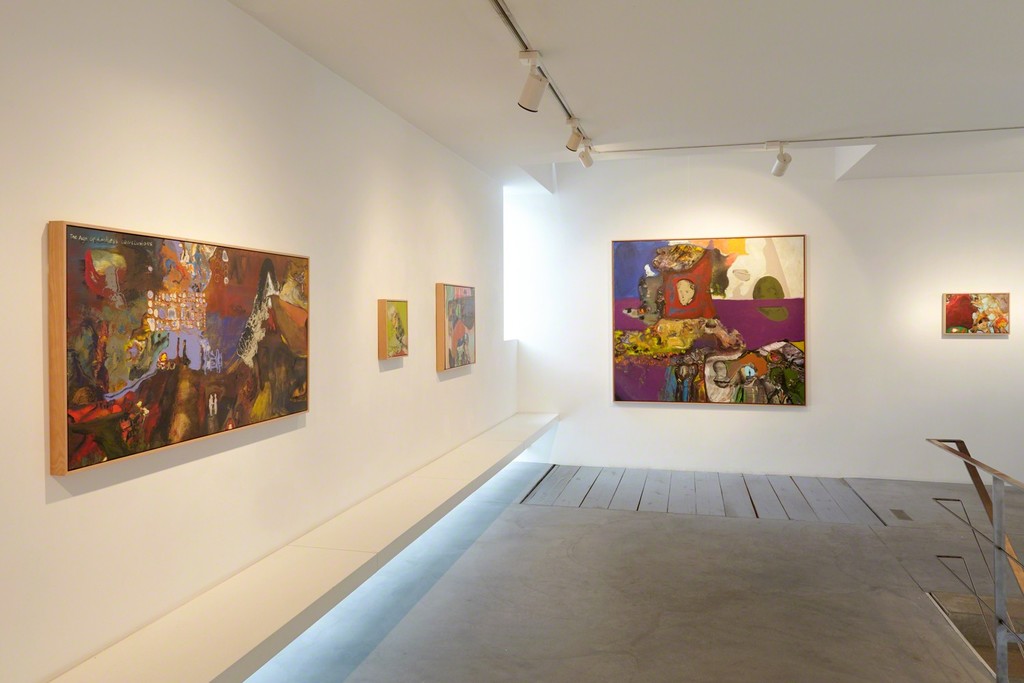 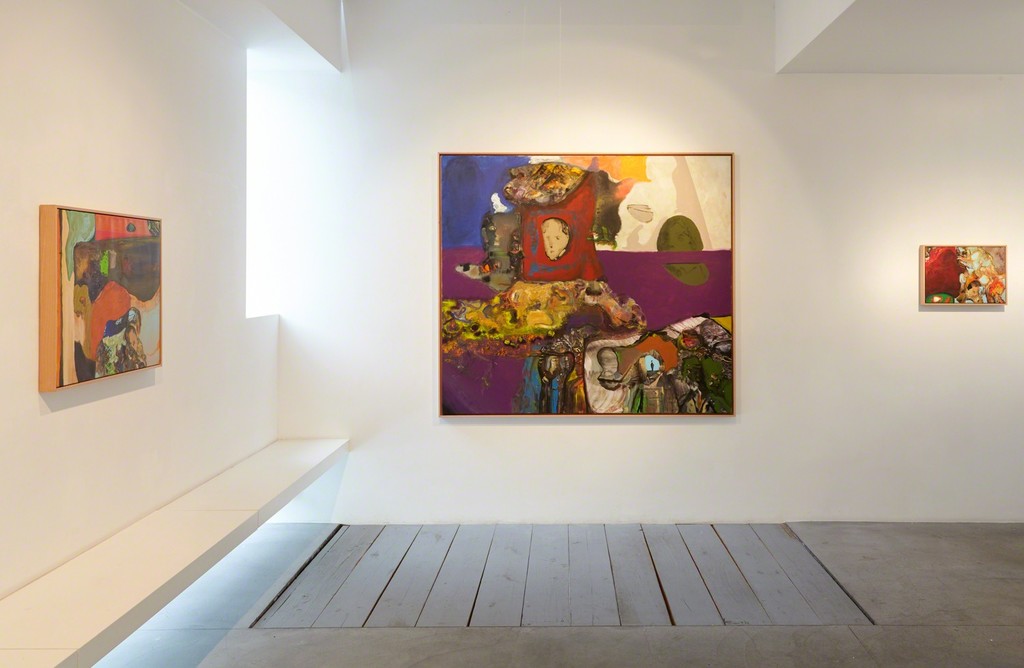 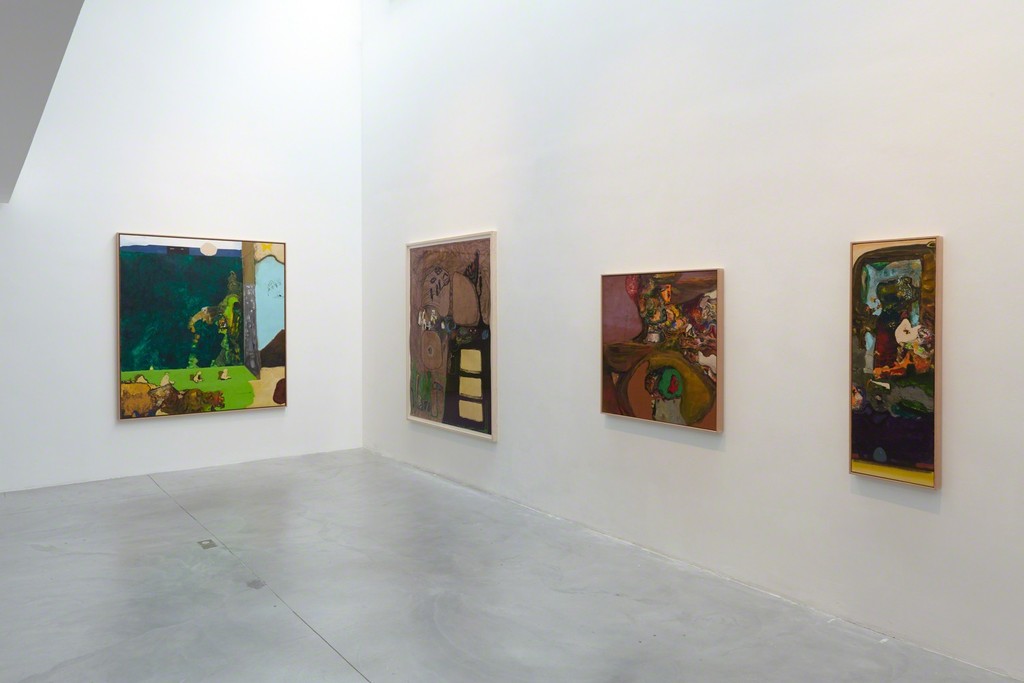 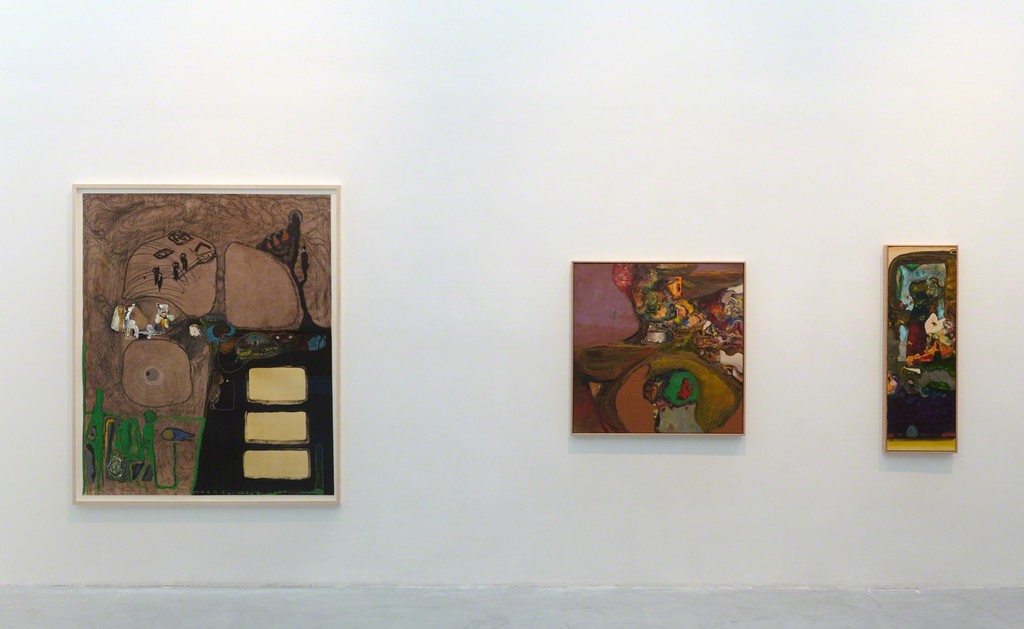 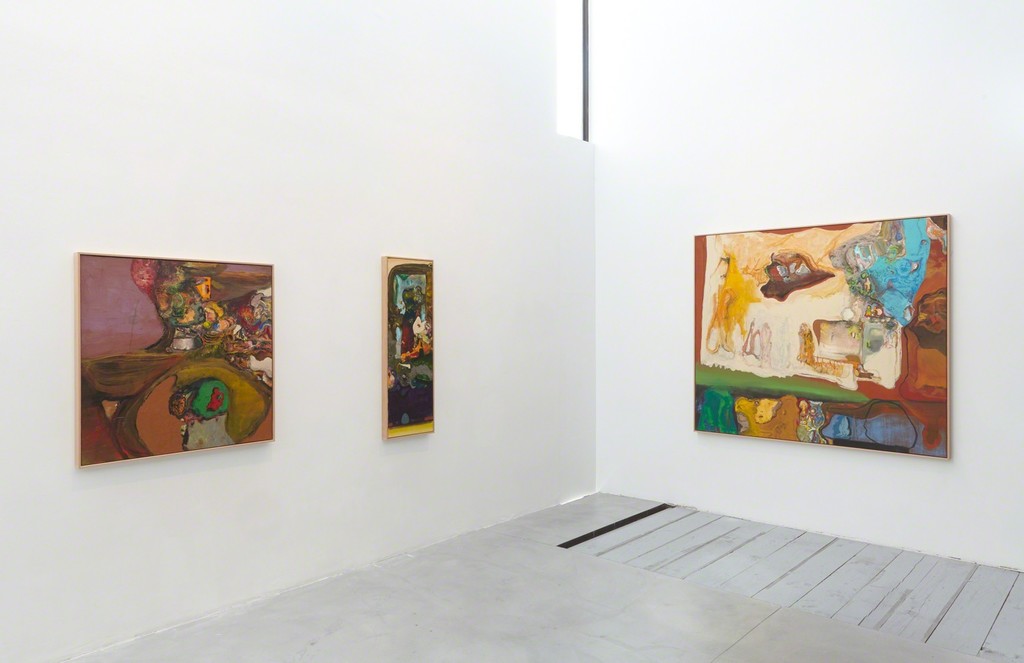 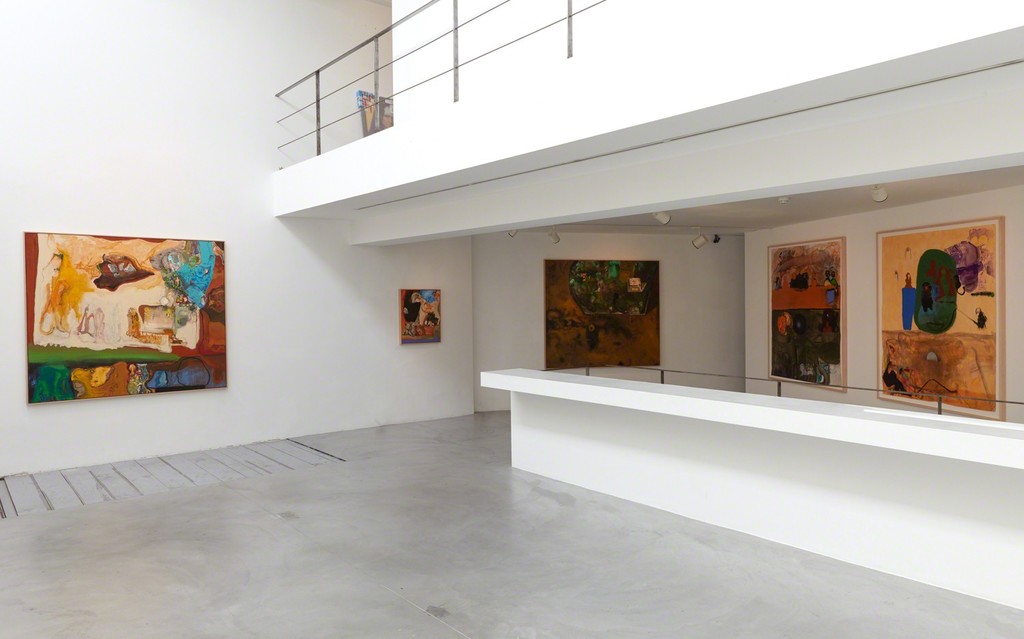 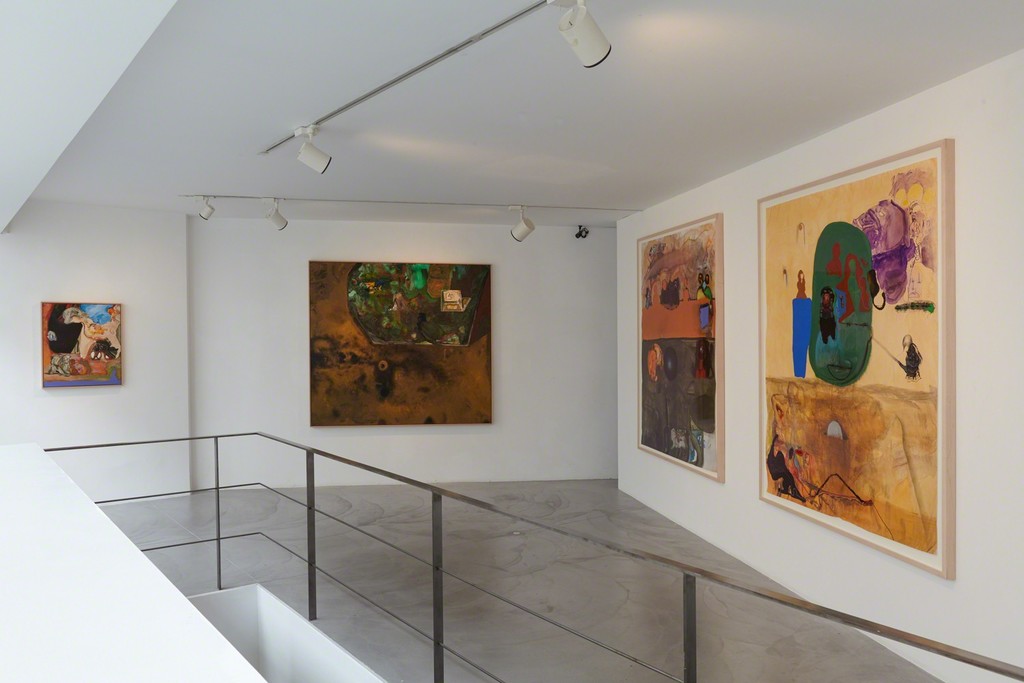 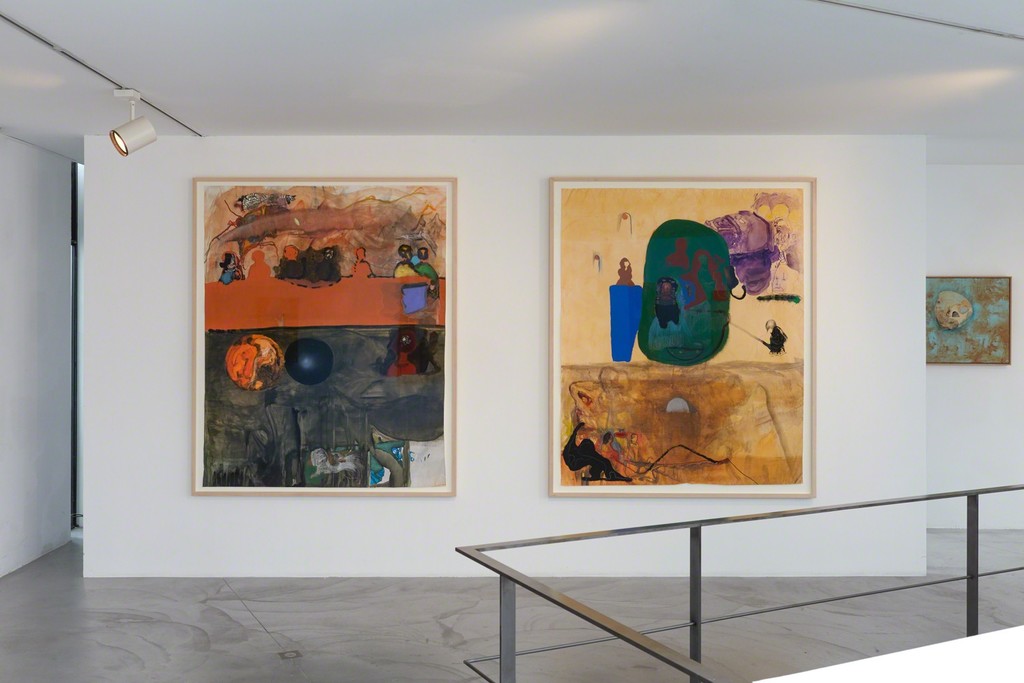 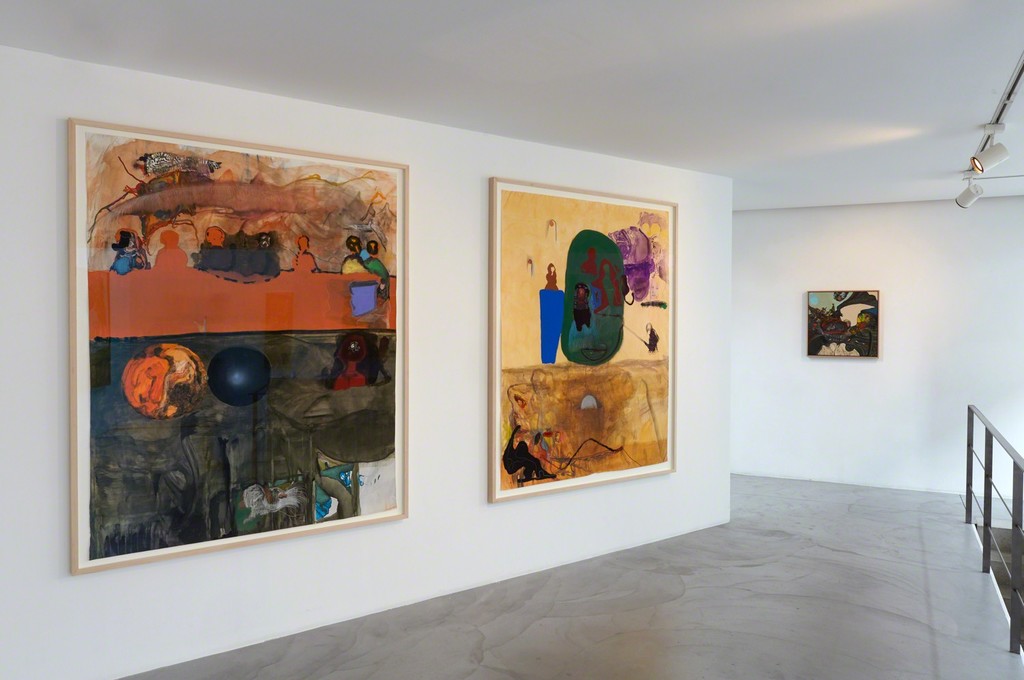 Born in Lisbon in 1966, this Portuguese painter and drawer is considered as one of the most prominent artists of his generation. Thanks to his solid academic background (he holds a Master of Fine Arts from the School of Visual Arts of New York 1997-1999 ; and was resident at the Künstlerhaus Bethanien in Berlin in 2004), Jorge Queiroz has become a double-faceted artist, following in the footsteps of classical tradition while contributing to the renewal of contemporary painting, in the wake of great 20th century painters. Because of his education in the United States and Germany, Jorge Queiroz owes his style to the German school as much as to the American and English ones. His works, which unique and profuse universe plays between abstraction and guration, is reminiscent of great artistic gures like Markus Lupertz, Per Kirkeby, and Albert Oehlen, and even Georgia O’Keeffe and Peter Doig, two proud representatives of the modern and contemporary mystic landscape along with David Hockney.
In this new exhibition entitled The mummy, the astronaut and other works, Jorge Queiroz will present about twenty exclusive artworks from which exert an obvious and communicative joy of painting. The artist’s paintbrush is generous and greedy. It swallows every inch of canvas and leaves no blank space. Paint covers it all. It ows like a cascade, climbs cliffs, dives into rock or sea faults, goes through underground networks to spurt up again and evaporate in inland lakes. Some islands emerge from these oil seas materialized by intense at tints of colors. They are like breaths enabling life to ourish in his paintings. The latter manifests itself through rare silhouettes making elusive apparitions, a bit like mirages oating in the horizon.
This human presence is somewhat reassuring. It means that the depicted nature is not hostile. Even if it is slightly rugged and damaged, life can still blossom, whether natural or fantastic. Jorge Queiroz’s paintings have multiple and varied entry points, whether aesthetic or spiritual, in the same way than Rogier van der Weyden’s and Jérôme Bosch’s medieval paintings which masterpieces have ruled over Iberian art since their arrival on the peninsula in the 16th century. Like these old masters’ religious paintings, Jorge Queiroz’s works require for the viewer to take time and observe. The contemplation they induce not only allows us to wander through the labyrinthine pathways that open before us among materials, surfaces and colors, but also to subtly slip from the earthly to the supernatural, the worldly to the spiritual, with only the help of our eyes and propensity to dream. This exploration of painting and its mysteries does require some time. This temporal dimension that infuses the artist’s painting provokes in the viewer a similar meditative state than that we feel in front of the works of Eugène Leroy (1910-2000) who, before Jorge Queiroz, has succeeded in molding the density of matter to the shape of his psyche.
Jorge Queiroz’s landscapes are characterized by a very distinctive topography, which recalls dream over reality. Walking through these imaginary reliefs, getting lost or trying to distinguish animal, mineral or vegetal forms requires an active participation of the viewer encouraged by the artist himself: «Each painting holds multiple scenes, which all refer to one moment in time or one portion of space. The dif cult thing is to nd the organizing connection, the coherence between all these heterogeneous elements. This is why, anyone who is looking at my works, has to be ready to actively engage himself. » And the exhibition itself produces such effect on the viewer since Jorge Queiroz has designed it like a « dynamic stage », where « each work lives and creates relationships with others ». This narrative weave between pieces draws on a construction that remains enigmatic to the painter himself, who explains he does not try to reach any precise goal when painting, but instead, creates in order to « answer premonitions” and “echo a calling ».
We can easily imagine Odilon Redon adopting a similar attitude back then when beginning his pieces. Like those of this symbolist painter from the 19th century, Jorge Queiroz’s paintings are tinted with a mysterious poetry that sparks melancholia. His works also show a similar chromatic boldness and a Dionysian relationship to painting. The profusion of details and the fantastic dimension that de nes Jorge Queiroz’s universe undoubtedly evoke irrationality and exhilaration. However, in order to reach ful llment, the artist needs to search for a certain balance between formal and spiritual elements. Based on his philosophical tale on The Birth of Tragedy (1872), Friedrich Nietzsche would have assimilated this desire for order and stability to the Apollonian part of Jorge Queiroz’s work. Like the Greek tragedians before him, the artistic quest of the Portuguese painter seems to stand between the two contrary forces of chaos and harmony.