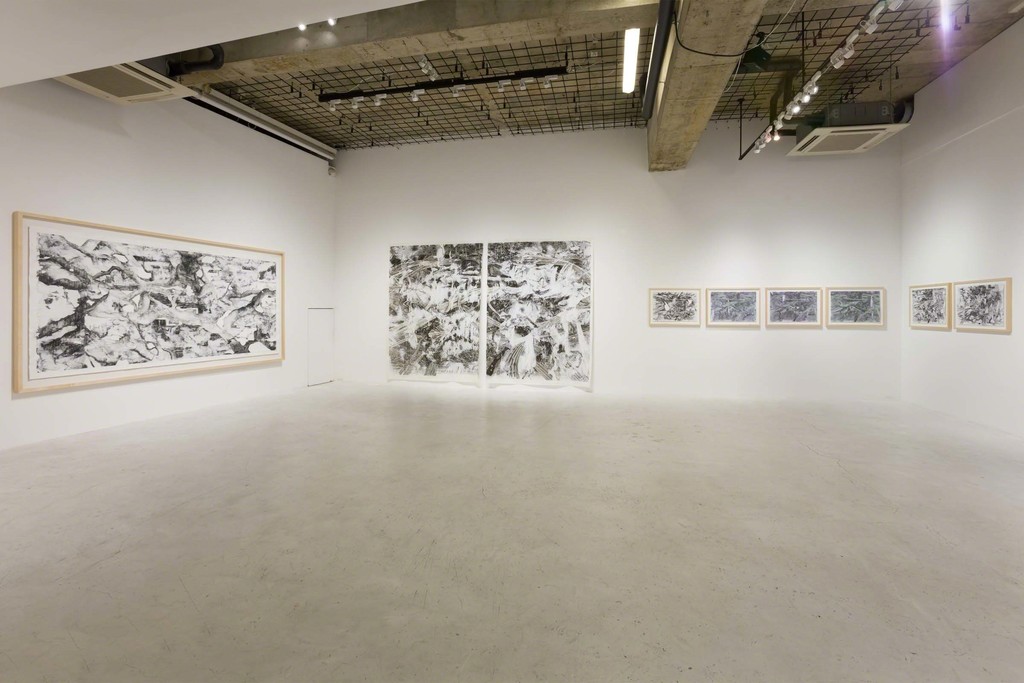 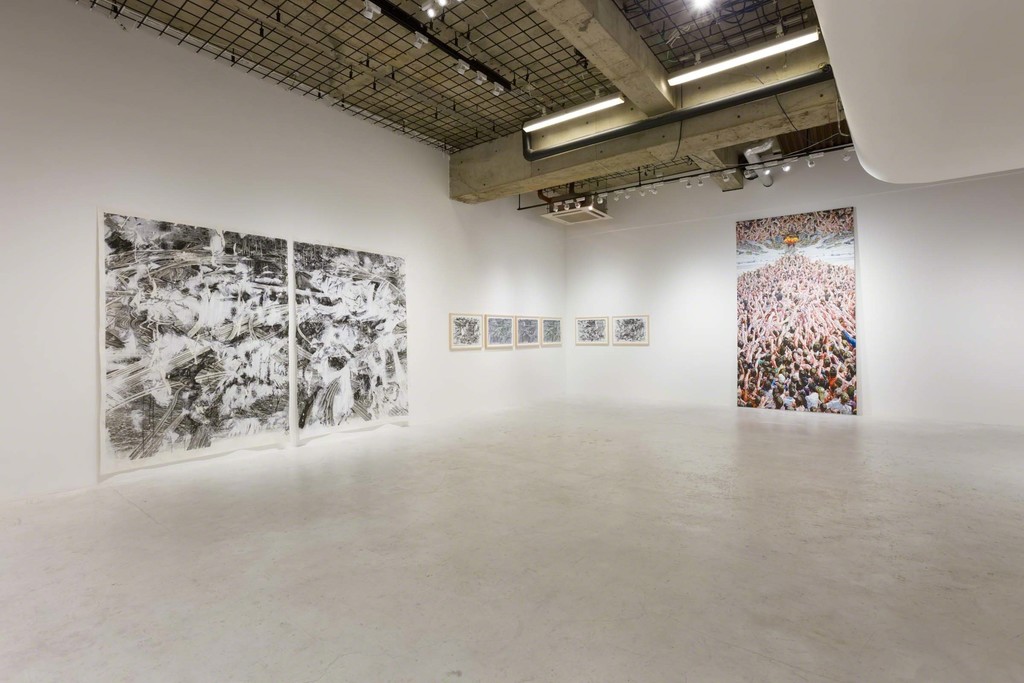 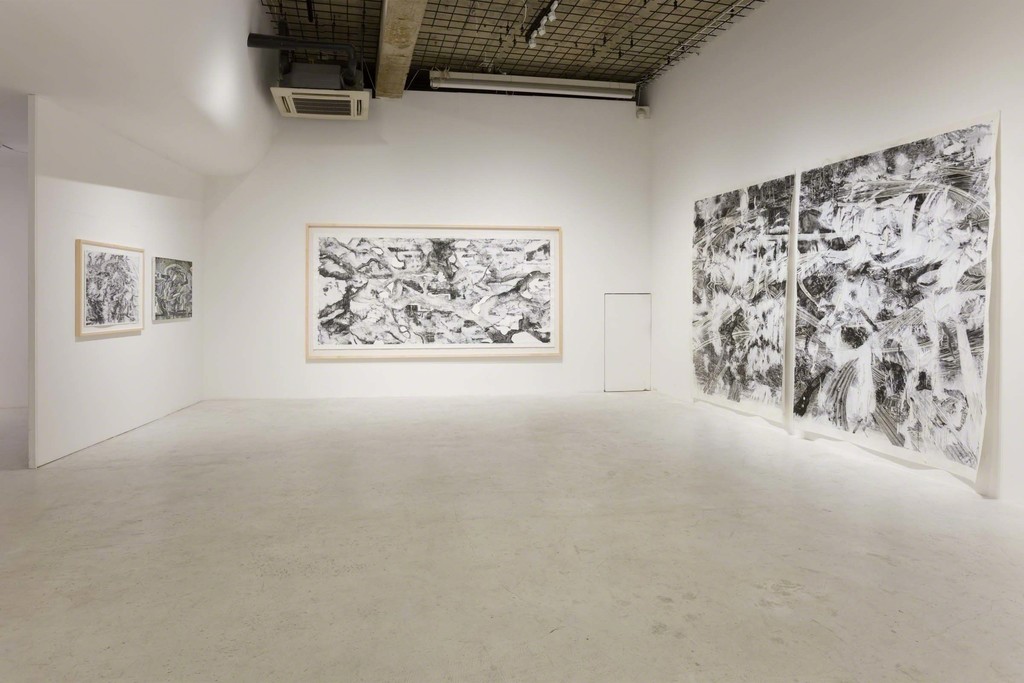 nca | nichido contemporary art is pleased to present a solo exhibition of new works by Korean Artist, Jin Meyerson
Jin Meyerson extracts images from TV, the Internet and various media sources and reconstructs them with complex weaves of personal stories to form paintings. In his first solo exhibition in Japan he here presents his latest ongoing series of work. In this series he takes monoprints on paper directly from paintings and by building up the layers of the support, the paper itself, he creates erased areas of the image. This unique process has taken over two years to develop from conception to realization. As the print is peeled away from the surface of the painting there emerges an organic, marbling effect, culminating in a unique sense of expression filled with fragile detail.

How should we understand the meaning of painting here, as framed by the very definition of a painter? If we look to art history we may observe that the work of Meyerson is positioned within the legacy of modern painting which extends from the 19th century onwards, yet just how such modern painting should be grasped still remains allusive. It is this very allusiveness which generates renewed questioning as to the clarity of the very term “painting”. Much may be discussed upon the differences of motif and style, but just how modernism has shaken the seemingly unwavering structure of painting in its plane form continues in its ambiguity. The word of painter, guides the meaning of painting, how should we understand? On this occasion, however, it is not the paintings, which Meyerson is so well known for, which are on show, but rather works on paper. But while the support changes, the same motif persists in the form of highway interchanges.
In both cases, the image which appears upon the canvas, and that which appears upon the paper, follow the same path by taking reality and abstracting it to form an icon (or symbol), and therefore they might be classified together in the way each creates a completed world within a single surface. Yet on observation we may determine a particular divergence between the two set of works, but where does this difference stem from? Whilst they both depict the same motif, the image worked out in oil paint upon canvas has a certain determined authority in its clarity of surface. As the name “support” suggests, the canvas supports the oil paint with a distinction of border between one and the other, but paper, on the other hand, allows a seepage into its very structure, in a process which might be likened to that of tattooing from which the final image is born. In this way, although the paper is said to function as a support, it is also appears as part of the picture itself. Of course, there exist various paintings which, like that of Blinky Palermo’s “Fabric Paintings”, deliberately leave the canvas blank, converting the fabric into the work itself (using bleaching techniques etc) but this must be understood as trying to modify the very structure of painting.
The work of Meyerson which incorporates paper as its material, goes beyond oil painting coming to directly trace the very impression of the artist’s body. If we place the action of mark making on paper on a par with carving into the paper itself then this feature becomes quite clear. At the same time, if we examine the emergence of the digital image, and the development of new technology such as the inkjet printer which outputs this image, we come across a technology which mediates between the simple paper and the body itself, guiding the image towards a new state in which any direct point of contact is removed. Meyerson’s combination of these techniques brings painting and print making to a new level as it builds on the numerous transitions of two dimensional work which span from the media specificity which emerged in modern painting from the 19th century to the trends of mixed media.