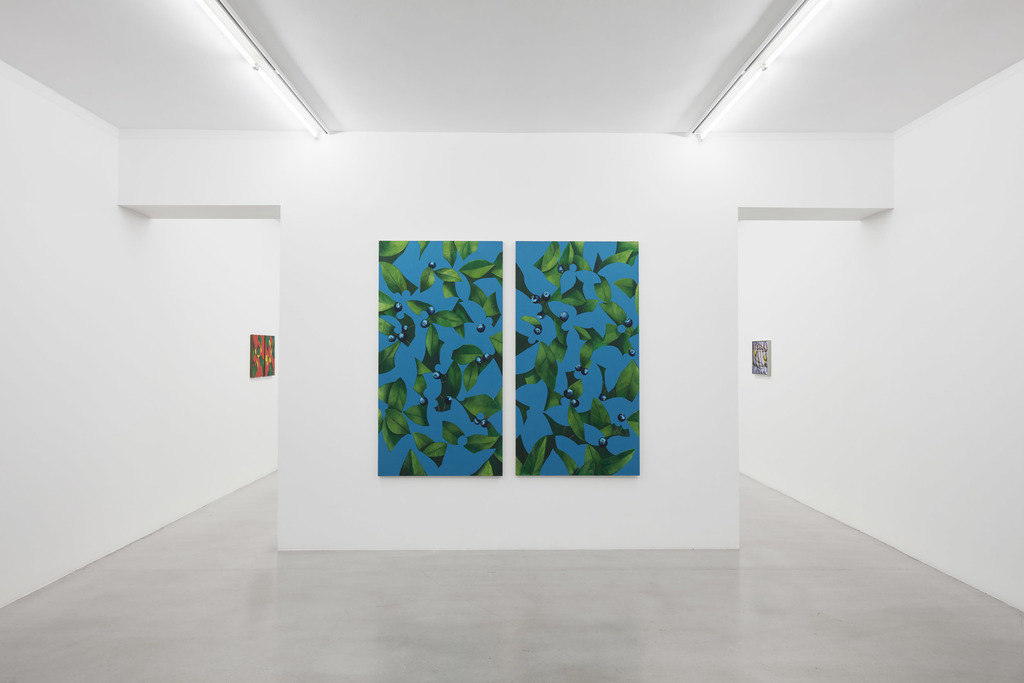 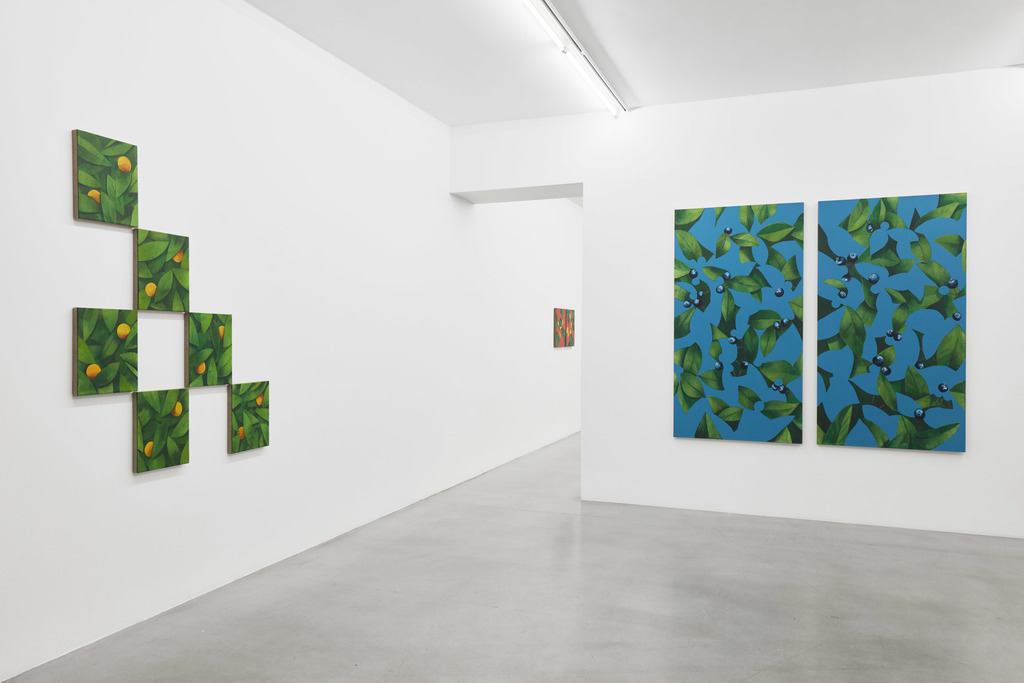 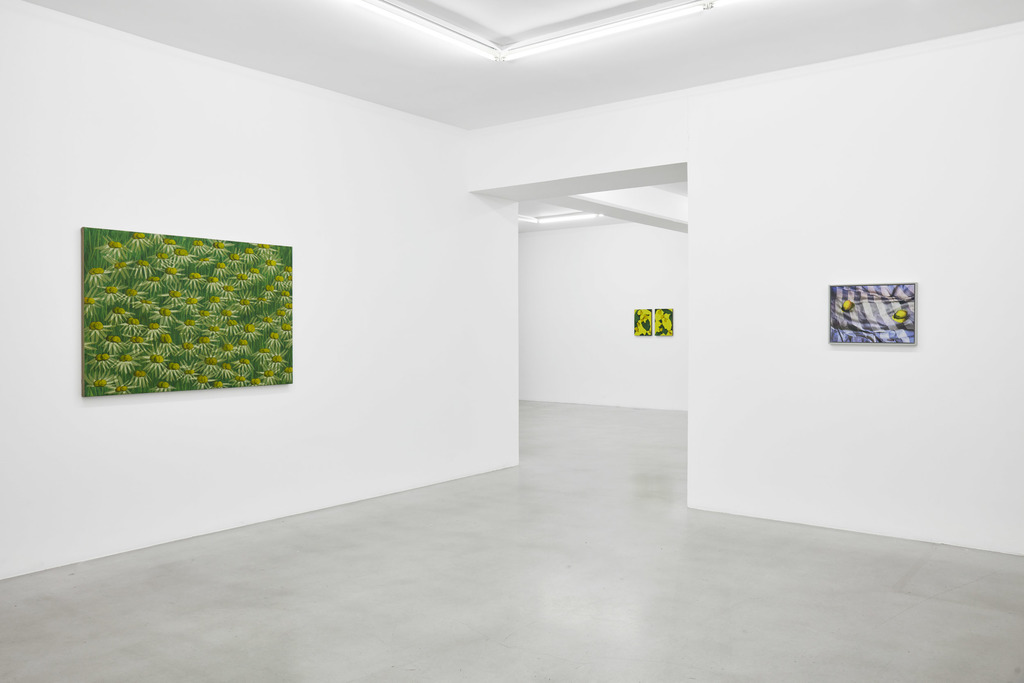 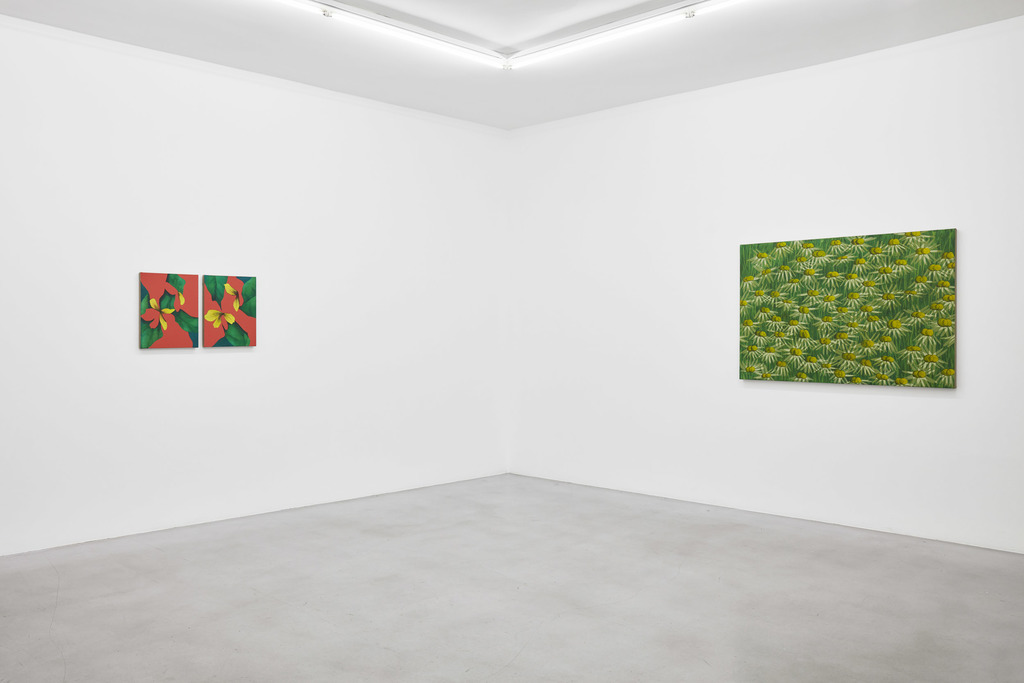 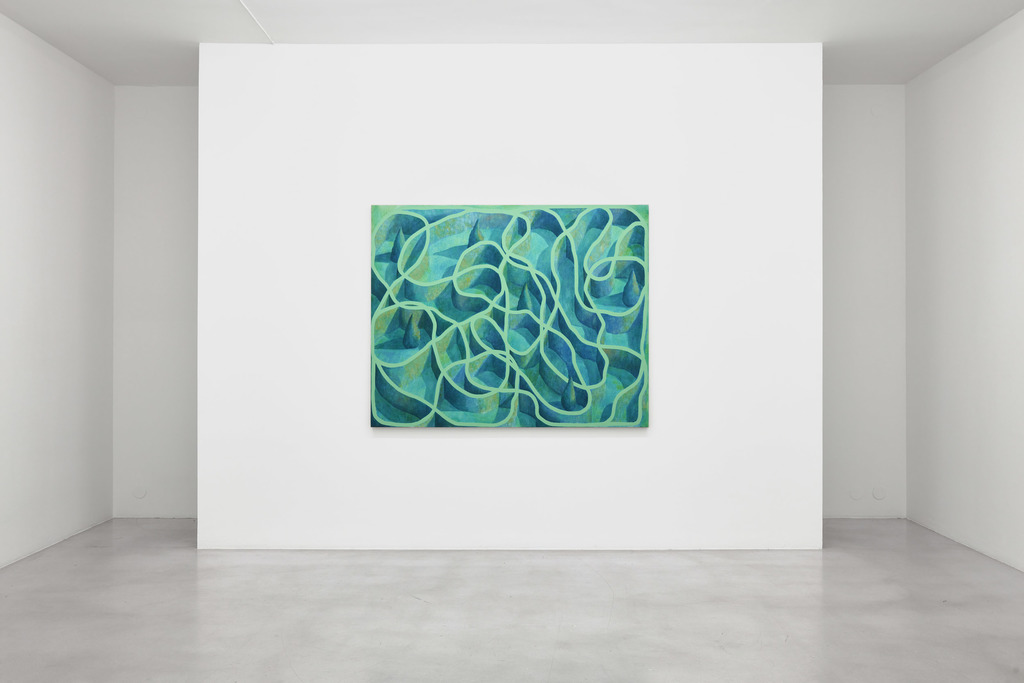 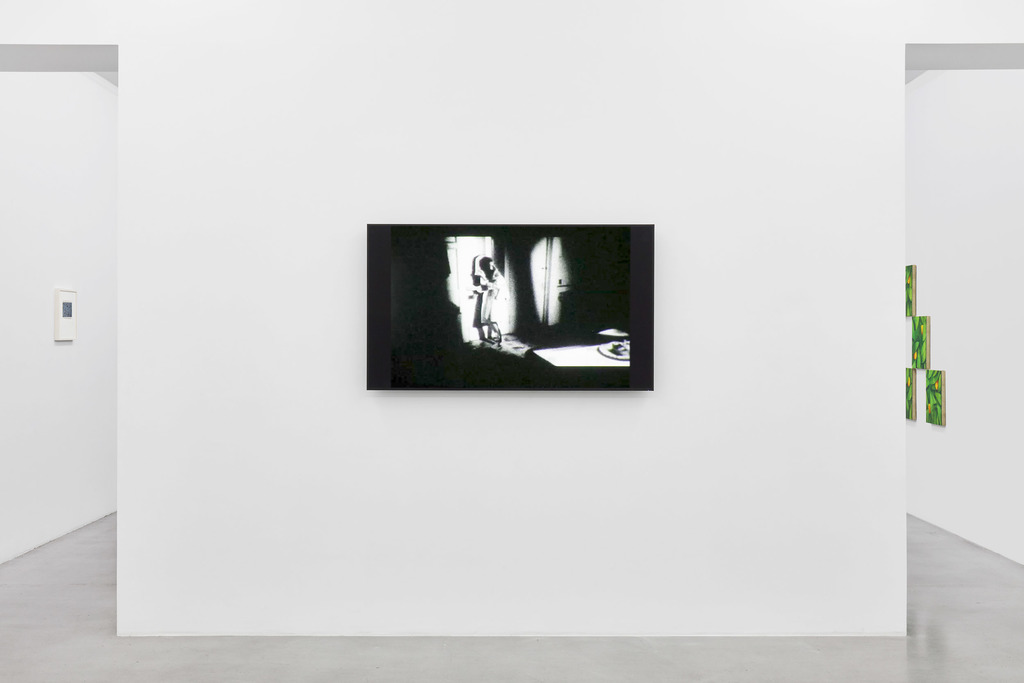 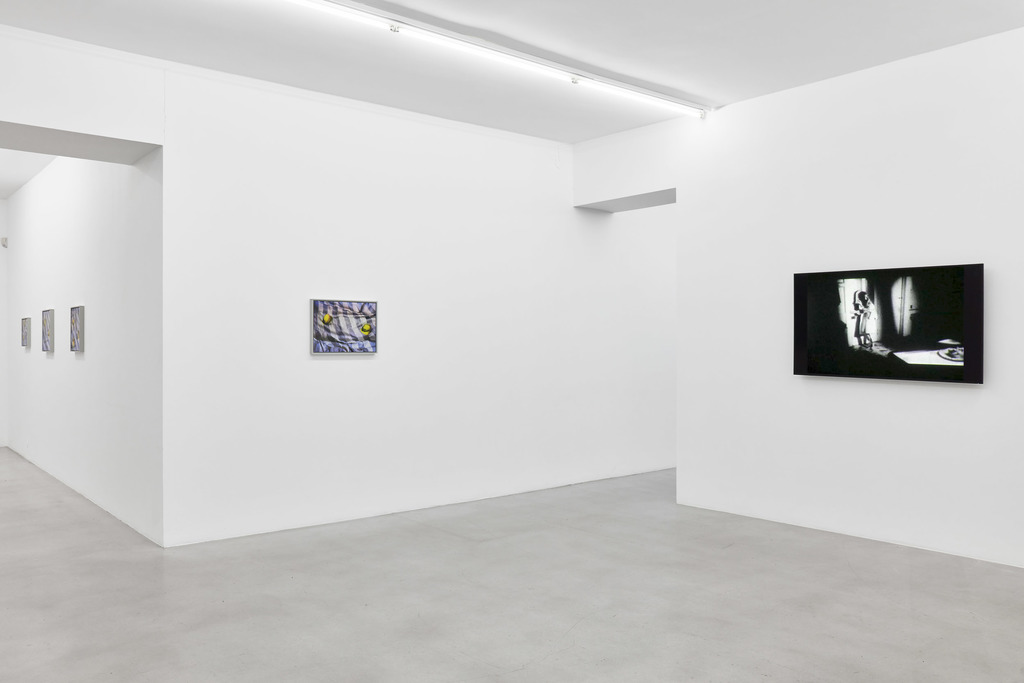 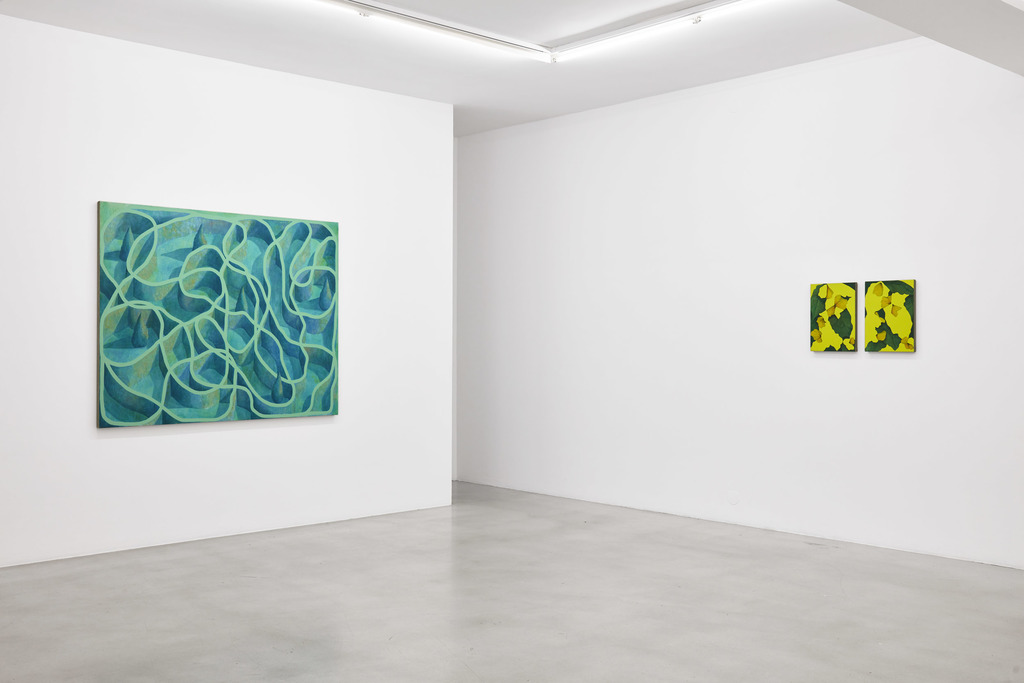 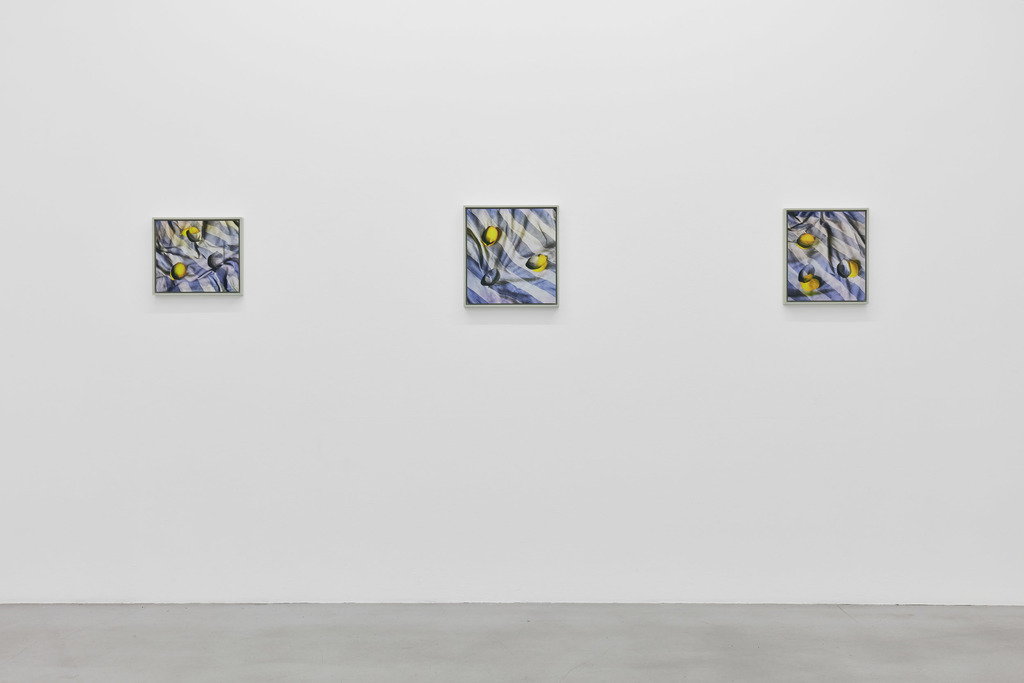 Mrozowski is perhaps best known for his serial paintings and oil stick drawings of flora and fauna motifs. He sources unremarkable and ubiquitous images of orange trees, berry bushes, parrots, dogs and garden-variety birds from magazines and books, then complicates the initial reading of the archetypal forms using pattern and repetition to disrupt pictorial space.

His approach is witty, closely linked to linguistics and word games like tongue-twisters, palindromes and spoonerisms. Like a painterly George Perec he uses classification and play within the set constrains of his motif series. Working with binary oppositions like background and foreground, flatness and depth, presence and absence, the flat plane of the linen becomes a stage for his taxonomy of forms.

His “orange” paintings evoke Rousseau and William Morris in hybrid collaboration. The rudimentary orange orbs nestle in their surrounding lush leaves in an above/below interplay, arranged in a diagonal grid suggesting a pattern that can repeat beyond the canvas indefinitely. In his Topiary paintings impossible, enclosed labyrinths are rendered in nuances of green on green. In Pair, a blueberry bush for example is depicted in diptych format, each side inversely alternating between fields of painted shrubbery and blank space. A kind of notional stereoscopic image, the motif resolves only if one panel could overlay the other.

In this exhibition Mrozowski introduces photographic works to further explore his interest in depth perception and visual planes. In a series of baffling still-life scenes the eye struggles to consolidate the off-register topography of a couple of lemons on striped cloth. Made in a process of layered photographic documentation and subsequent projection, objects and their phantoms coexist in disharmony.

In a similar vein, Mrozowski revisits his video work from 2011, Palimpsest. Inspired by the definition of a palimpsest, in which a document is overwritten but continues to bear the traces of its origins, Mrozowski creates a cinematic Möbius strip by doctoring a scene from George A. Romero’s 1968 cult horror movie, Night of the Living Dead. In the short video loop the figure of a character furtively searching through a farmhouse has been removed frame by frame while the resulting void is filled with same scene played in reverse, creating an impossible dramaturgy in which the figure passes through herself over and over again.