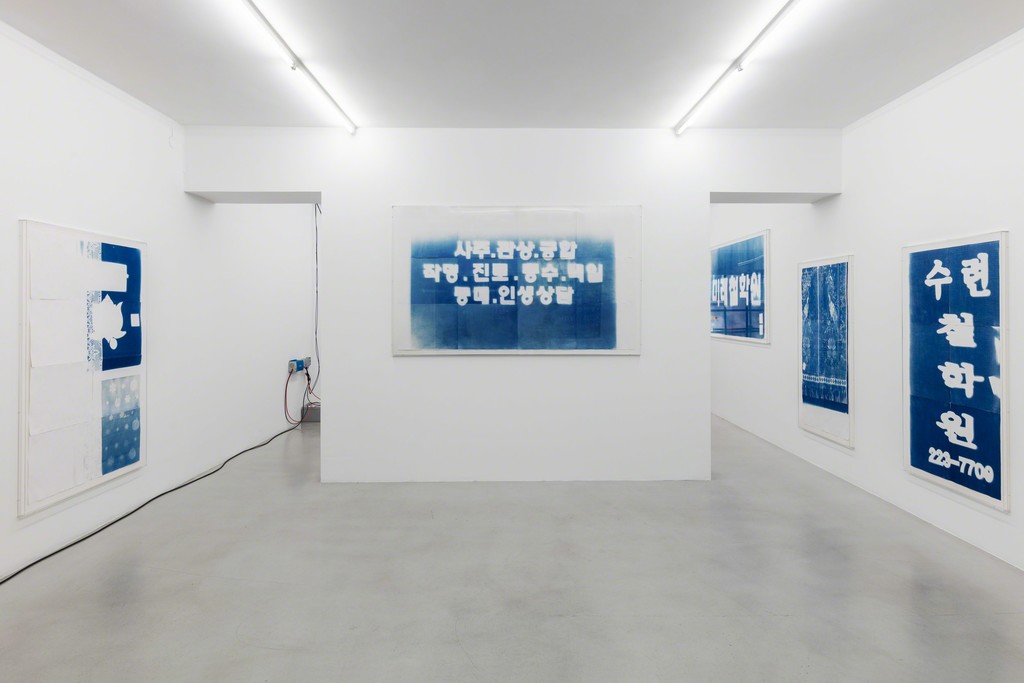 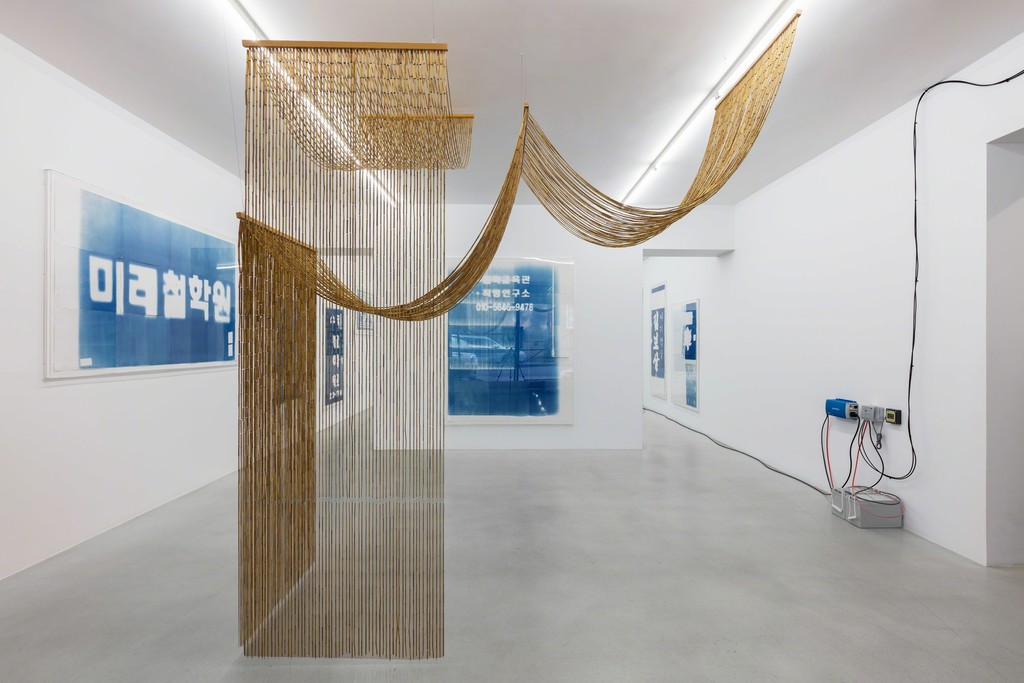 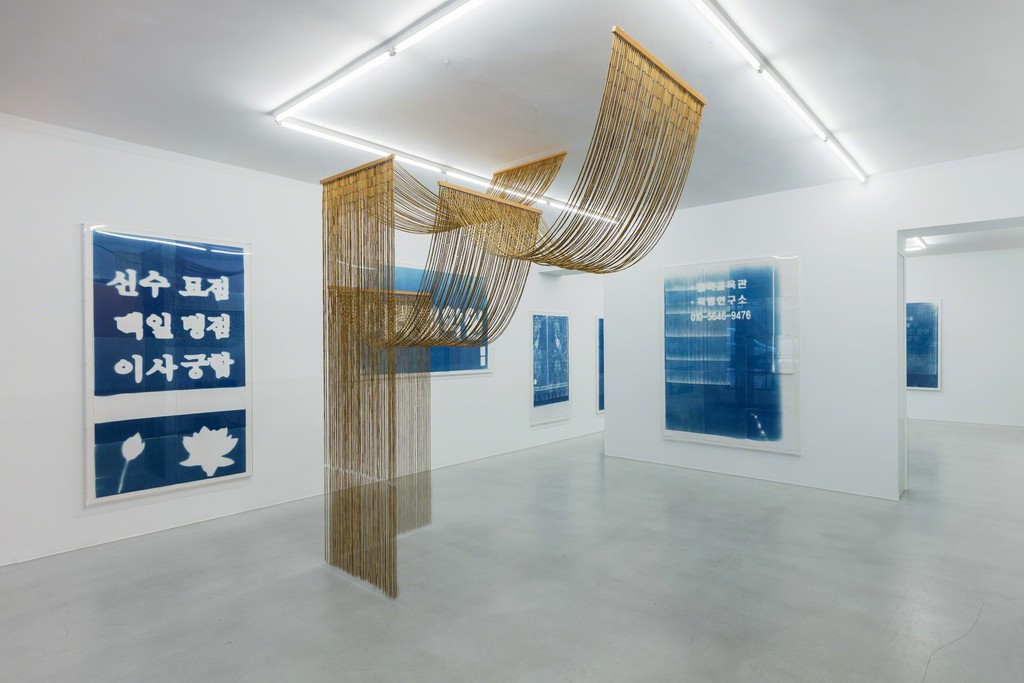 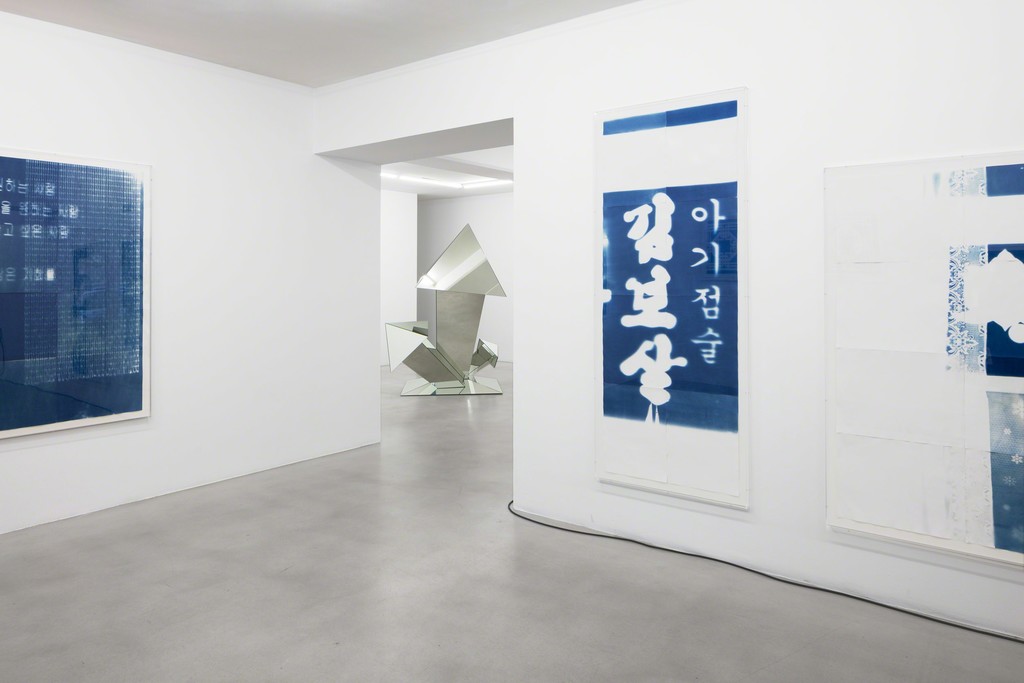 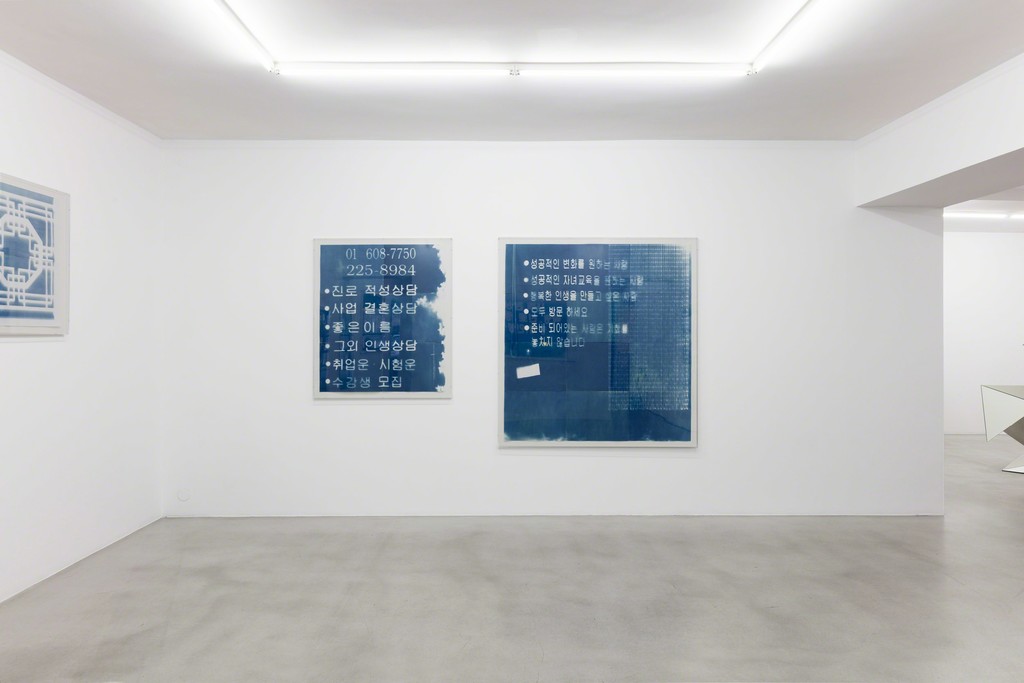 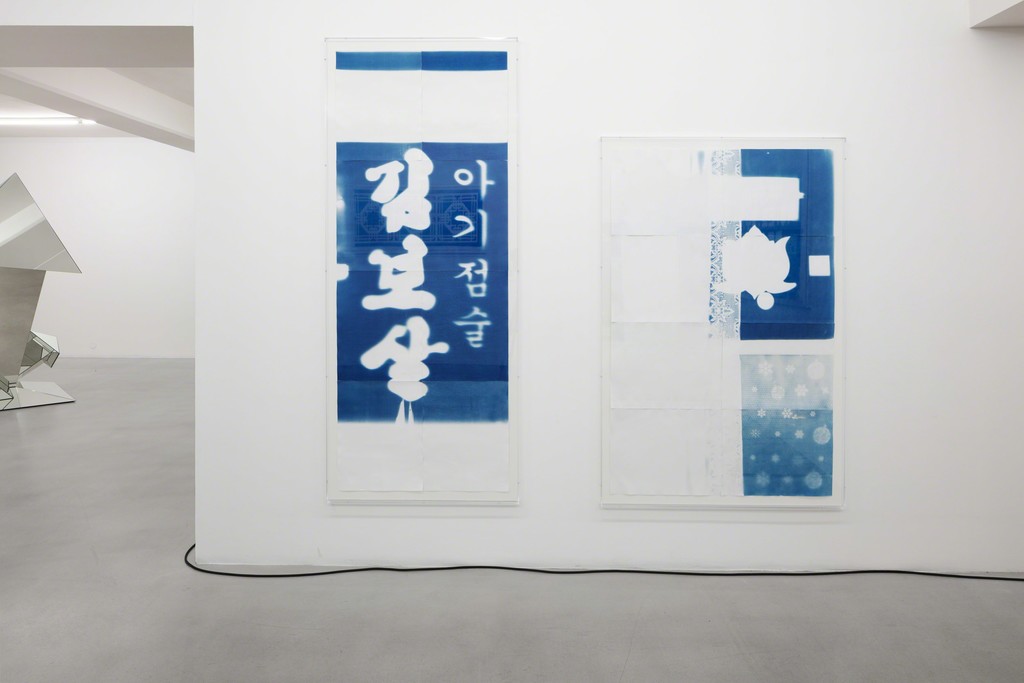 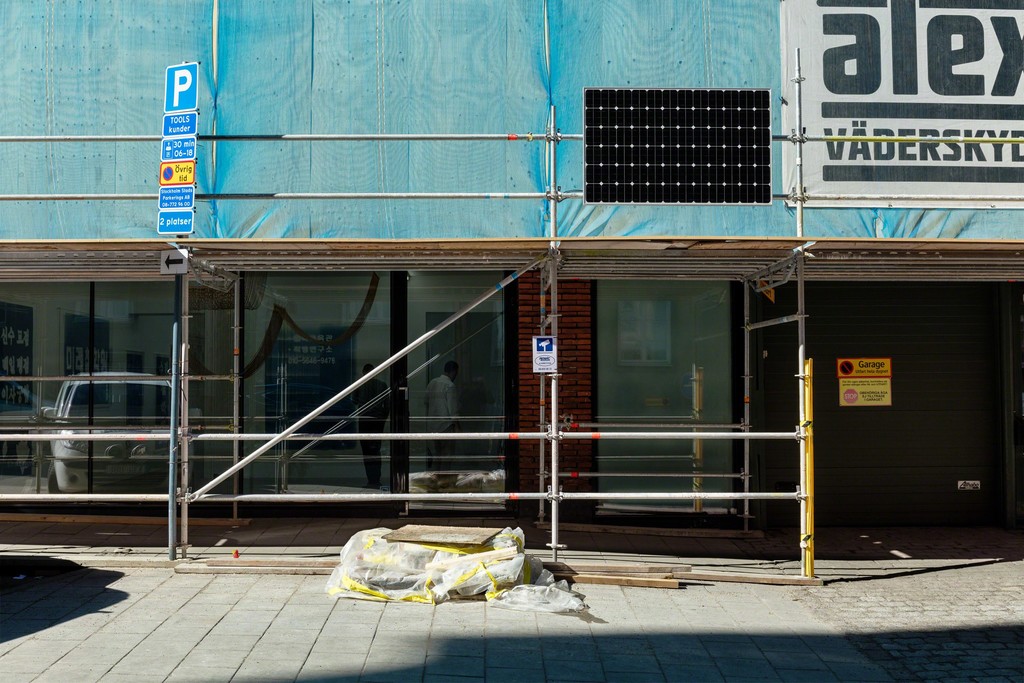 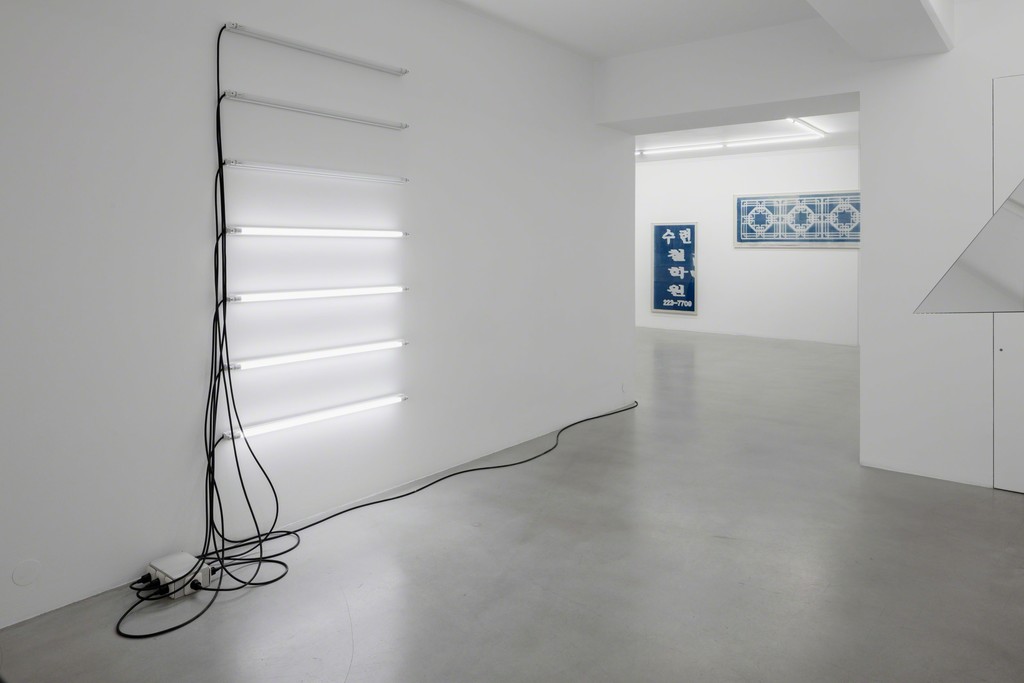 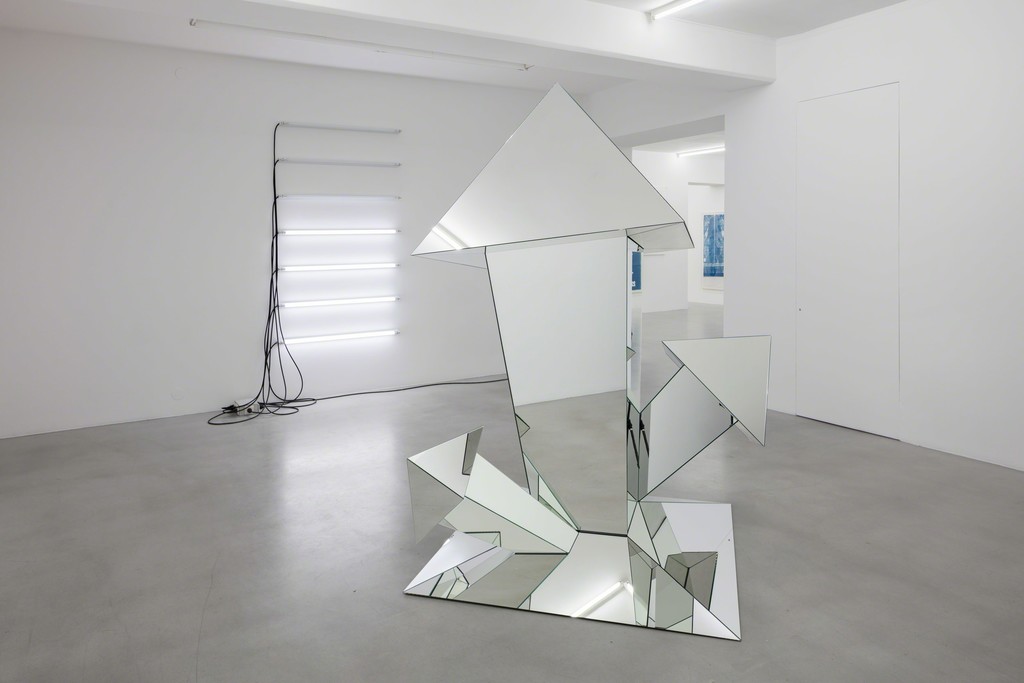 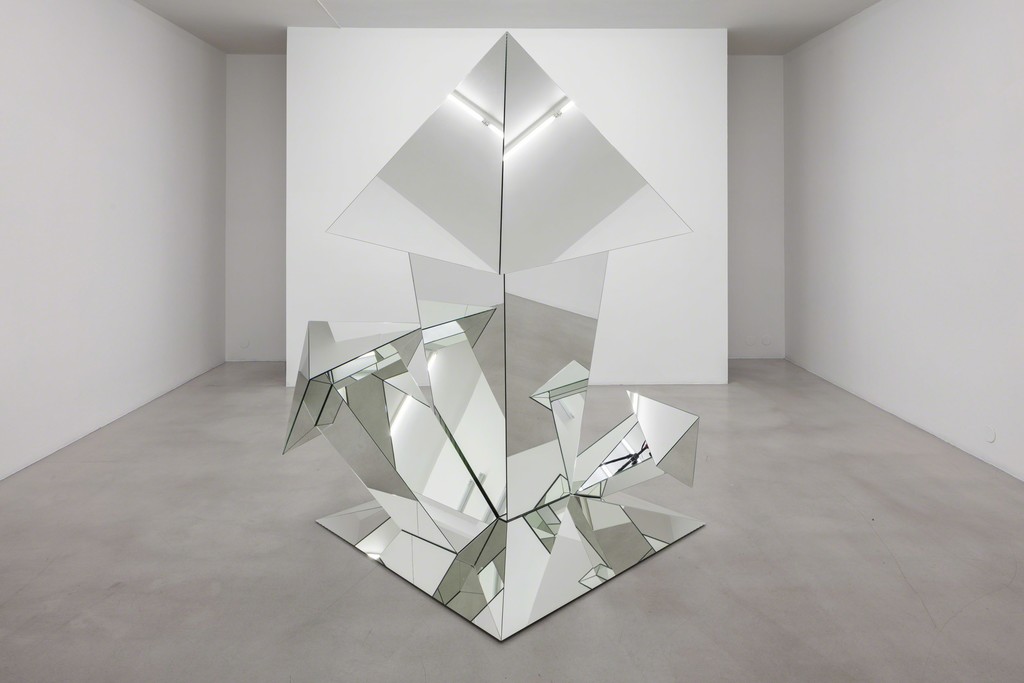 Gunilla Klingberg’s new exhibition at Galerie Nordenhake takes its title from a passage in the collection of ruminative and evocative essays on cultural politics and ideologies When the Moon Waxes Red written by Vietnamese filmmaker and literary theorist Trinh T Minh - Ha. The statement “When stillness culminates, there is movement” connects to Klingberg’s enduring interest in themes such as transformation, energy and loops.
Klingberg is known for exploring the viral aspects of visual language in our everyday lives. Using generic symbols, signs and repetition she alludes to the otherwise invisible transcendental and spiritual patterns in our daily routines. Klingberg’s previous focus on cosmic forces such as lunar phases, tidal rhythms and terrestrial energy lines, here takes form in captured drawn-out moments generated by the earth’s cyclical exposure to the sun.
The core of the exhibition developed out of Klingberg’s site visits to South Korea in connection to her participation in the 11th Gwangju Biennale 2016, The Eighth Climate (What does art do?) and was exhibited in a museum located in the Mudeungsan Mountain. For her participation in the biennial she researched Pungsu, the Korean form of geomancy, a spiritual ecological science used to determine auspicious sites for both the private realm as well as the development of urban planning.
In Gwangju Klingberg applied light sensitive paper inside the glass doors and windows of traditional fortune-tellers’ storefronts. Exposed gradually to sunlight the series of cyanotypes, titled Sun Prints, reproduce in full scale the window apertures and carry on them the signage, patterns of the blinds and hangings of the establishments they were exposed within. The fortune-tellers' shops, while part of the mundane urban landscape, simultaneously contain spaces that deal with other times and possibilities. The windows act as membranes between outside and inside, the knowable and the potential, the rational and the intuitive. Captured over a long period of exposure, ranging from an hour to a whole day, the Sun Prints suggest portals in time and space.
In the first room of the exhibition, surrounded by Sun Prints, hangs When stillness culminates, there is movement, a flowing sculpture constructed out of bamboo bead blinds. The screens both reveal and obscure, defining a semi-transparent architecture. Hanging, they fall in waves from ceiling to floor, creating liminal spaces while constituting a self-contained sculptural form.
The sun re-emerges deeper in the gallery in the work ReCharge - a bank of 7 LED tube lamps powered from batteries charged by solar panels on the facade of the building. During the course of the day each of the lamps is activated relating to the energy accumulated from the sun, culminating in a fully charged bank at the end of the day. This self-sufficient battery indicator has no other function than communicating its own status in an ongoing loop of charge and display.
The light from the solar powered lamps illuminates the imposing sculpture Exit that stands as if erupting from the ground in a fractal expansion. Despite its volume the mirror-surfaced cluster of 3D arrows splinters its surroundings in angular reflections like a cloaking device.
Klingberg’s focus on interrelationships rather than polarity between traditional and contemporary, inside and outside, stillness and movement, the concrete and the ethereal, connects back to Trinh T Minh - Ha’s text in which the author eschews the binary version of position and opposition. Both author and artist instead advocate a more complex and fluid stance which reflects a liminal and shifting existence.