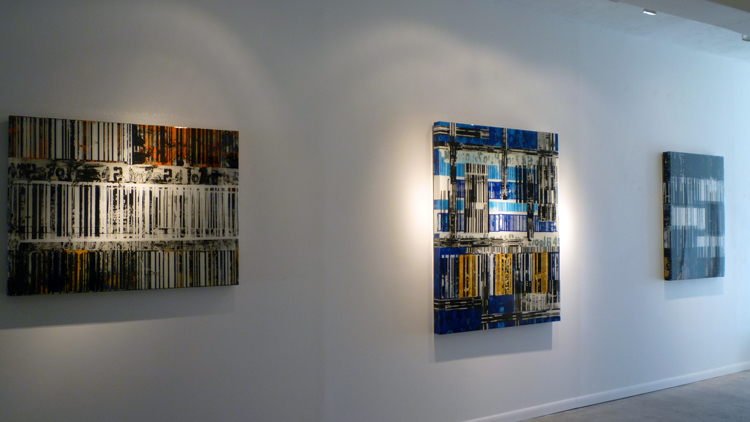 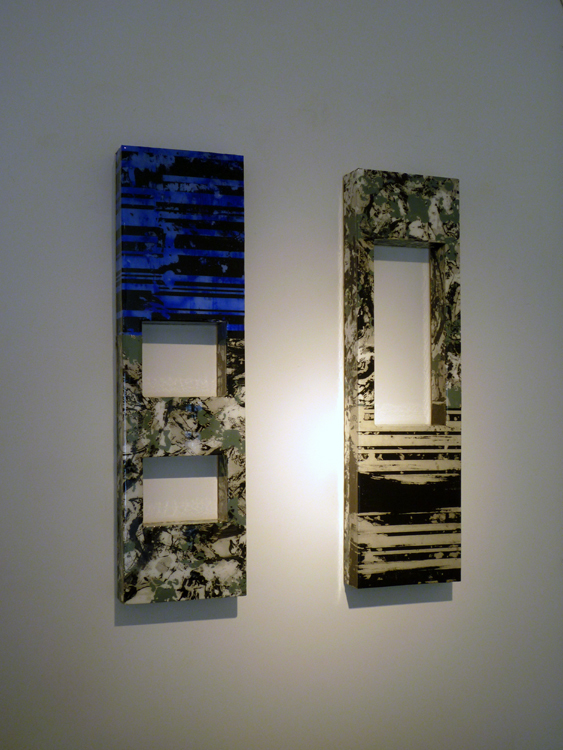 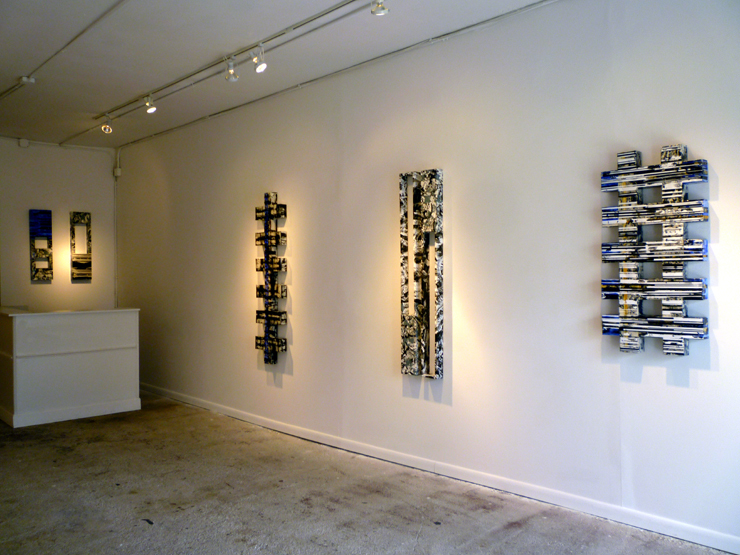 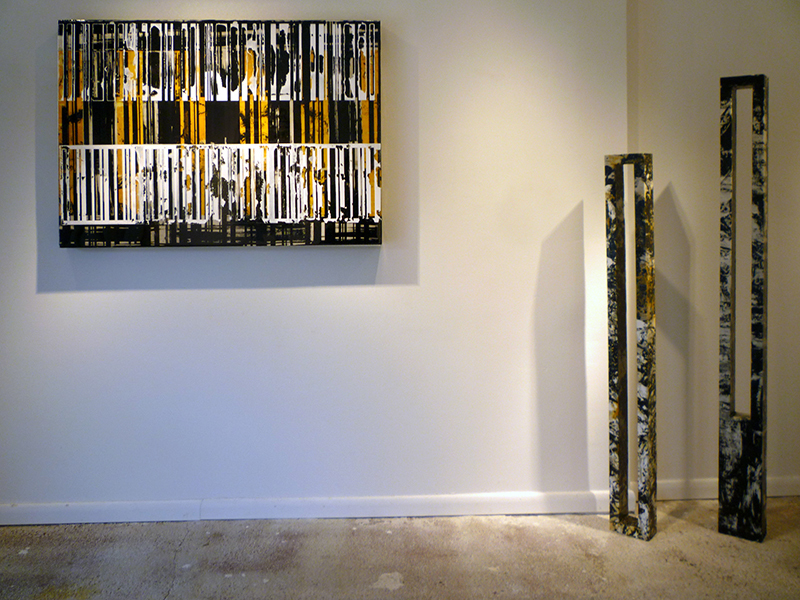 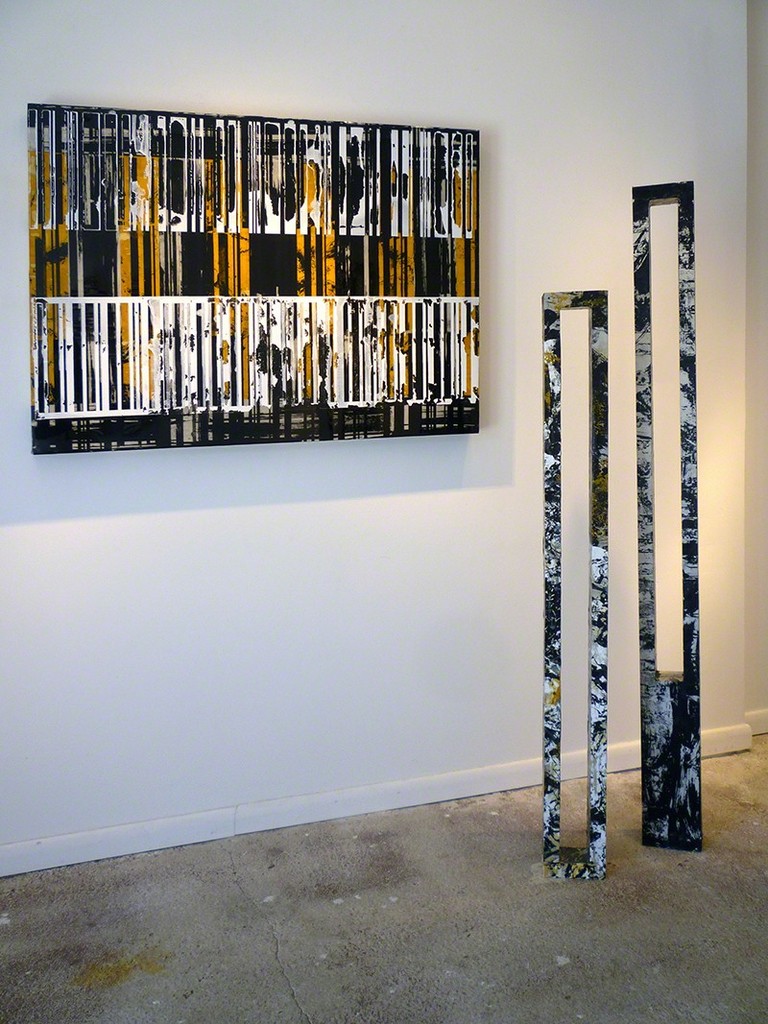 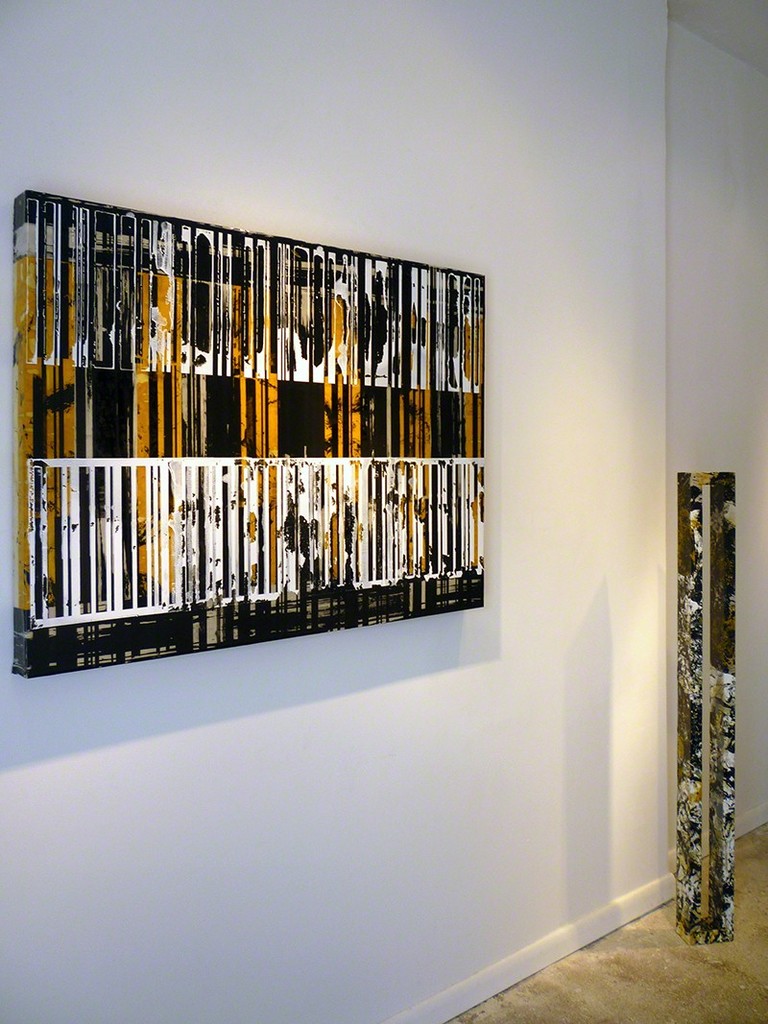 “Barcode” is a chapter in the ongoing series called "Urban D-construction" (2009-2012). With his mixed media works the artist offers a specific perspective on the dizzying shifts between man and machine that he describes as “revved up minimalism” – minimal palette of colors that never mix; and a use of very simple elements multiplied in a very intense repetitive manner.

Jorge Enrique has, for some time now, moved beyond the standard painting format, blurring the line between painting and sculpture. He plays with the thickness of the frames, and cuts holes through the canvases to expose open spaces.

His desire to blur the lines between these two mediums has resulted in objects of art that are neither painting nor sculpture, but three- dimensional evocations of both formats.

These objects occupy a central place in Enrique’s artistic process. It is as if his approach to painting needed to change, in order for these objects to reflect the irregular surfaces and shapes of his everyday urban environment.