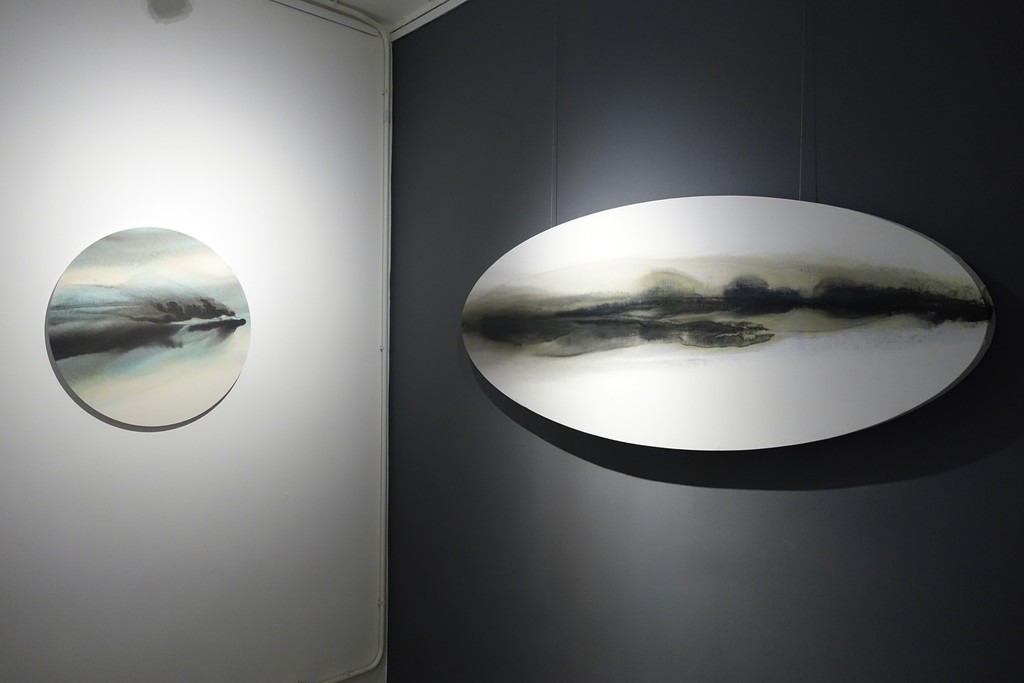 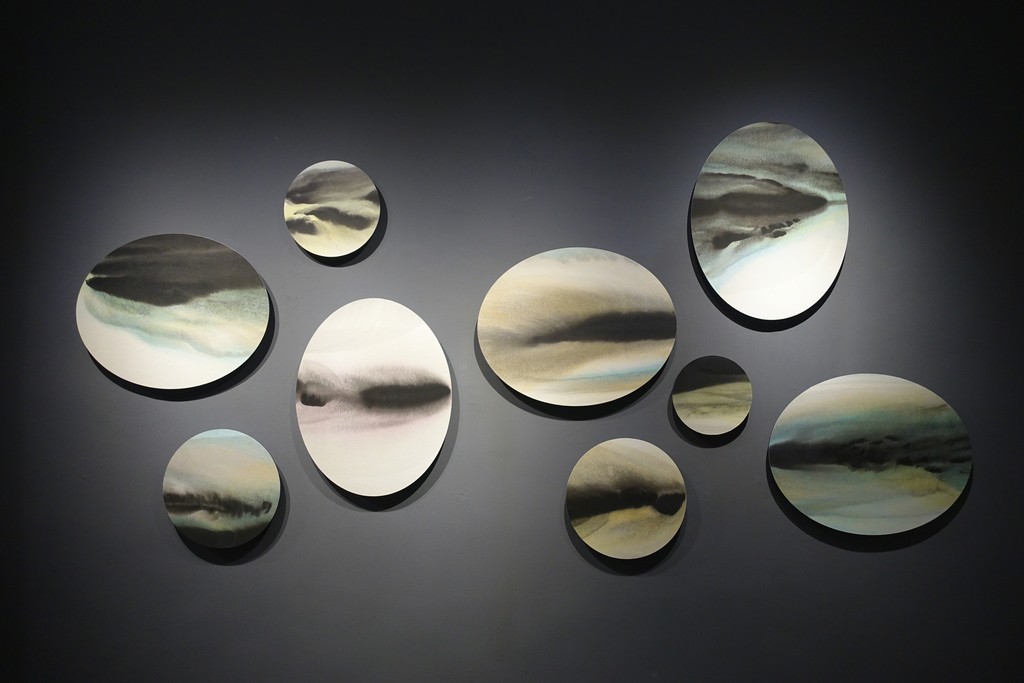 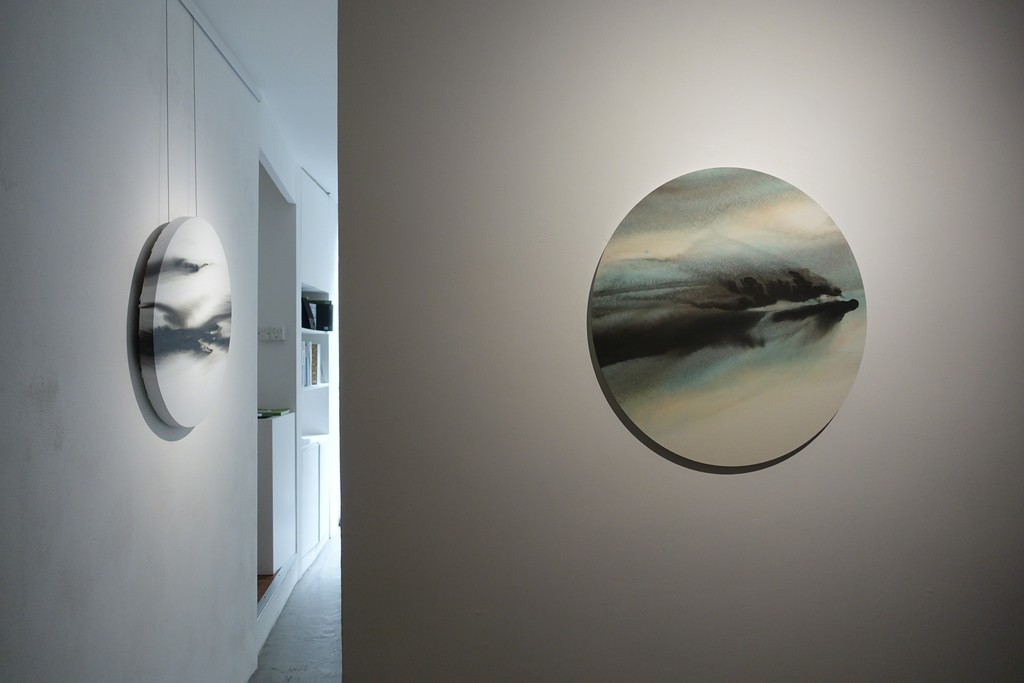 Galerie Ora-Ora proudly presents
"Inkality" by Cindy Ng
(Hong Kong – 16 April 2015)
After a successful solo exhibition in 2013, Galerie Ora-Ora is delighted to welcome back Cindy Ng Sio Ieng for a new exhibition, ‘Inkality’, this April. For the past two years, Ng’s works have travelled the globe, exhibiting at major cities such as Beijing, Macau, Taipei, New York and more. Her worldly experiences have further inspired her latest artworks as she introduces newfound elements into her abstract landscapes. The exhibition not only is a great opportunity to get a glimpse of her latest creations, but also to appreciate the essence of ink in a carefree yet distinctive way.
With a bicultural background, since her early years, Ng was exposed to the busy metropolitan lifestyle of Hong Kong and Macau’s tranquil environment, which have influenced her attitude and unique expression of art. Her travels and worldly experiences should also be credited for her boundless creativity. With a period of study in London in the early 1990s, and later, a relocation to Taipei and now currently Beijing, the cultural changes have widened her scope in various ink experimentations.
From Ng’s artworks, one can see how she is drawn to the formlessness of ink and the chemistry between ink and its recipient media, from xuan paper, to canvas and video. She wishes to explore how this form of ancient culture can be revolutionised, transcending traditional black and white into a unique contemporary expression. Ng’s art is not restricted by traditions which differentiates her from others. With the use of a diverse range of media, such as everyday familiar object like soya sauce, milk, beer and other beverages, this reveals her exuberant creativity as she moves away from traditional ink and brushwork.
Known for her originality and imagination, Ng cleverly forms poetic compositions purposely creating negative spaces in-between the floating ink. The intertwinement between pitch-black and milky-white creates a sense of depth, feelings that range from peacefulness and uncertainty, and from loneliness to serenity. She ingeniously manipulates what is available in her hands and transforms traditional grand mountains, flowing rivers and magical clouds into simple, but astonishing abstract landscapes.
A multidisciplinary artist, Ng’s artworks breakthrough the boundaries of ink on paper, and into the realm of video and performance art. At this’s year Art Central Hong Kong, Ng orchestrated a live performance, ‘Ink in Motion’, a collaborative video work with live dance and music. The result is an interactive experience where audiences are able to follow her mind’s creative process, revealing her distinctive techniques and subtle transformations otherwise unknown to the world. Likewise, in Ng’s latest video ‘Inkwalk 1501’, the strong yet subtle visual tensions created, not only can be seen as a reflection of the artist’s state of mind, but also offers visual and mental comfort. With this exhibition, Ng would like to invite the audiences not only to step into her world and be captivated by the imageries created, but also re-examine the relationship and interaction between human and nature.