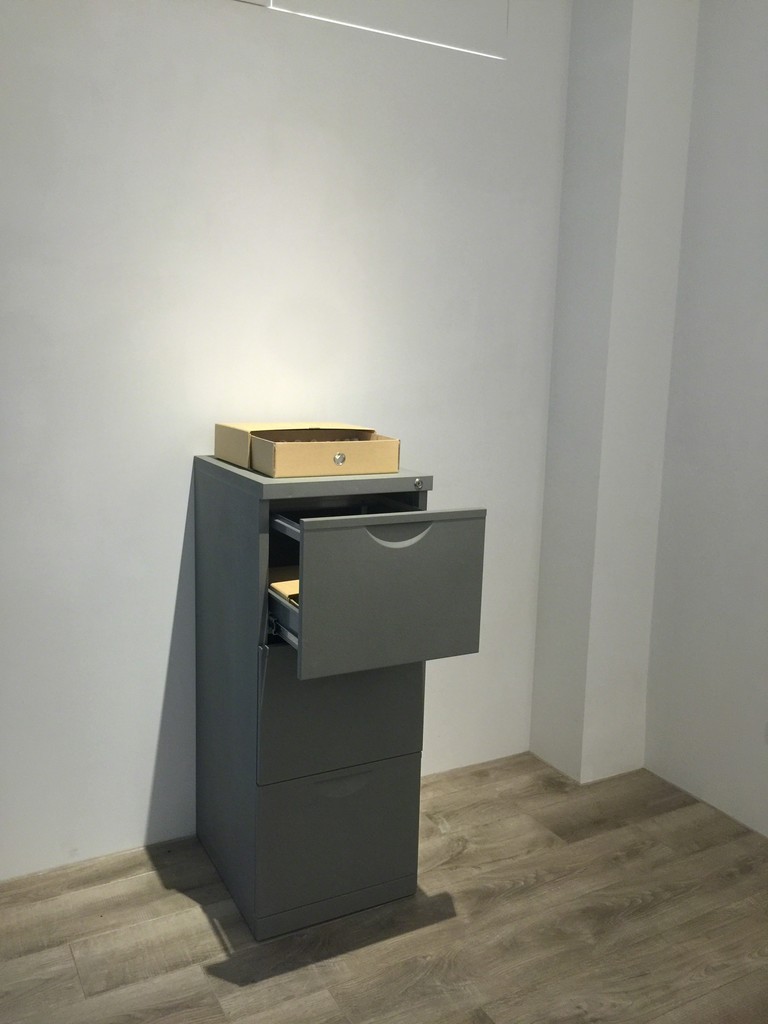 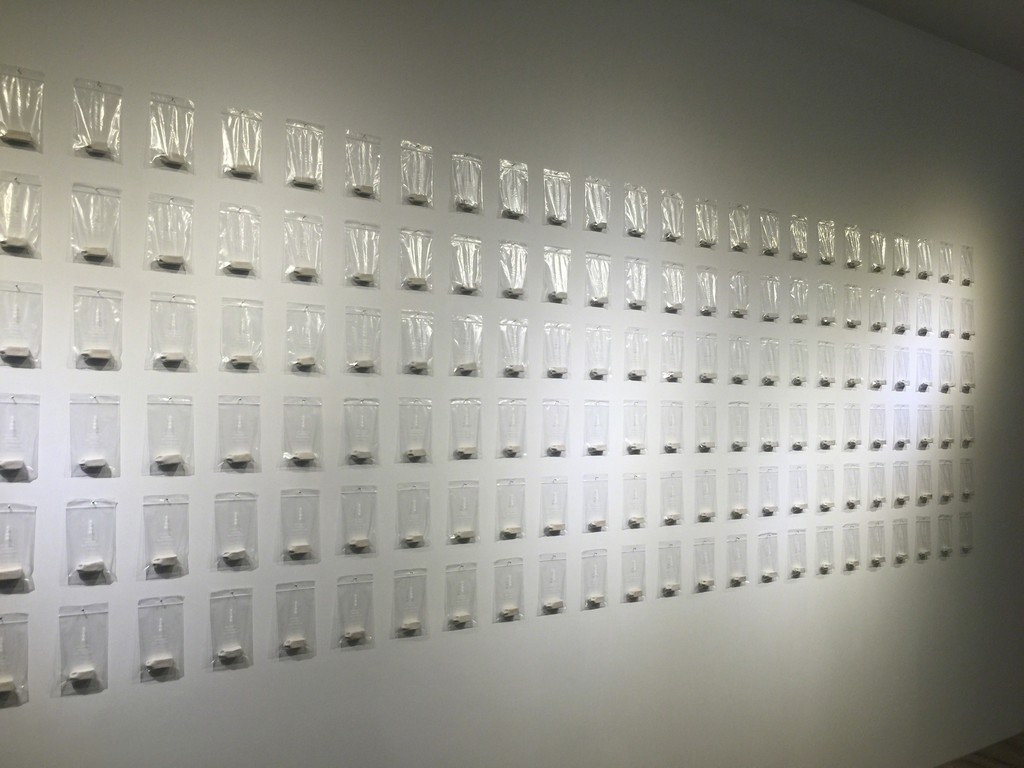 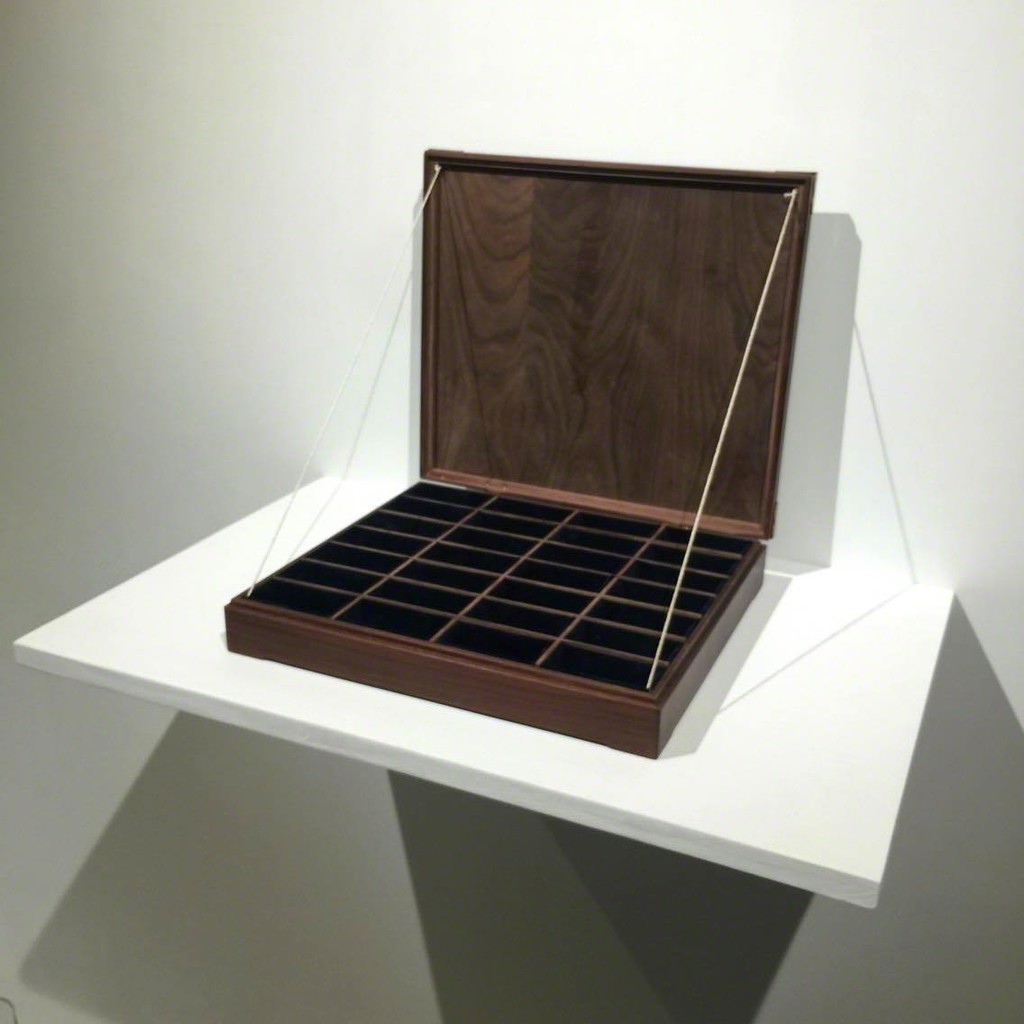 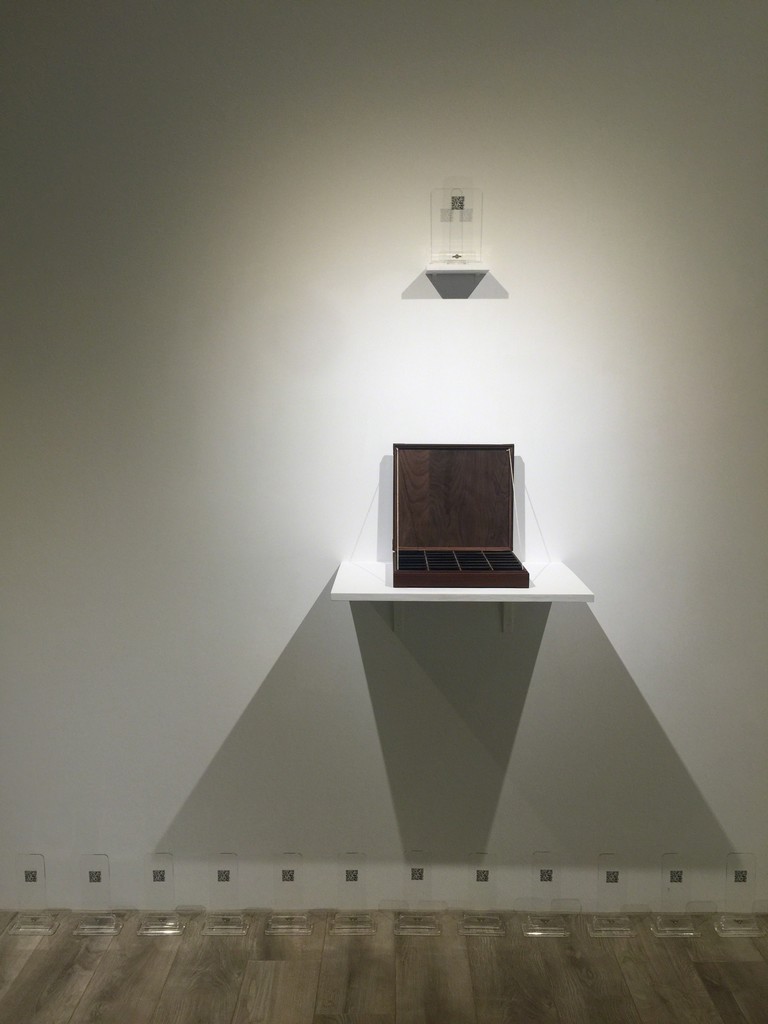 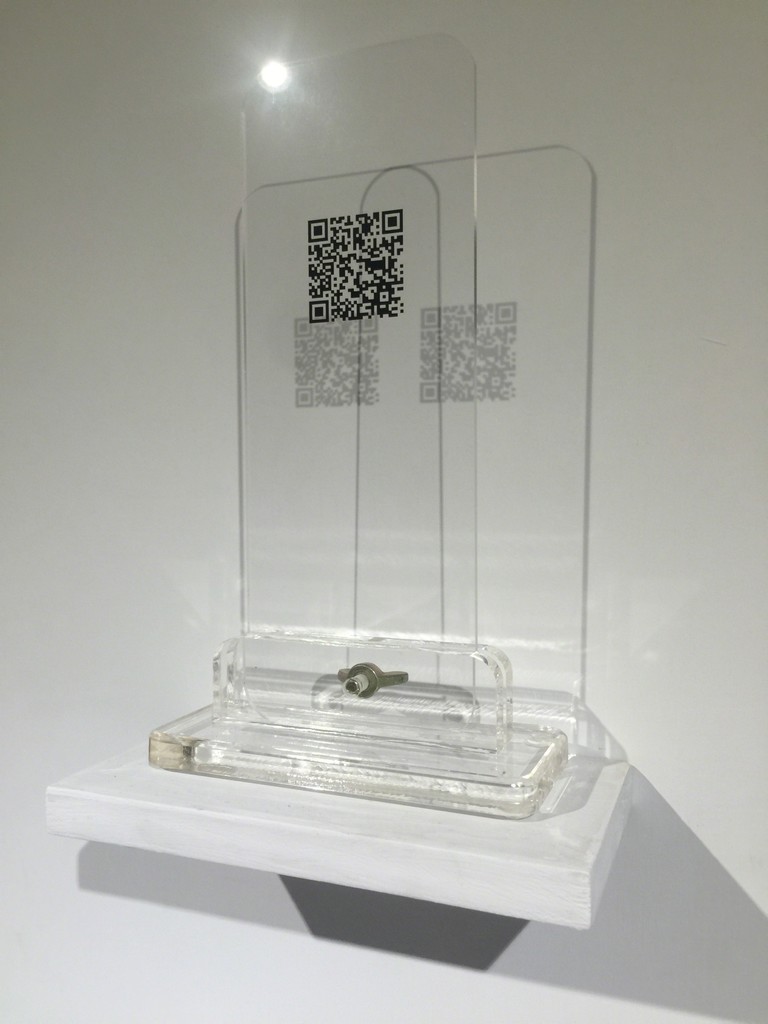 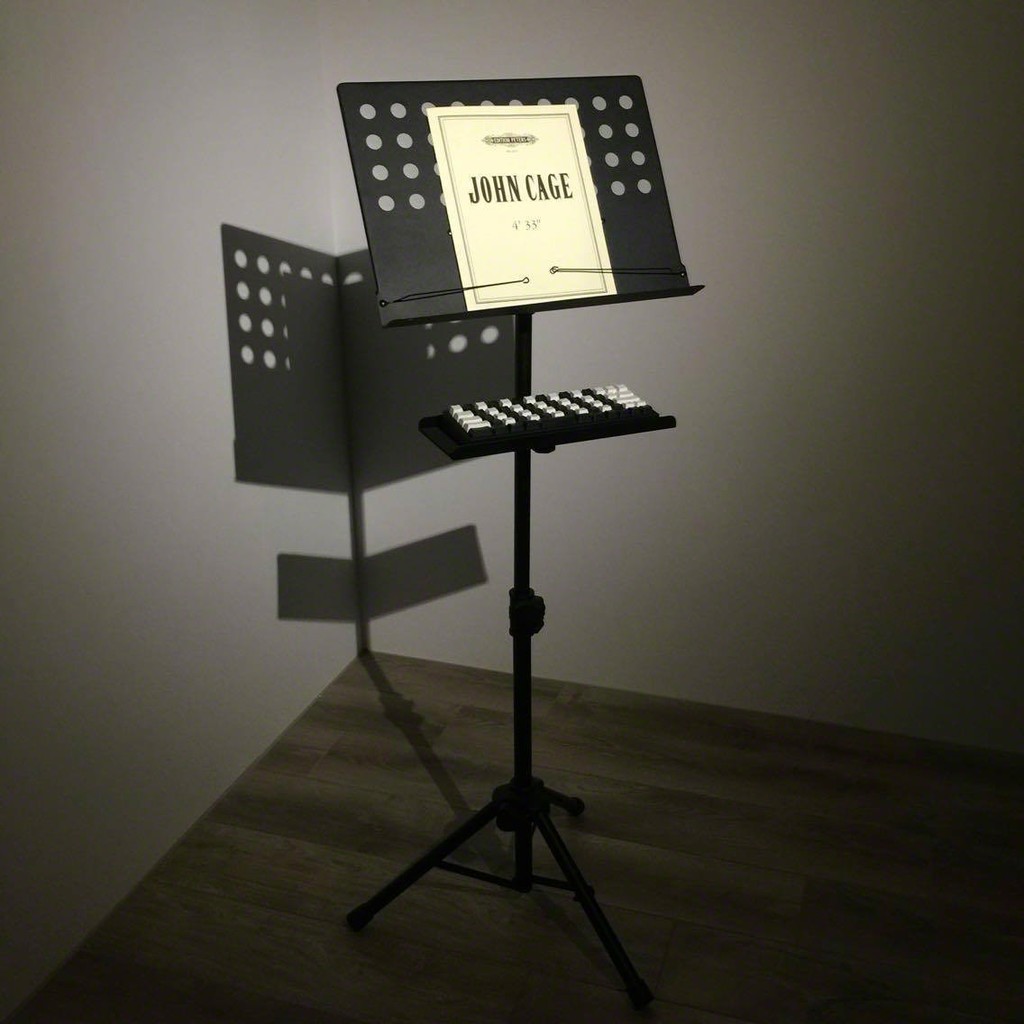 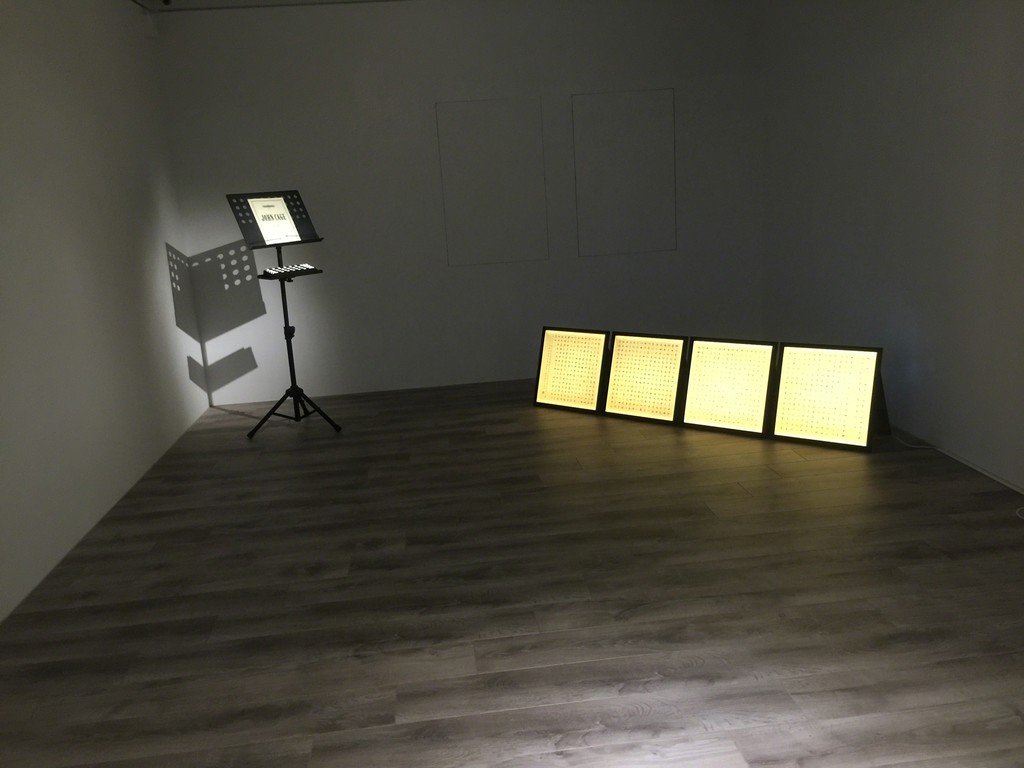 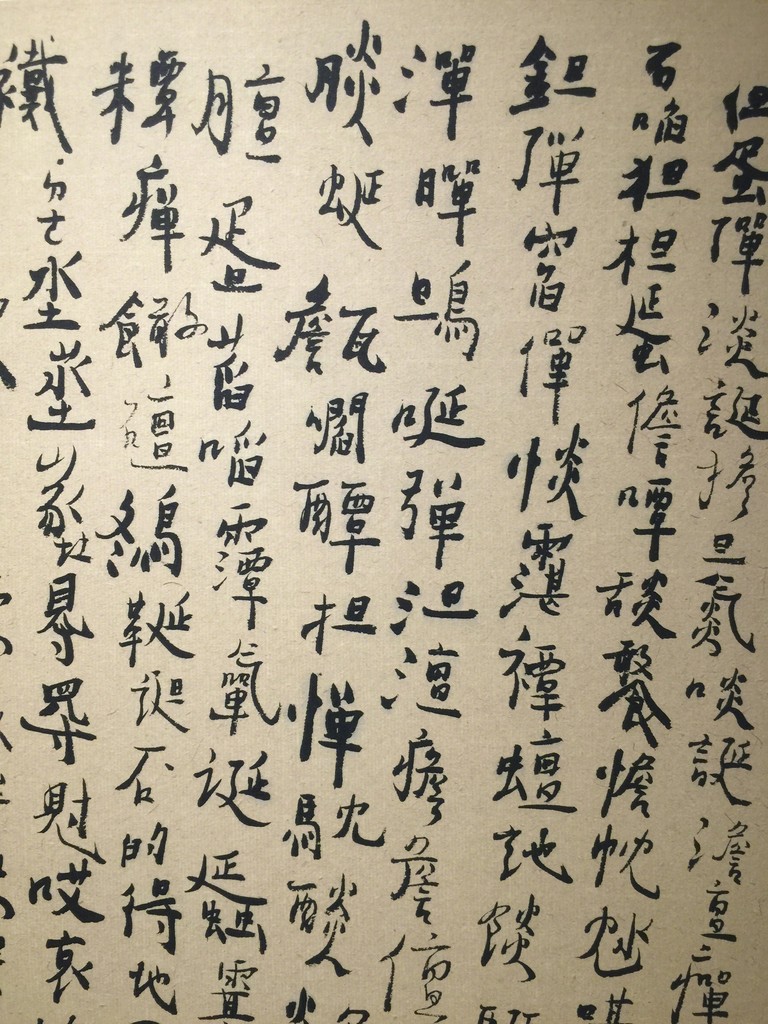 During his many years of experience with calligraphy, artist Chia-Che Chang has received the cultivation and acknowledgement of traditional calligraphy aesthetics. The categories ascribed to calligraphy can often expand to involve the transformation of the written word, writing tools and media, spiritual condition of the self, bioethics, as well as other aspects. As an artistic discipline, calligraphy is different from art systems constructed in the west. Over the course of its historical development, East Asian calligraphy exhibits the cultural thinking and spirituality of its time and place. The lengthy development of Chinese calligraphy, and especially the essential spirit of is Shodo calligraphy from Japanese writing system, Taiwan’s own history and territorial feelings, and readings in interdisciplinary thought are all important factors in artists’ creative thinking, influencing the growth and experience of artists as individuals. History is to culture as landscape is to colour - they are all creative materials for exploring the essence of life.
Acknowledgement of traditional calligraphic works shouldn’t be restricted to reductionist acknowledgement of famous works left by known calligraphers. Treating the calligrapher as a cultural artifact separate from the work in question offers a broader and more accurate records of the face of calligraphy at that time. For example, the discovery of the oracle scripts and oracle bone inscriptions not only provides the direct proof of the existence of Shang Dynasty but also give us the ideas of how they lived, their culture, religious and ritual practices. Sometimes, these artifacts unveiled once buried political incidents as well. The bamboo slips manuscripts that have been dug out after thousands of years are the important artifacts telling the stories of burning of the books and burial of the scholars by the firstemperor of Qin. These opening conversations between all kinds of art-related and non art-related fields to explore the possible forms of calligraphy, including the expression of individual feelings through pen and ink, and, more importantly, the dialogue between the individual and the time and place in which he/she is situated. With the rapid development of technology and faster, broader transmission of information, territorial borders are fading by the day.
In today’s society, we are deeply influenced by global mass communication. The experience and content of our daily lives has already been completely remodeled. The written word is an important agent for conveying information. Will the new media culture rewrite history? This raises more contradictions. The writer also must further examine his/her own concern for the written word. What kind of reflection can calligraphers offer in this age of informatization where fewer and fewer people are putting pen to paper?
The recording of words and transmission of information began with “quipu” knotted rope records and led to carved symbols, written script, and computer interface input methods. As writing tools evolve, writing itself is endlessly changing. Moreover, the relationship between the evolution of writing and the development of writing tools illustrates the progression of civilization and the structure of social systems. If we look at it from the present moment, would we turn towards keyboard input as the Meta-Hanzi of writing consciousness? And will the words written today become the Proto-Hanzi Text of the future? Typing on a keyboard is now the common skill most modern people use to record words; perhaps this will spell the end for our beloved hand-written word. Although writing may be disappearing, it is reluctant to boldly declare in what direction it will go. The writer still firmly believes, however, that writing will remain in circulation. As the author of The Future of the Written Word states:
“Regardless of what form it takes in the future, writing will forever be the core of human experience, immortalizing and doubling the power of human experience. As an ancient Egyptian scribe wrote in ink, 4000 years ago, ‘A person dies and their body becomes earth. One by one, his loved ones also die and turn into dust. It is only through writing that they are remembered by later generations.’”
Not only a user of written words, Chang Chia Che impliments Zen philosophies to face common realities, follows the mundane everyday practice of writing, and opens the meaning of writing in the fabric of history. When the hand-written word disappears from writing, perhaps it will continue to exist in different forms. The calligraphy after the end of calligraphy from antiquity is the ultimate concern to Chang, it is also the deepest expression of the determination of the spirit. Trying to make one’s own creations become a kind of event, the writer tirelessly explores the evolving discourses of writing in the modern era, as well as its fate.