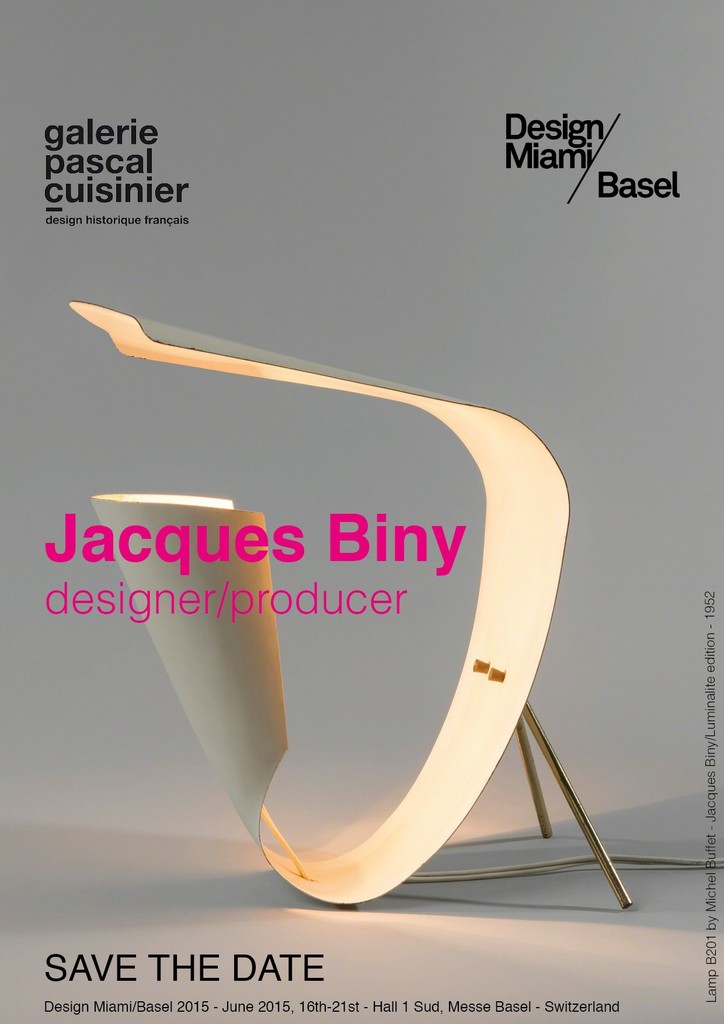 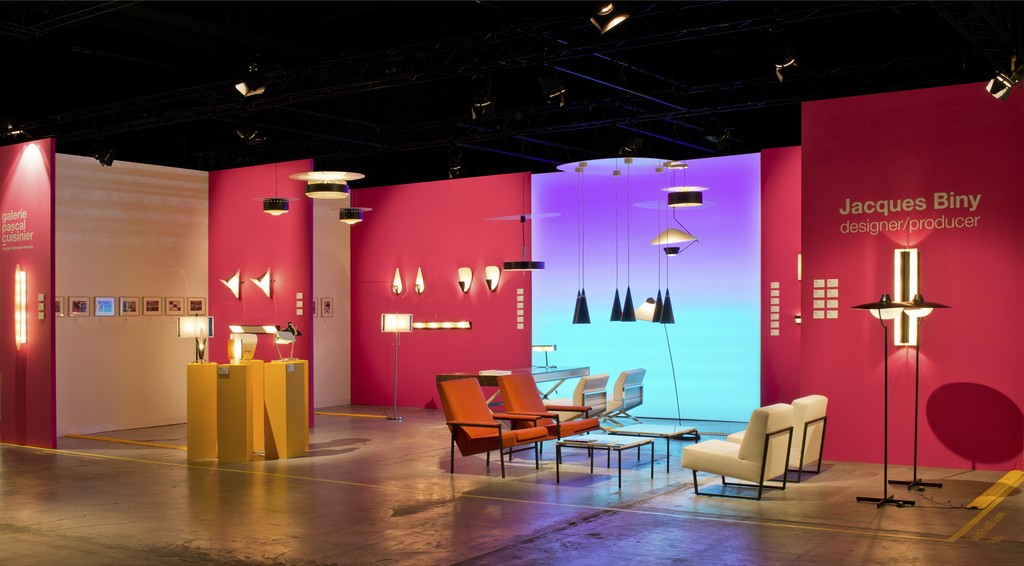 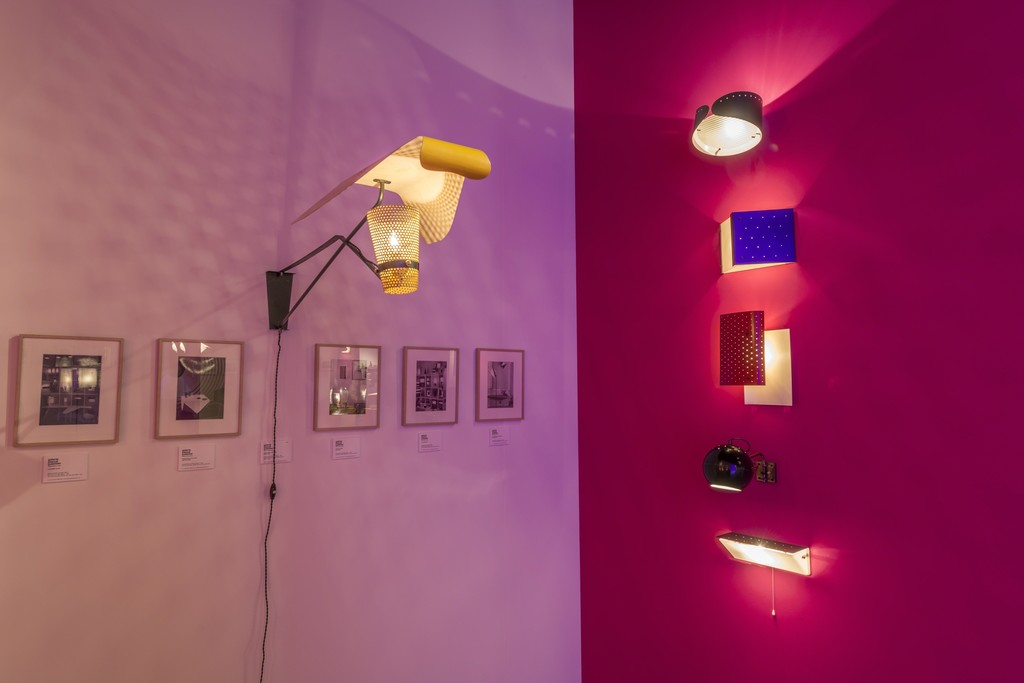 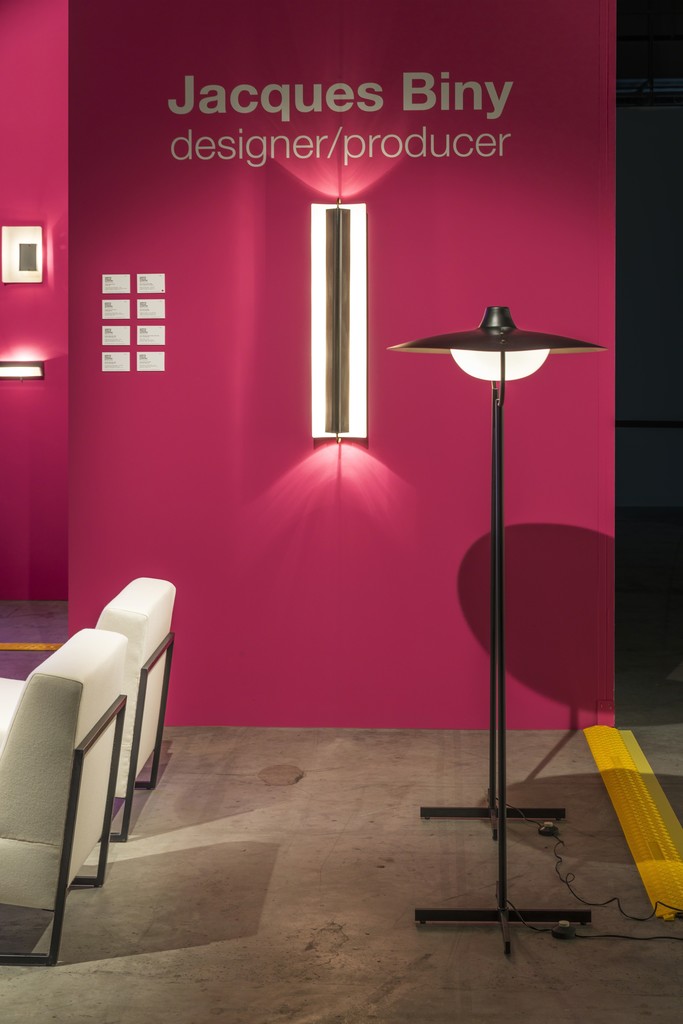 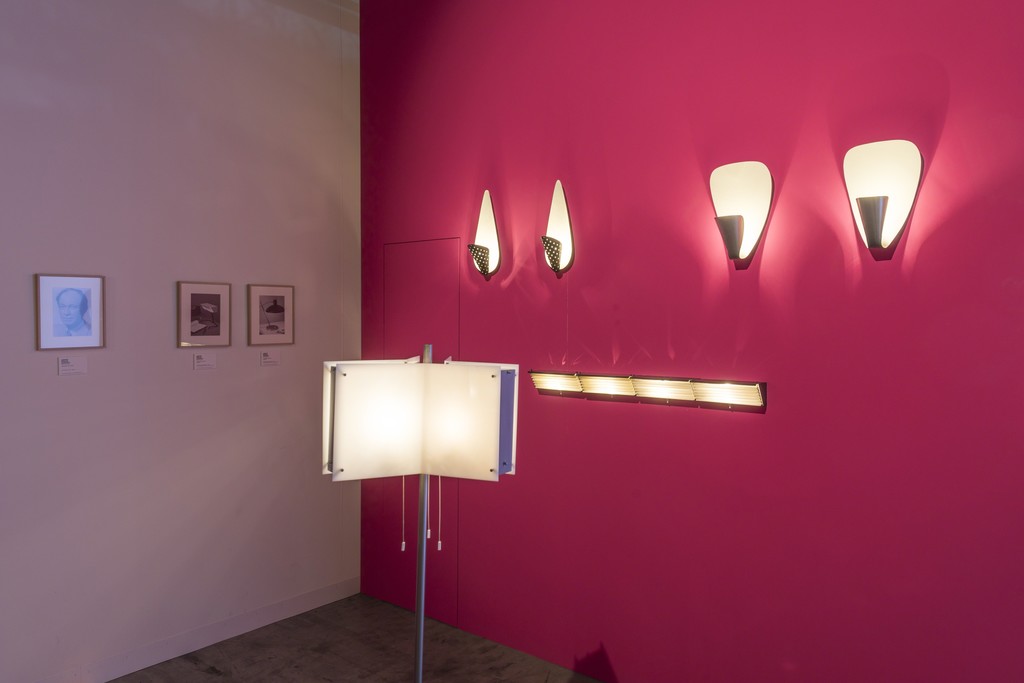 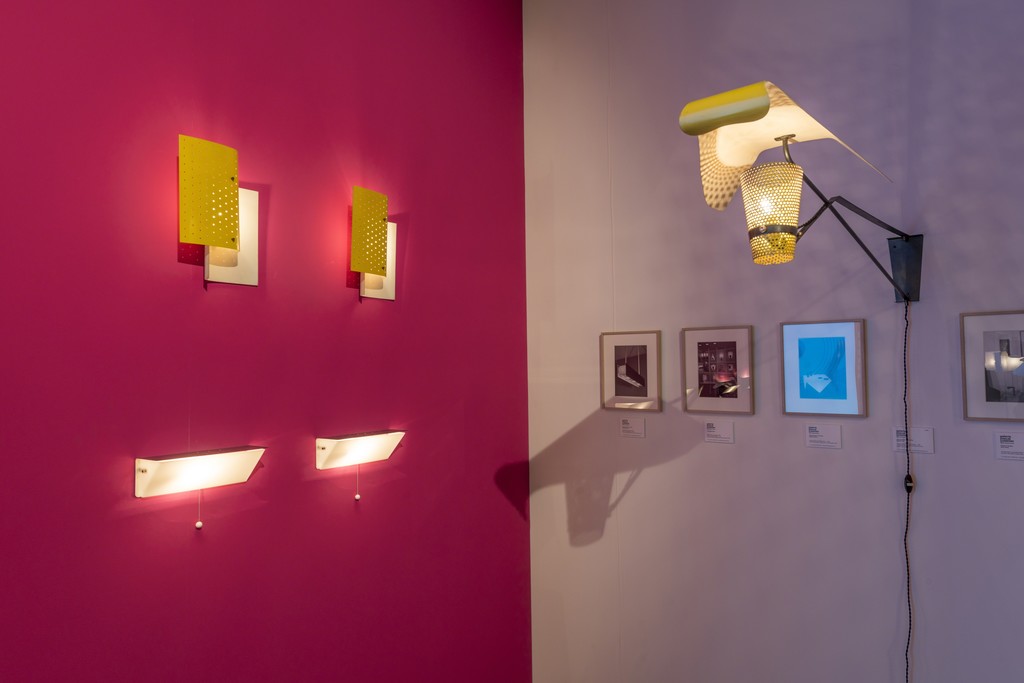 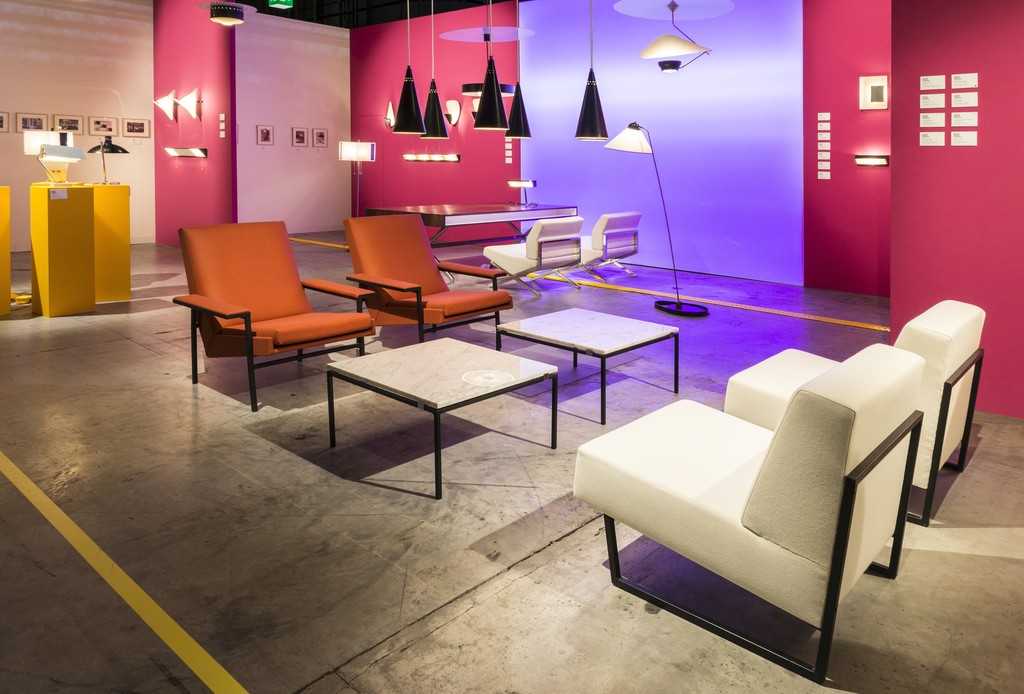 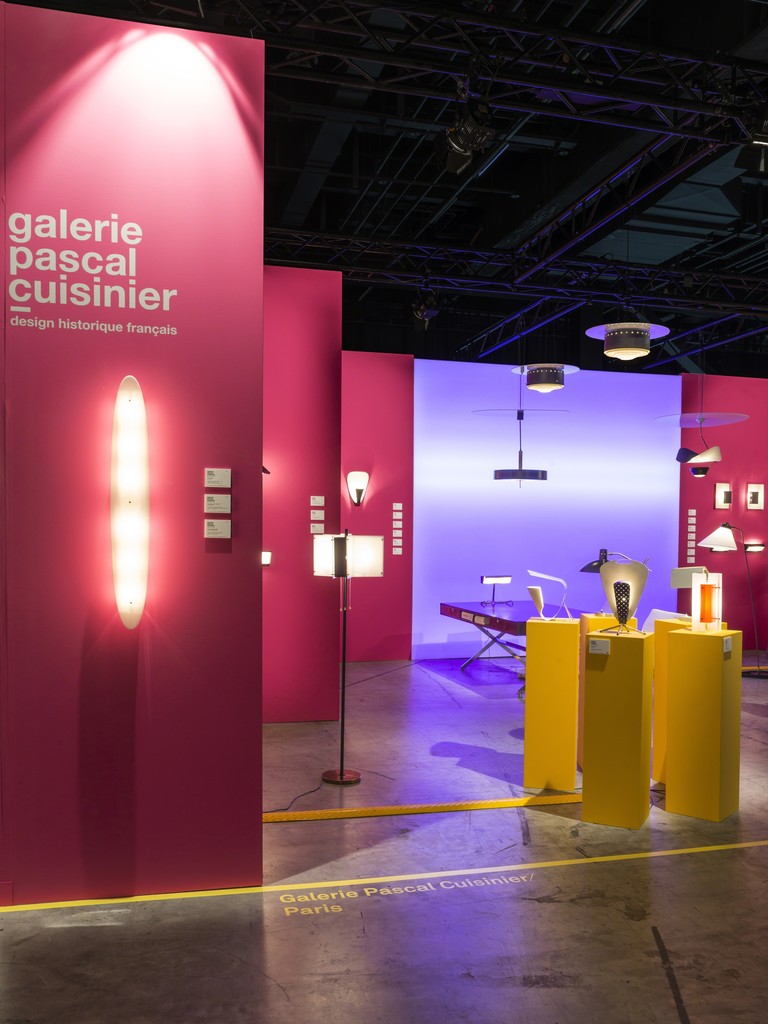 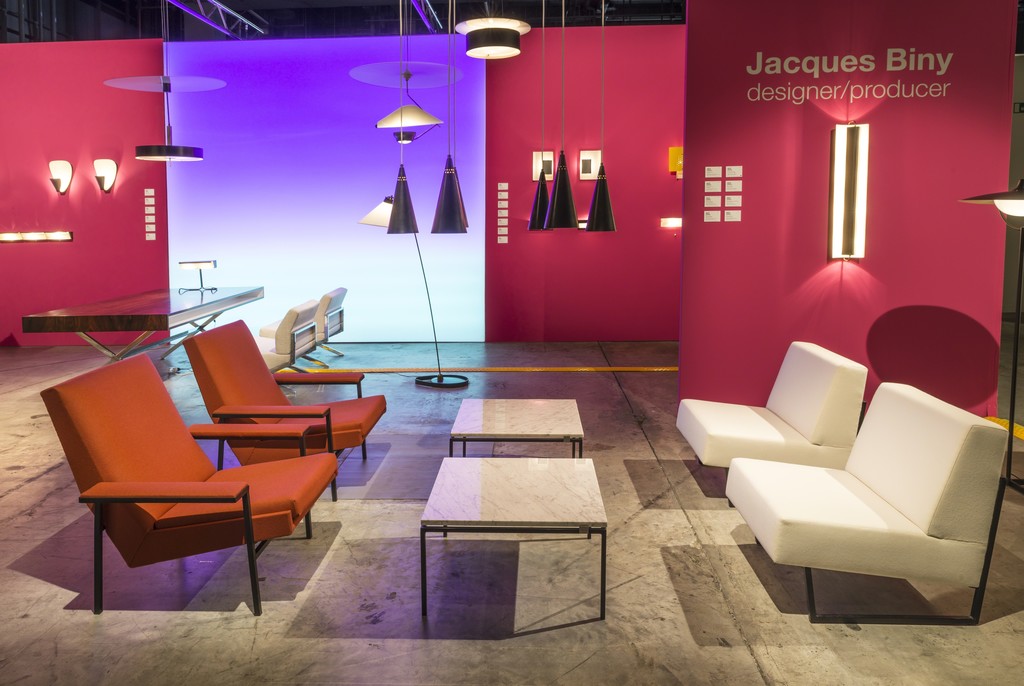 Galerie Pascal Cuisinier’s third year at Design Miami/Basel will present this year a solo show dedicated to the designer Jacques Biny, with an outstanding collection of his light fittings, assembled over the past eight years.
Jacques Biny was one of the most important French lighting designers from 1950 to 1970. Unlike most designers, he also manufactured designs and worked in partnership with some of the best designers of the time, including Michel Buffet, Jean Boris Lacroix and Gustave Gauthier. Together, they set out to forge a new future for this field.
A graduate of the École Supérieure des Arts Décoratifs de Paris, Jacques Biny settled in his home town of Valence in order to practise his profession of interior designer. Confronted by a lack of light fittings on the sites he was working on, he decided to design his own, which he then offered to his clients. Following this experience, Jacques Biny returned to Paris in 1950, founding his own contemporary light fittings production workshop, Luminalite, three years later.
Modern and pioneering, Jacques Biny produced a range of sophisticated light fittings for the home, using new materials such as perforated sheet metal and Perspex. With each stroke of his pencil, shapes morphed into radical new forms, mostly divested of their decorative function. In the 1960s, he was appointed lighting designer for large-scale projects such as major cinema, Le Palace and the Préfecture (administrative offices) of Valence and the shipyards of Saint Nazaire.
For this year’s Design Miami/Basel, the gallery has decided to stage, in the most literal sense of the word, a show comprising of Jacques Biny’s finest creations. The booth has been designed in the same manner as a theatre. A luminescent backdrop à la James Turrell completes the display. This mise en scène also features a rare ‘sofa-sculpture’, the model 62 by Geneviève Dangles and Chris- tian Defrance, as well as one of the finest examples of a President range desk by Pierre Guariche.