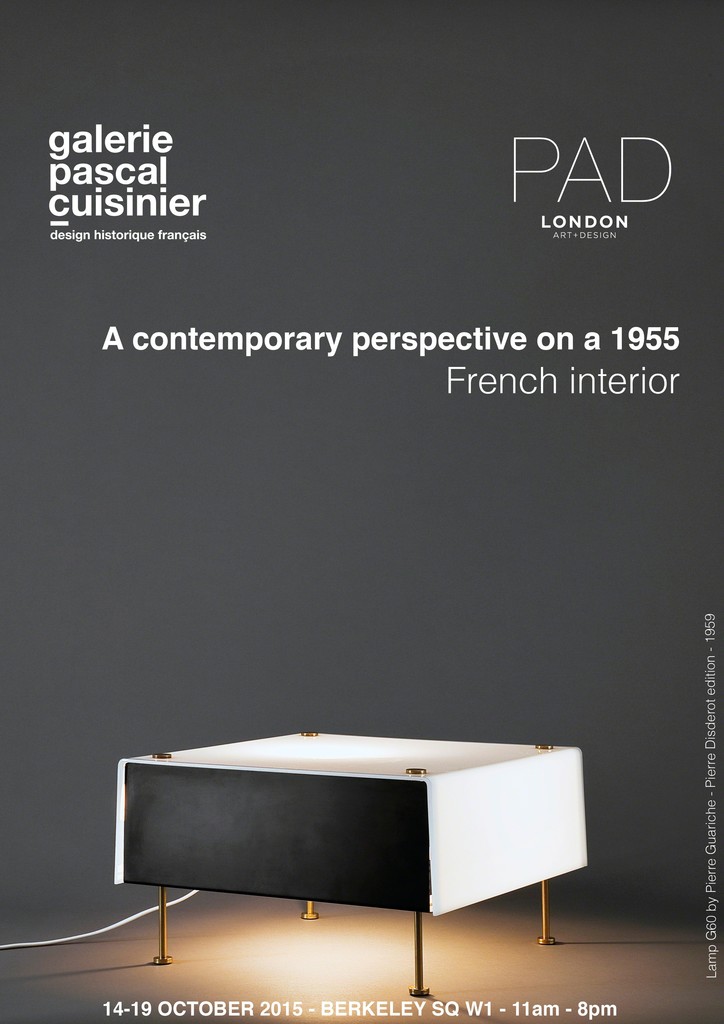 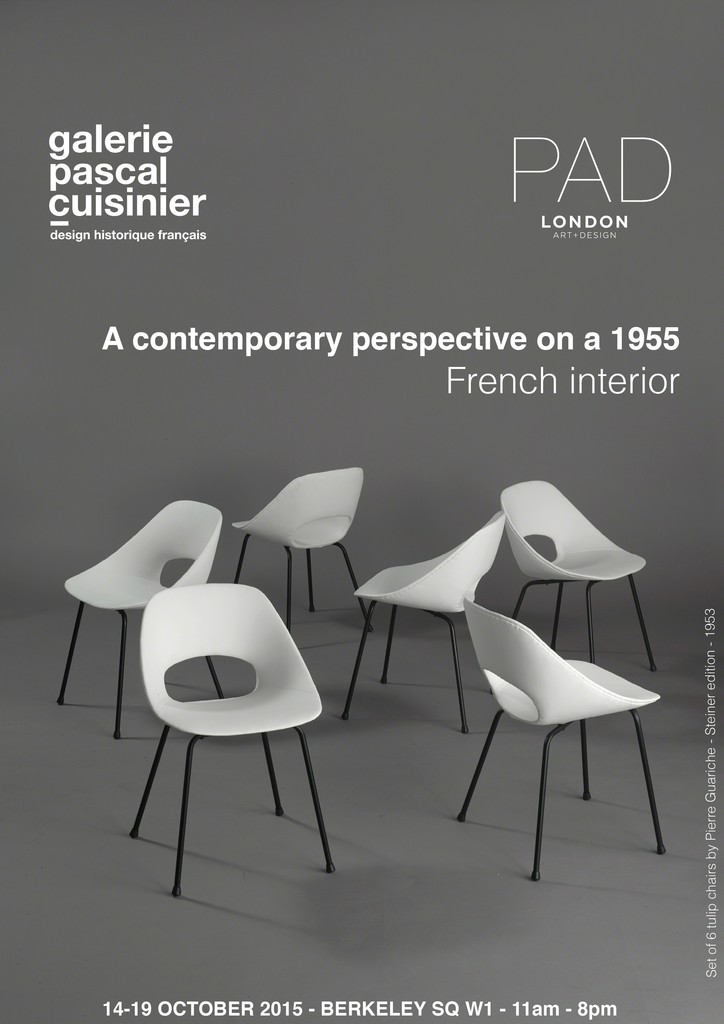 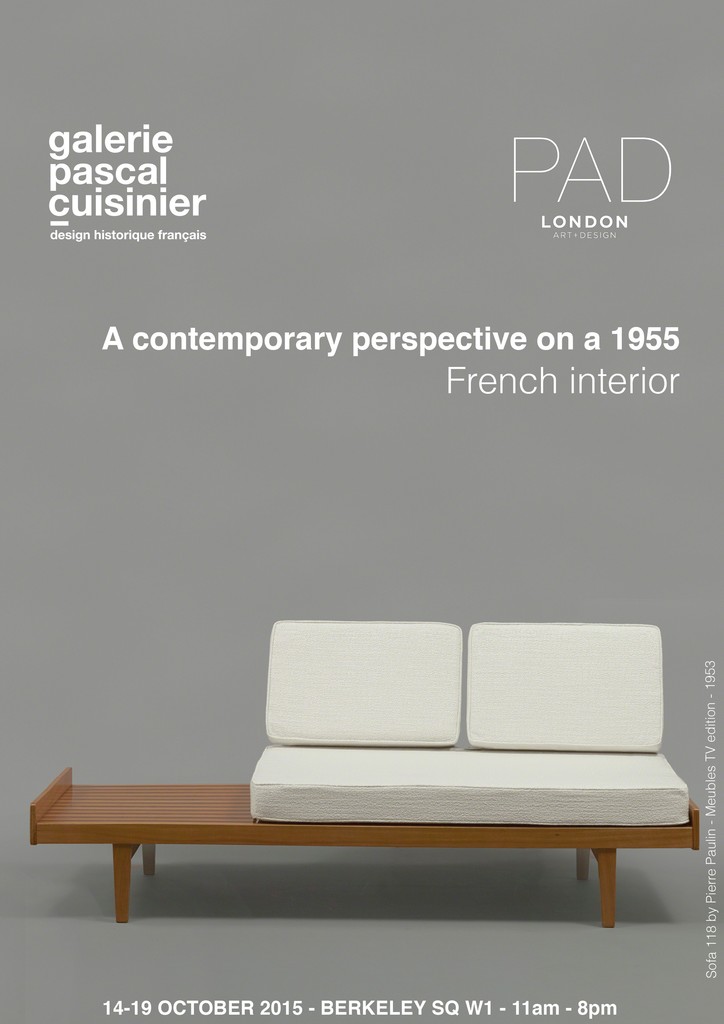 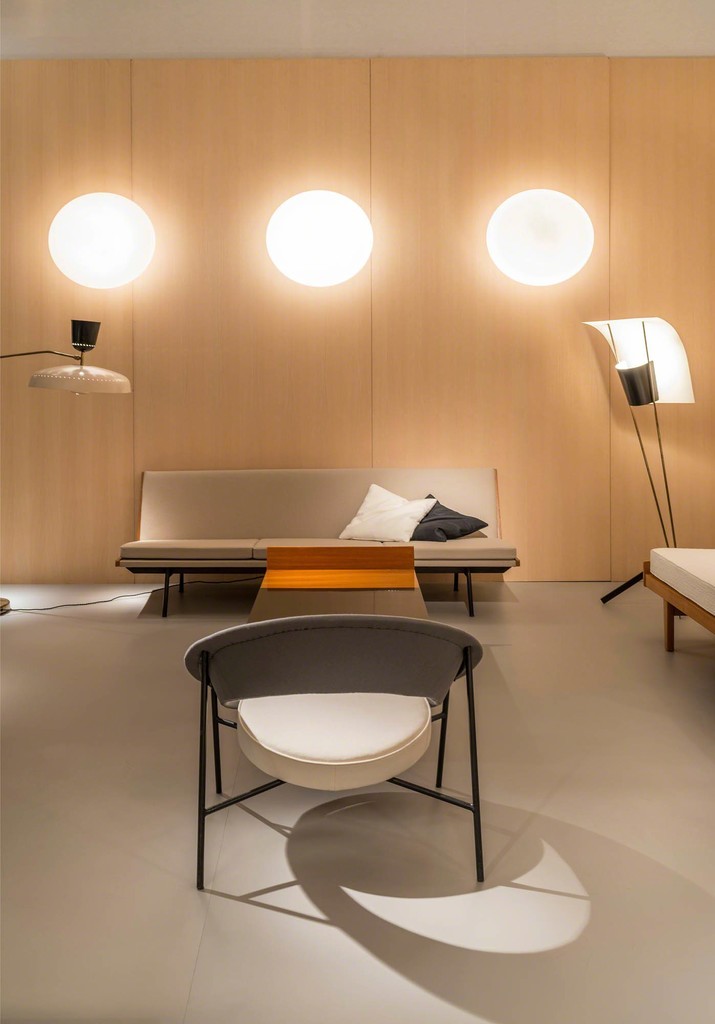 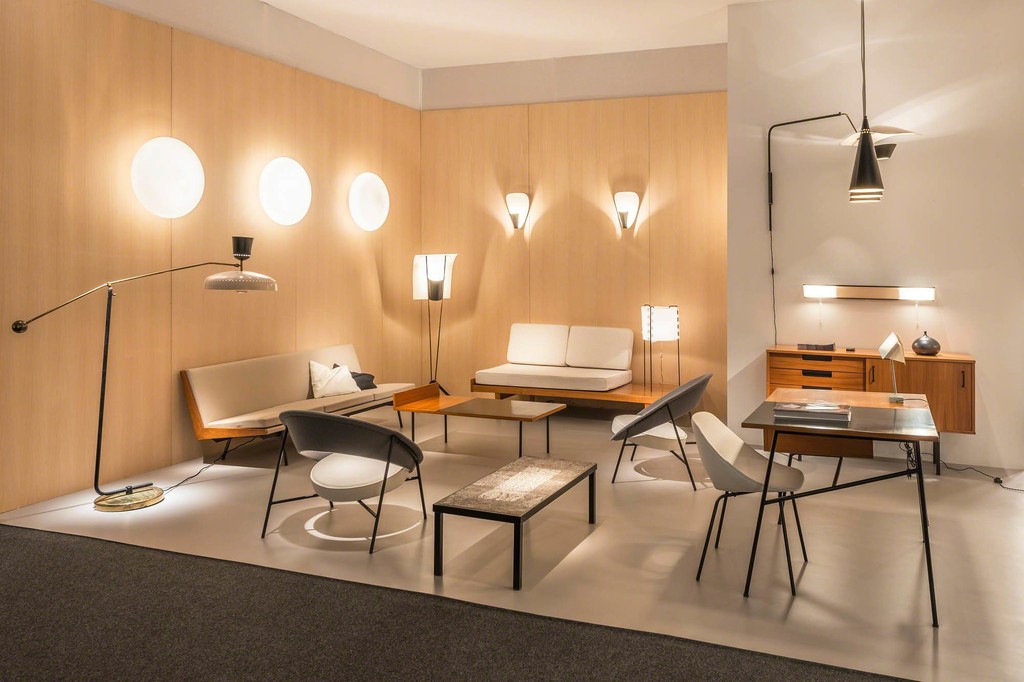 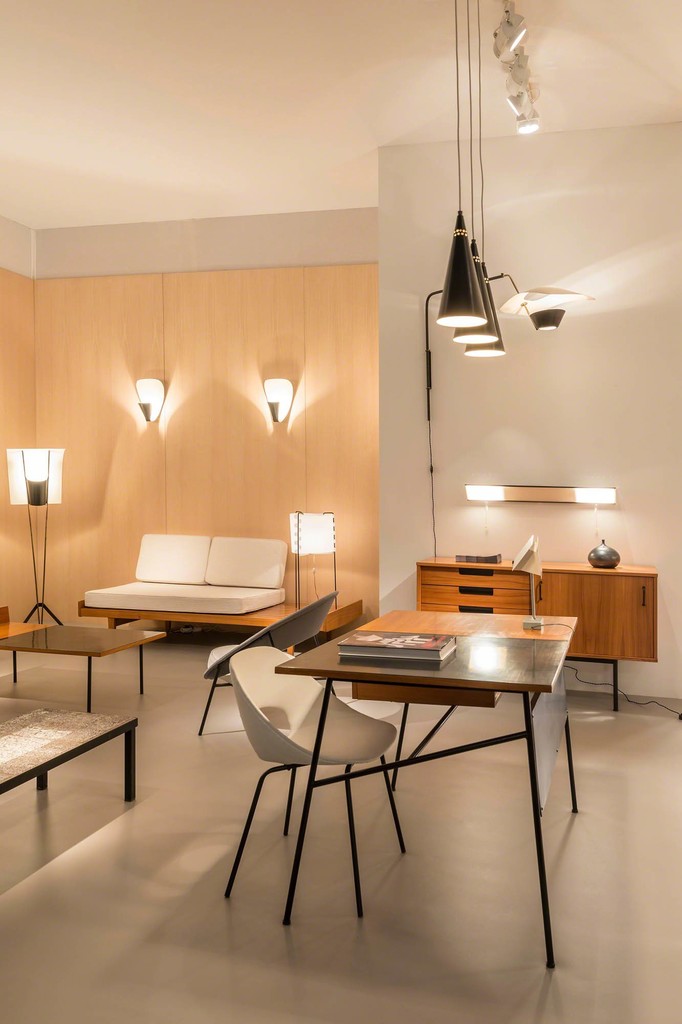 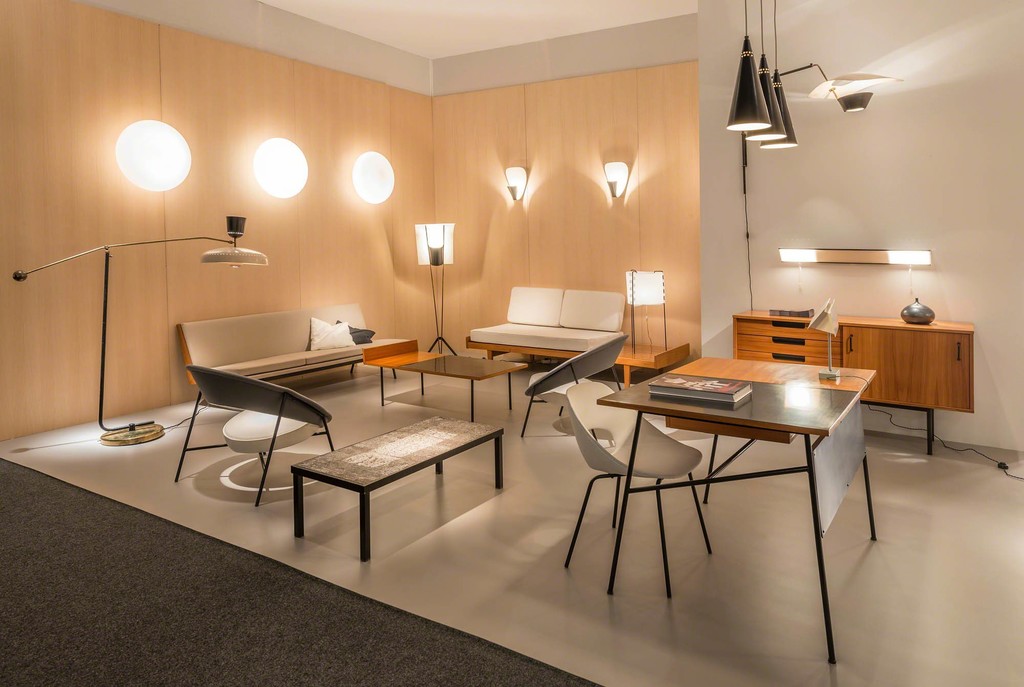 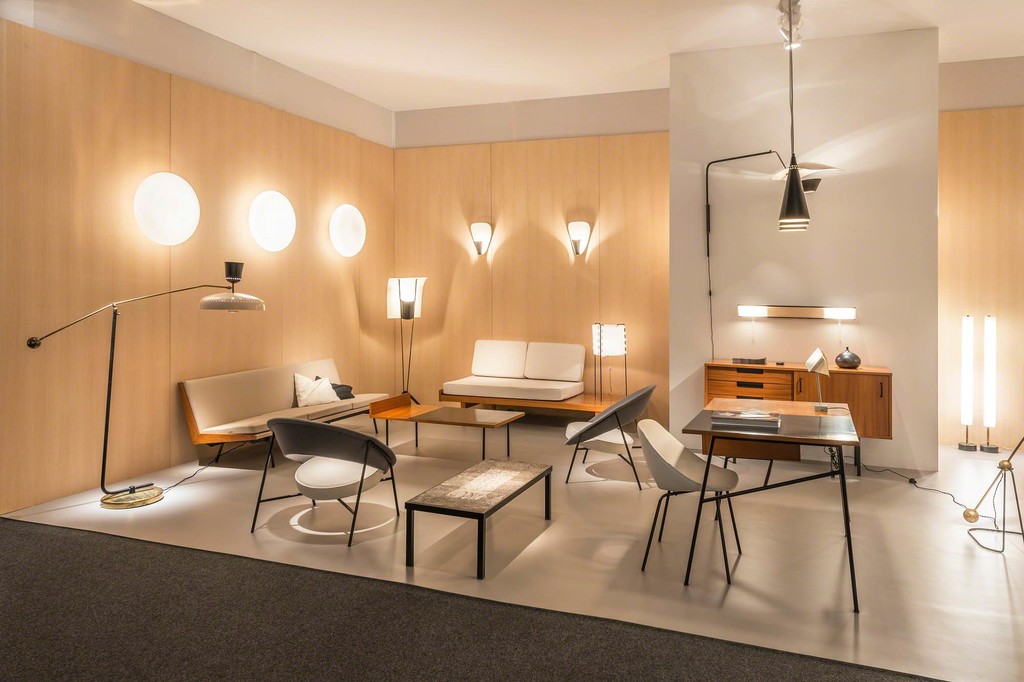 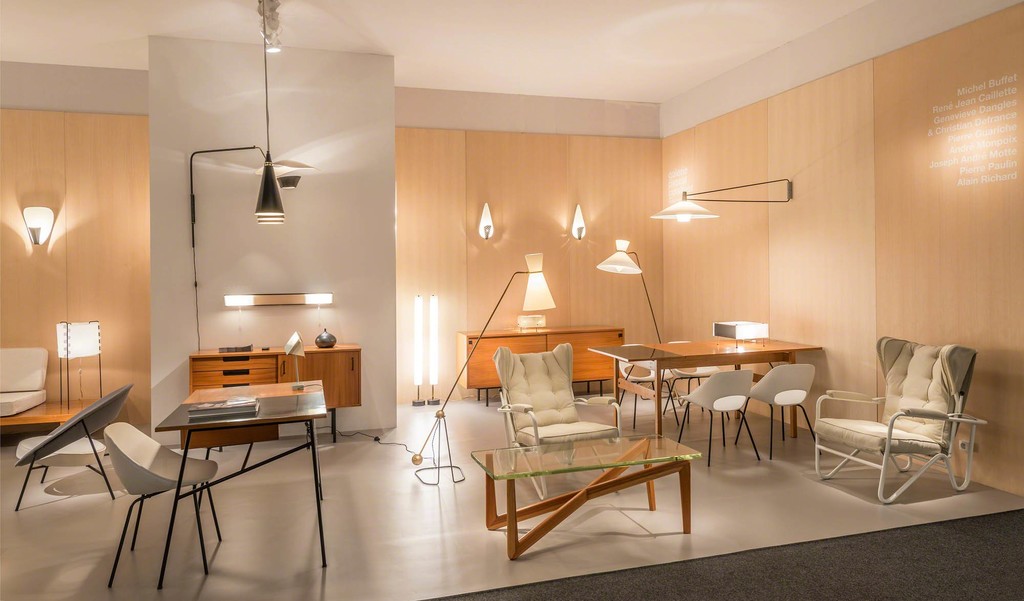 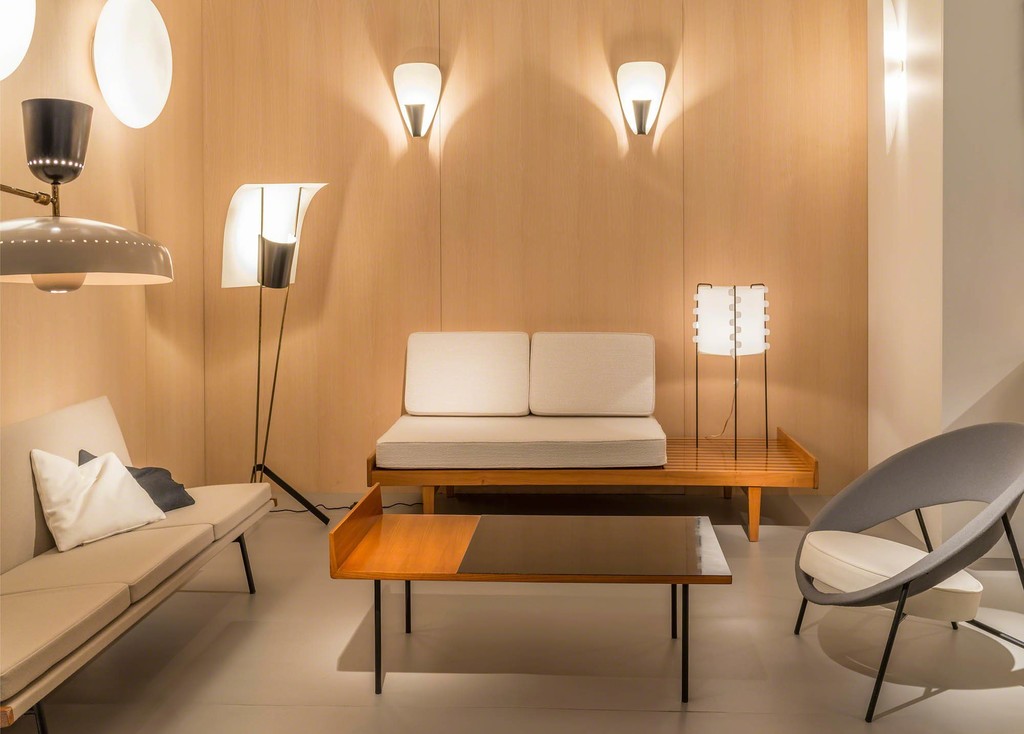 After the Second World War, emergency procedures were put in place in France to quickly rehouse a large part of the population, thereby calling on the expertise of Jean Prouvé, Marcel Gascoin and René Gabriel.
In parallel with this, the latter formed the new generation of interior designers at the prestigious École Nationale des Arts Décoratifs. Having graduated in the early 1950s, the best of them created new types of apartments, representative of a modern lifestyle in keeping with the legendary years of the “glorious thirties”.
They redesigned the space, light, and the function of the apartment, it was a source of new lifestyles. They invented modern furniture that was simple and elegant, exceptional lighting and seating, which, thanks to new technical procedures, was to revolutionize the aesthetics and comfort of all seating in the second half of the 20th century.
This is the apartment that will be presented by Galerie Pascal Cuisinier at PAD London 2015, but in its contemporary version, as collectors reinterpret it today.
This will be a lounge/dining room, which was in vogue during this period, whose rooms, designed for mass production, were conceived in order to create a cohesive space, as though it had been made to measure by an interior designer. The lines are simple and light, and the harmonious materials - Elm, lacquered metal, woolen fabrics – with ultra sophisticated proportions. The colors used are neutral and the light is soft, produced from a !large number of indirect and reflected sources. It is this minimalism that characterizes this style “à la française”: refined, restrained and direct.
Pascal Cuisinier has selected from his collection an assortment of pieces representative of the work of the new French designers from the early 1950s.

The exhibition includes a bench by Pierre Paulin which was on the front pages of many of the magazines of the period. The fine chest of drawers 148 by Pierre Guariche, a very rare low table by André Monpoix, which includes the very earliest use of lamination, the famous Saturne armchairs by Geneviève Dangles and Christian Defrance complete the set.
The famous Alain Richard dining room with one of his most minimalist series and an exceptional extending table in black laminate. The ensemble is lit with some of the rarest lamps of the period, the only large wall lamp with lampshade G12 created by Pierre Guariche, as well as two table lamps G50 and G60.
This extremely chic setting is arranged on a light wood background, in varnished elm, in a muted color range, scarcely highlighted with a few touches of lacquered metal in black or touches of white on the lamps.