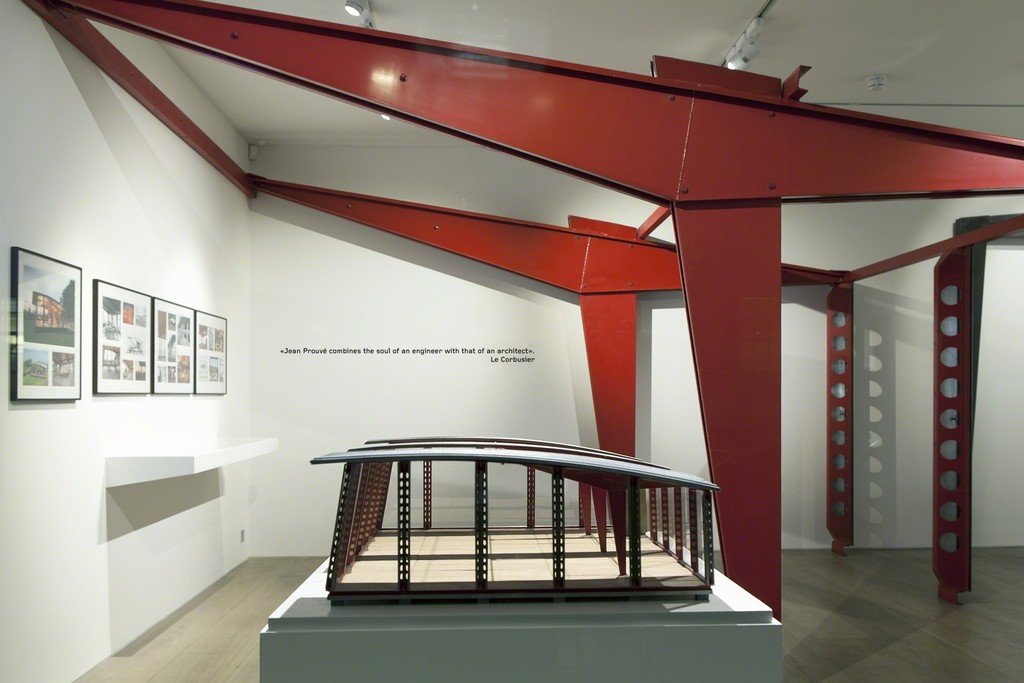 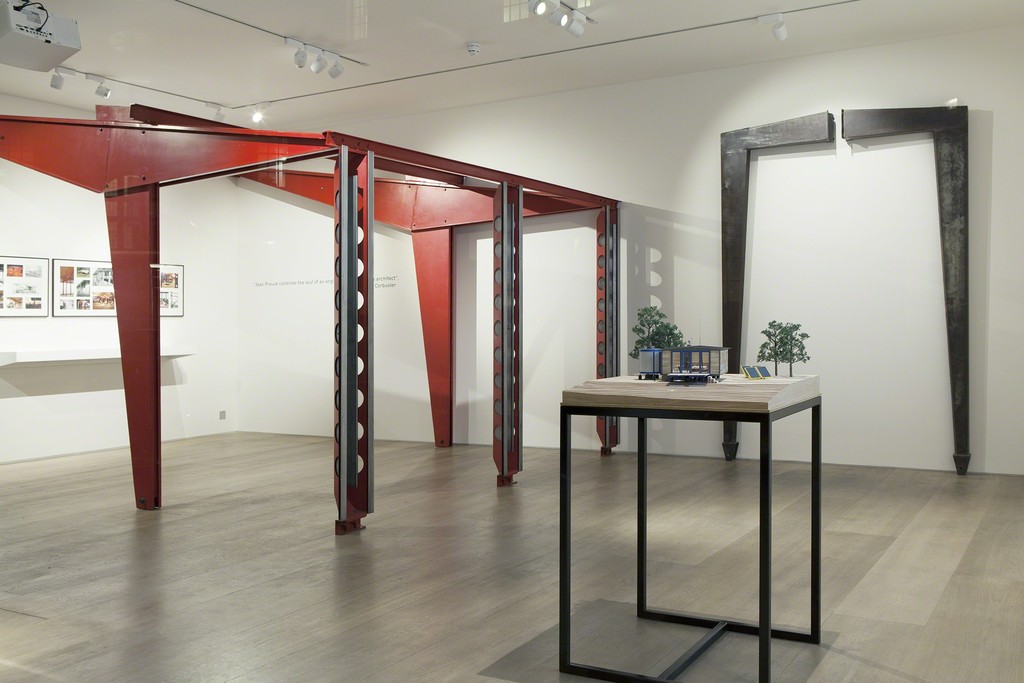 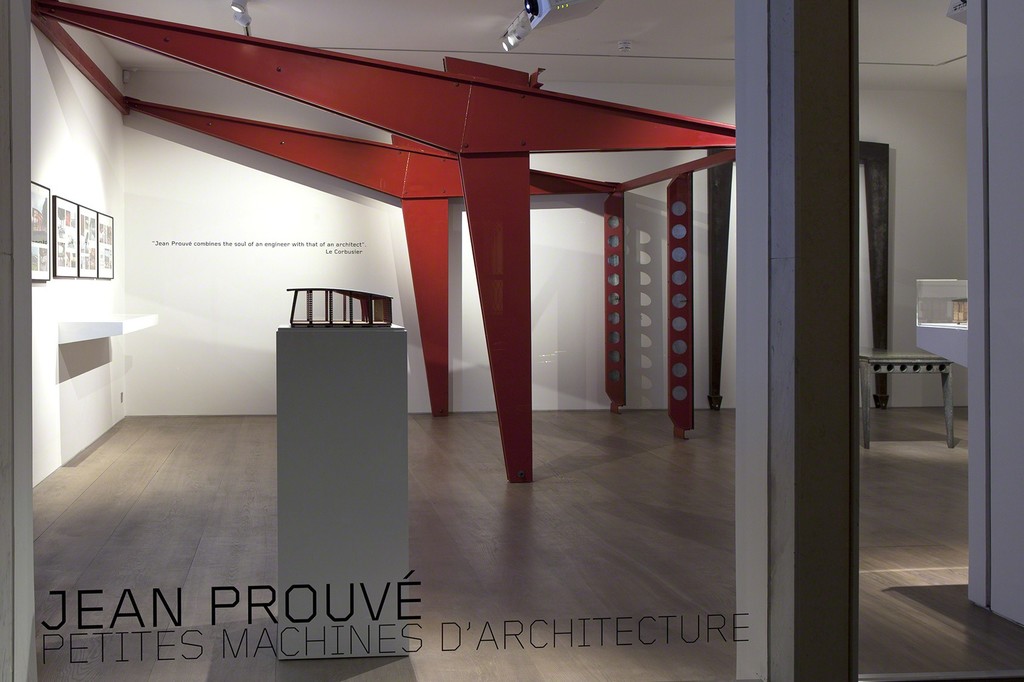 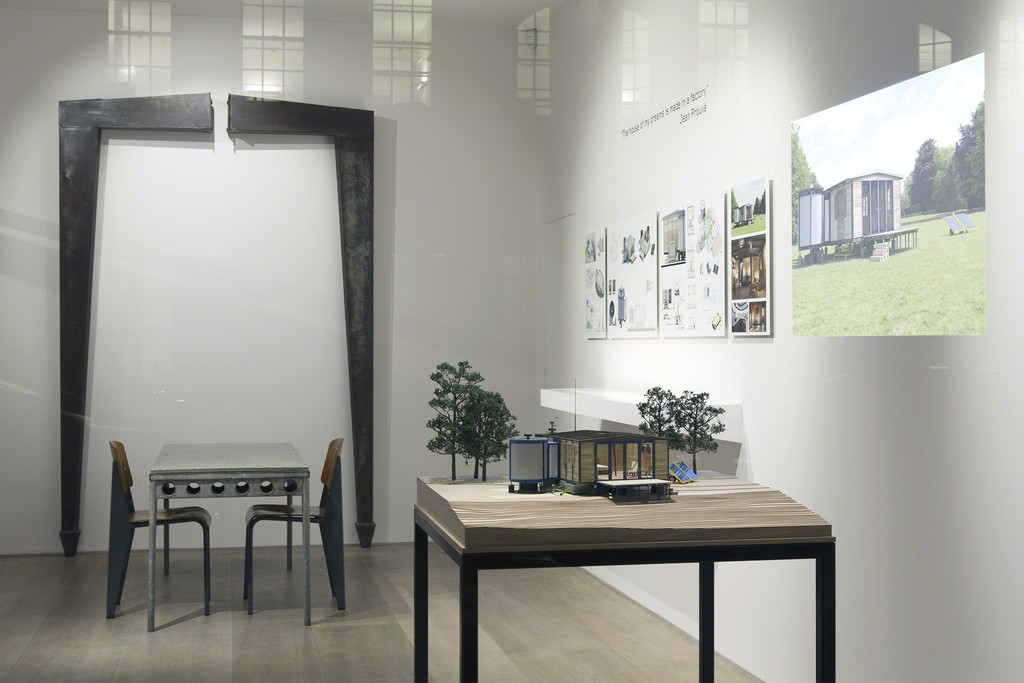 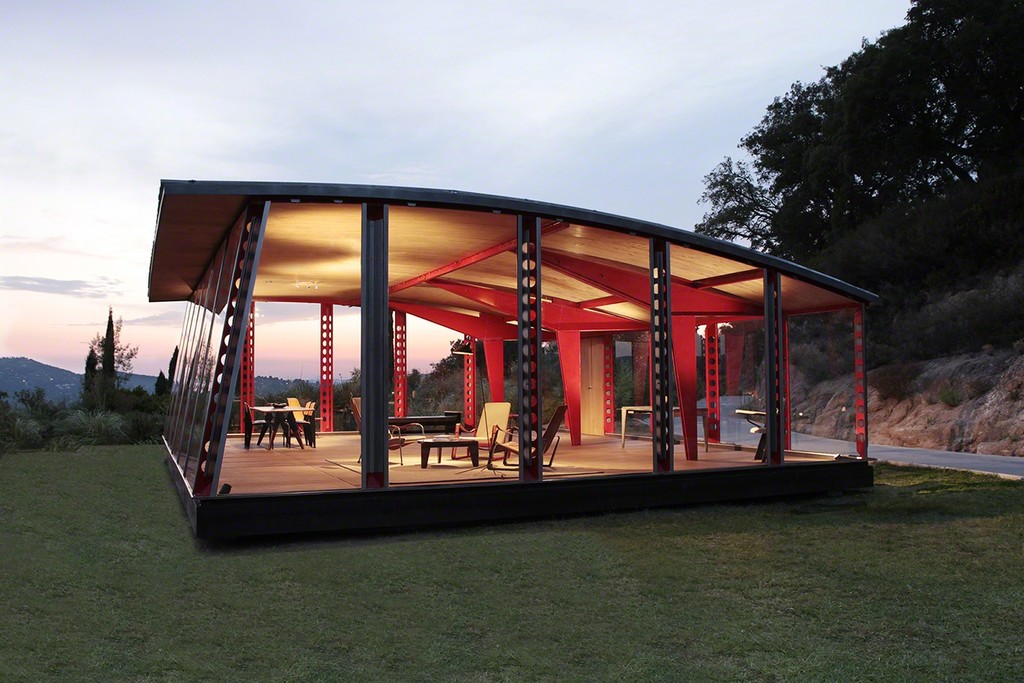 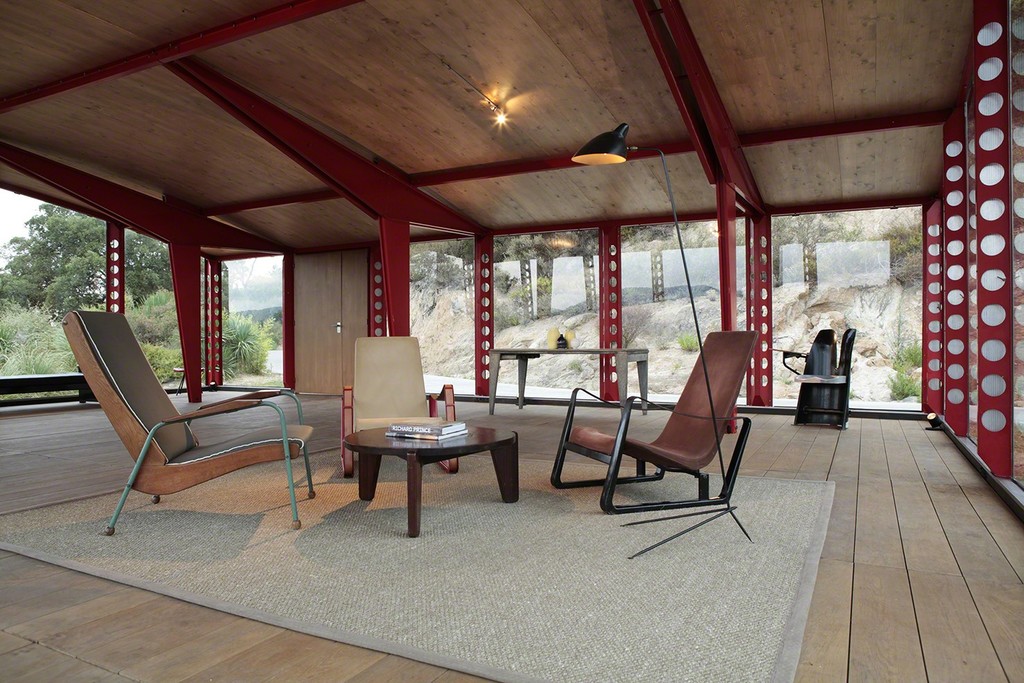 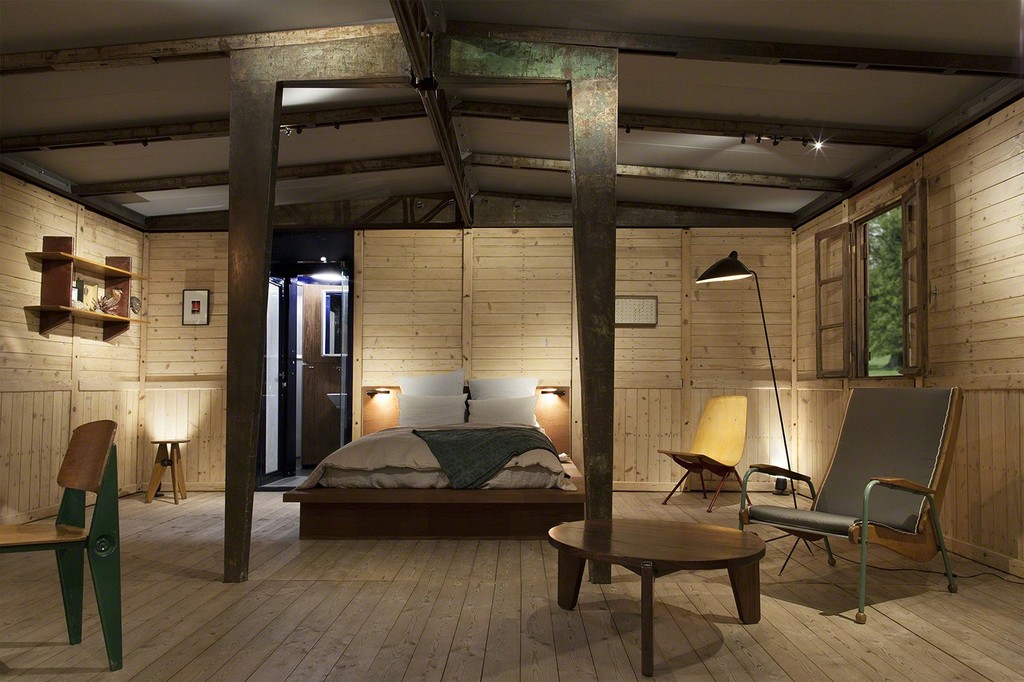 The inaugural exhibition opens October 11 and features two important architectural works by Mid-century Modern architect and designer Jean Prouvé including: “Temporary School of Villejuif” (1956) and an adaptation of “6x6 Demountable House” (1944) by London-based architecture practice Rogers Stirk Harbour + Partners (RSHP). The gallery has assembled the most significant collection of Prouvé’s demountable architecture, 20 houses to date, most of which are either unique works or limited examples.
Temporary School of Villejuif (1956)
The asymmetrical Villejuif Demountable House is a lightweight project whose sheet-steel props support a cantilevered wooden roof. It was Prouvé’s response to a 1956 commission for a schoolhouse that could be easily dismantled and relocated. The school was later disassembled and its components used in other buildings. Prouvé’s design and engineering of these versatile structures and their components is now considered to be a milestone in 20th century architecture. The work was exhibited in New York earlier this year in a collaborative exhibition between Galerie Patrick Seguin and Gagosian Gallery entitled “Chamberlain l Prouvé”.
Adaptation of Prouvé’s 6x6 Demountable House by Rogers Stirk Harbour +Partners (1944-2014)
The “6x6 Demountable House” was originally designed by Prouvé in 1944 to rehouse war victims in Lorraine, France. Built entirely from wood and metal, the houses were easily transported and quickly assembled. The adaption of “6x6 Demountable House” led by RSHP’s Ivan Harbour is based on the original plans with the addition of modern living facilities including a satellite bathroom and kitchen as well as a series of service trolleys providing hot water and solar powered electricity. In doing so, RSHP was able to “preserve the integrity of the original as a single living space.” The adaptation was exhibited this past June at Design Miami/Basel.
Galerie Patrick Seguin has also developed an editorial line of comprehensive publications and has released a set of five monographs dedicated to Jean Prouvé’s demountable architecture, illustrated with archival and contemporary photographs. These five volumes are the first of 15 that will be released in three separate boxed sets over the course of 2015 and 2016.