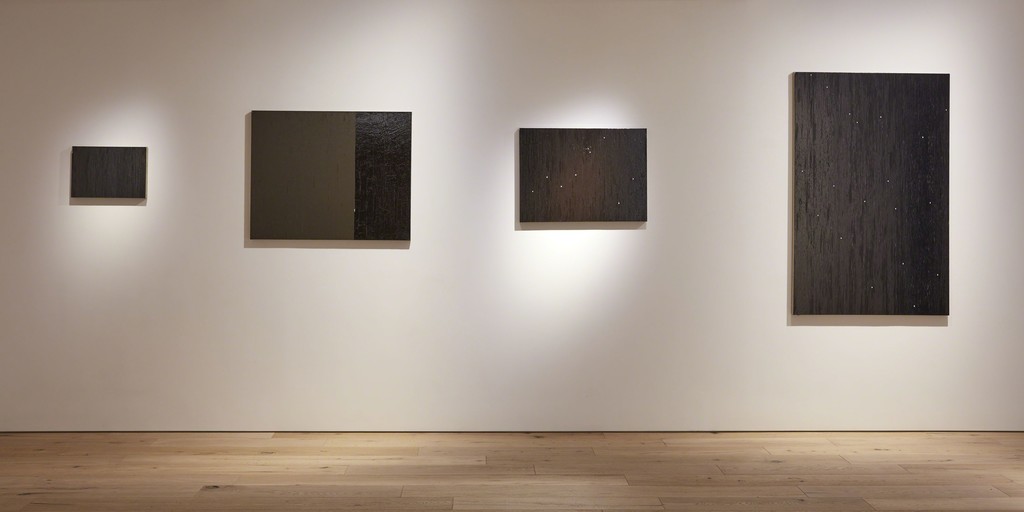 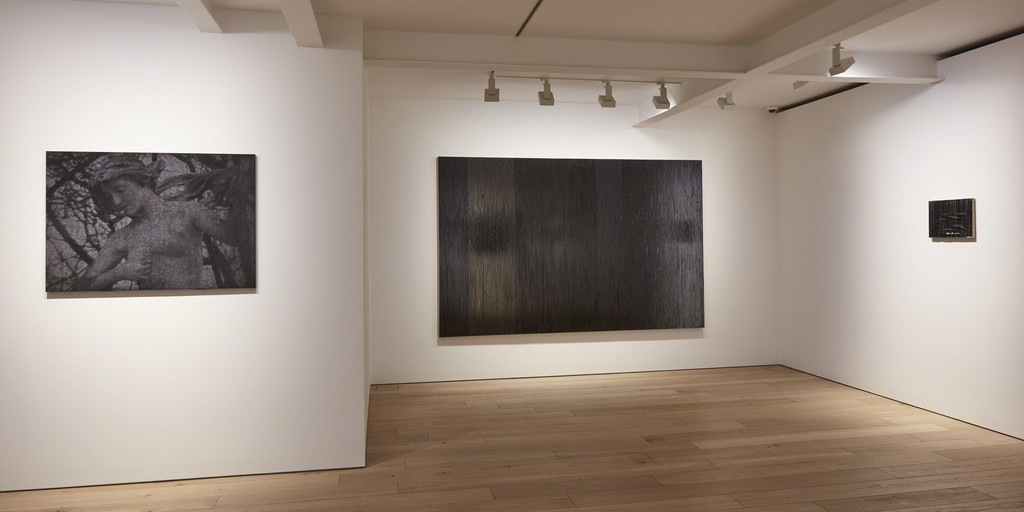 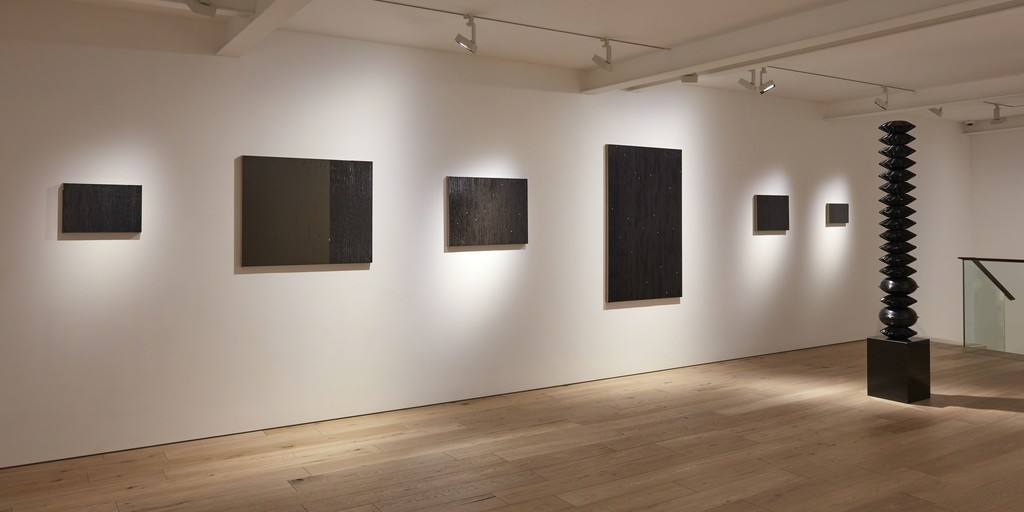 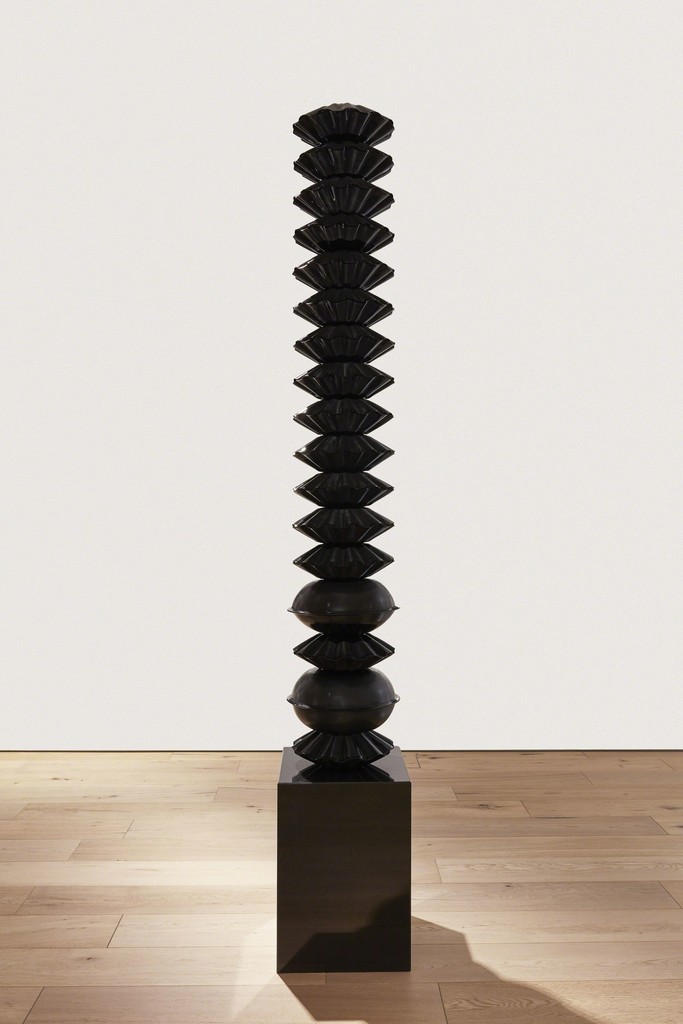 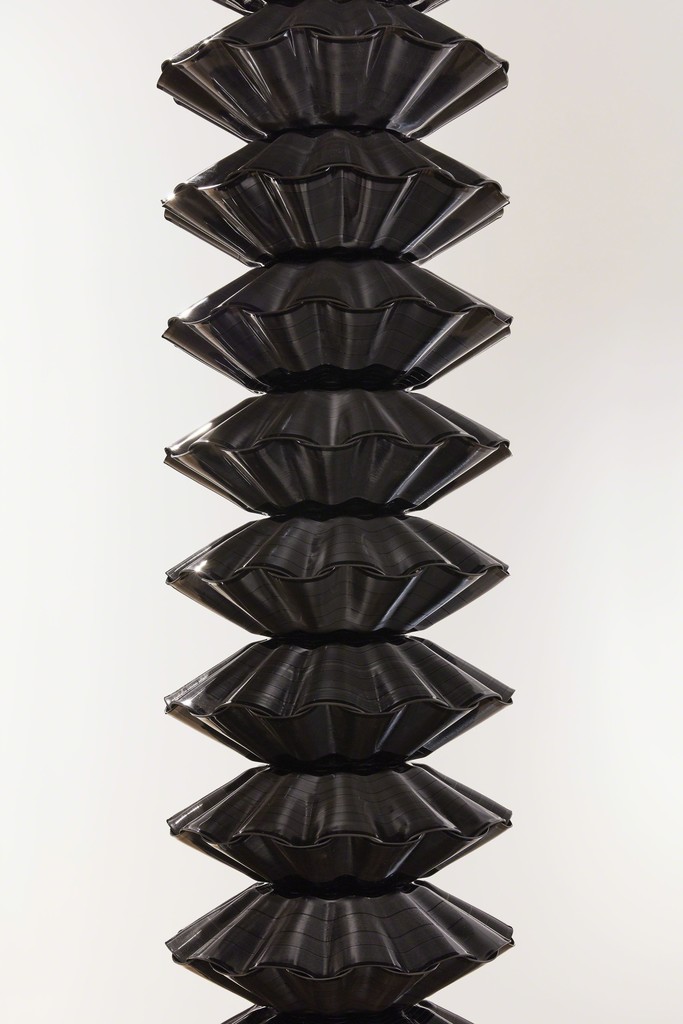 The German artist Gregor Hildebrandt (born 1974) typically mounts pre-recorded magnetic tape from audio cassettes and films directly to canvas. His titles refer back to the content of their materials, which creates a feedback loop in the beholder’s mind, composing fragments of memories, emotions, and associations from the title. The Berlin-based Hildebrandt is a professor at the Academy of Fine Arts in Munich. Hisworks have been exhibited throughout the world, including renowned institutions such as Berlinische Galerie in Berlin, Haus der Kunst in Munich, the Centre Pompidou in Paris, the ICA in Boston, the Miami Art Museum, the Margulies Collection in Miami, the Contemporary Art Museum in St Louis and the Helena Rubinstein Pavilion of the Tel Aviv Art Museum. Gregor Hildebrandt was awarded by the FalkenrotPreisträger prize in 2016 and his work was exhibited at the Bethanien Museum in Berlin.

For his exhibition Bilder malen wie Cure (“Painting Pictures Like The Cure”), Hildebrandt has created new collages from audio cassette tapes recorded with songs by the British band The Cure. Even though onlyone song is used for each work, often times multiple recordings are needed to cover the canvas surface – and those little spots between the dark strands mark the physical and musical beginning, or ending, of each song. zu tönende (1999) is one of the earliest works for which the artist employed cassette tapes arranged in close vertical lines. Inscribed in white paint with the sentence, ‘Bilder malen wie Cure’, the work marks the inception of many of the ideas, techniques, and leitmotifs that the artist continues to develop on up to this day.

For the column Cure Ornament (2016), Hildebrandt uses only vinyl records by The Cure. Since 2005, the artist has been making these sculptural vinyl disc columns out of stacked and shell-shaped record bowls in diverse and (in theory) endless variants, just as the musical pieces can be rearranged and embedded in new contexts. In this way, the disc columns take up the central theme of the exhibition and also references Constantin Brancusi’s Endless Column.

The work o.T. (Hermia) (2016) shows a still from the music video The Hanging Garden by The Cure, which the artist engraved on a granite panel. With its physical weight, the heavy piece contrasts with audio tape collages, as it is the only figurative piece in the otherwise dark and abstract exhibition. The image is of a marble sculpture - an Oceanid nymph from Greek mythology, reminiscent of Venus, the beautiful goddess of erotic desire, love, and longing - which can also find an echo in many of The Cure’s lyrics about the grief of love. Usually, iconic portraits of famous actresses in their role appear in Hildebrandt’sgranite works. Those beautiful women avoid looking directly at the beholder. Lost in thought, they stare off space. For the exhibited work, Hildebrandt uses an image of a sculpture for the first time. In a ghostlike appearance, the sculpture seems to be almost alive and with closed eyes she seems to have her gaze directed to her innermost core, dwelling upon her own thoughts and memories. Just like the
audio tape collages, the granite work only suggests and symbolizes a broader content and deeper meaning, as both only become visible inthe mind’s eye of the beholder.

The arrangement of the works in the exhibition Bilder malen wie Cure (“Painting Pictures Like The Cure”) is reminiscent of a rhythmic ribbon, or notes in a musical score. Each work almost monolithically stands for itself, and yet they all are intertwined. Together they tell a shared narrative, the one of the artist and the one of the beholder, each with their own experiences and memories, which the shimmery and glossy surface of the black cassette tapes seem to contain and to reflect.