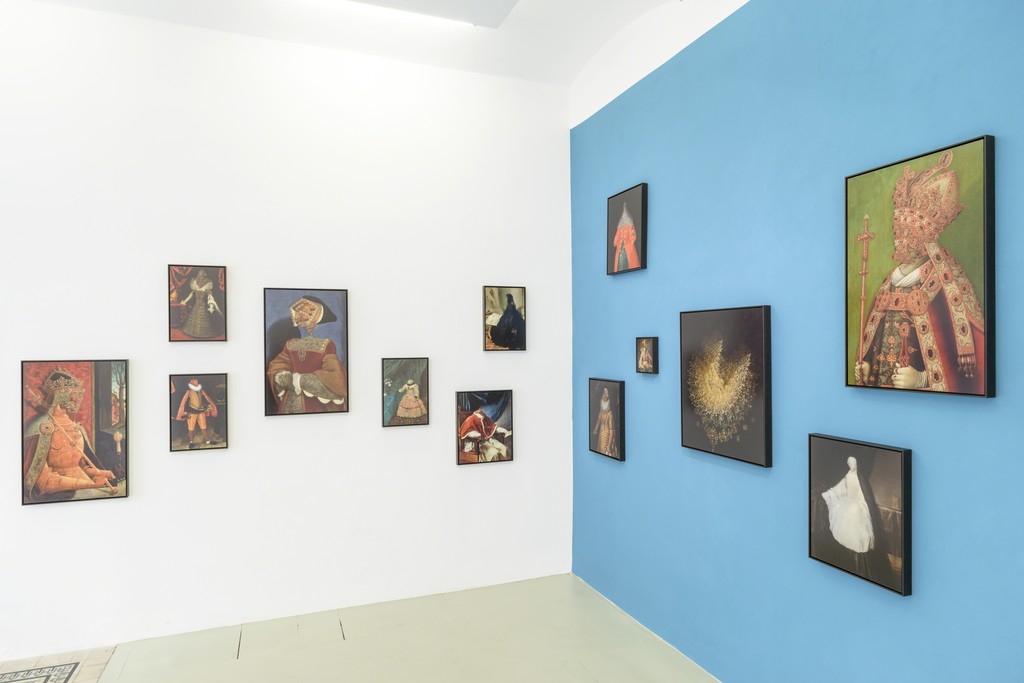 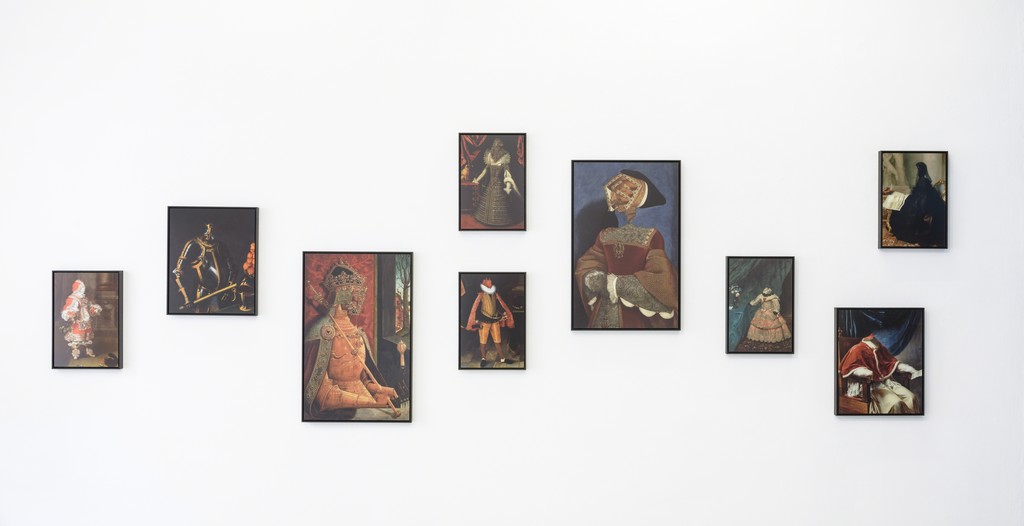 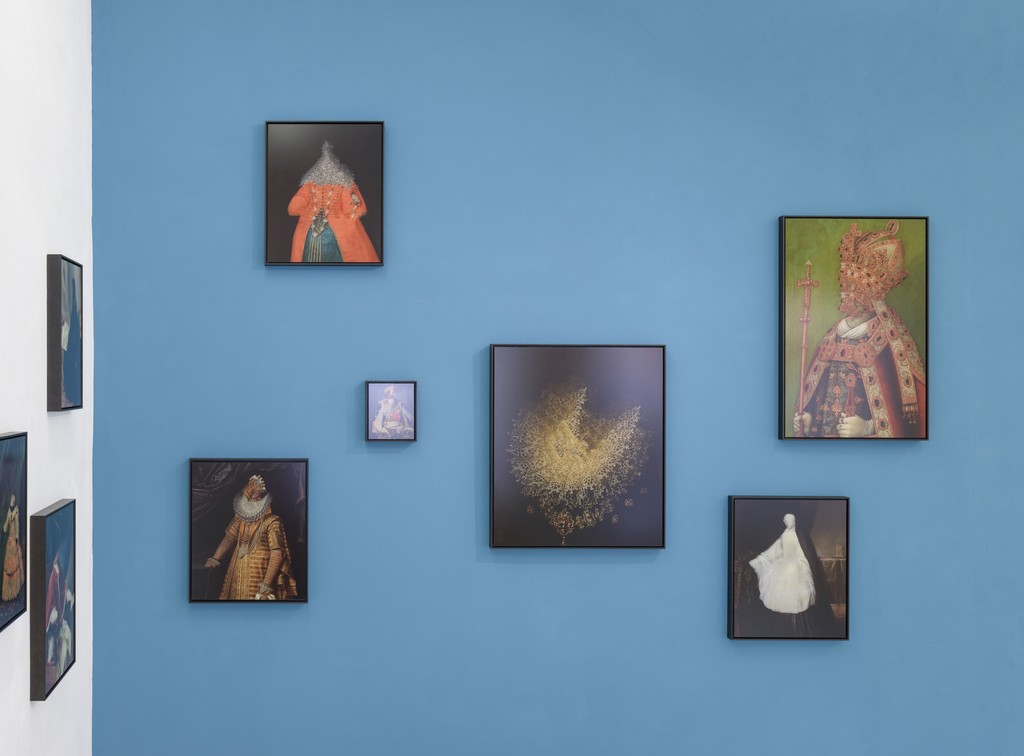 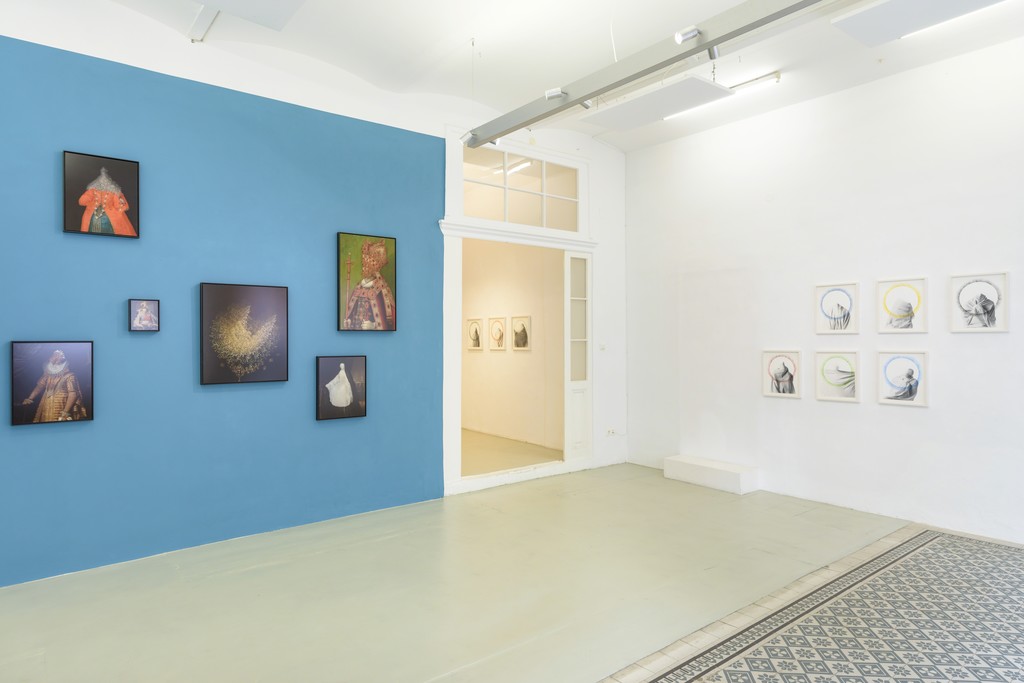 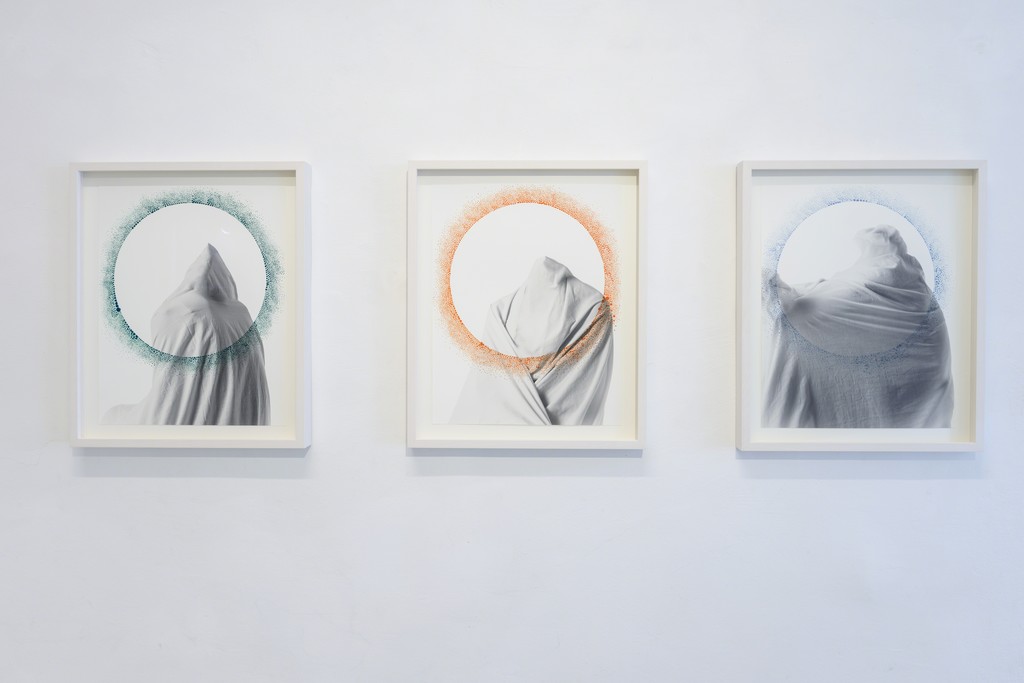 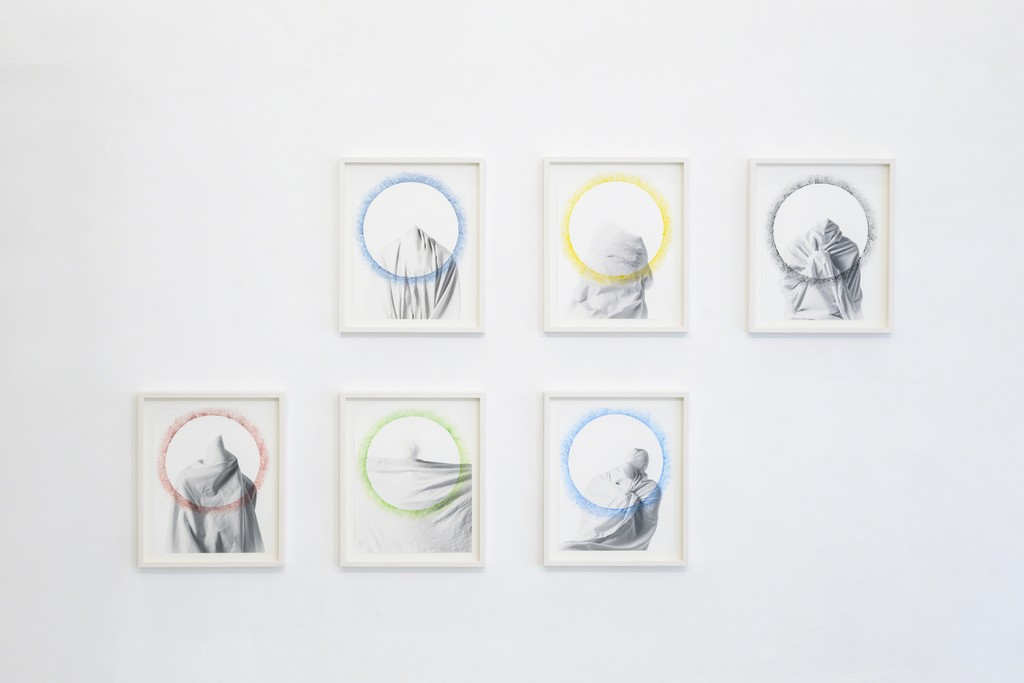 Gerlinde Miesenböck, who has been awarded many prizes and art residencies, is to show her fourth solo exhibition at Galerie Reinthaler in early autumn of 2018. “Capita“ (“Heads”) deals with the contemporary question of images in the digital photography of the 21st century, in particular with the associated implications for the representation of people. The focus is on dependencies between the (re-)presentation of people and their concealment, and therefore also with the blurry line between the figurative and the abstract.

For a long time, having a portrait made was the privilege of secular and religious rulers, and a sign of their power. These show “crowned and uncrowned” heads in ceremonial garb with authoritarian poses and attributes. The term “Capital” came into use in the early modern period from the Latin “caput” (head), which indicates the economic components of power. Gerlinde Miesenböck reaches back into this time before photography and reworks material from art history showing rulers of various epochs. By eliminating the faces, she shifts the focus to the nature of the representation: the powerful are not represented as individuals; instead they are revealed as prisoners of the courtly heteronomy of the self-image in the context of their time. In this way we see the conventions of how rulers or their successors in their respective epochs had to demonstrate their position in society. Today, too, leading political or economic figures have guidelines that determine how they are to be perceived by the public: interchangeable and uniform.
This series was motivated by the artist’s unease about the use of photographic media for surveillance and control, the extent to which photography can be manipulated, and the “exploitation” of the photographs of others – the latter being a longstanding ethical dilemma of photography. This contrasts with the frequent desire of individuals to craft their own public portrayal and media representation of themselves, which is now possible thanks to the Internet and social media. In both cases the ways photography can be manipulated are always part of the debate.

All the current series by Gerlinde Miesenböck work with automatic retouching of digital/digitized images. The artist selects the essential identifying characteristics of “face” and “skin” (e.g. on the hands) and makes them unrecognizable, but the computer’s algorithm decides which elements from the foreground/clothing and background/surroundings will fill in this selection. This makes the figures look uncanny, in some cases grotesque, in others sculptural. Its documentary quality means that the medium of photography is a constant reminder of our impermanence and mortality. These aspects are particularly emphasized by the irritating deformed images and ghost-like forms.

For Gerlinde Miesenböck, her work is generally not about specific people or their lives, but about larger themes, such as the question of what is home and what is foreign. As a result, she often visualizes people indirectly: implied, from behind. Her pictures hardly show portraits. However, since clothing, pose, and attributes have always indicated the role and status of the person, these factors take on an even more emphatic representative role. In her expanded portraits, the artist explores the borders between representing, implying, and no longer representing.