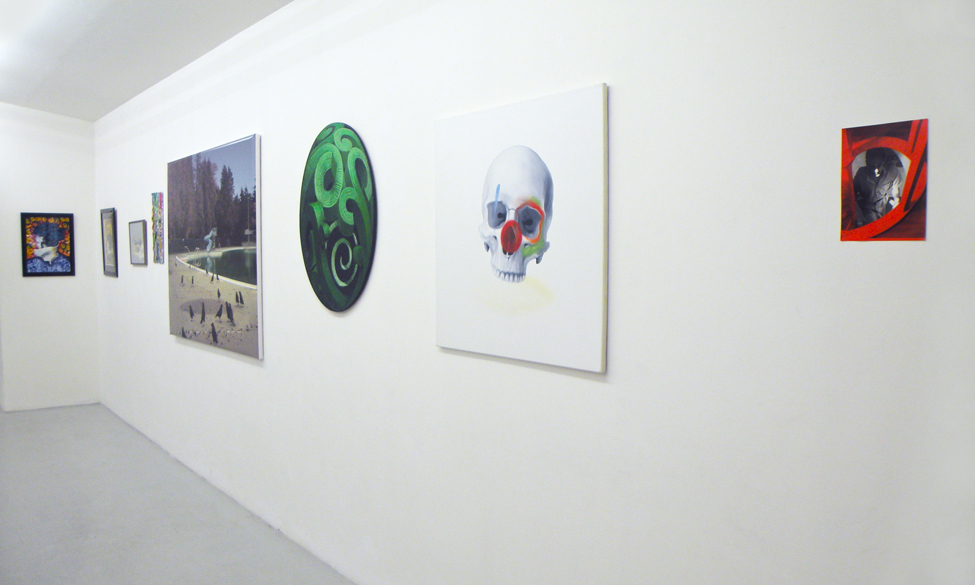 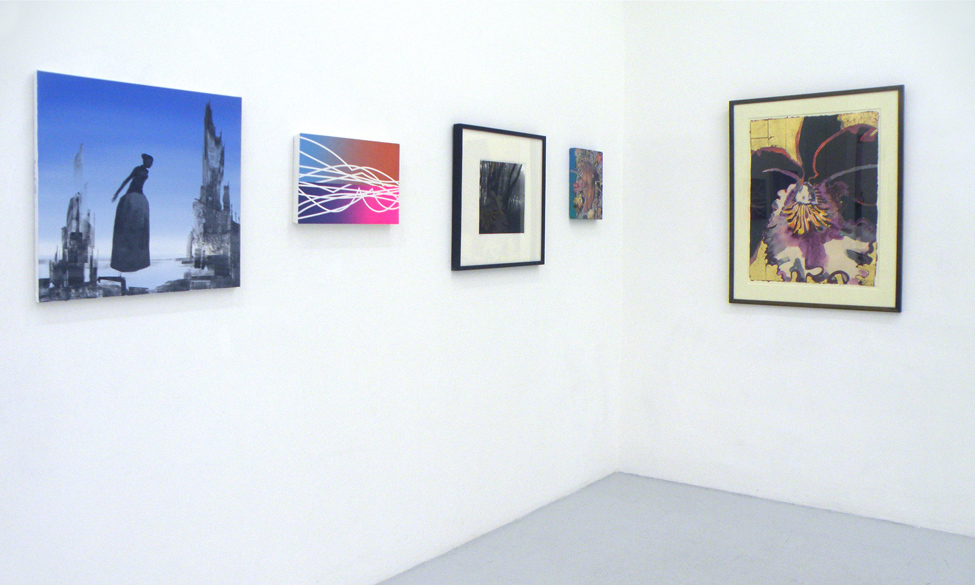 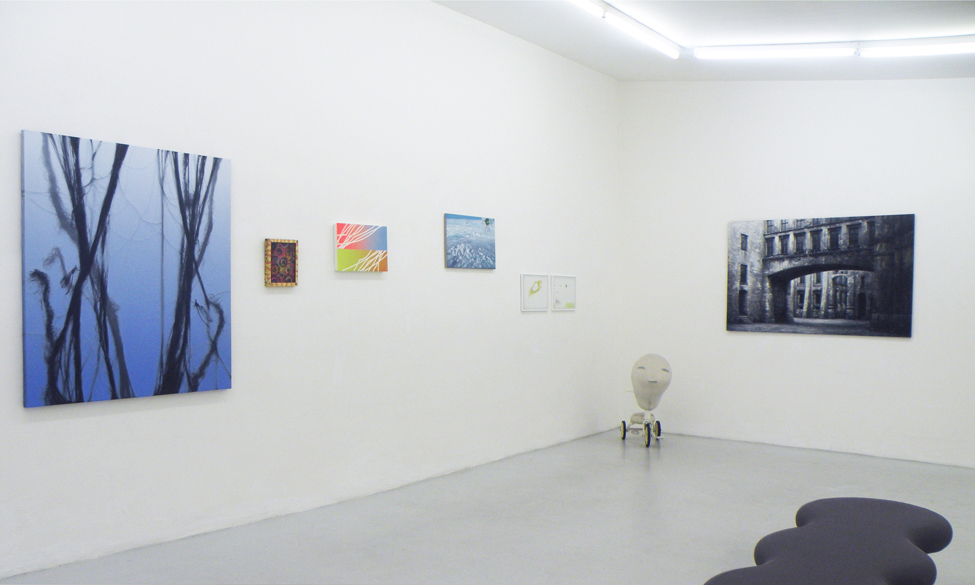 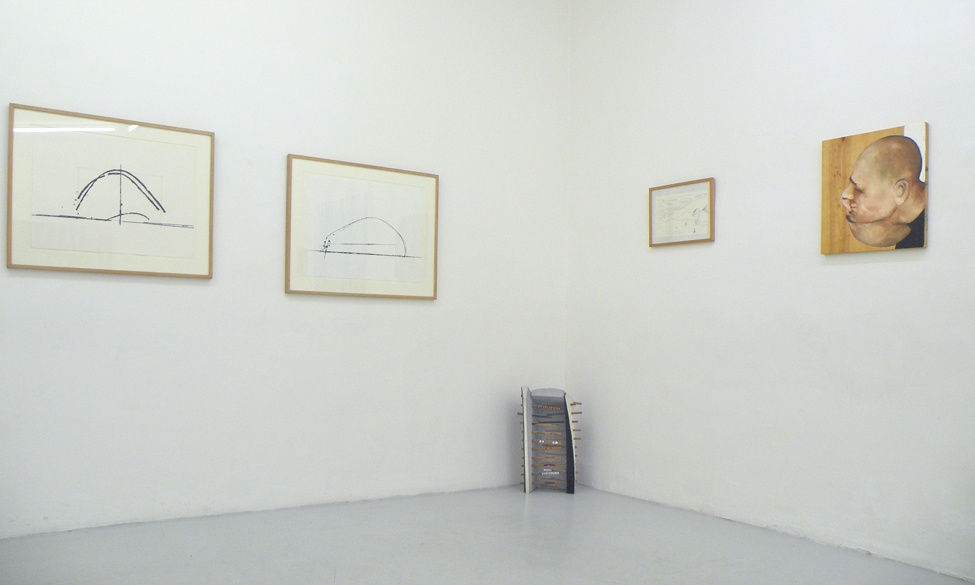 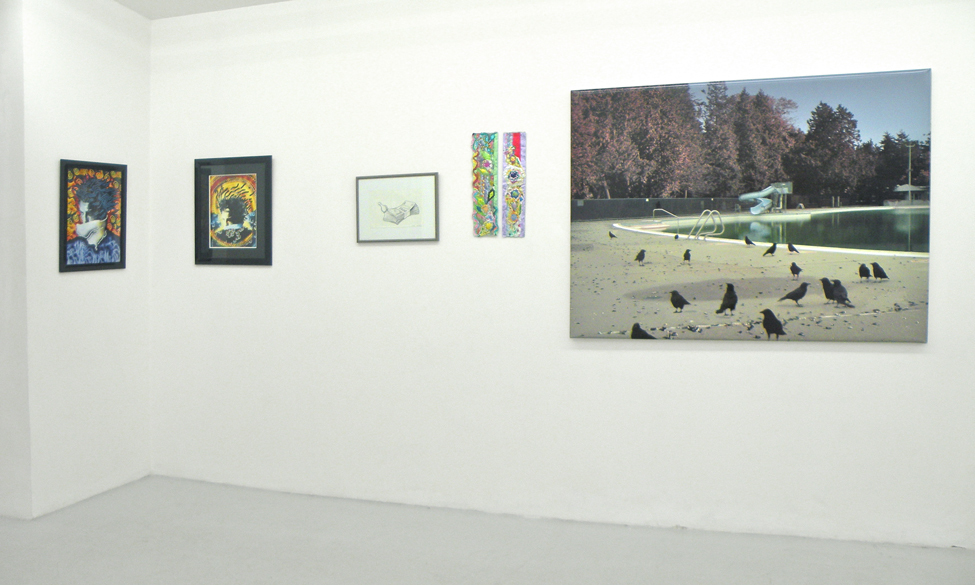 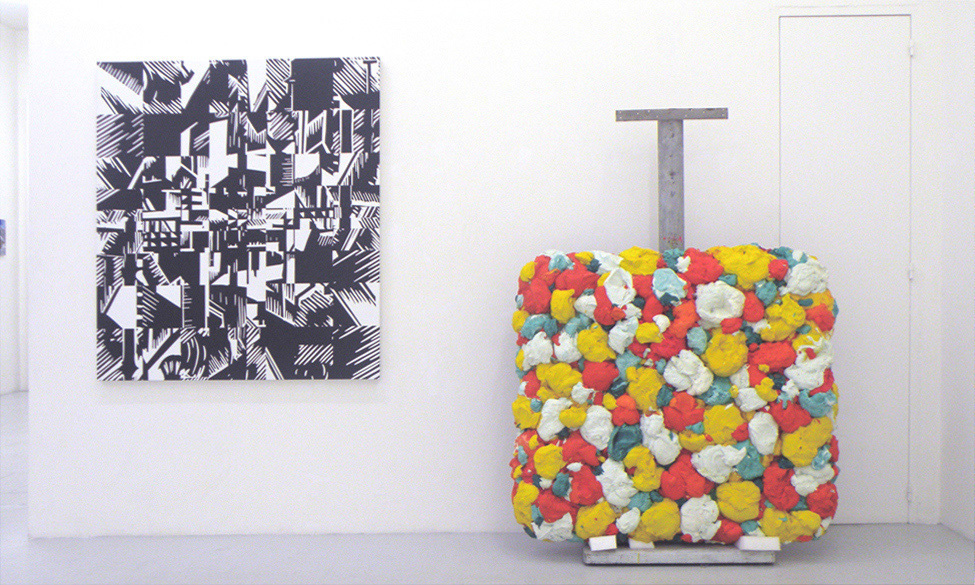 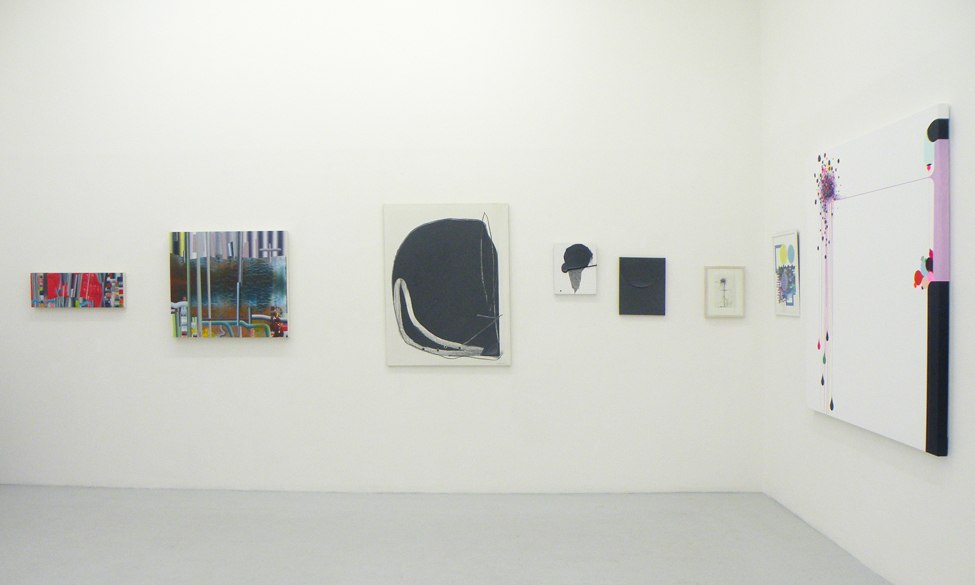 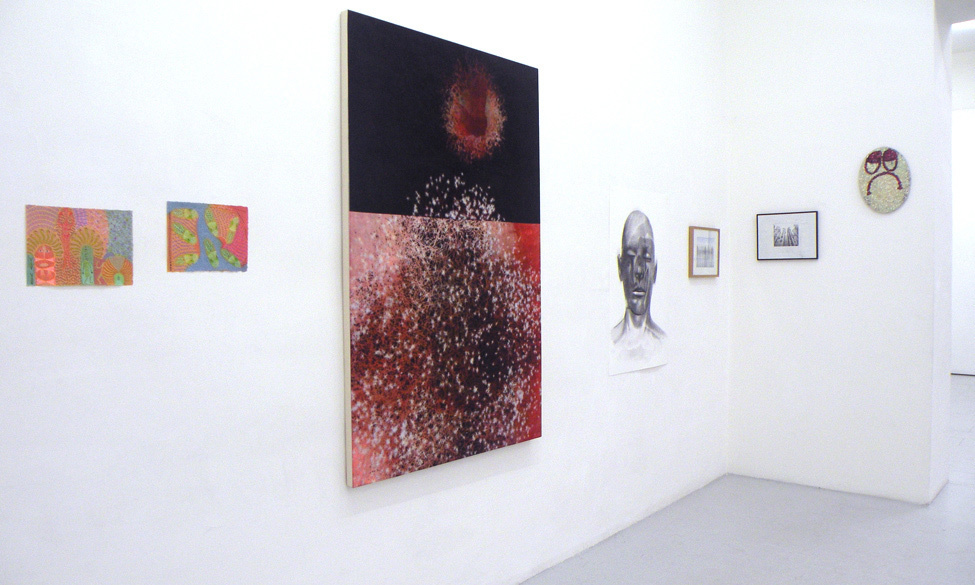 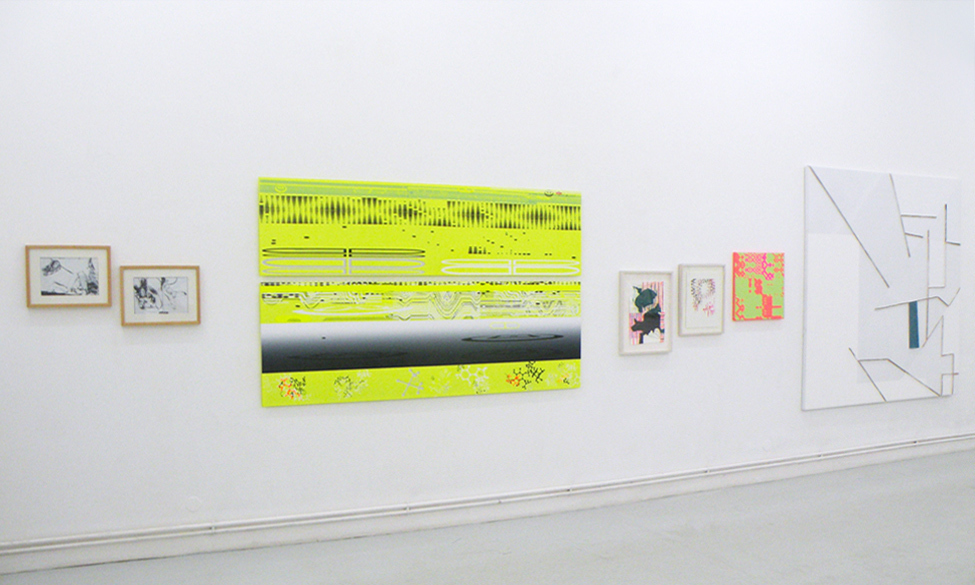 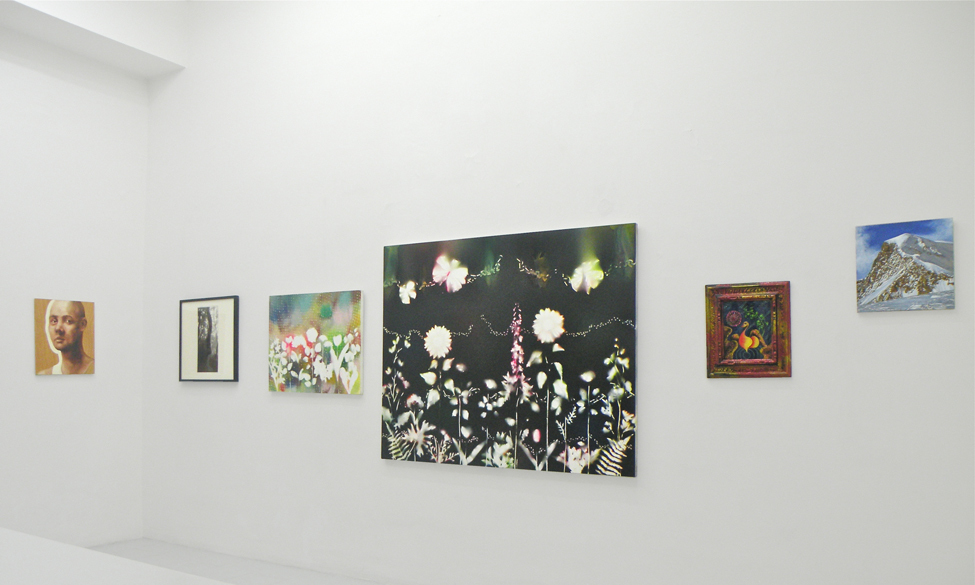 Galerie Richard presents 25 Years, a group show featuring more than 40 artists from the 13th to the 20th of September 2014. The show celebrates the 25 years of the gallery, which was founded by Jean-Luc and Takako Richard in September 1989 in Paris, Bastille. By marking the gallery’s 25 years, they are partaking in a longstanding tradition for gallery owners. It is indeed a cause for celebration, especially when the profession’s true potential and purpose is inextricably linked to the passage of time. Time is the foundation upon which the contemporary artists represented by the gallery obtain continual support and promotion for the betterment of their careers.
The show is an expression of gratitude towards the collectors, intellectuals, those in charge of cultural institutions, artists and critics who have supported the gallery over the years. The gallery surpasses business and becomes the ideal setting for those passionate about art; a place where friendships are made and relationships are created.
In order to make a selection of works for the show, they began by using an arbitrary rule that limited the artists who had had three solo shows at Galerie Richard, which represents 22 artists. Ultimately, they included other artists who exhibited several times at the beginning in group shows and whose works are being chosen from the Richards’ personal collection.
Patrons of the gallery will, of course, recognize the two French painters; Christophe Avella-Bagur whose first show dates back to 1992 and Hervé Heuzé who exhibited at the gallery in 2003 for the first time. Also, the Berliner painter, Stefan Hoenerloh, who has been showing regularly at the gallery since 1995 and Kiyoshi Nakagami who had his first exhibition in Europe at the gallery in 2003. On the Parisian art scene, Galerie Richard is regarded as having a particular expertise in, and strong understanding of, American art of the last 25 years. Their first few shows boldly introduced artists belonging to the Barocco-Kitsch genre, also known as Camp or Maximalism, comprised of Arch Connelly, Thomas Lanigan-Schmidt, Pepon Osorio (absent from the show), as well as a group of abstract painters since 2000 including, Ron Gorchov, Shirley Kaneda, Linda Besemer, Carl Fudge, Adam Ross, David Ryan, Beverly Fishman…
The French-Japanese gallery also features Kiyoshi Nakagami, Risa Sato, Yuichi Higashionna, and of course Takesada Matsutani. Multi-dimensional works will also be featured with sculptures by Peter Rogiers, Joost van den Toorn, Risa Sato, in addition to a three-dimensional painting by Bram Bogart. The show is comprised mainly of small-scale pieces, thus excluding the inflatable sculptures by Korean artist, Choi Jeong Hwa, instead his Michael Jackson totemic plastic gods will be on view. Digital Art is a common thread that continues from Artus Pixel to Joseph Nechvatal, including Carl Fudge and Benjamin Edwards, all represented in the show.
25 years have been marked by a strong continuity and coherence as well as a diversity that symbolizes the willingness, curiosity, and open-mindedness of both gallery owners. By including a large number of artists in the show and creating a thorough list of every artist exhibited in the gallery, they have remained loyal to their decisions while resisting the temptation to rewrite history. In order to preserve the privacy of the show with collectors, they rejected a “best of” show, which would appeal more to a media consumerist agenda and instead, choose mostly small and medium size work to create an intimate experience for the viewer. Because of similar reasons, they did not self-publish a book whose idealized message would have been opposite to their personnalities. It was obvious for them that the event takes place in the gallery, where contemporary art can ben discovered and admired by collectors and amateurs alike; and where connections and friendships are founded between people with a shared affinity for art. This show also coincidentally marks the third anniversary of Galerie Richard in New York City, the location has now become their main gallery.