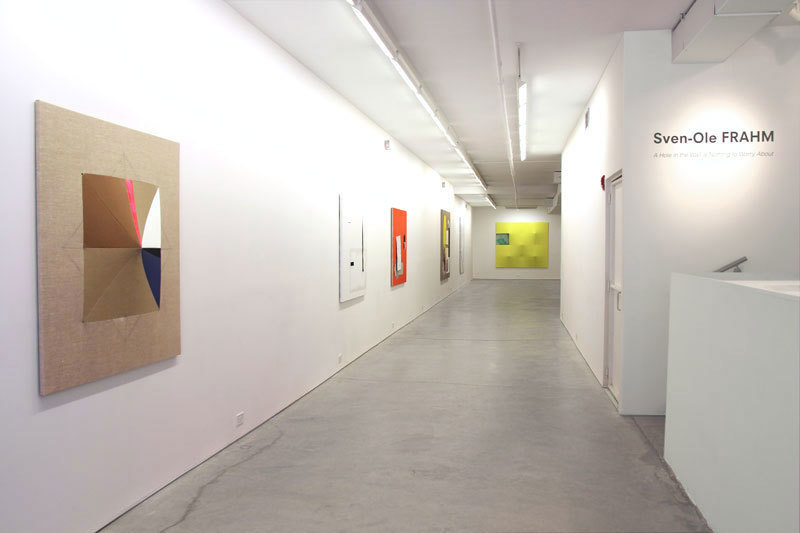 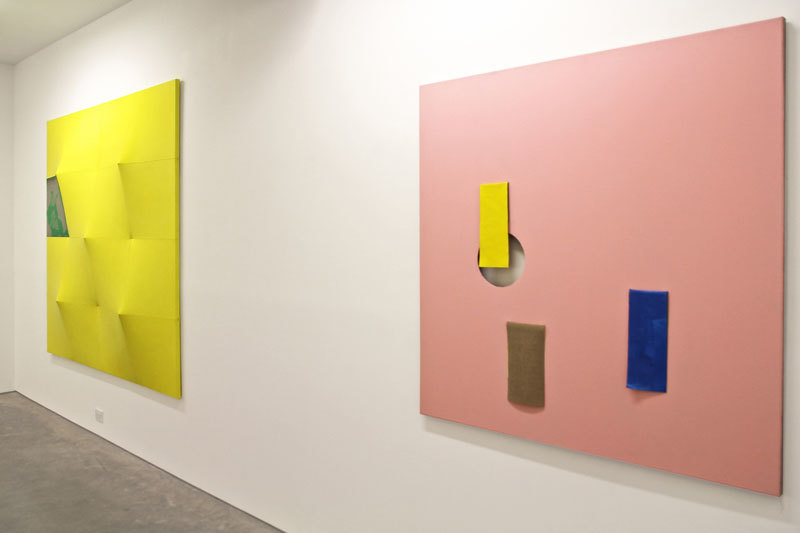 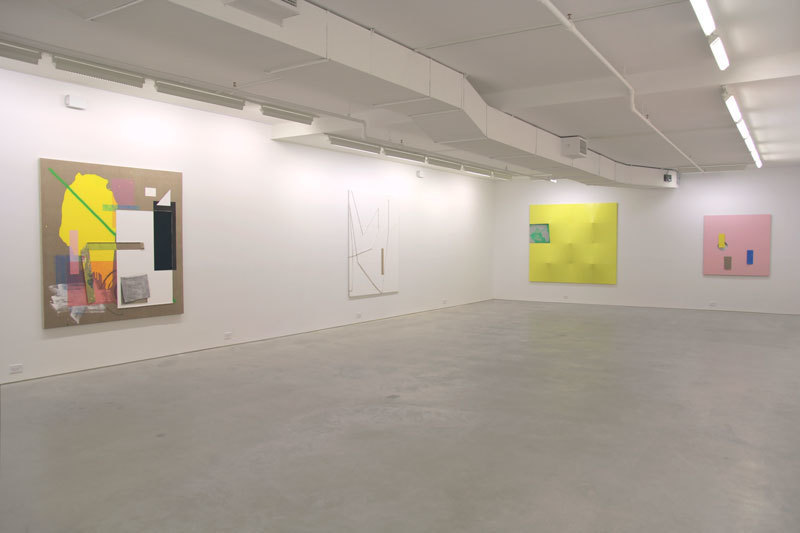 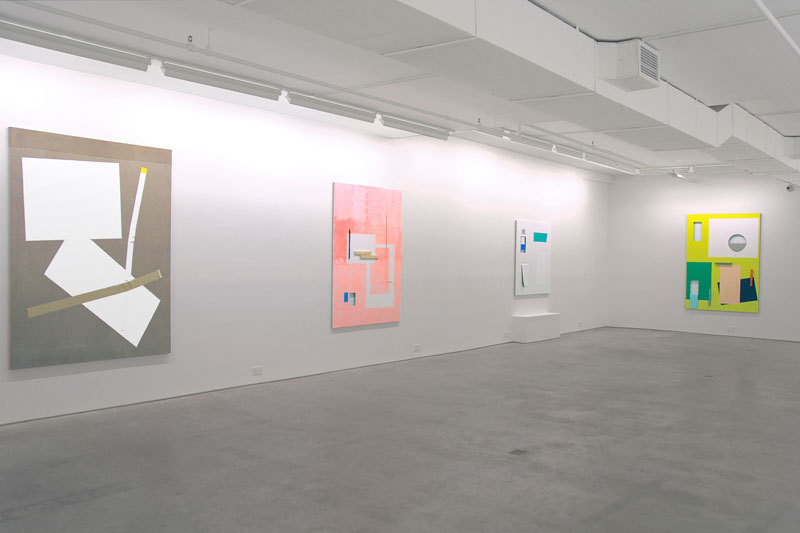 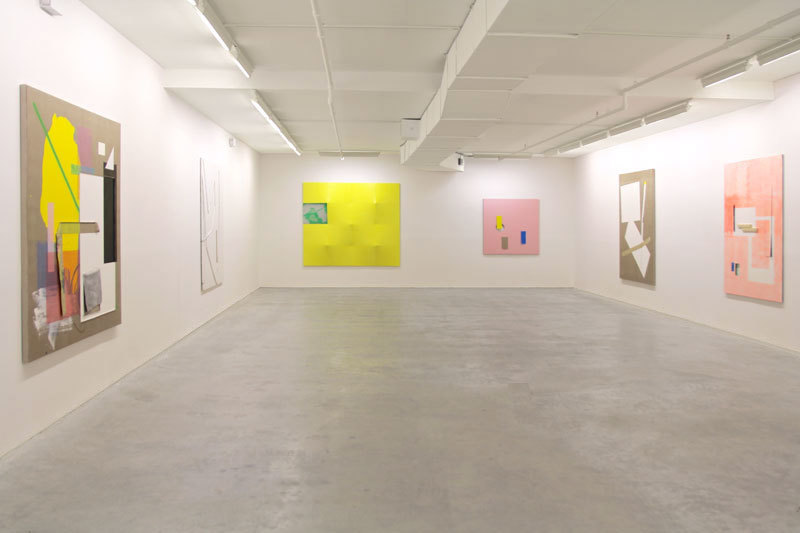 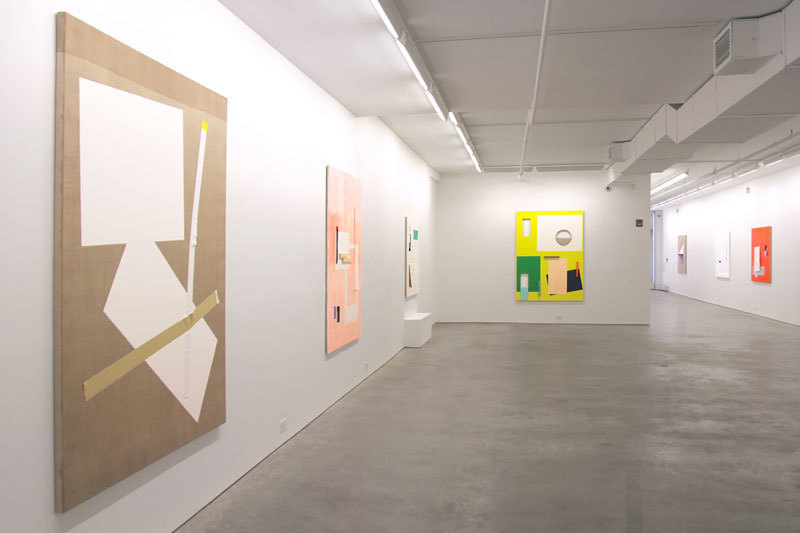 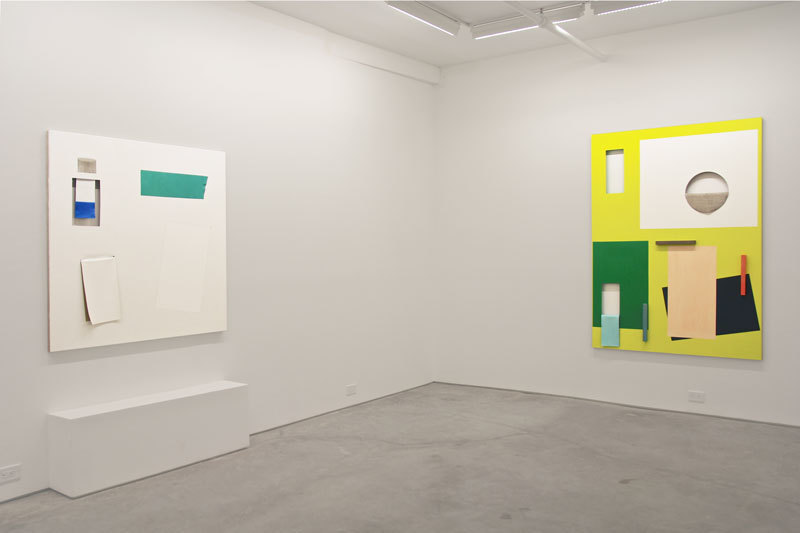 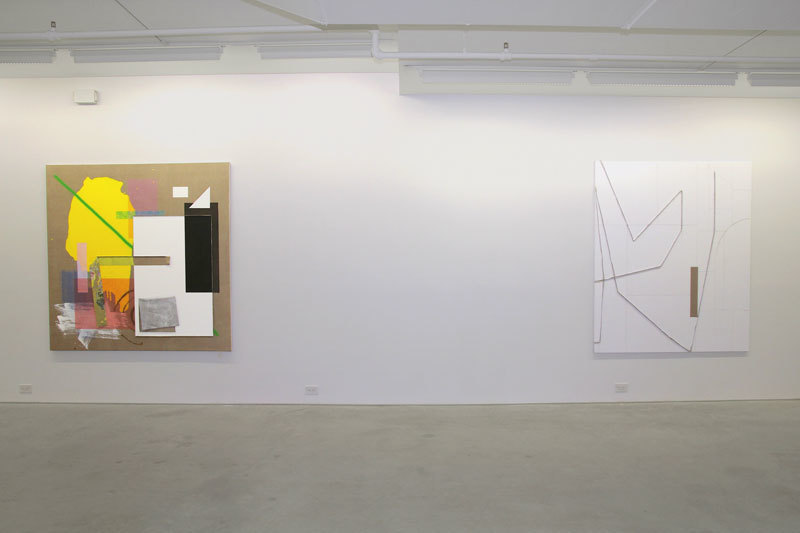 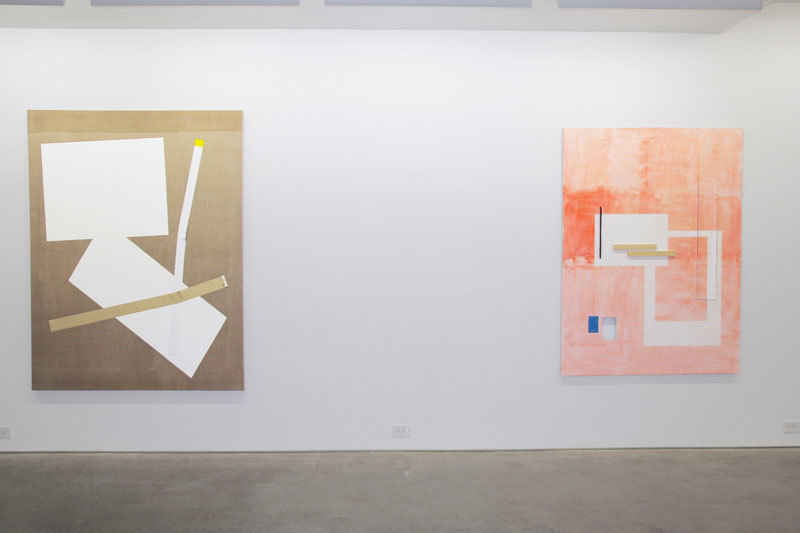 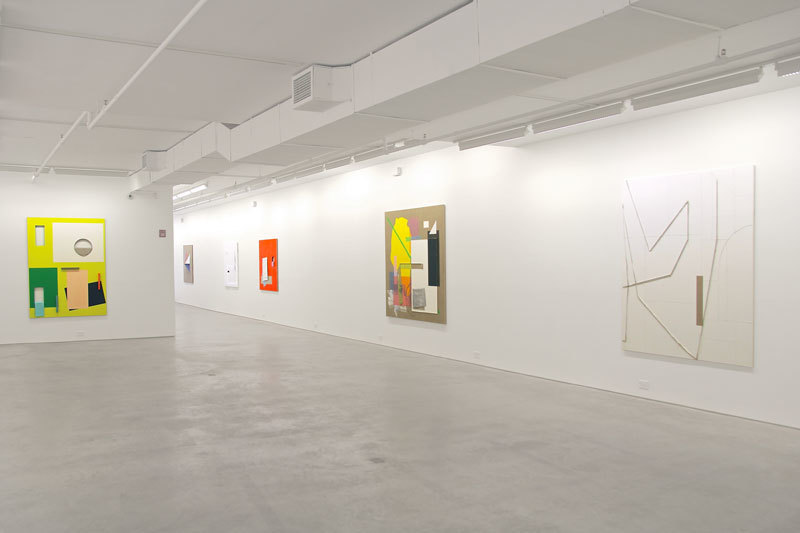 Galerie Richard New York is pleased to present Sven-Ole Frahm’s first exhibition in the United States from June 20th through August 16th, 2013. Galerie Richard Paris has been representing this German artist since 2007. By cutting painted canvases and sewing them together, the artist develops a new role for the canvas by using the material itself to replace the pictorial paint gesture. His works are distinctive by the quality of their compositions, which allow him to experiment in new expressive ways.

The title “A Hole in the Wall is Nothing to Worry About” expresses the idea that the artist’s practice is one of experimenting and risk taking. Engaging oneself and playing with the unexpected, are part of his creative process. In his first paintings, he poured highly viscous acrylic paint on canvas laid out on the ground. The medium spread freely along the uneven surface of the ground, and was guided by the artist who manipulated the flow of paint. Frahm destroyed the resulting two-color painting by cutting it up into geometric sections, and then assembled the pieces by sewing them back together. We are faced with a destruction-creation process, which was advocated by the economist Joseph Schumpeter, and with a deconstructive process, expressed by philosopher Jacques Derrida. In the newly exhibited works he deliberately, consciously and meticulously cut circles and rectangles in the canvas. Some of the cuts leave hanging strips of canvas, showing the viewer both sides of the painting.

Previously, the artist had cut and sewn painted canvas with formal shapes, such as stripes. In most of the new works, every color and shape is no longer a painted gesture. It is now expressed by using the canvas as a material in itself. Both Frahm and the French artist group Support-Surface use the canvas itself as a medium but, unlike Support-Surface, Frahm does not separate the canvas linen from the stretcher, maintaining the painting’s integrity.

In several paintings, the painter shows you the natural colored texture of the linen. The stitching, repeated needle marks, and bits of thread show a determination for attachment and render the materiality, texture and physical presence of the work much more salient. The materiality of the paint on the pure linen, the juxtaposition of sewn and falling strips of canvas, and the three dimensional expansion into pyramidal volumes, emphasize this physical experience.

The sewing process is not a frivolous act. Instead it is this technique that allows him to fuse a constructivist composition with a fluid organic one, thus creating a visual oxymoron. The composition is the finality of the sewing process enacted upon the painting. Frahm is renowned for his multilayered compositions as a systematic extension of the pictorial space, and he is direct with his choice in the title of the exposition. When color and composition come together in a painting, a hole is nothing to worry about.

Sven-Ole Frahm (b.1972) lives and works in Berlin. He graduated from the Art Academy in Dusseldorf in 2001. Frahm has won the prestigious German prize for painting, the ‘Bergischer Kunstpreis’ at Solingen Art Museum in 2006. He took part in the exhibition Compilation III at the Kunsthalle in Düsseldorf in 2007. His work has been exhibited in galleries throughout Europe including Paris, Berlin, Düsseldorf, Amsterdam.