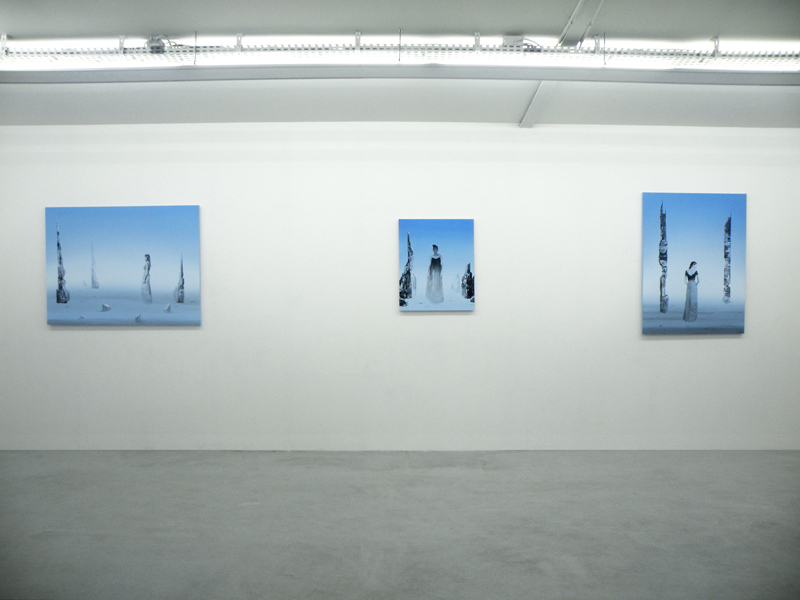 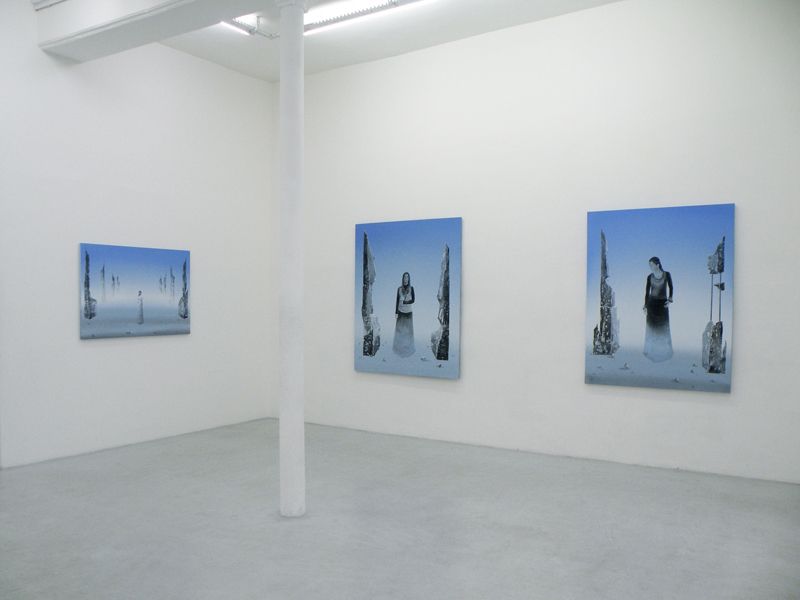 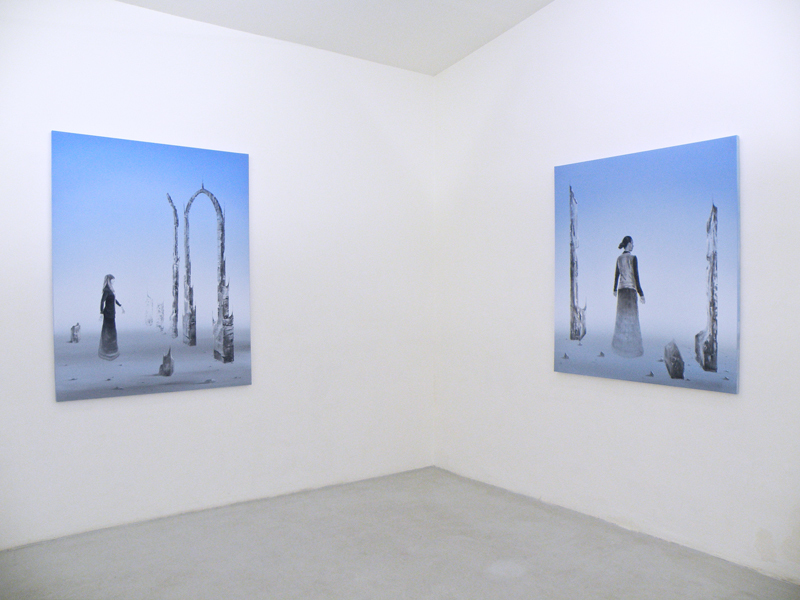 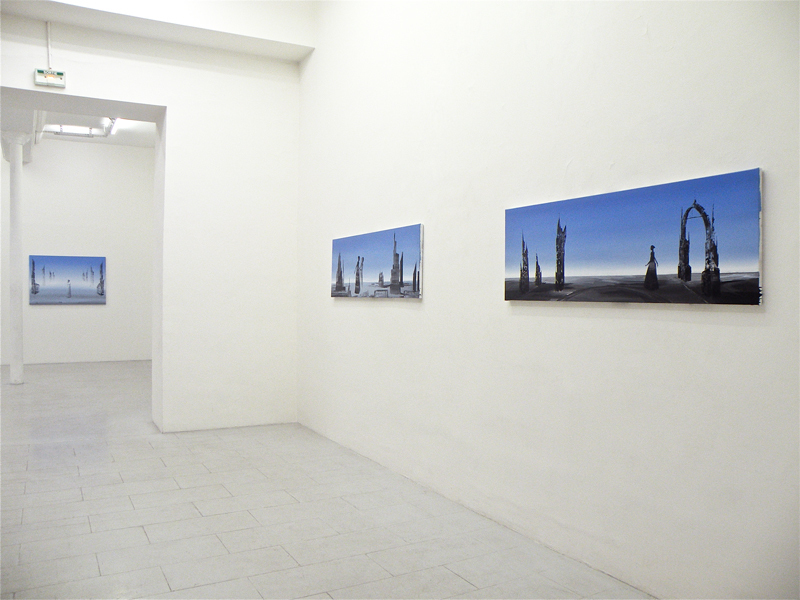 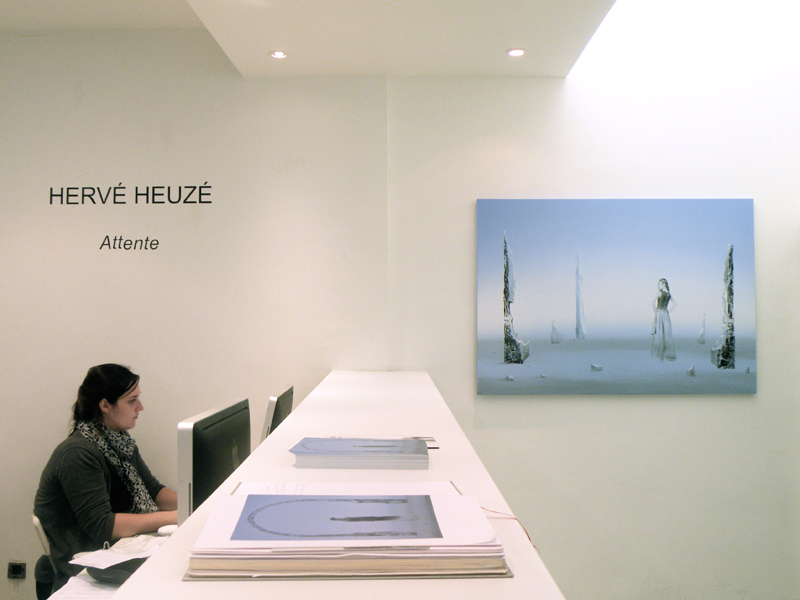 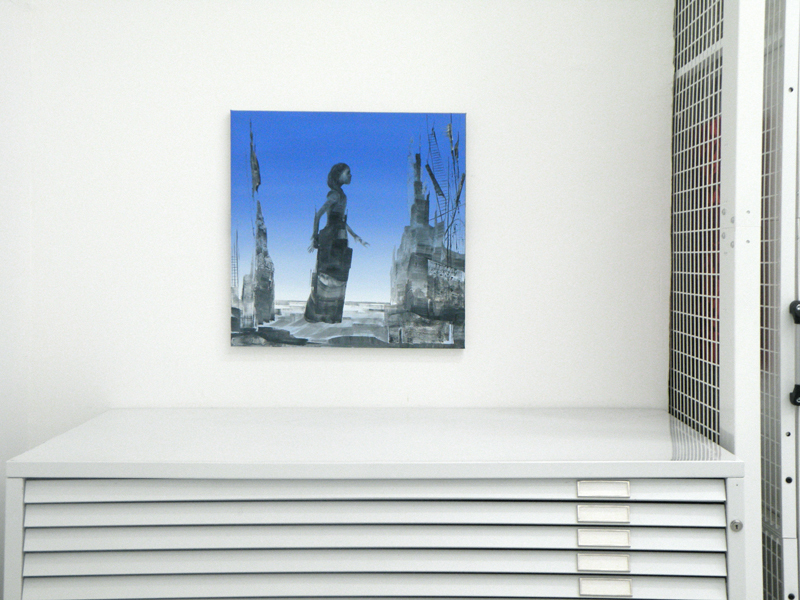 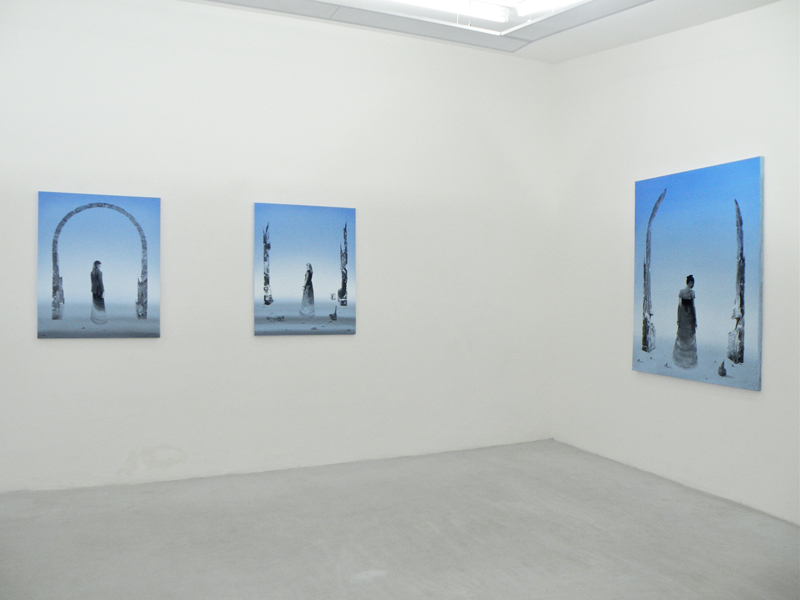 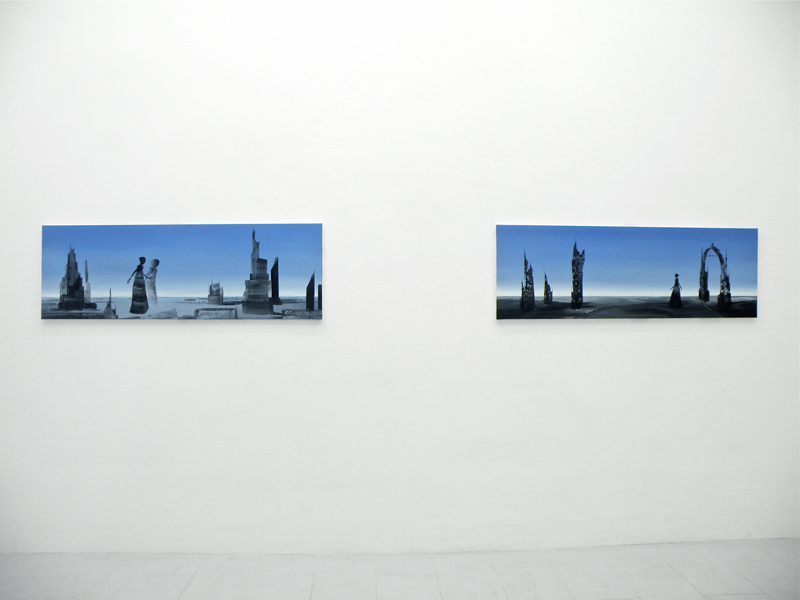 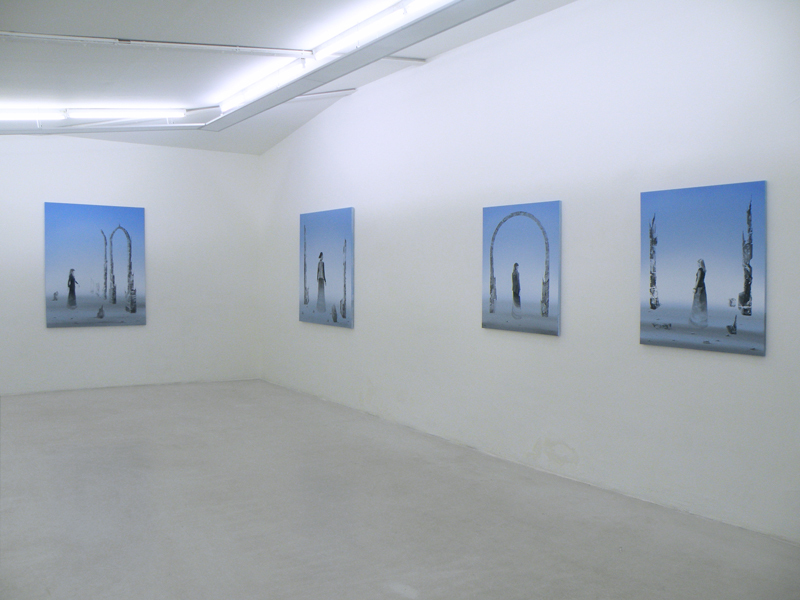 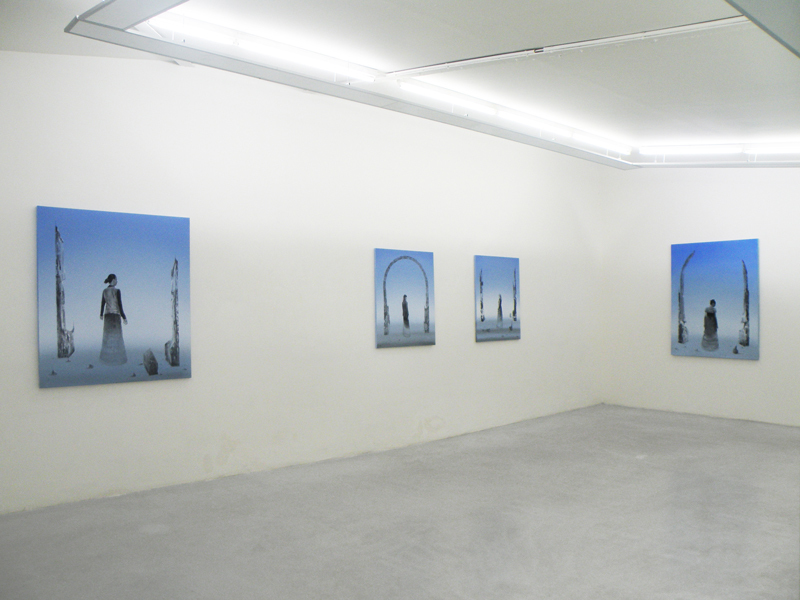 Galerie Richard Paris presents Hervé Heuzé's sixth solo exhibition at the gallery entitled Attente from June 8 to July 20, 2013. Born in Rouen in 1964, Hervé Heuzé is a figurative painter who manifests a particular sensitivity for painted light.

In a landscape of flat, blue, and infinite desert, the rocks, concrete blocks, and the remains of arches bear witness to the remains of human construction. it is reminiscent of the paintings by Max Ernst except that you would search in vain for the hiding human depictions amongst the rubble.

The figure appears in the center of the paintings in the form of a young forsaken woman and usually engages the viewer from the back with a three quarter turn. The viewer is pulled into the painting in part by the character's bias. These woman are dressed in present-day clothing. However, their presence also seems ghostly, like floating figures, due to their very long dresses or skirts.

Hervé Heuzé has alternated from oil painting with a brush to acrylic paint with a compressor throughout his painting career. In his first paintings, he possessed strong brushstrokes with oil and was inspired by the Alpine mountains. Since 2006 he has gone beyond oil to acrylic spray painting, which allows him to create his infinite blue environments with sumptuous shading. For the first time, the artist simultaneously uses these two techniques in his new series. The architectural blocks are treated in thick, large layers, while the feminine character and the landscape keep the lightness of acrylic painting diffused in compressed air. This dual technique adds a new profound richness and allows pleasure, associated in a figurative aspect as well as in an abstract aspect, to be found in the painting.

Hervé Heuzé's new paintings represent this waiting psychological state, waiting like an idle moment that opens to a dream. These works are able to become settings of contemporary theatre that deal with the human condition in solitude.

Hervé Heuzé regularly presents at the Galerie Richard in Paris and in international art fairs. He participated in a group exhibition in 2013 at the Borusan Contemporary museum in Istanbul, Turkey. He had solo exhibitions in 2011 at the Middle Space Gallery in Peking and in 2010 at the Emily Davis Gallery at the University of Akron in Ohio, USA.