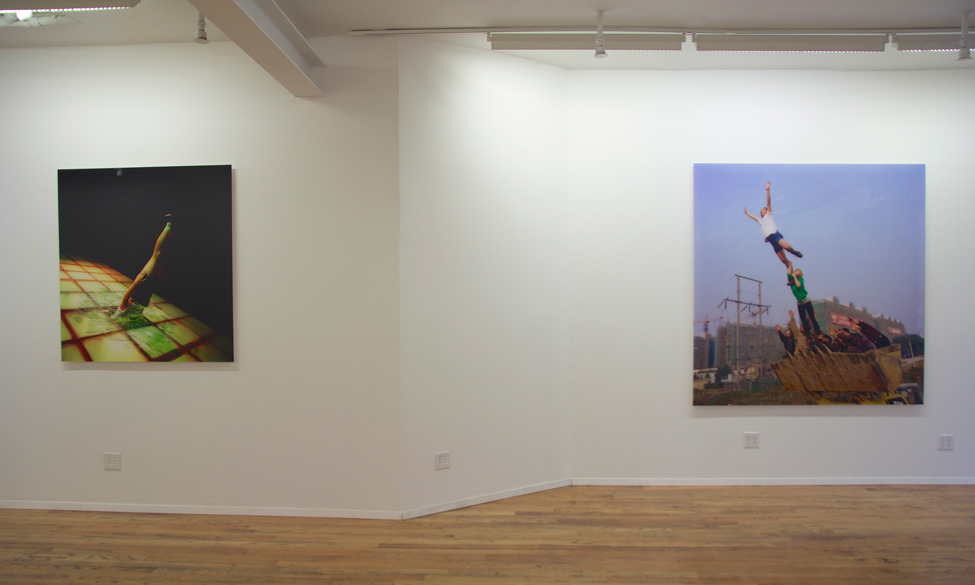 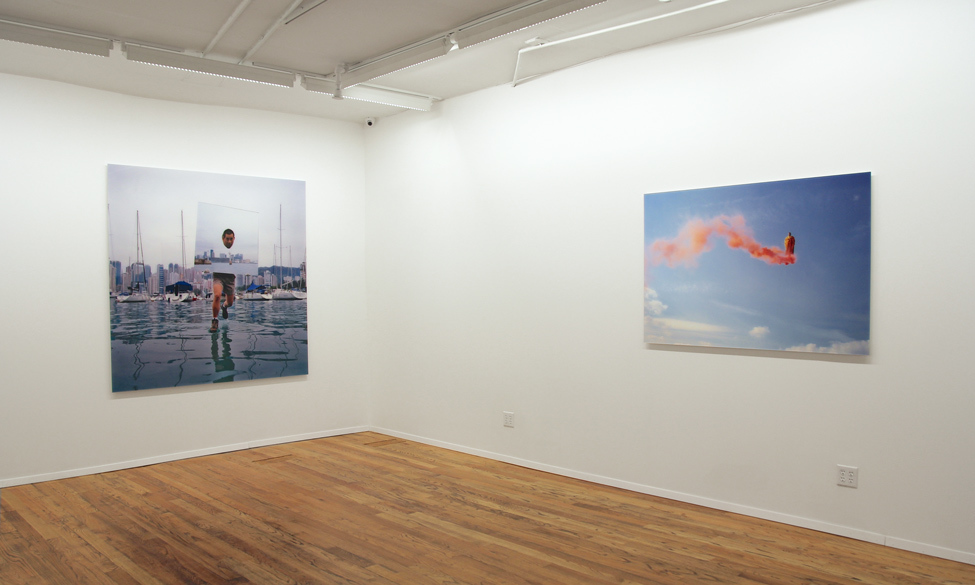 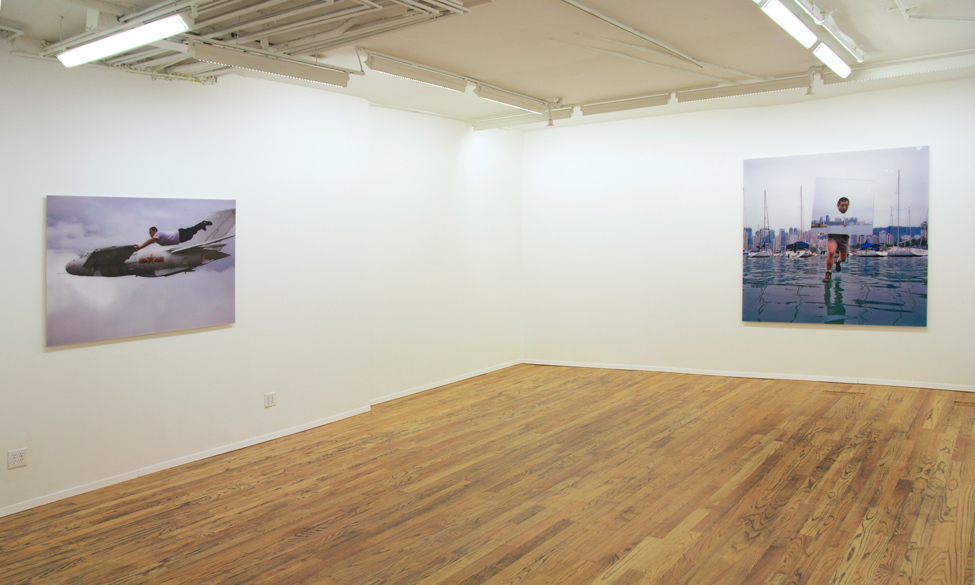 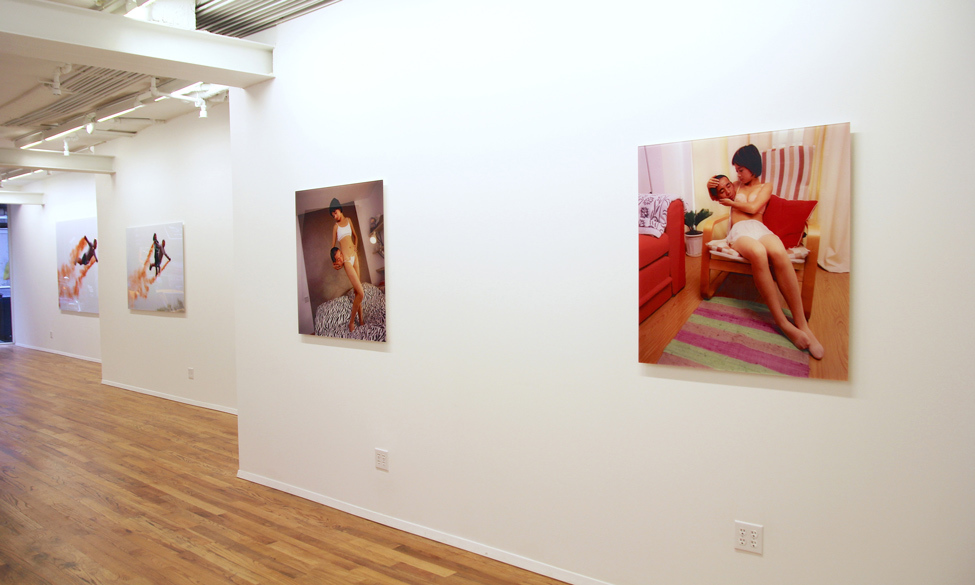 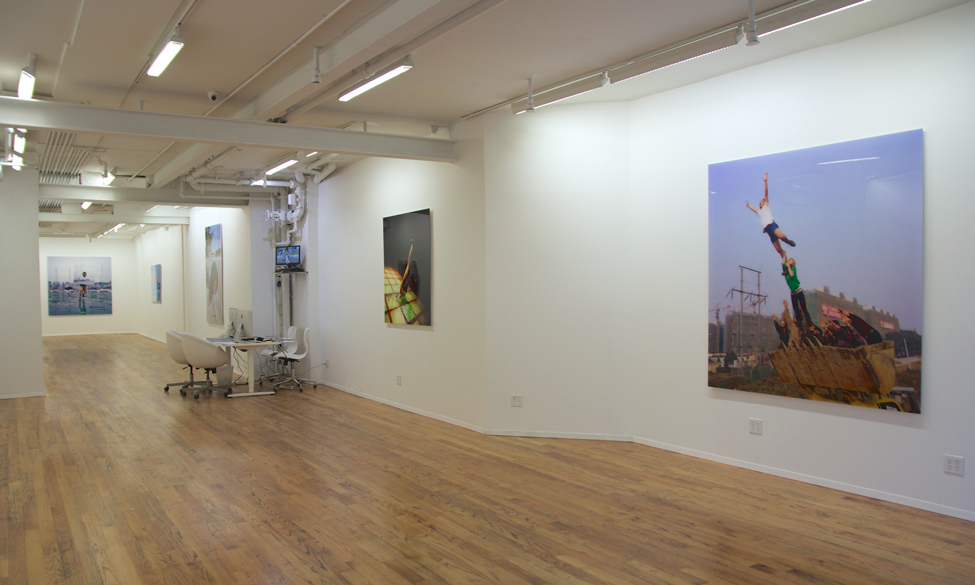 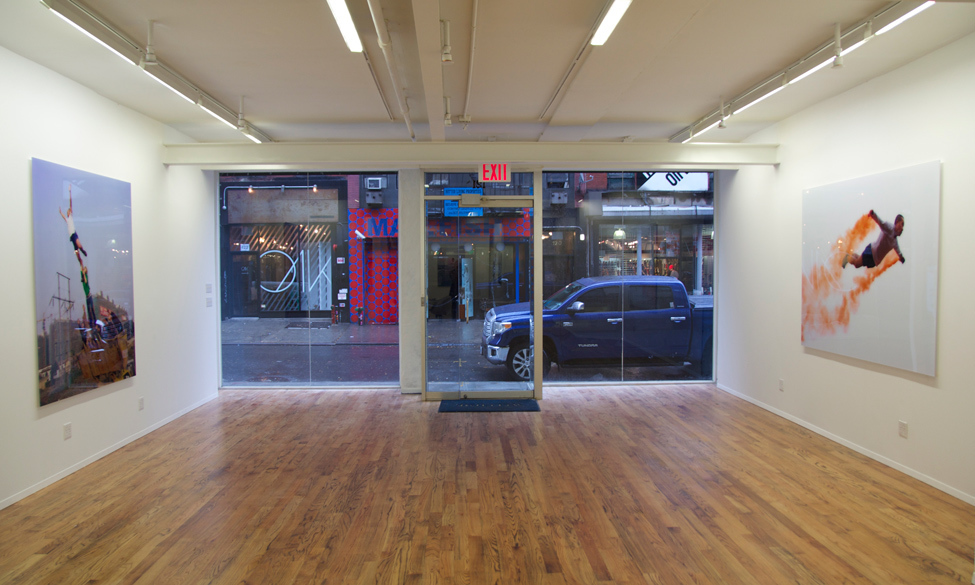 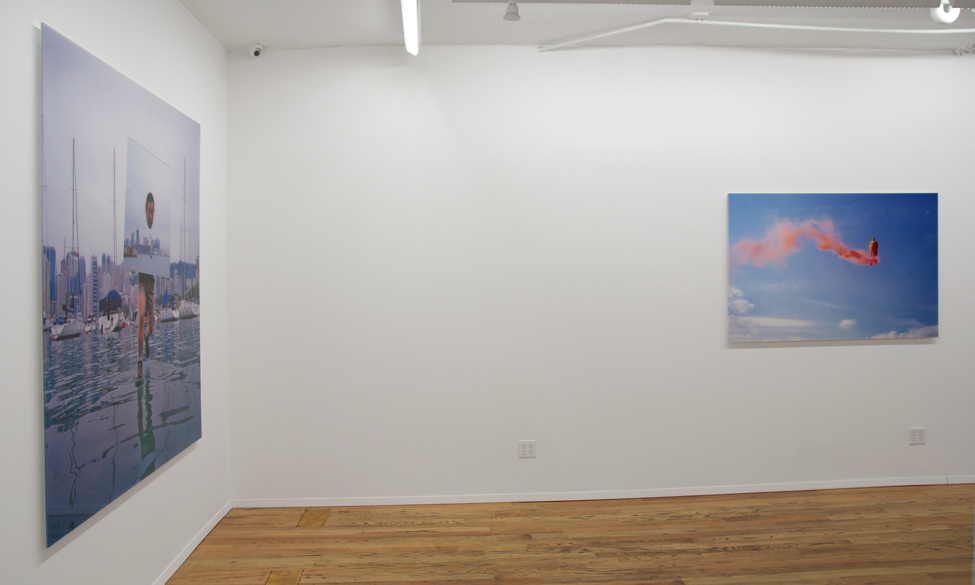 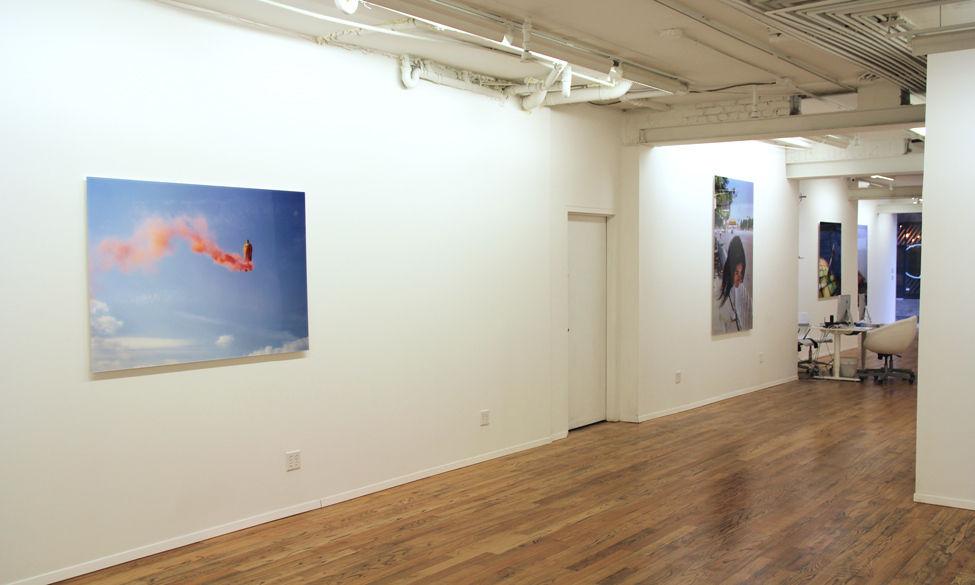 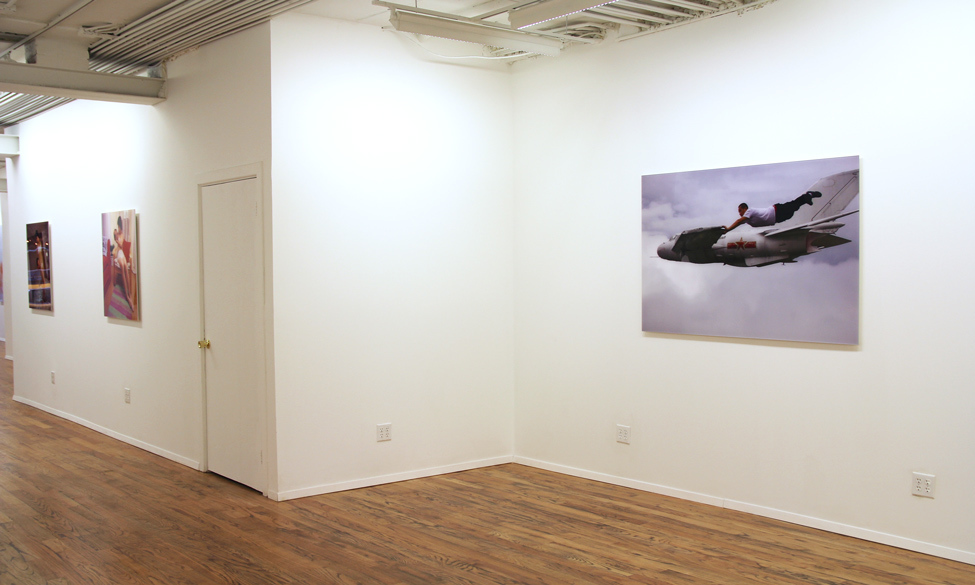 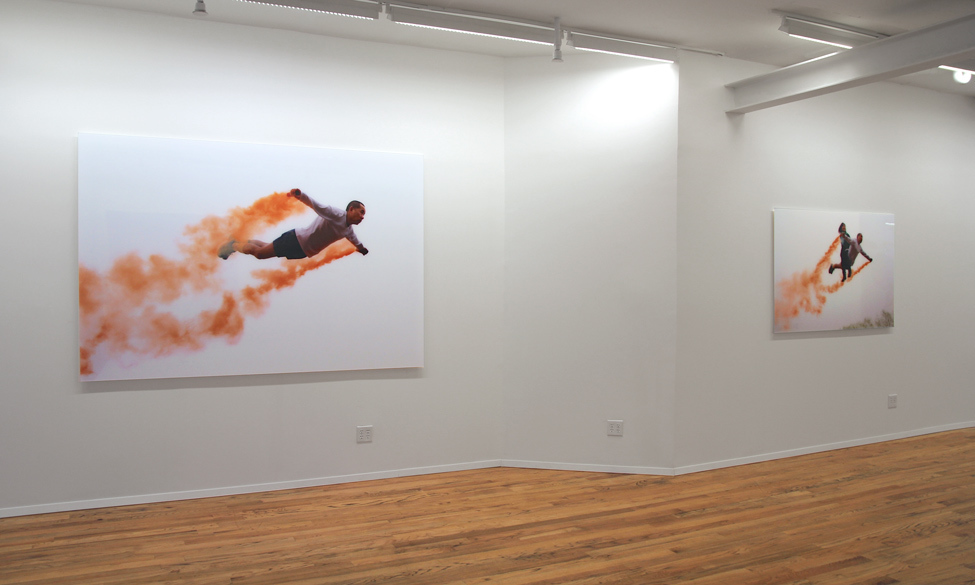 Galerie Richard is pleased to announce Li Wei’s debut exhibition with the gallery in its new space located at 121 Orchard Street, New York, New York 10002. Beyond Gravity is an exhibition of ten major selected works from his beginnings up to now and will be on view from October 9 through November 14, 2015. An opening reception for the artist will be held on Friday, October 9 from 5 to 8 p.m.

Writing about his work in 2008 Wang Chunchen, from China Central Academy of Fine Arts, Beijing, said ”Li Wei is one of the most influential contemporary artists of China and he has focused on his idiosyncratic performance since 1999.”

Galerie Richard presents ten selected photo-performances Li Wei has staged between 2000 and 2012 in China and worldwide. They attest the variety and the universalism of his subjects and his exceptional creativity beyond limits. Li Wei’s art is made for New York City, the city of Batman and Spiderman, a city for competitors that go further than anybody else to make the difference. Like Leonardo da Vinci who invented a flying machine for humans, Li Wei works deal with the concept of escaping physical gravity. They can be frightening like the feeling of falling (Icarus) and the feeling of vertigo. They can be liberating with the pleasant feeling to fly. His photographs can be humorous with a reverse gravity pushing you up. They open you to all possibilities like running on the sea or standing on a cloud like gods and saints in religious paintings. The show displays some of his first works representing the artist’s head floating in space. Two of them relate a relationship between him and a young woman.

Li Wei’s works expresses the irrepressible need of freedom. At the same time he believes that within China’s quickly shifting society many people feel that they are losing their grip and that they cannot take anything for granted. His photos question our perceptions of space, for example by playing with mirrors, and challenge the frontiers between reality and fantasy. Li Wei also embraces personal concerns like love, family, happiness and disappointment.

Li Wei's art is a difficult and complex process mixing acrobatics and photography. Floating in the air, on the top of a skyscraper, or falling upside down from the sky, with his head embedded into the ground, the Chinese artist mobilize cranes, helicopters, scaffoldings and thin steal wires to be tied on his ankles and/or other parts of his body to hold himself up or catch himself not falling down to achieve his preconceived perfect images. Only the wires and scaffolding that keep Li Wei's body suspended have been cropped out of the photos with Photoshop.

Li Wei was born in 1970 in the Hubei province and moved to Beijing in 1993, where he currently lives. He studied oil painting. In 1996, he met the avant-gardist group of the Beijing East Village and began performing in public spaces. Li Wei's artwork has been exhibited in Asia, Australia, Europe, and North America. Recent group and solo exhibitions include The Ringling Museum of Art in Seratoga (2014), The Venice Biennale (2013), Parc de la Villette, Paris (2012), Katonah Museum of Art, Katonah (2012).