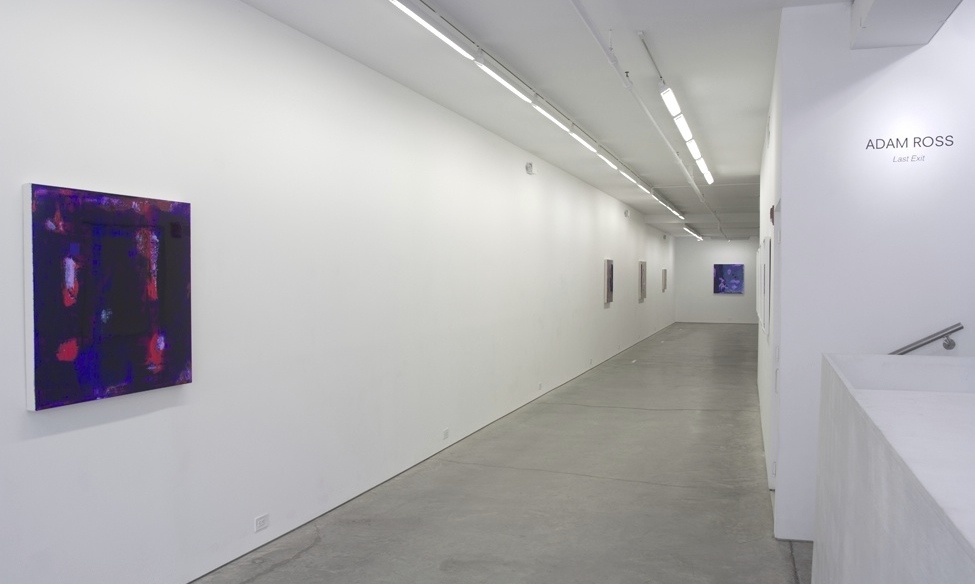 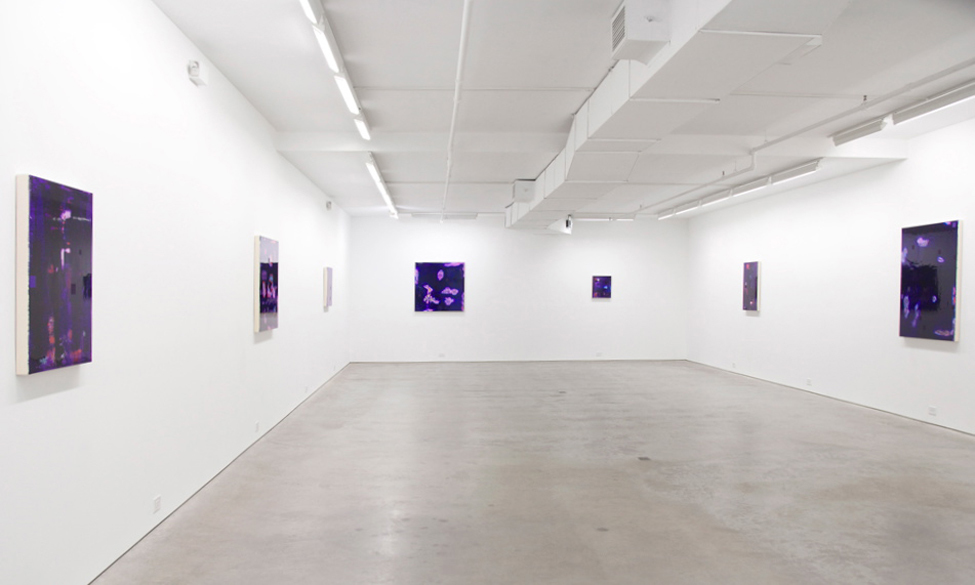 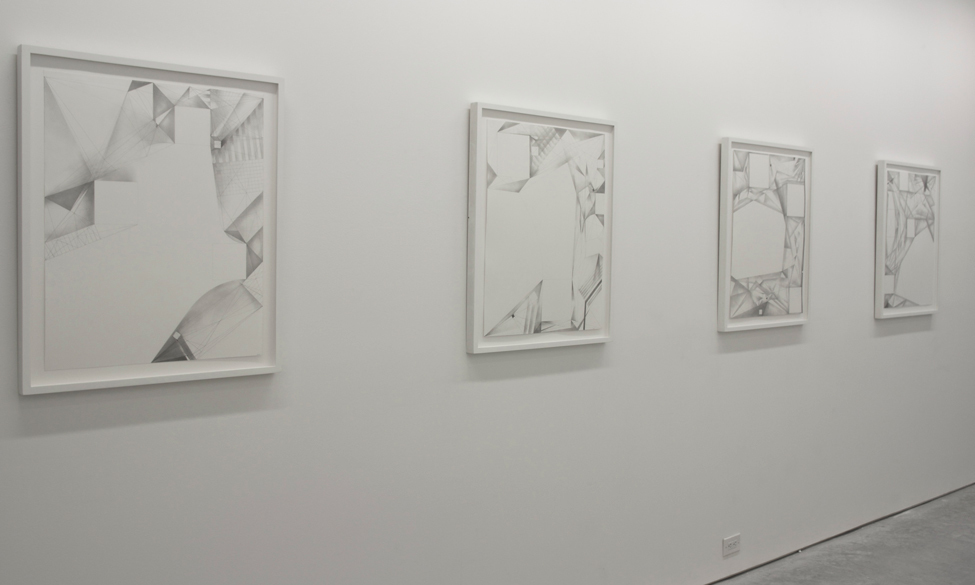 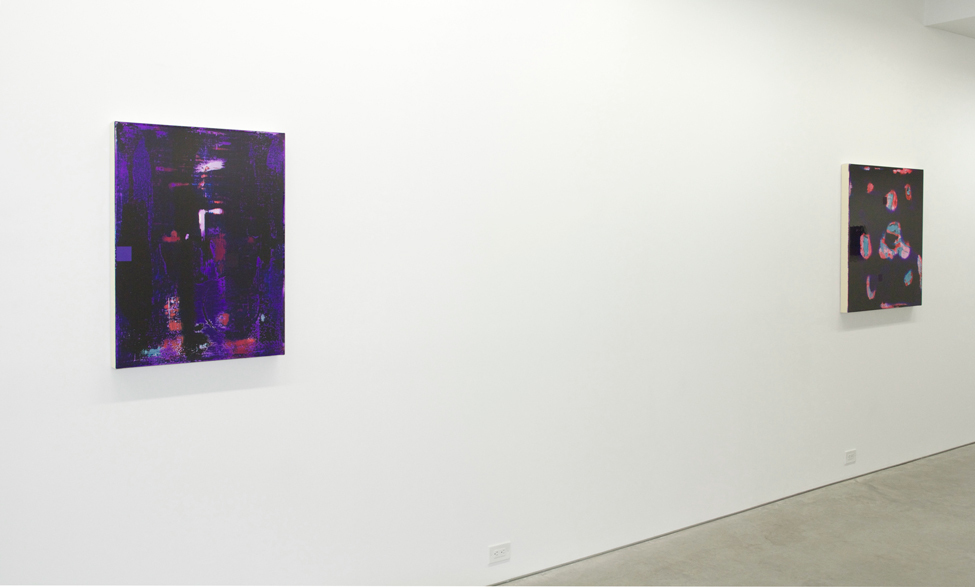 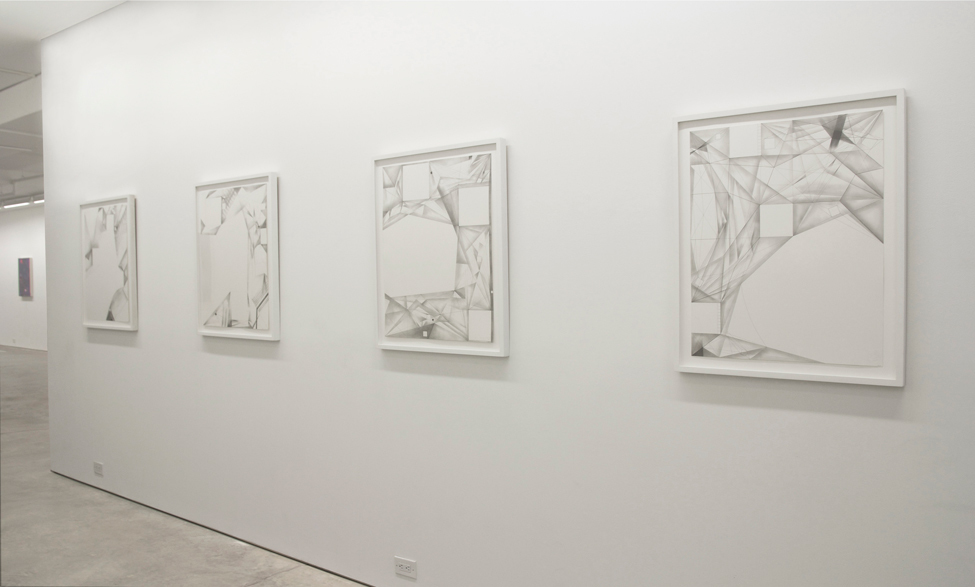 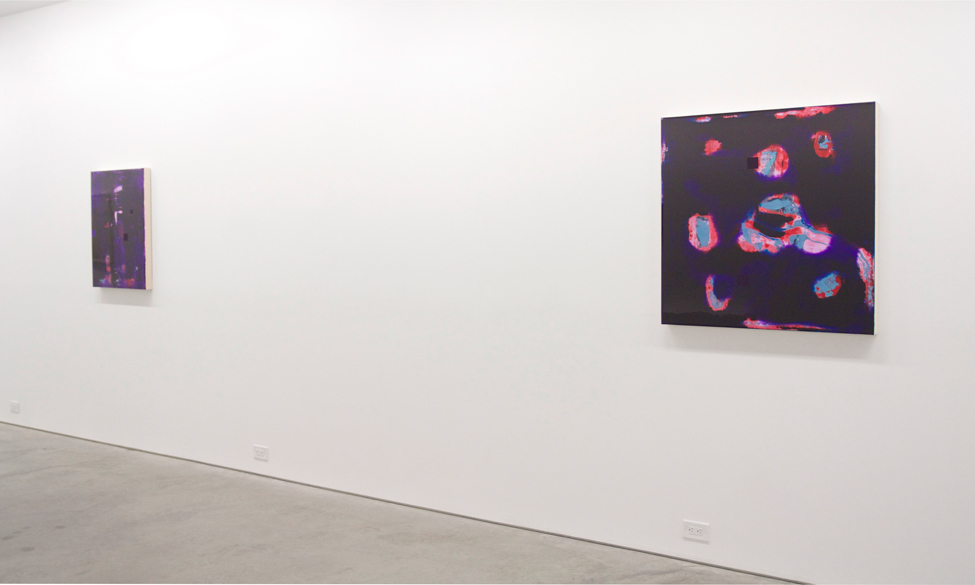 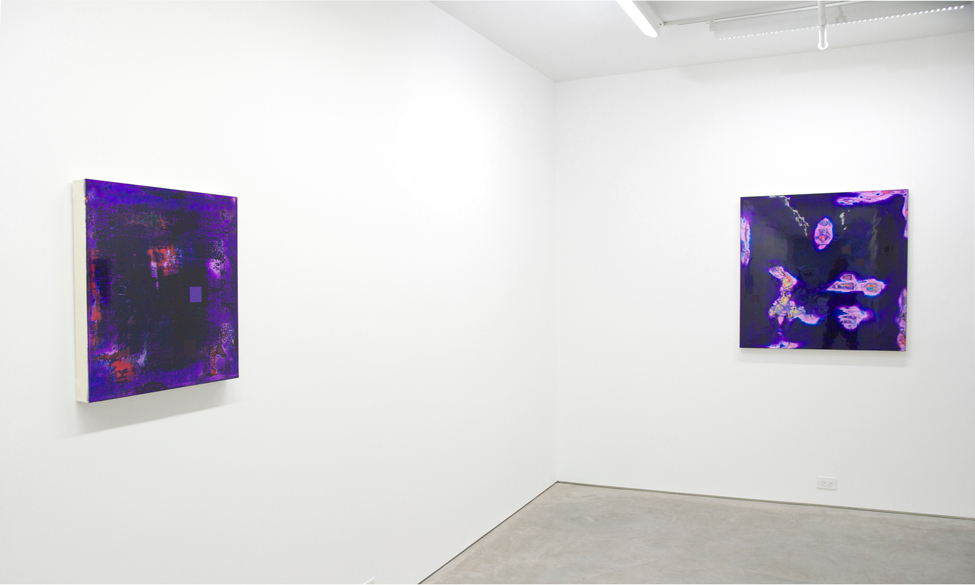 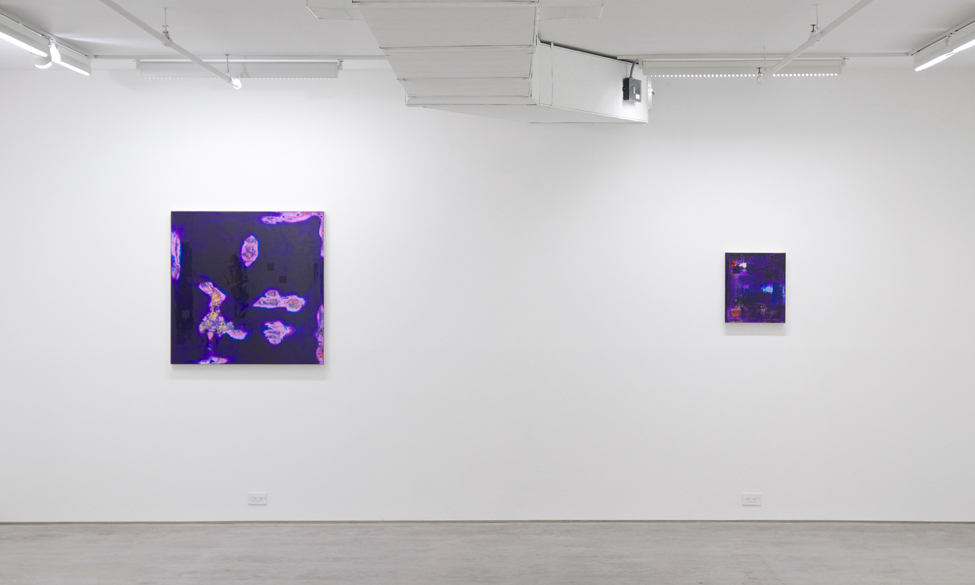 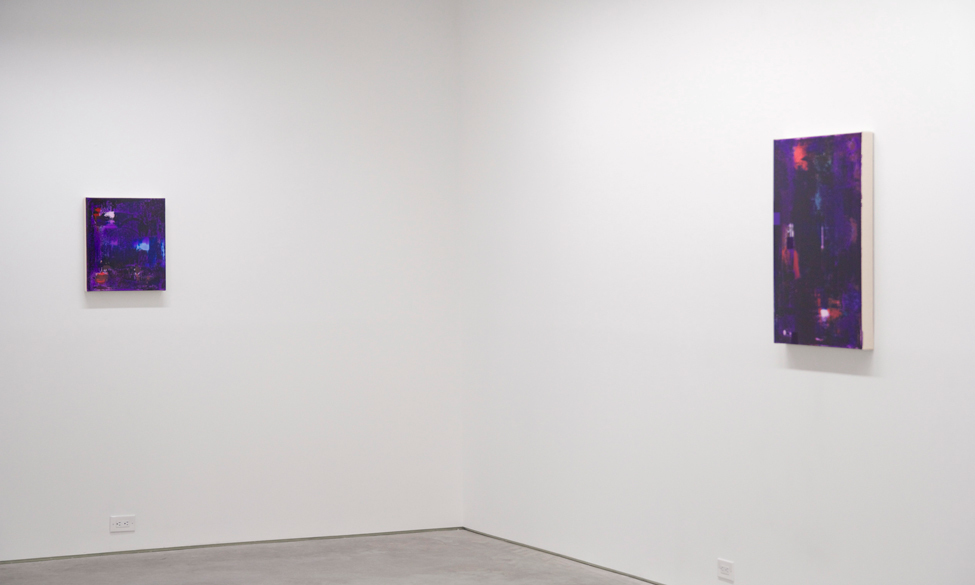 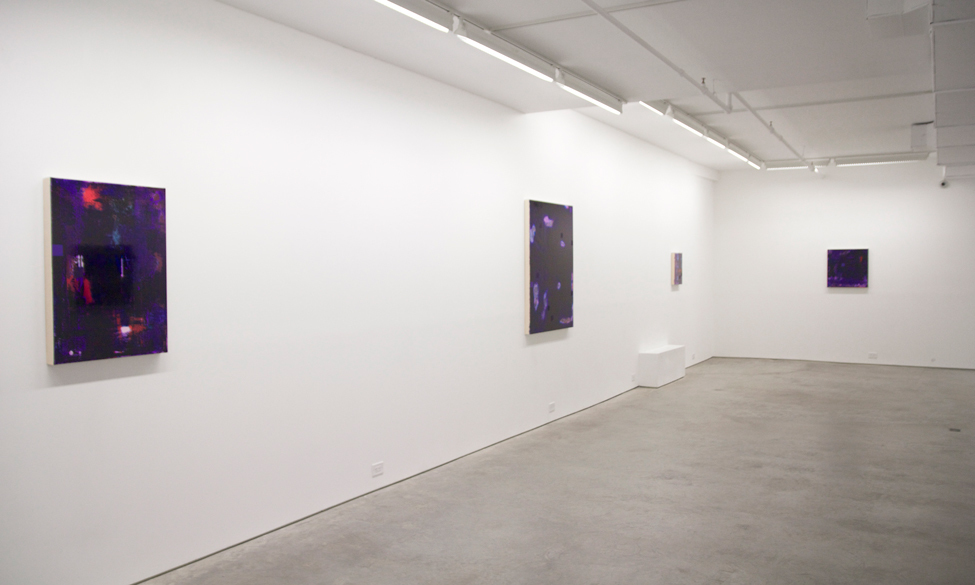 Galerie Richard, New York is pleased to present a solo exhibition of recent paintings and drawings by Adam Ross from September 4 to October 11, 2014. Titled Last Exit, this is Ross’s first exhibition with Galerie Richard in New York, and his fifth solo show in New York. Last Exit reflects Ross’s ongoing investigation of the relationship between science fiction and abstraction. While previous works by the artist have addressed imagery related to urbanism, architecture and perspectives regarding the future; in the newer works, such references are condensed into a narrative that utilizes tropes of mapping and topography, particularly in the large paintings titled Exit 1, Exit 2, and Exit 4. As lost connections arise, rendering questions about the meaning and effectiveness of activities like mapping, after-image and residue take precedence.

The exhibition title is an existential reference to urban sprawl and the artist’s relationship to his history of growing up and still residing in Los Angeles. His work has, to some extent, always dealt with this subject and the question of its sustainability. At some point in time the sprawl will come to a conclusion, leaving what may be imagined at this moment in time empty spaces and unknowable places. With the increasing threats of global warming, Ross’s futuristic, sci-fi depictions of Los Angeles begin to represent plausible outcomes of our near future. The aerial views of the island like elements surrounded by a rich deep-sea purple in works might refer the rising sea level and the geographical changes it will make to coastal Los Angeles vulnerable areas in Santa Monica, Venice Beach, and downtown L.A.

Ross’s recognizable care for self-controlled geometric compositions, which boldly refer to urbanism and architecture, upon first glance, are almost non-existent. Instead, the initial focus is on both its tactile aspect as well as the materiality of paint medium and its process. Some of the pieces are almost illusive with shapes, which weightlessly float in a glossy abyss. Without experiencing the paintings personally, you lose the discovery of the various monochromatic squares that are meticulously arranged on the canvas much like pieces on the Chinese Go board. As a result, the artist superimposes two aesthetics as a complex entity. The contrast between the matt and glossy effects as well as the transparency of the superimposed colored layers places importance on light into Ross’s paintings for the first time.

As the critic Christopher Miles stated, Ross “has long been invested in exploring the broad range of possibilities in abstract painting. Having come of age aesthetically amid the clashing art-historical narratives of the 1980s—which either tracked painting’s so-called endgame, generating a pronounced interest in the semiotics of abstraction, or, to the contrary, trumpeted the resurgence of representation as the rebirth of the medium—he has made a practice of reconciling tendencies.” [Artforum XLVIII, No. 5 (Jan 2010)].