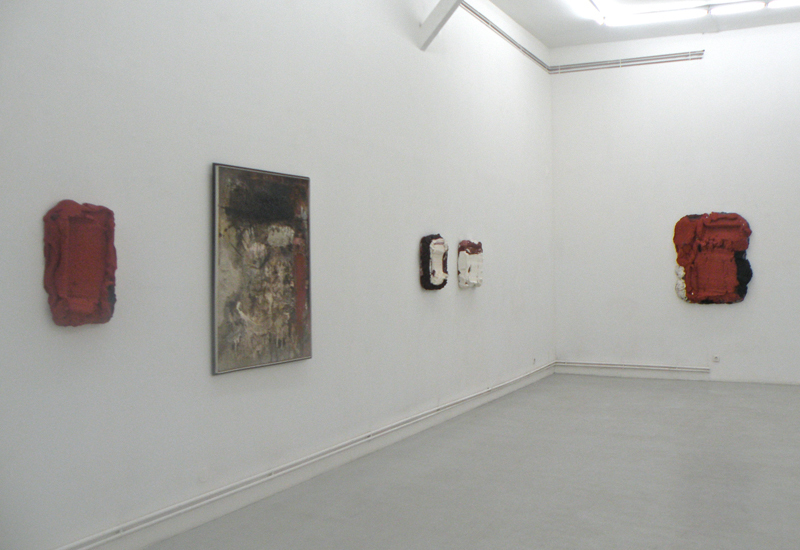 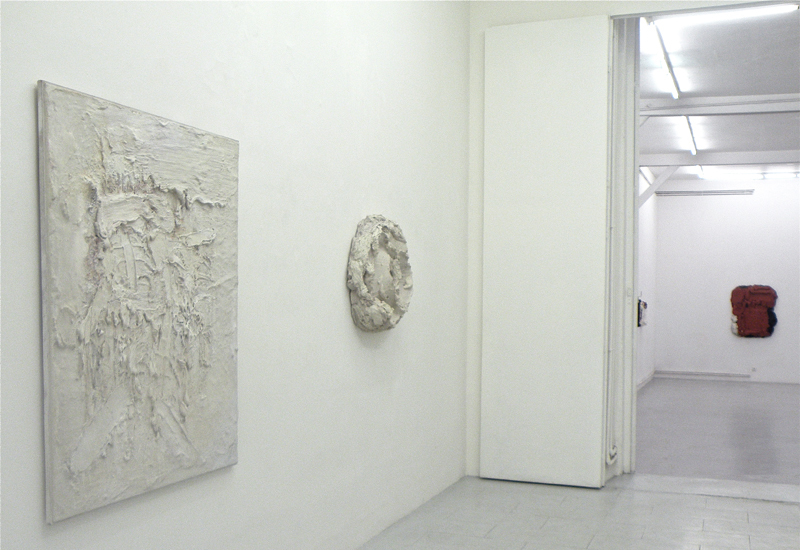 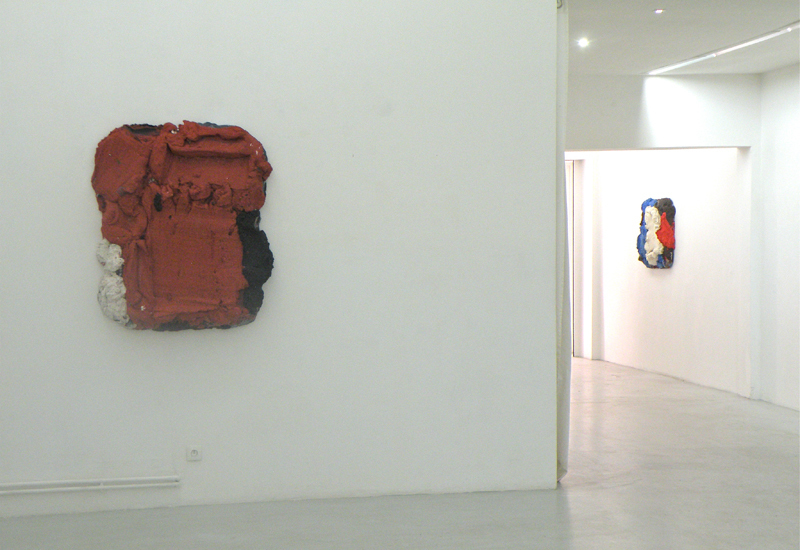 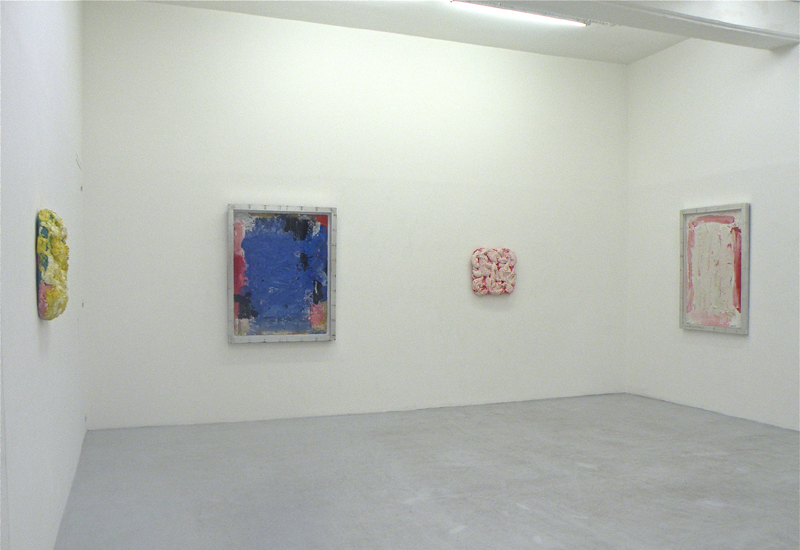 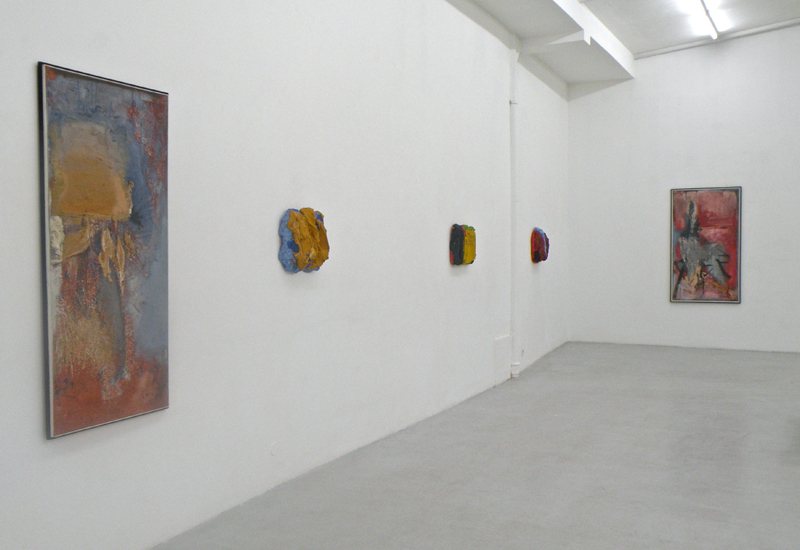 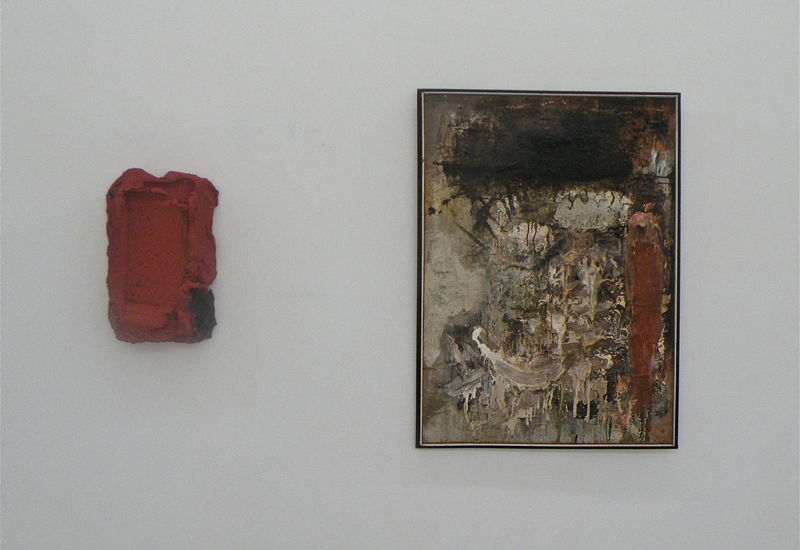 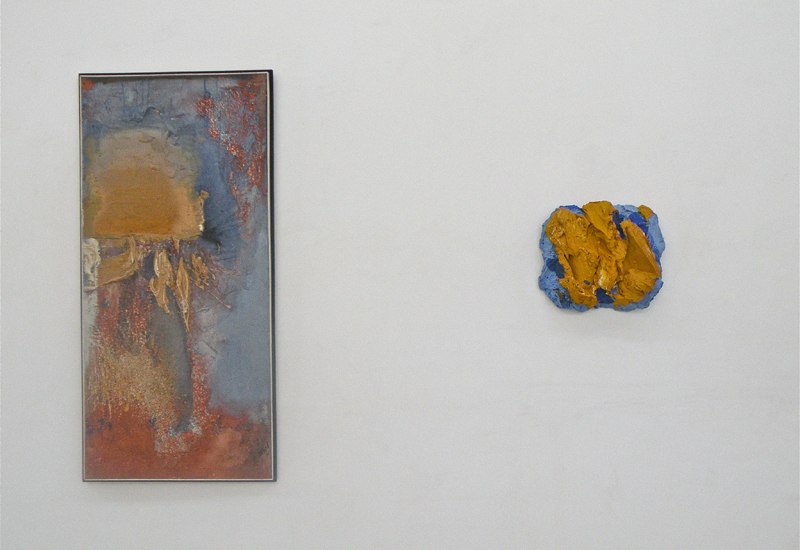 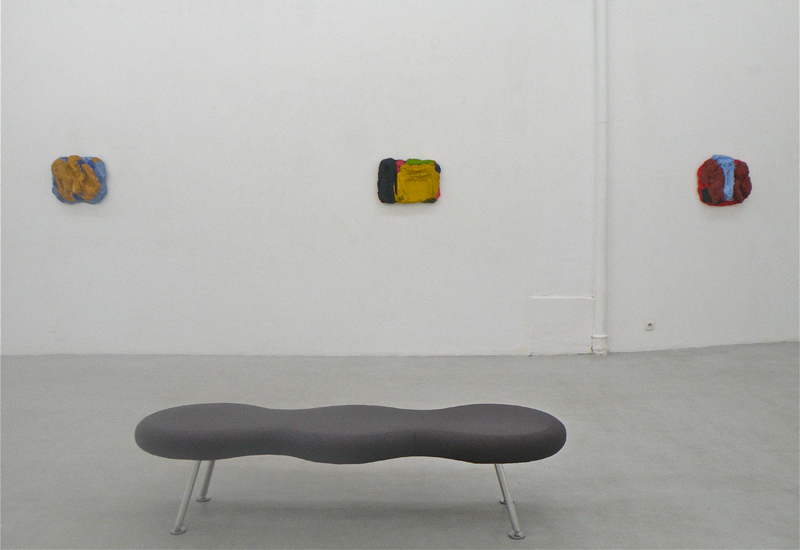 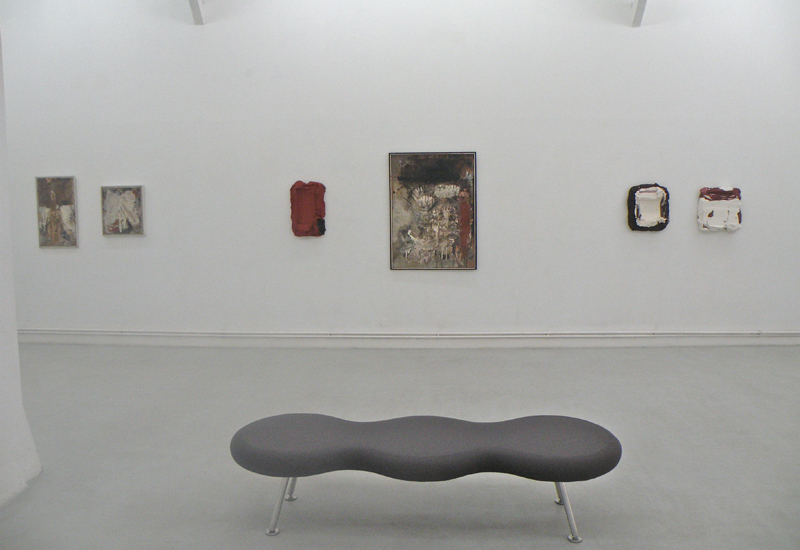 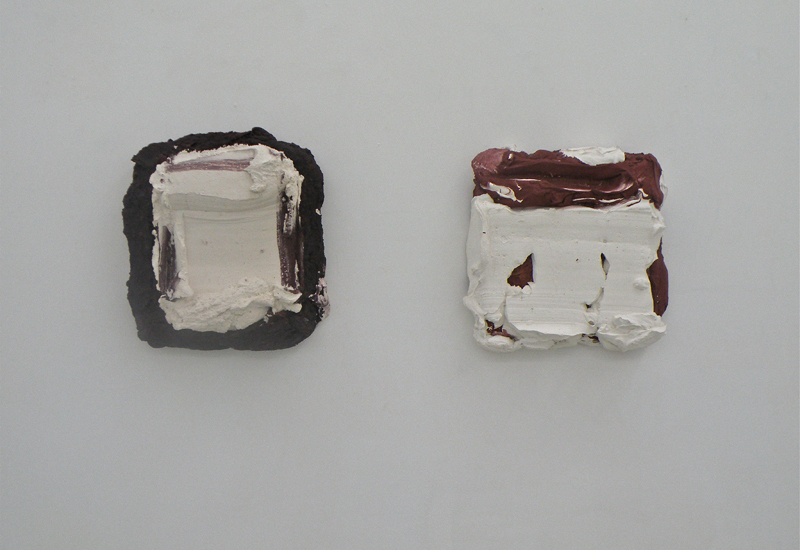 Galerie Richard presents Bram Bogart’s solo exhibition, On the Roof in Paris from April 20th to June 1st 2013. The title of the exhibition references a photograph by Harry Shunk and Janos Kender which depicts Bram Bogart and Leni leaving the paintings to dry on the roof of their studio on rue Santeuil in Paris in 1959.

After the war, Bogart began traveling, starting with the Côte d’Azur and Paris. The 1950’s were his Parisian years, and the exhibition emphasizes this period’s rare works. The presentation of Bogart’s 1950’s pieces is completed with small and medium-size works from later years, serving to retrace his artistic path. All of the paintings come directly from the studio of the artist, who passed away in May 2012 in Saint-Trond, Belgium.

In his 1951 painting Markers en Tekens, Bogart adds stylized faces to a strict geometric composition. The color palate is somber while the material presents itself. The penniless Bogart held an optimistic sense of freedom which is expressed in his paintings from 1953 to 1959. His work evolved with an understanding of the importance of gesture, also detached from figuration, in adding more and more material and touches to the canvas with increasingly aggressive craftsmanship. His painting at the end of the 1950’s takes the thickness and texture of a wall, simultaneously support and subject.

After moving to Brussels in 1960, Bogart decided to modify his technique, discovering a unique process that allowed him to add unrivaled scale to the material and to the dialogue that it maintains with the color and composition. The 1963 painting Windzland offers a greater sense of space that reveals the new burlap medium, supporting different thicknesses of paint. Bogart expanded his palate to include brighter colors (the sunny yellow painting Geel) in addition to pastels (the pale pink of Rose Fané on a bright pink background).

Bram Bogart not only brought physical three-dimensionality to painting but created a sense of pictorial mass. He shows painting simultaneously as material and representation. The paint holds its own form, freed from the traditional framed canvas. Bogart never ceased to experiment with the relationships between material, colors and composition in painting. The return to the material in painting by young painters in New York, California, Berlin and France renders Bram Bogart more contemporary than ever.

In 2012, Galerie Richard Paris organized the first retrospective of Bram Bogart during his life. The Cobra Museum in Amstelveen organized a large exhibition in honor of the artist, titled Bram Bogart: Mastering Matter, from 2012 to 2013. In 2012, Galerie Richard New York united Bram Bogart, Ron Gorchov, and Takesada Matsutani, three painters who consistently added and experimented with physical three-dimensionality in painting during the 1960’s in Europe, the United States, and Japan respectively.