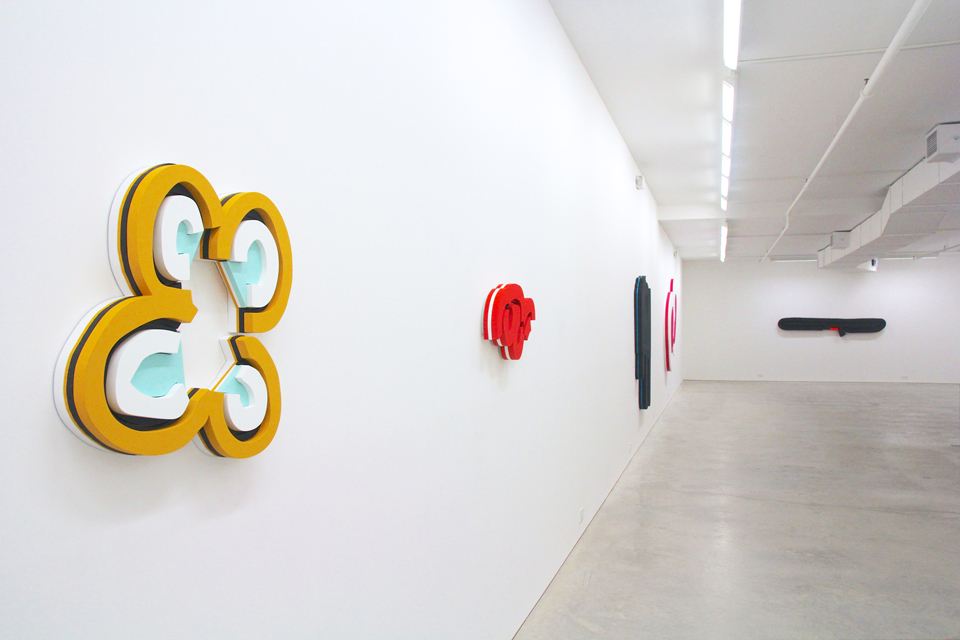 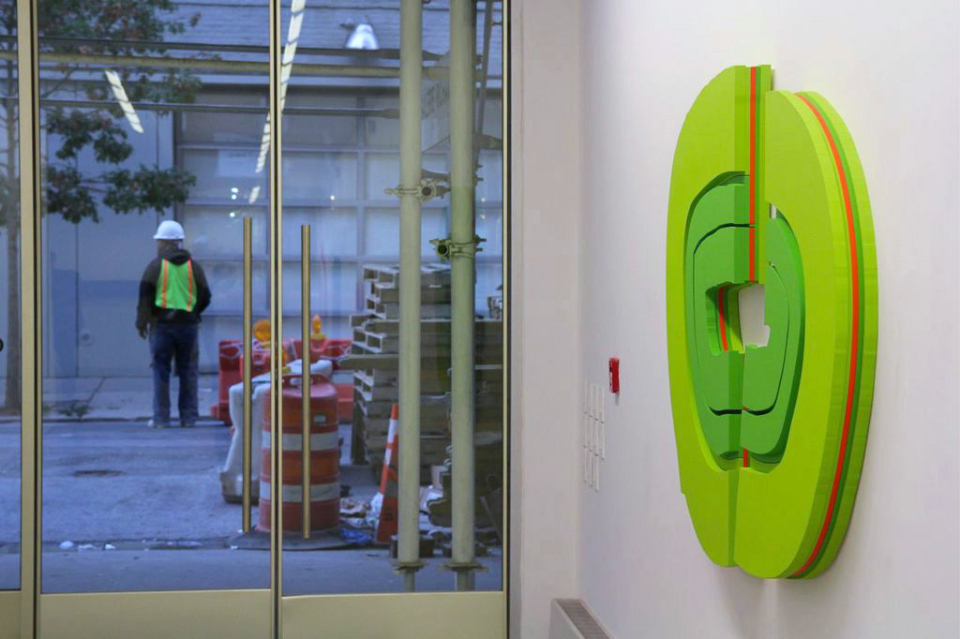 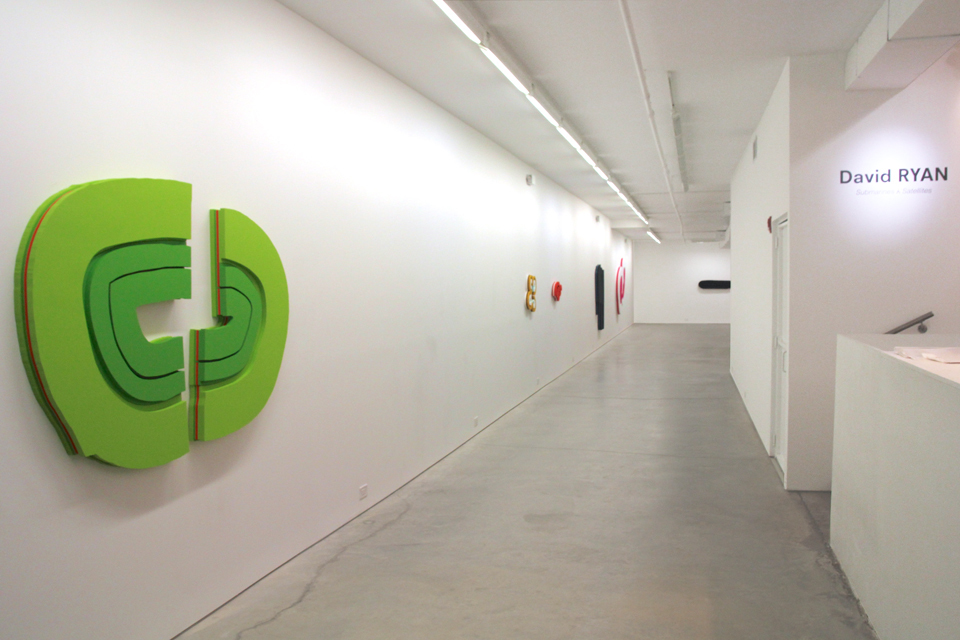 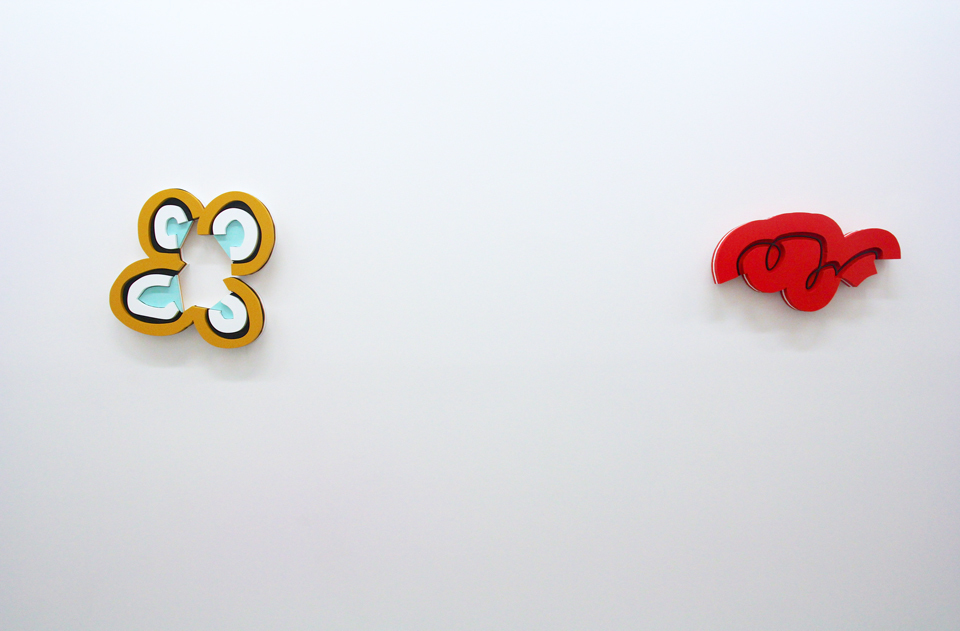 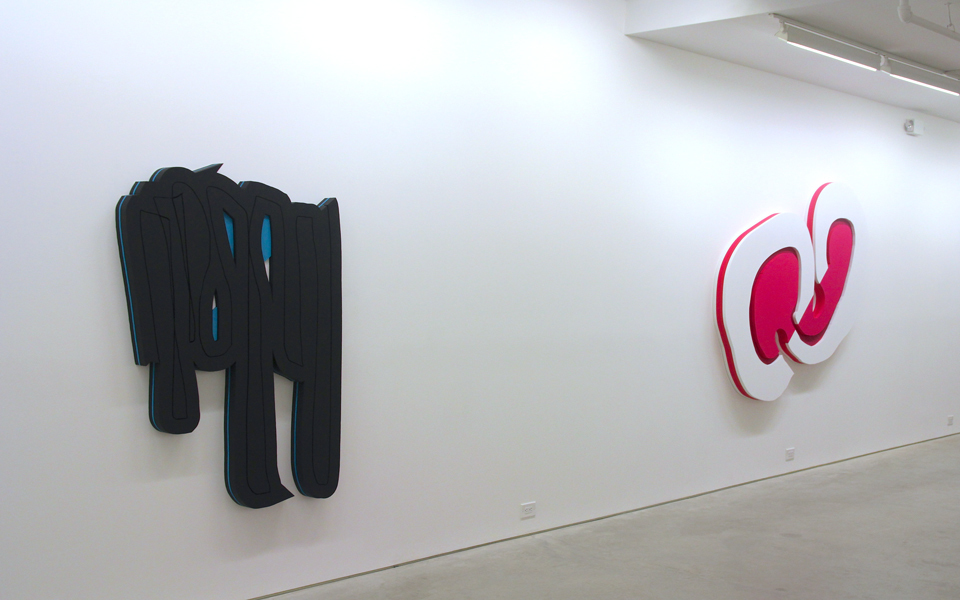 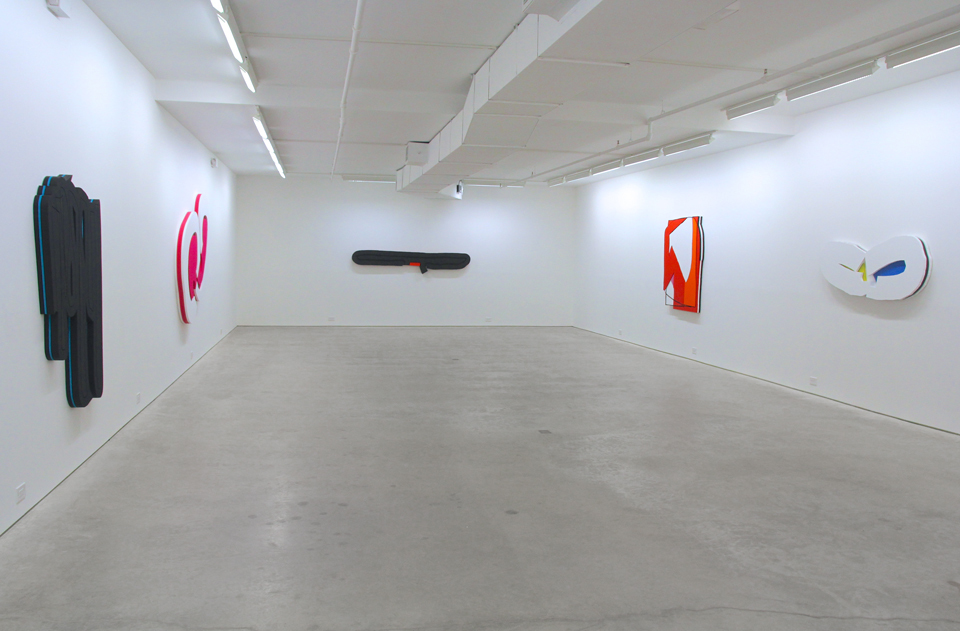 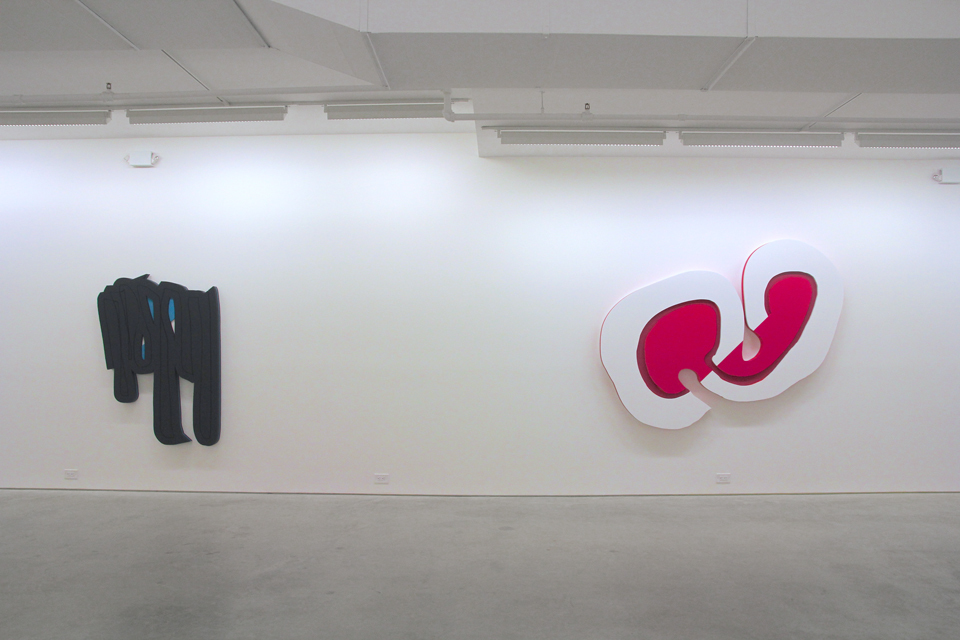 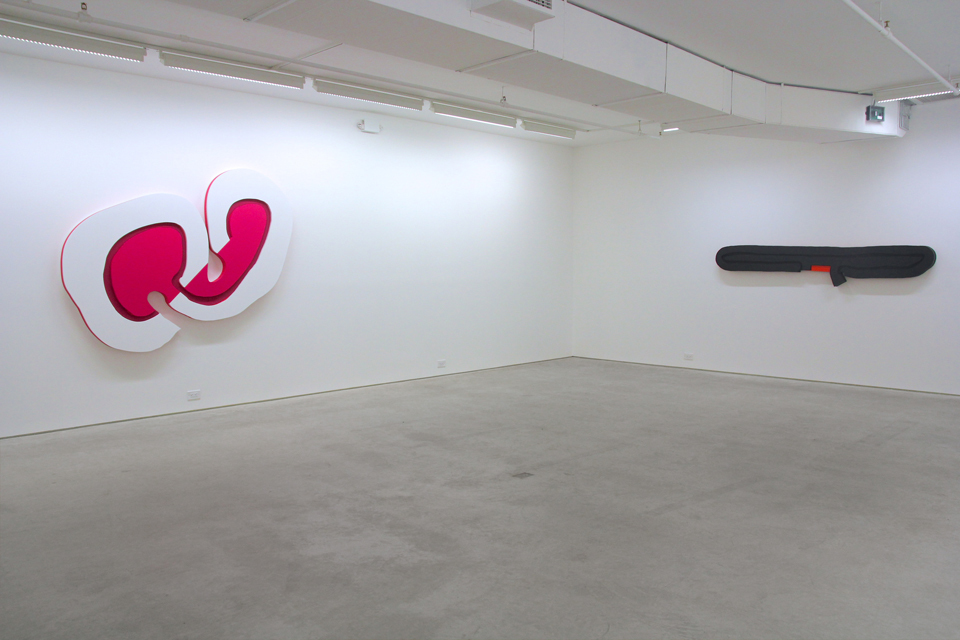 Galerie Richard presents a solo show by David Ryan entitled “Submarines ^ Satellites” from October 17th through November 16th, 2013. This is his first exhibition at Galerie Richard: New York. The artist has exhibited at Galerie Richard: Paris since 2006. Born in 1971, Ryan lives and works in Las Vegas. His abstract three-dimensional paintings deliver an unexpected grace and visual jolt by playing with surfaces, lines and colors in our present world of technical and visual complexity.

Ryan begins as a painter to create bas-reliefs, works that extend the third dimension from an initial two-dimensional design. From the drawing with lines and colors, Ryan has the ability to reproduce it by intricately combining only monochrome panels. The lines exist only as empty spaces or monochrome thin panels. The works are composed of four or five layered panels which are not simply superimposed but integrated in 3D assemblages. As David Pagel expressed, “Many of his quirky compositions recall the improbable offspring of a homemade jigsaw puzzle and a contour map of an intergalactic outpost.”[1] In this exhibition, Ryan tends to go to simpler shapes and designs.

The specificity of the new works is the confusion between space and line, and to go further the transformation of spaces into lines. Previously the works were an arrangement of diverse flat panels, the junction of their external limit making visual lines. Now the surfaces look like large brush strokes of paint and they are the lines. Ryan expressed his wish to repay attention to Abstract Expressionist painting. Instead of smooth, speedy and sensuous lines like those of sports cars or metallic soft designed objects, they become irregular and autonomous. In this new set of works, Ryan focuses even more on the relationship of the center and the border. In several works the new lines encircle the works’ shape. The new work expands in the wall in new unexpected ways. N2yo.com?s=34602 divides in two parts, in several pieces their center is a void revealing the underlying wall. SS-191 is a major piece with an unusual size and the development it expresses. It looks like a red rectangle with a long horizontal black line on top, the whole surrounded by another black line. In this painting the black line seems developing in a spontaneous way. It is no more an arrangement of surfaces but the self-evidence of a line. However lines don’t take such predominance because Ryan compensates by using even more vivid and brighter colors, their number limited in each work and carefully considered.

David Ryan’s works are prominently featured in the Museum of Contemporary Art in San Diego, The Las Vegas Art Museum, The Palm Springs Art Museum, the Weissman Foundation in Los Angeles, and The Borusan Center for Culture and Arts in Istanbul.