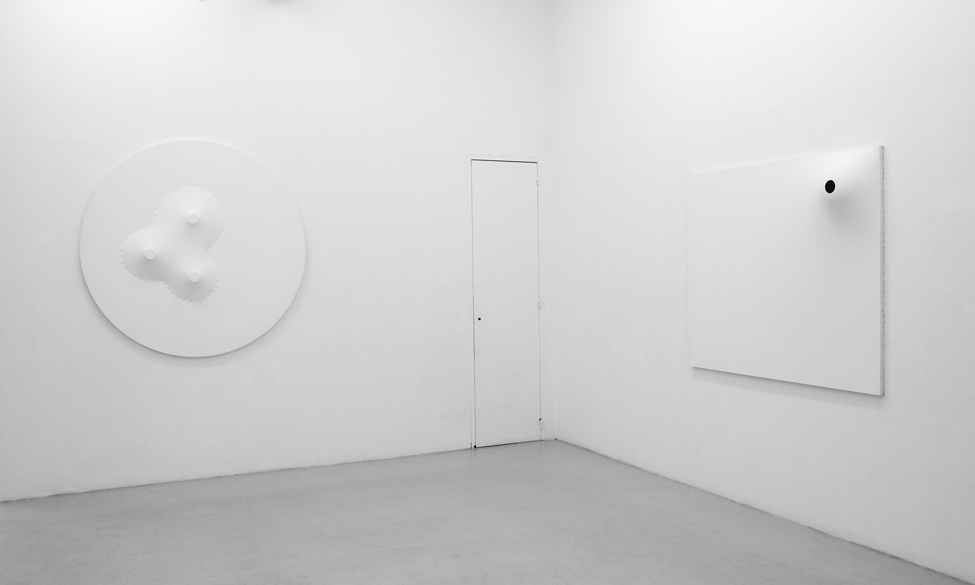 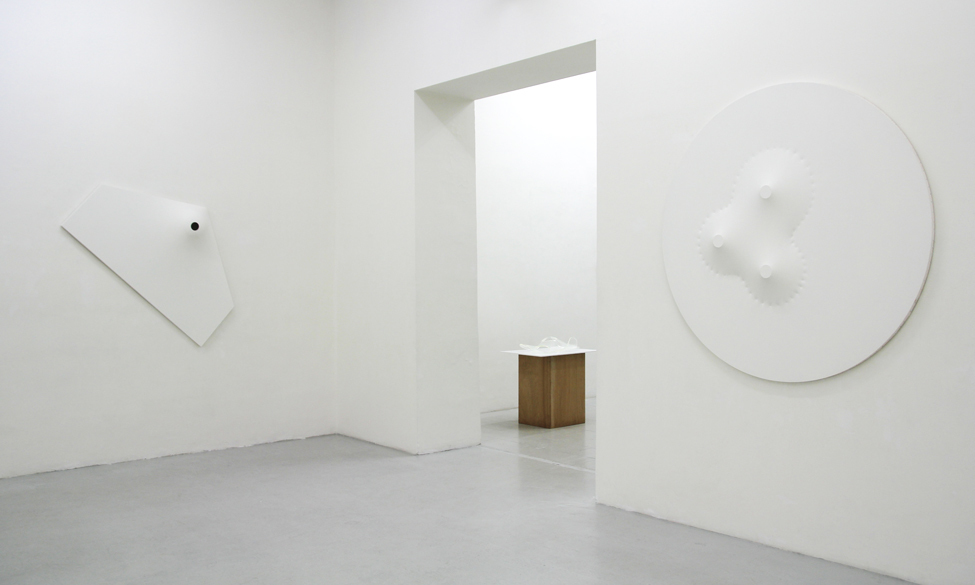 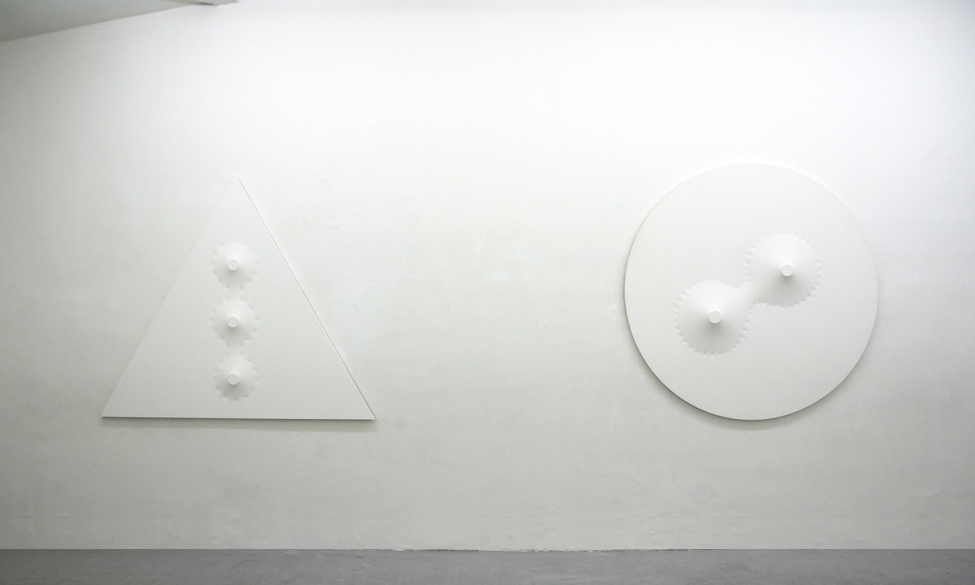 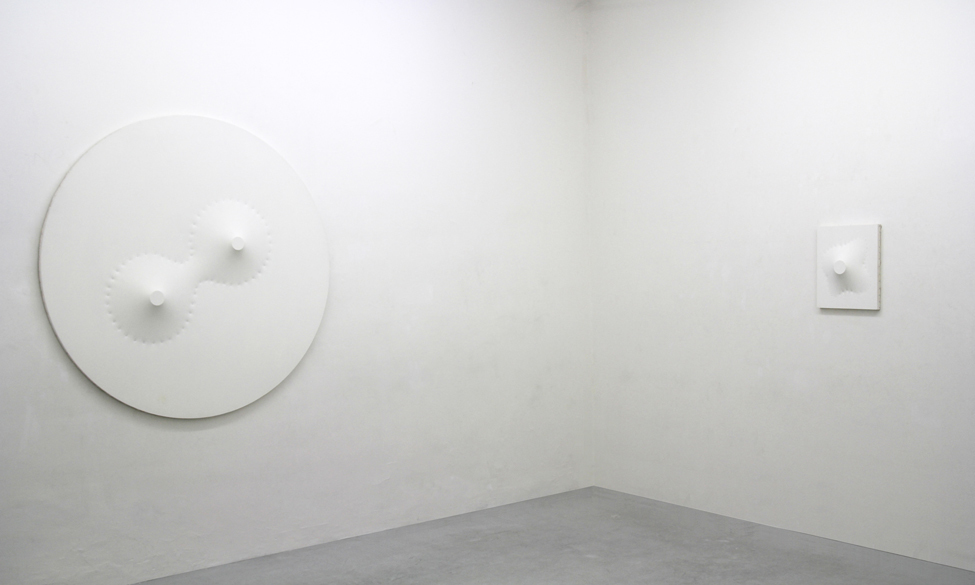 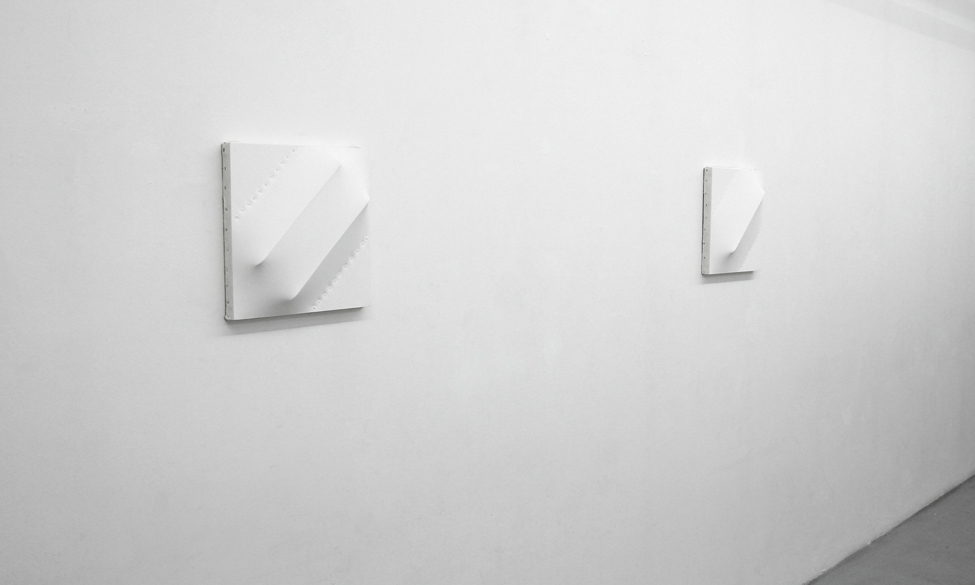 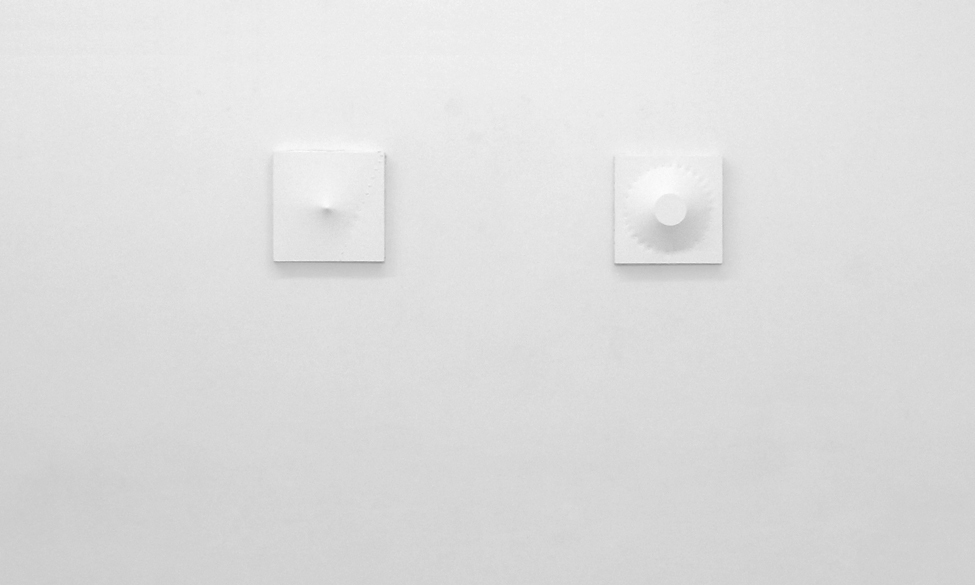 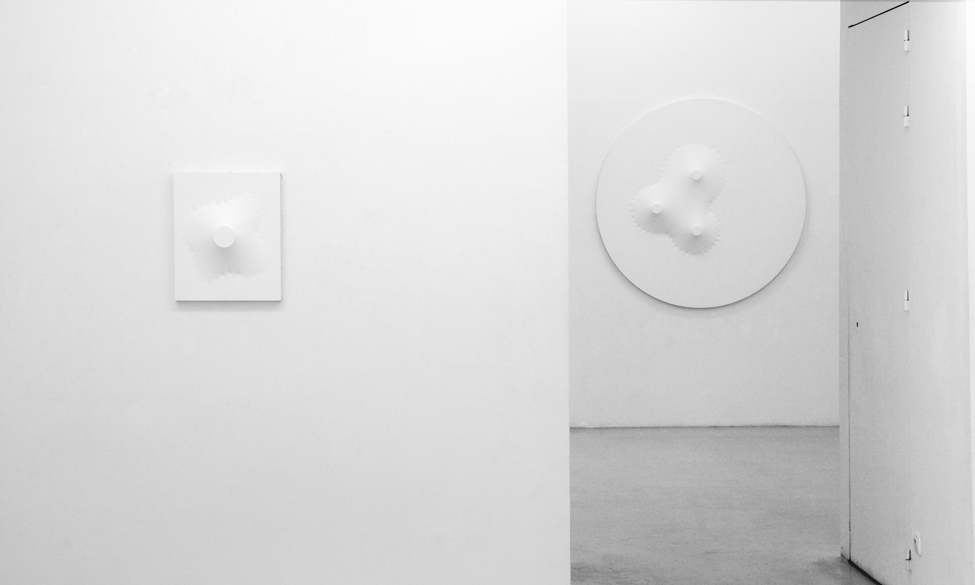 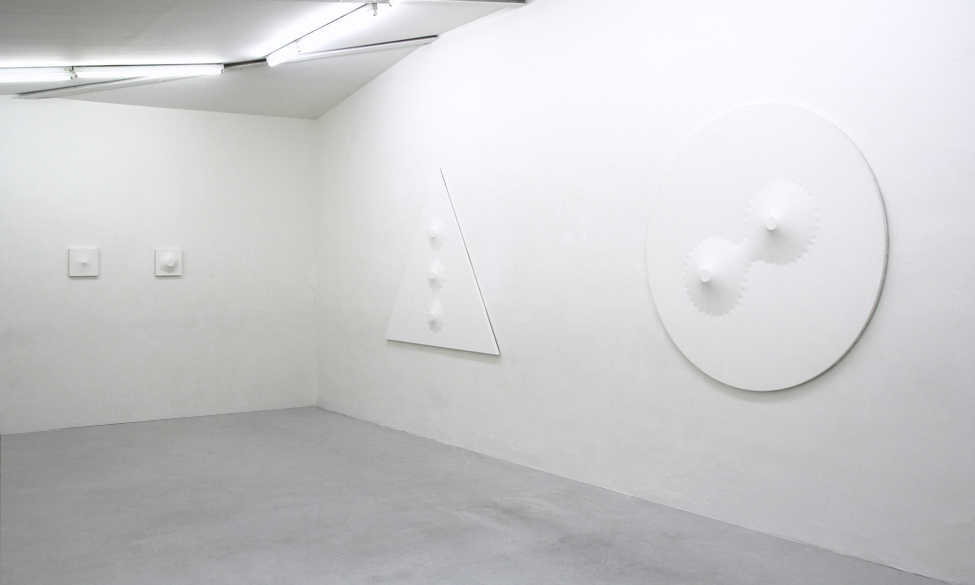 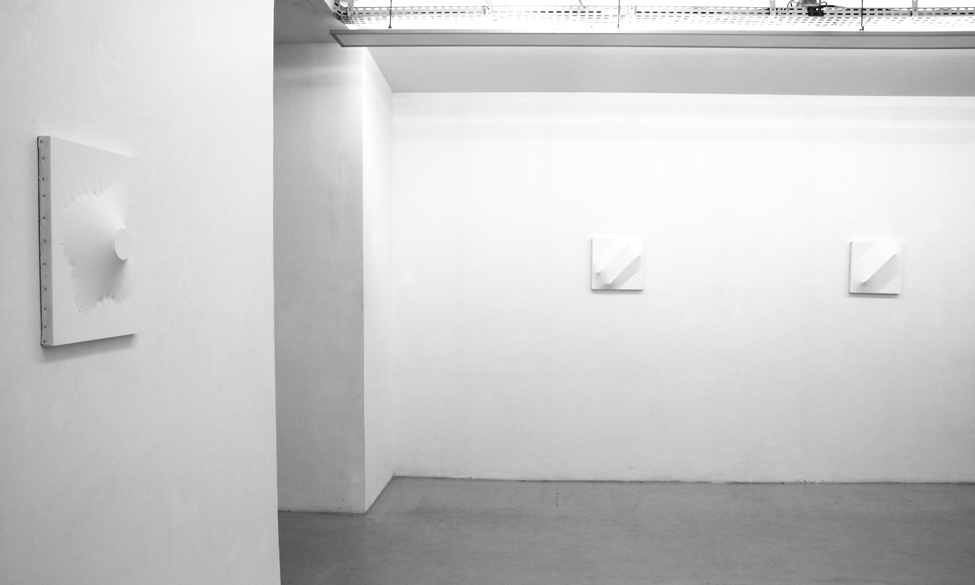 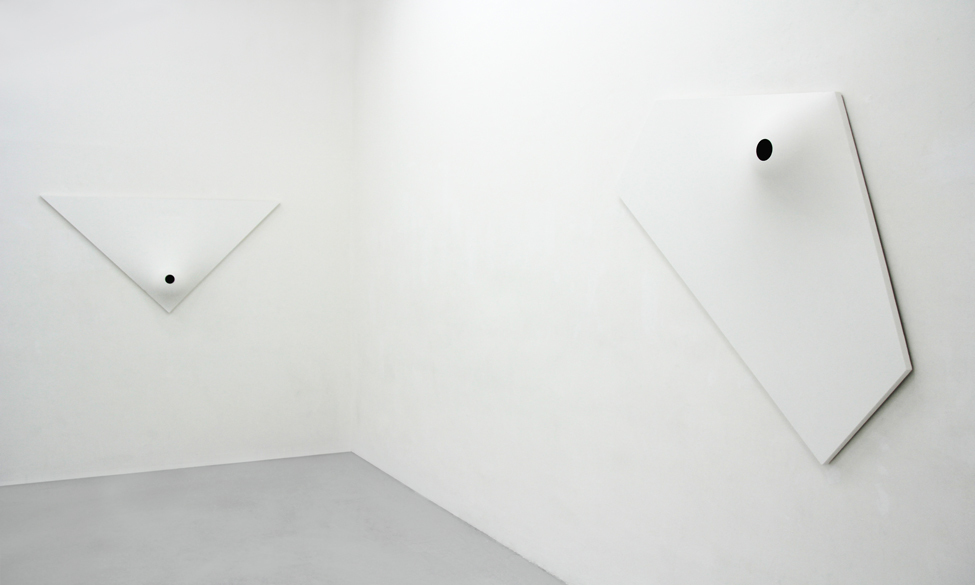 Galerie Richard Paris is pleased to present White Event, part 2 of Norio Imai’s first solo exhibition in France, from October 10th to November 28th, 2015. The artist (b. Osaka, 1946) joined the Gutai Art Association in 1965 when he was only 19, establishing himself as the youngest member of the avant-garde movement in post-war Japan. Imai gained early recognition for his white monochrome works of sculptural quality. Following his first exhibition this Summer composed of works made in 2000, this second part features 21 works conceived between 1963 and 1969 during his Gutai’s years. The canvas for him is not so much as a ground for painting, but rather a new medium that allows him to experiment and develop paintings three-dimensionally. By doing so, he plays with light by adding tonality to the monochrome and by creating fluid and organic curved lines, which all contribute to the inherent sensuality, serenity and peace in his works.

The major work in the exhibition is titled White Event IV (1966). The White Event series is Imai’s first experiment in Kinetic Art. His fascination for film, and the moving image in the 60’s, led him to add kinetic effects to his work. He considered that movement in art should no longer be merely visualized by an optical effect and instead opted for literal kinetics. Behind a white vertical canvas, he constructed a mechanism moved by a motor which alternatively moves two metallic bars in and out in two parts of the canvas bulging and receding outward appearance. White Event IV synthesizes Imai’s aesthetics from different mediums painting, performance, photography.

This exhibition offers an opportunity to discover eight rare works made in 1964-65, that were destroyed and recreated by the artist with ready-made objects and, molded three-dimensional objects between the stretcher and the white painted canvas. The canvas is stretched by the three dimensional object. In 1964-1965 he distinctively used painted white tacks to nail the canvas flat on the stretcher. They are aligned with geometrical patterns, usually surrounding the object, so that they define a clear delimitation between the flat surface and the three dimensional one. Eliminating materiality is what he focused on in the series of early white pieces from his Gutai period.

In 1966 Imai started working on the series of paper work which is entitled White Piece. This can be considered as Imai’s rare works on paper. Only some pieces from this series still remain today; those works were made not only as the completed work in itself but also for studies of new large paintings. The artist applied embossing and punching and made holes on white papers which were cut into indefinite shapes. The completed paper works were attached with a leaflet of Imai’s solo exhibition at Gutai Pinacotheca in 1966. Subsequently, this motivated his more exploration for paper works in latter half of 1960s. Some works of paper were presented in his solo exhibition in 1967. He also did some works with screen-printing which were selected by art critic Yusuke Nakahara, and those works were exhibited at Paris Biennale. Other types of Imai’s paper works were selected by art critic Yoshiaki Inui and exhibited at Paper Sculpture Exhibition in 1969 at Gallery Azuchi, Osaka. Unfortunately those works don’t exist anymore.

The exhibition features six paintings entitled White Ceremony with different shaped canvases originally made in 1966 and 1967. He inserted plastic bowls with holes between the canvas and the white canvas and the stretcher. They have been in high demand due to their sensual reminiscence of feminine shapes. "His work also reflects one of the most important changes that are taking place in our culture. The dimension in which we live today is increasingly shifting towards the feminine. Fluid, matrixial qualities are gaining importance over unambiguous masculinity. I would describe Imai’s work as maternal. In its complete pureness it is pregnant with possibilities.”[1] The canvases become organic bulbous shapes, and white immaterial ethereal spaces. Like Matsutani and Shirley Kaneda’s paintings, these shapes seem to be formed spontaneously and therefore look similar to shapes we encounter in nature. This work also highlights the soft aesthetics that emerged in the 60’s inspired by the technology of the Cold War Space Race. The influence was widespread, offering sumptuous aerodynamic curves to art, design, fashion, and architecture.

[1] Introduction in the book Norio Imai published by the Axel Vervoordt Foundation, 2013, p9