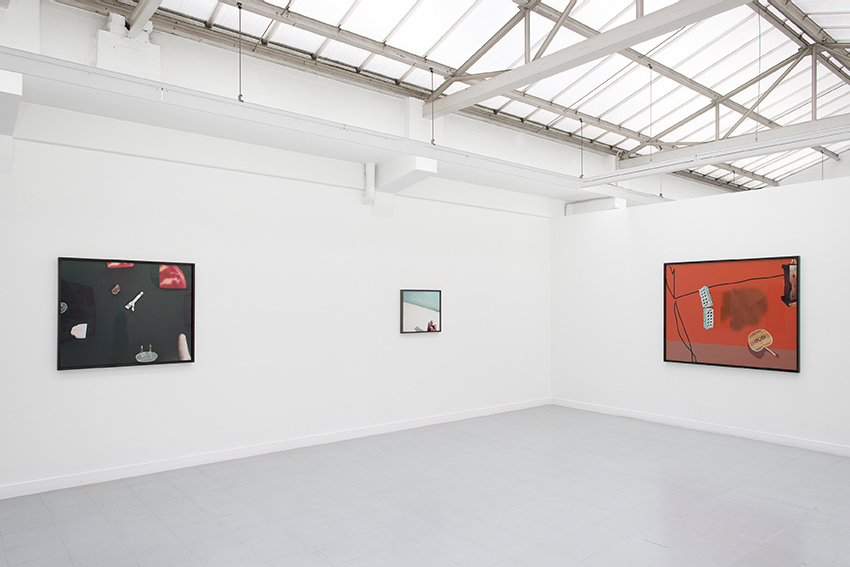 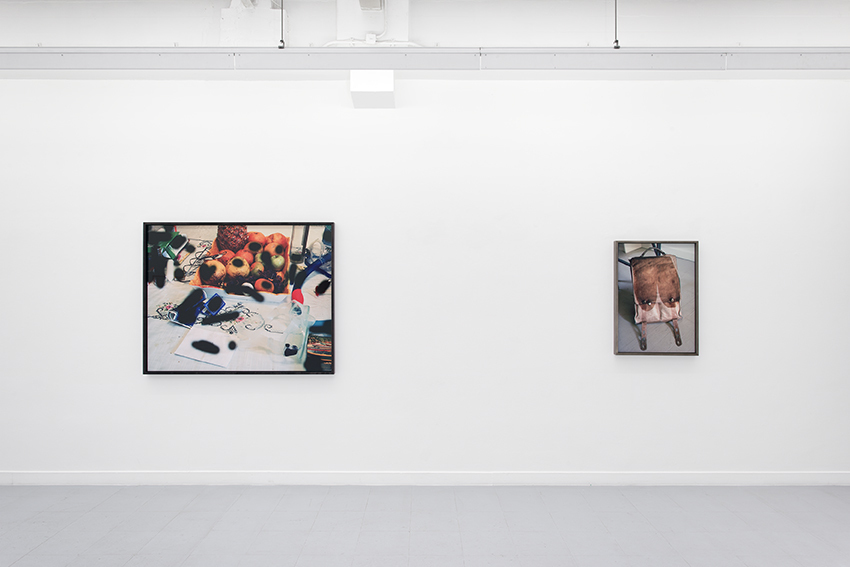 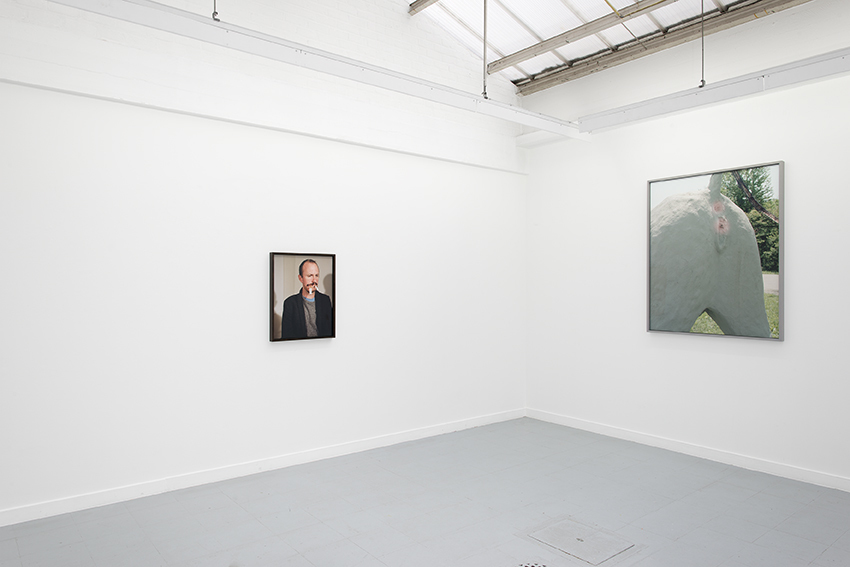 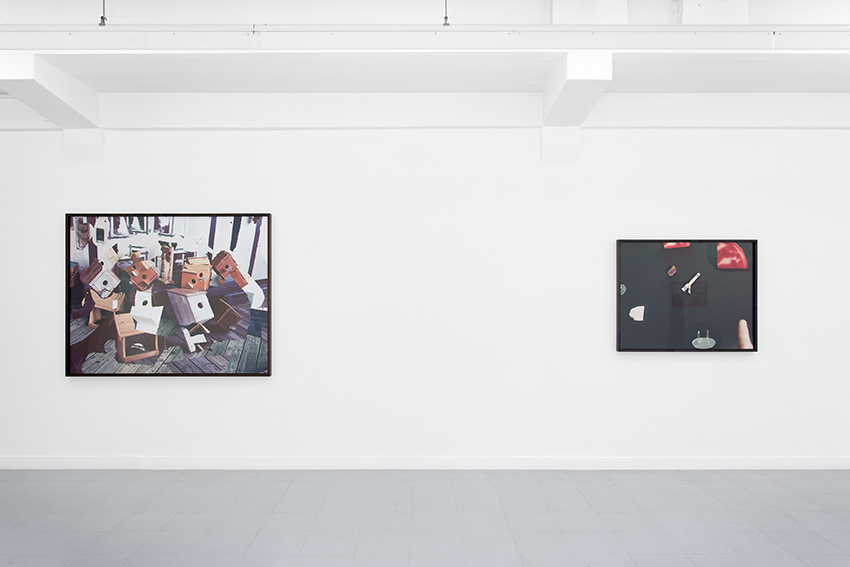 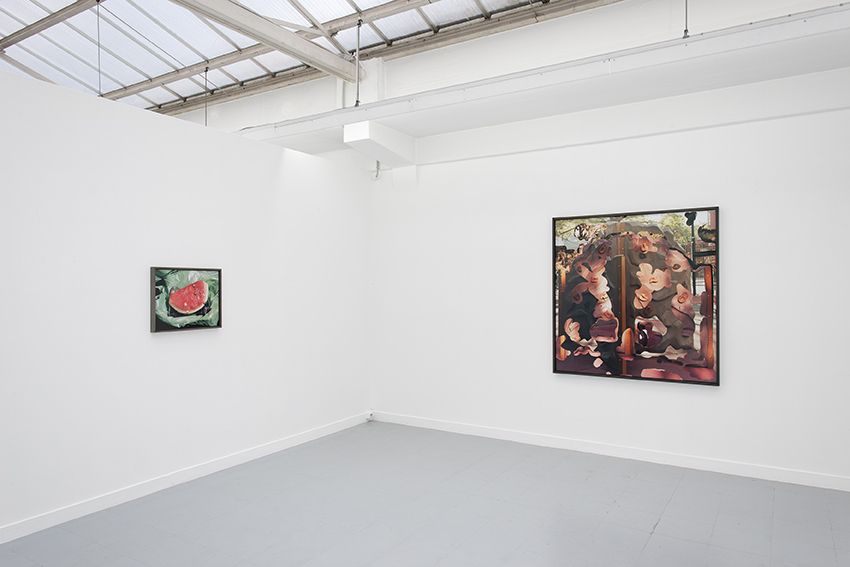 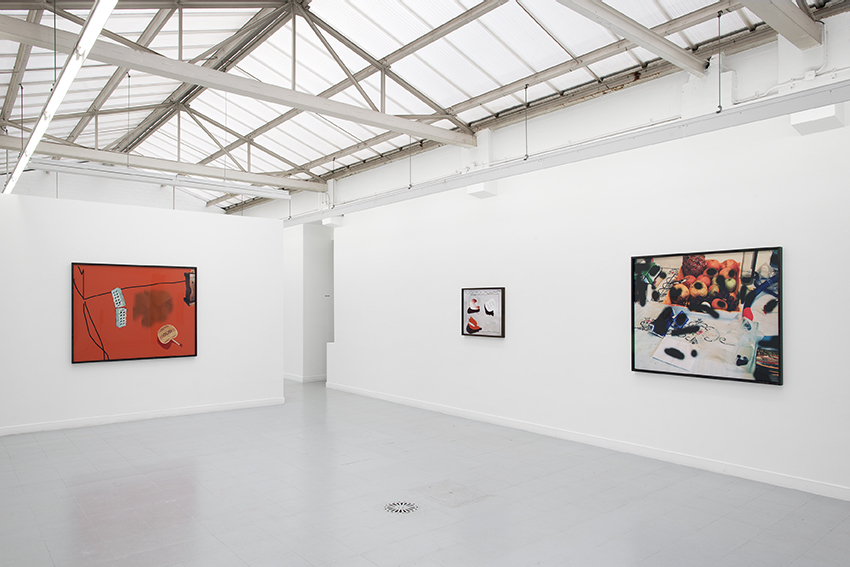 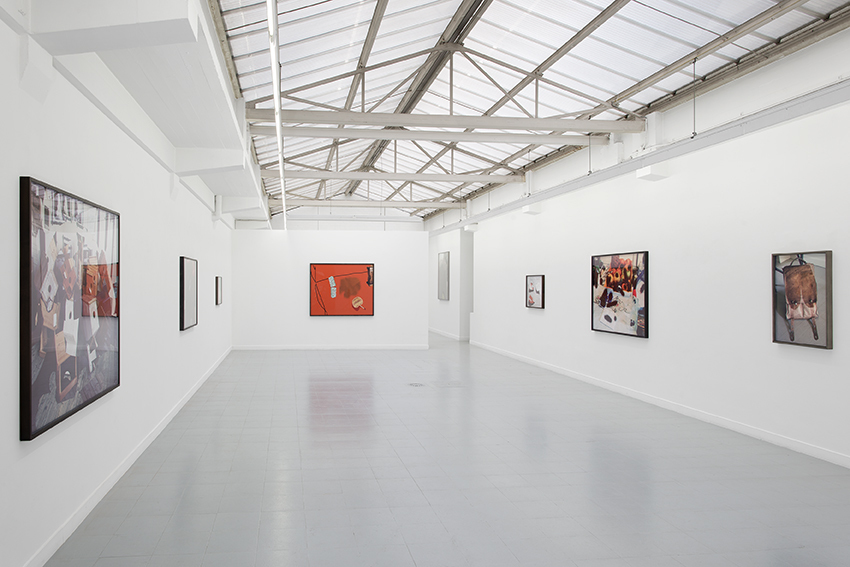 The space in a photograph is neither haptic nor unmediated; it can’t be penetrated, nor touched, nor really known. We ask a lot of these virtual spaces: to embody, to be non-bodies, to be surrogates for someone else’s gaze. Our trust in this picture space is uneasy, and here that uneasiness is both confirmed and / or disrupted as the hand that guides its making is revealed. Like a narcotic trip, blissful moments of hallucination are always in concert with the most pedestrian of realities.

Such are Lucas Blalock’s photographic concerns for his first solo exhibition at Rodolphe Janssen, A Farmer’s Knowledge.
The farmer’s knowledge is experiential, communal, and carnal; difficult territory for the photograph’s frigid mediations, but Blalock dives into this incommensurability and makes a group of works that address the viewer’s sense of tactility. The farmer’s labor, like the photographer’s, cannot be disassociated from its tools, but neither photographer nor farmer can rely solely on the machine to get the job done: An intimate knowledge, beyond technology and deeply rooted in circumstance and incidental logic, must also be present.

Although all of Blalock’s photographs are taken with a 4x5 camera - a near-anachronistic, technically demanding format -
they often appear haphazard and experiential, seemingly taken as opportunity strikes between his studio and the outside
world. Their subsequent digital manipulations, meanwhile, are also imbued with a certain quickness, as if Blalock is attempting
to catch a gesture before it can escape. Surrealist interventions, such as the two extra cigarettes that dangle from a re-doubled mouth in his Magritte-inspired self portrait The Smoker, hint at a desire to amend photography’s naturalism, but this isn’t some form of trickery: Blalock’s impulsive approach to altering the contents of his photographs is performed in a way that privileges the audience, allowing for a more direct reception to his photographs.

The effect of this ambitious new collection of works is one of disarming sincerity and puzzling nuance, in which the inherent
flatness of photography gives way to an altogether more bodily, humorous, unironic approach to picture-making.