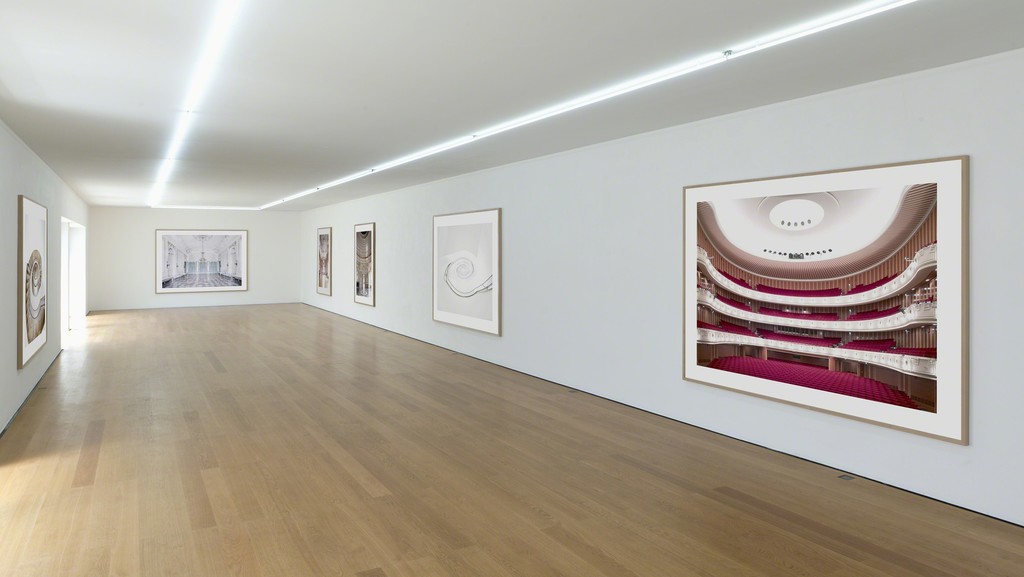 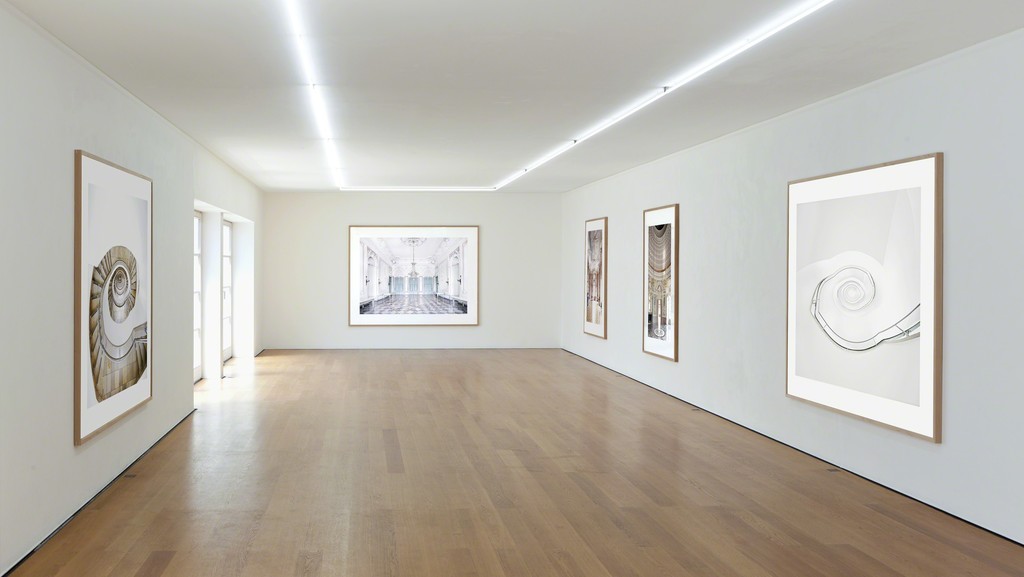 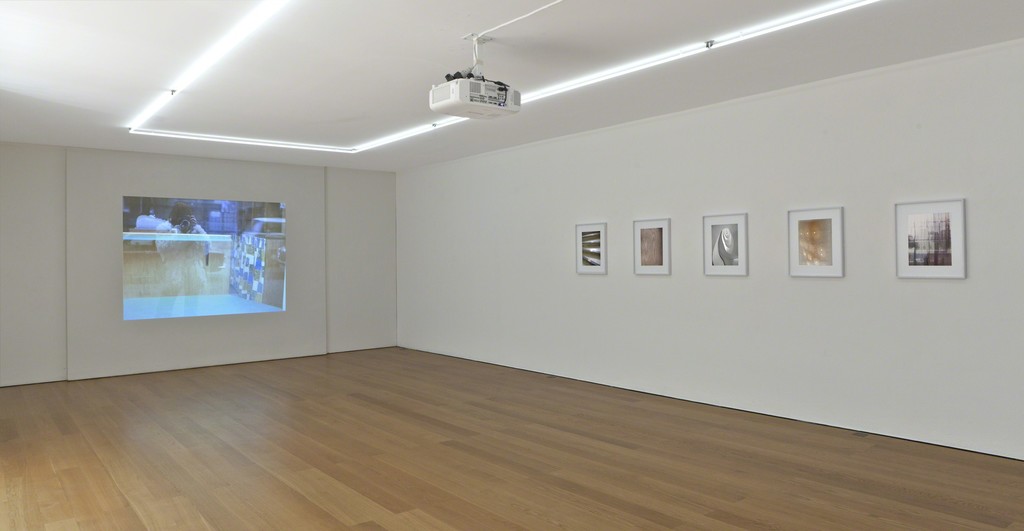 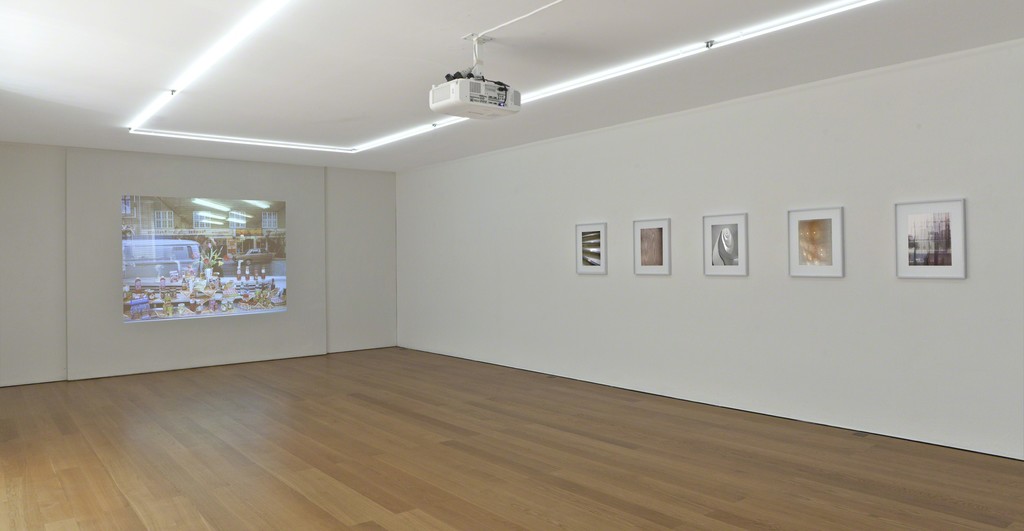 Candida Höfer, born in 1944 in Eberswalde, Germany, is undeniably one of the leading contemporary international photo artists. She is primarily known for her large-format color photographs of mostly deserted interiors of artistic and cultural relevance. Places of knowledge, places of education, places of enjoyment of the arts such as libraries, museums, public rooms of earthly and divine power in palaces and churches, cultural meeting places such as theaters and opera houses, which she composes deliberately matter-of-factly, from a central perspective or a diagonal ideal. What at first glance seems mundane in its perfection, upon closer inspection reveals itself to be a system transcending architecture, precisely reproduced, which is also reflected in the depth of the image. In many of her works, haphazard details such as a moved barrier, a forgotten bucket, or an unsightly floor full of stains break through the strict order of things. Traces of people absent at the time bestow ordinariness and normalcy to what at first glance appears to be an idealized scenery.

Candida Höfer has been exhibiting her work at Galerie Rüdiger Schöttle since 1985, and this year’s exhibition is entitled “Düsseldorf.” The artist associates Düsseldorf with her beginnings, first and foremost with studying at the Academy in the well-known class of Bernd and Hilla Becher (1976–1982). The solo exhibition “Candida Höfer: Düsseldorf” in the local Museum Kunstpalast was dedicated to this subject (Sept 2013–Feb 2014). A selection of these works is now on show in our gallery in Munich.

On the ground floor, “Projection Düsseldorf III 2012” calls attention to Candida Höfer’s early experiences with the medium of film. The installation continuously presents eleven self-portraits with camera, created in the mid-1970s. In them the artist becomes visible only in outlines, as a transparent reflection in the show windows of shops for everyday needs. The wall installation is accompanied by a new, smaller-format five-part picture group, “Düsseldorf I und II 2012.” Mostly untitled and therefore without the customary reference to the place of origin, color surfaces, blendings, and light reflexes move into focus – possibly a new tendency of the artist towards more abstract work. The same is true for two large-format works on display on the first floor, “Neuer Stahlhof Düsseldorf I und II 2012.” Dark spiral lines traverse the almost entirely white image composition. Because of the unusual perspective, it becomes clear only on second glance that the viewer is looking at a staircase, once from above and once from below. Other works, such as “Deutsche Oper am Rhein Düsseldorf I 2012” and works from Benrath Palace, complete the exhibition.