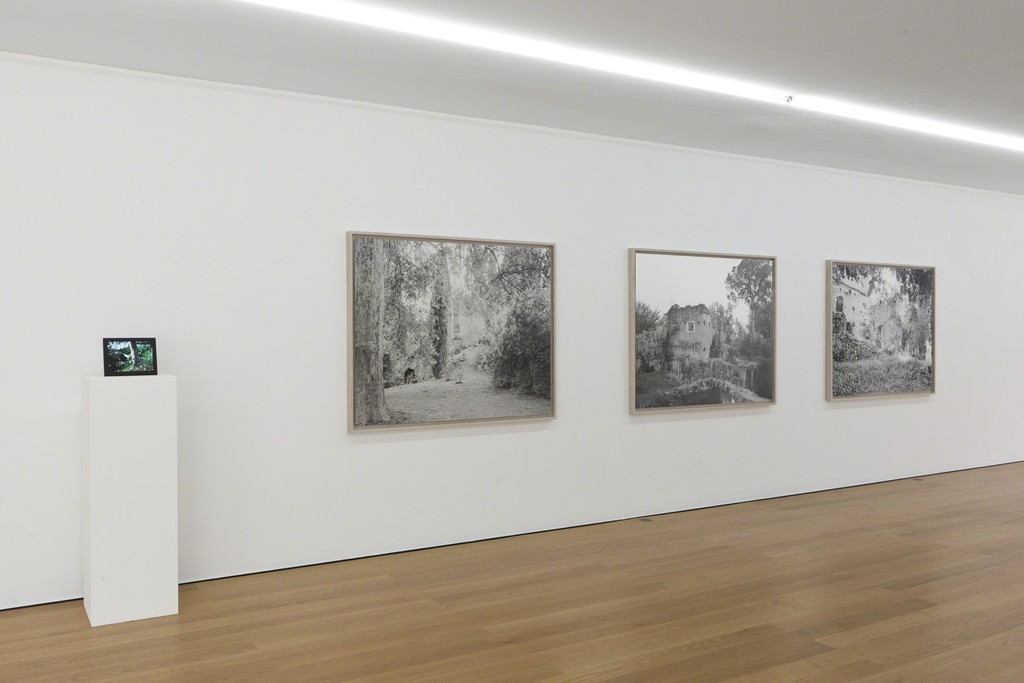 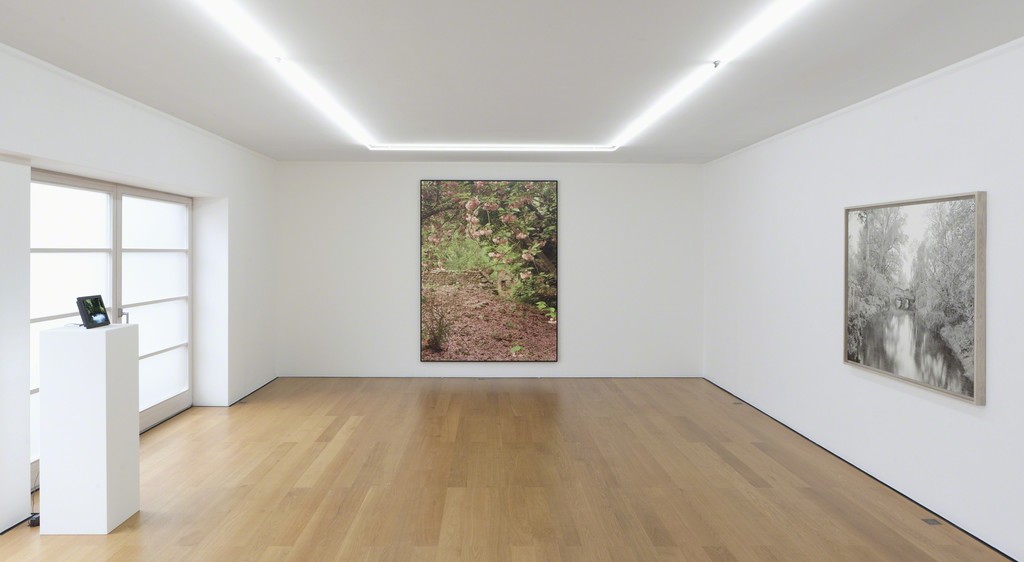 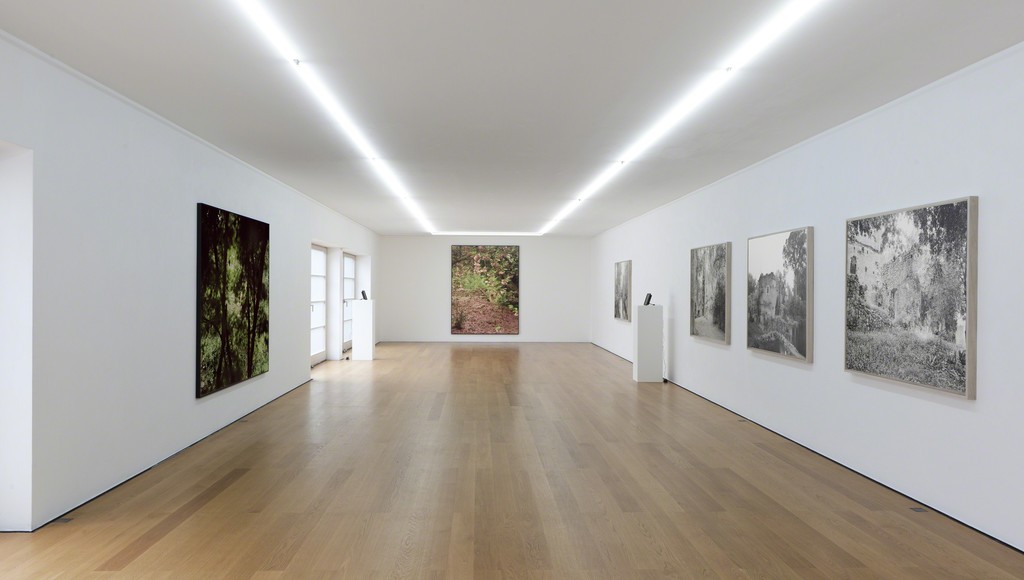 “Only by way of a nymph does nature become landscape.” – Elger Esser
Galerie Rüdiger Schöttle is proud to present the fifth solo exhibition of German photographer Elger Esser. On view are works from his most recent series of landscape photographs, entitled Ninfa (“nymph”), which were created in the eponymous Italian Giardino di Ninfa, south of Rome.
As the area is particularly well protected at the foot of the Lepini Mountains and at the head of the river Ninfa, an ecosystem with a unique flora and fauna, the origins of which date from Ancient Rome, was able to develop there. Its urban structures were abandoned due to the plague and various crusades in the Middle Ages, and were reconquered by nature. In the 16th century, the aristocratic family of Caetani commissioned the construction of an English Garden around this fertile landscape of ruins. For centuries, the enchanted Giardino di Ninfa has attracted artists, literati and poets – among them Giorgio Vasari, Virginia Woolf, and Gabriele D’Annunzio.
In his examination of Ninfa, Elger Esser focuses on the mythological spirit which inhabits this place. The works have titles such as Orseis, Abarbarea, and Nysa, named after the water, rock, and flower nymphs of Greek mythology. In color and in black-and-white, Esser approaches the water- and wildlife sprawling in the ruins and rubble, creating an allegorical set of works which breathes new life into these nymphs.
The high quality of Esser’s one-of-a-kind prints emphasizes the mysterious character of the surroundings in which the works were created. In a special process, the photographs were printed directly on aluminum and coated with Shellac, giving their surface a painterly quality. The photo works are supplemented by video installations which render the movements of the water and its sounds in the Garden more tangible.
Elger Esser (born 1967 in Stuttgart) spent his final school years in Rome. He returned to Germany to study in the famous class of Bernd and Hilla Becher at the Academy of Arts in Düsseldorf (1991–1997). Since then, his landscape images and vedute have been shown in numerous international venues, among them the Solomon R. Guggenheim Museum New York, the Stedelijk Museum Amsterdam, the Kunsthaus Zürich, the Centre Pompidou Paris, and the Lenbachhaus Munich.